World of Warcraft: A Retrospective On Battle for Azeroth

Taking a Look Back Before We Move Forward It’s weird to realize World of Warcraft: Battle for Azeroth has been live for a year and a half. It honestly feels like much more time than that has passed since we set off for Kul’tiras and Zandalar. Part of that is undoubtedly because there have been so many changes in my personal life during this expansion. 2018 feels like a lifetime ago. Additionally, looking back, we’ve covered a lot of ground in-game as well, some paths were disappointingly familiar while others were new and unexpected. So while I’m still waiting in anxious anticipation for the World of Warcraft: Shadowlands Alpha to begin, let’s take a bit of a closer look at some of the good and bad from BfA.

I know I’ve mentioned it before, but I really can not overstate how much I wasn’t excited by the general premise of BfA. I’m not sure there’s anything I wanted less in the game than a full out war between the Alliance and the Horde. It felt pointless. At the end of BfA, I can now look back and see, yea, that fighting was futile. All we accomplished was a ton of death (which was Sylvanas’ goal) and releasing a new horror into the world. The war itself was a sideshow. Which I’m both happy and sad about. But hey, now we have peace! For now, anyway. 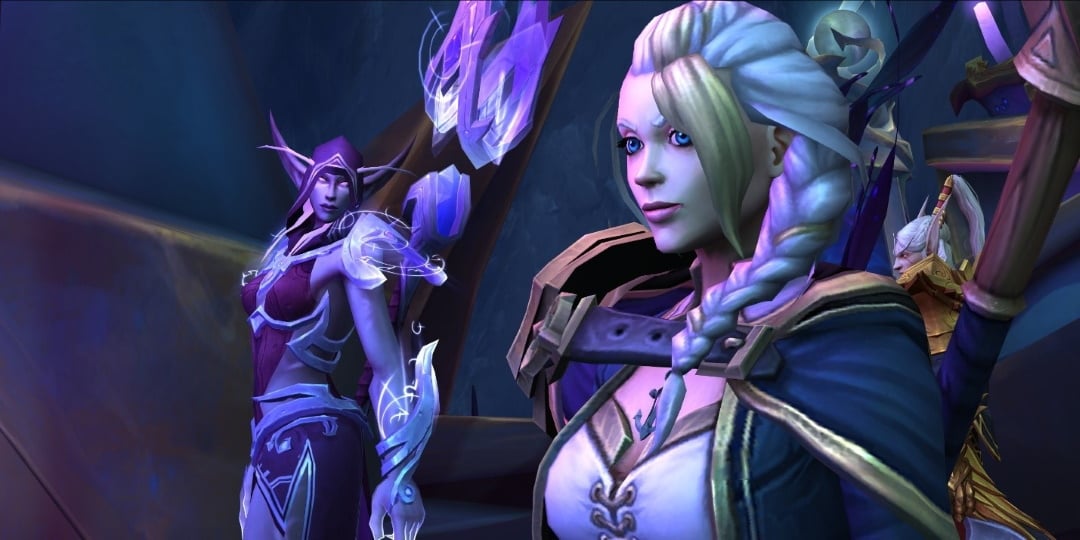 I do also have to admit I am disappointed in not getting Nathanos turning on Sylvanas. I know, I know, there was a better chance of Varian coming back than that, but still! I thought I picked up on him having reservations about some of the choices she was making and thought it’d be amazing. But alas, it was not to be. I now have my hopes hanging on something probably equally improbable. I’m hoping we show-up in Shadowlands, the Jailer is all like “good job Sylvanas, now here’s your reward,” and he obliterates her soul. Not as in she’s dead, but her soul exists in the Shadowlands still, but rather wholly removes her from exitance from this point further. That would make me happy… and I used to like her…

On the other end of the spectrum, I unexpectedly really enjoyed seeing how Jaina’s storyline progressed this expansion. I honestly hadn’t thought about how much Jaina’s story meant to me until I was on the Twisted Nether Blogcast, and they asked me about what my favorite moments of BfA were. I’ve never liked Jaina much. At first, she way too much of a pacifist, and I thought she was incredibly naive even though I agreed with her goals. However, I did always appreciated the role she played for Anduin and Baine because I adore those two. Then the whole Tides of War thing happened, and although I understood how she reacted, it made me sad to see her completely turn on everything she supposedly cared about. By the end of War Crimes, it seemed like she’d get control of things and be ok, but then she had her tantrum at the beginning of Legion and… yea, I was sort of done with her.

With all of that background, it’s incredible to me her story in BfA is what spoke to me the most and is what I immediately think of when considering my favorite moments of BfA. What I had failed to recognize is, at its heart, Jaina’s story is one of wanting to walk your own path in life but still wanting acceptance from her family, which is hugely relatable and mirrors some of the struggles I’ve had in my life. Since World of Warcraft was my first Warcraft game, I generally knew her backstory, but having the opportunity to dive in and see the scars her choices had left was amazing. Also, as much as I loved everything with Saurfang in BfA, the last cutscene with Jaina in Siege of Boralus hits exceptionally well.

It was also great to see how Blizzard expanded on the themes of Saurfang vs. Sylvanas, with their two different ideals of leadership at odds. Although player choice didn’t seem to have as much of a payoff as some people were hoping for, particularly in the loyalist side, I like that they tried to include it, and perhaps in the future, we’ll see more options where we get to choose and influence outcomes. I’ve adored Saurfang for a long time, and as much as I had hoped for a different outcome, I think things played out the best way. If Sylvanas had been struck down, her loyalists would have been a real problem. Instead, she was revealed to be just as selfish as she seemed on the surface. Sure some people still cling to her, but this was a more thorough ousting.

As much as some of the story moments in BfA were great, the systems often left me wanting. Azerite Gear needed more testing before it went live, but it was rushed at the end of Beta. As such, the apparent issue of it’s not fun getting upgrades it feels like you can’t use because you can’t unlock all the powers could have been fixed before the expansion was launched. Plus, the other side of getting an upgrade, unlocking its powers, and finding it has none of your best traits. Sure, adjustments were made in 8.2, but the second major patch of an expansion is way too long to wait on a fix to a core system.

Now we have corrupted gear, which I mostly like. Still, it’s really amplified the problem of getting an upgrade you can’t use yet with the added getting the right corruption or not can make a huge difference in how well you fill your role, particularly when it comes to dps. This situation particularly grates on me because in the wide-up to BfA, we heard a lot about how player choice and use of skills should make the difference in how well a player performs, not RNG. Now we have a situation where players can function correctly at their role, and they will still be overshadowed by people who got lucky with corrupted gear. 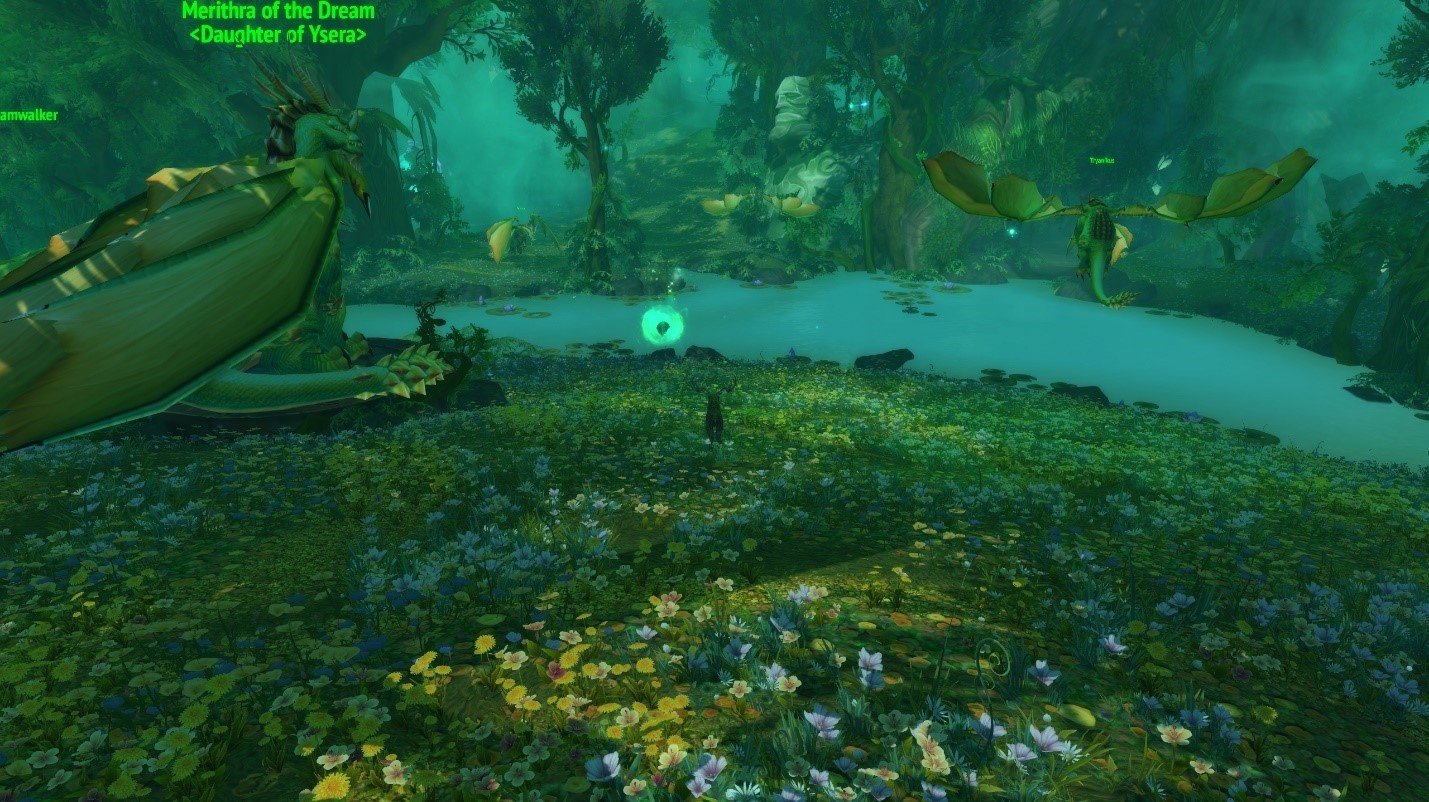 I’m also still annoyed that Guardian Druids lost their artifact weapon ability and weren’t given anything comparable back for it. I loved using it even though most of the time, I just hit it on CD. It was nice to have the utility to resist a knockback occasionally. It felt special as a bear to be like, “no, I’m bear, you no knock me back.” This was particularly frustrating because a lot of other classes had their weapon ability either baked in baseline or added to their talent trees. Considering the Guardian tree is often a litany of uninteresting choices adding the artifact ability there would have been great.

Raiding was all over the place for me this expansion too. I disliked pretty much all of Uldir; it just wasn’t fun. Battle for Dazar’lor was a fascinating concept, and I love that they went for something very different with it, but the random difficulty of some fights made it a pain. Eternal Palace is my favorite raid of this expansion. It was both exciting and fun, but it also felt like the difficulty was appropriate and less RNG determined. I like Ny’alotha, but the boss difficulty seems to vary widely from boss to boss in no coherent way. Plus, the guiding design behind Ny’alotha appears to be, “how much time can we make the players waste just traversing the raid.” Which also seems like the real reason useful skips were taken away. I wish they’d go back to a skip set-up similar to Nighthold. 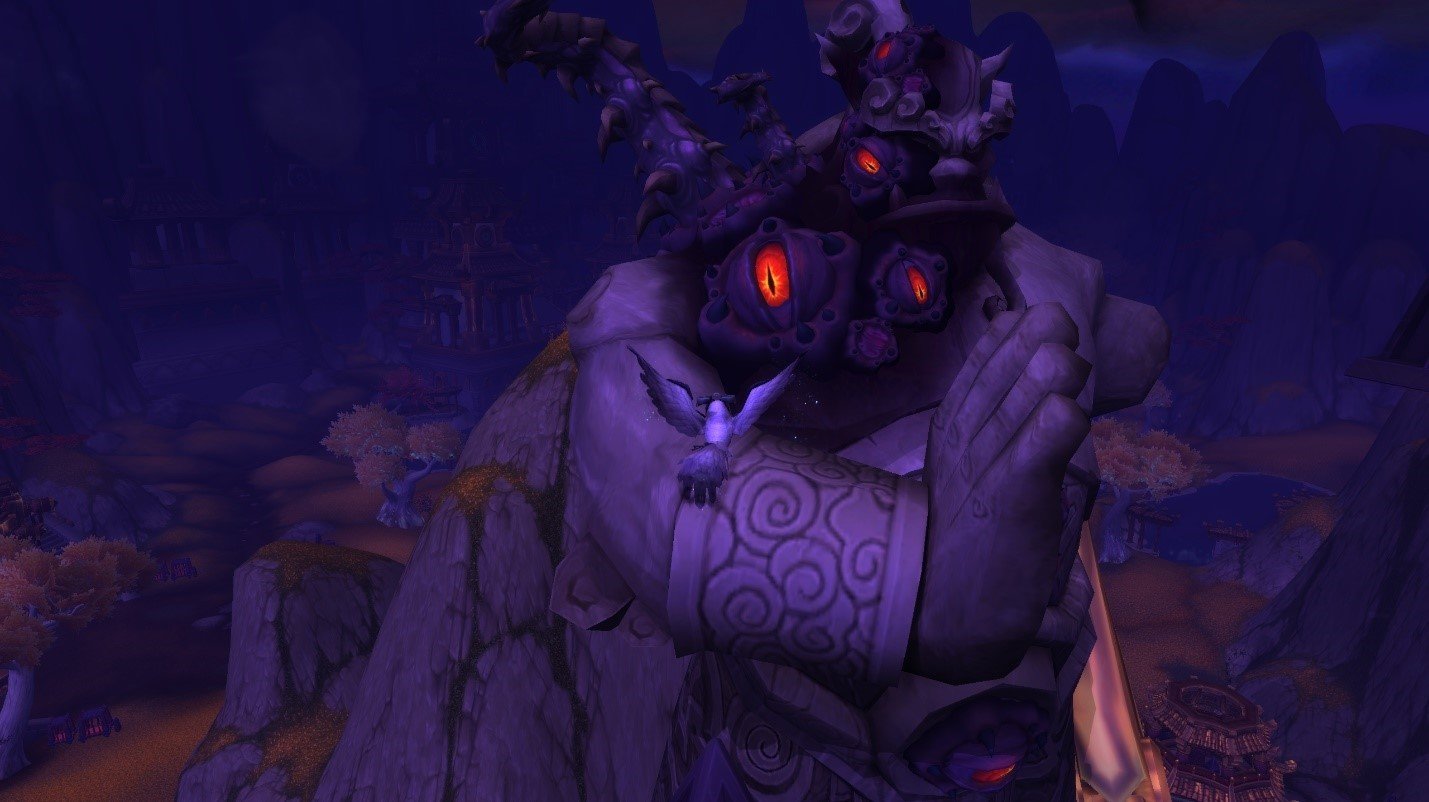 I also hope in Shadowlands Professions get some real love. First of all, the scrapper was a cool idea, and I have used the heck out of it, but it killed the market for a lot of materials. Tailoring, Leatherworking, and Blacksmithing also suffered from the problem of being able to make cool gear, but a lot of it is BoP. I often found when I would finally have all the mats to make something, I already had better equipment. I couldn’t sell any of the good stuff, so being a leatherworker felt pointless. Also, I’m sorry, but introducing new, better flasks and feasts in the penultimate patch is a terrible idea. I love Nazjatar, but going back to get mats for cauldrons is the last thing I want to do. You can just forget about Mecagon and working on getting more spare parts. Please don’t do this in Shadowlands!

Overall, Battle for Azeroth has been a real mixed bag. The changes they made in 8.2 did help a lot, and the expansion, in general, is in a much better place than it was when it launched. Hopefully, moving into Shadowlands, the story and systems can walk in concert together rather than having one be well done, and the other be frustrating.