The last couple of weeks have given us not only the release date for Shadowlands but also the first two episodes of “Afterlives” have been released. In the same way, Warbringers, Harbingers, and Lords of War set the stage for BfA, Legion, and WoD, respectively; Afterlives gives us a peek into some of the happenings in the shadowlands before we arrive there. If you’ve missed any of these, I strongly recommend checking them out. Not only are they interesting, but they are always very well done and a great intro to an expansion, especially for anyone who not super up on the lore. However, before we can get to Shadowlands, we have to do Pre-Patch!

For anyone not familiar with the “Pre-Patch” term, it’s the patch before a new expansion goes live. During pre-patch, all of the significant system and class changes will go into effect, and generally, there is also an event which takes place and is only available during pre-patch. This time around, all character levels will be squished down (max level until Shadowlands goes live will be 50), all corruptions on gear will become inactive, and the class talent and ability changes will also go live. However, the Heart of Azeroth Essences and Azerite Gear Talents won’t become inactive until we head to the shadowlands.

In addition to Shadowlands expansion changes going into effect, the pre-patch event is a scourge invasion. Although this will be the third scourge invasion longtime players of WoW will have seen, it’s only the second time Blizzard has done a zombie infestation as well. The infestation is straightforward in that NPC zombies will attack and can cause players to get a debuff on them, which, when it reaches zero, will then turn the player into a zombie and infect other players. There are also plagued roaches, which, when they are killed, will also cause the player who killed it to get the infected debuff. As a zombie, players get a whole new set of skills to use, and it can be a lot of fun running amok in Stormwind or Orgrimmar. Of course, when all of this went live on the PTR, it caused no shortage of consternation among players. 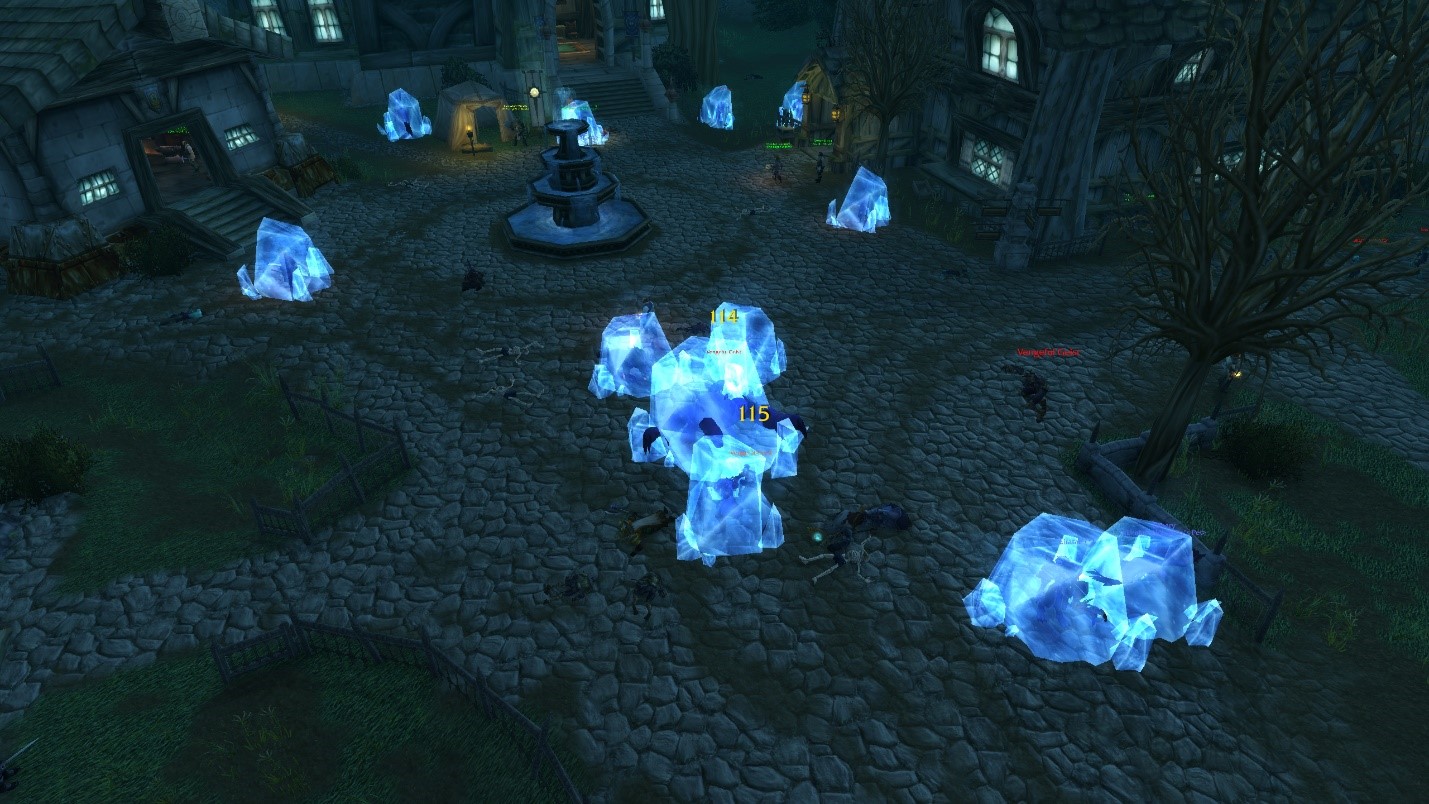 The main issue is trying to do anything which isn’t the zombie infestation becomes challenging to do, mainly because player zombies like to hangout at quest givers and other spots where lots of players tend to gather. Since this event also comes with a whole questline that takes place in the zones around Stormwind and Orgrimmar, there’s ample opportunity to camp out and potentially infect as many players as possible. However, one positive change from the last time the zombie infestation happened is that Blizzard seems to have made it more difficult to spread it to the rest of Azeroth. One of the first things I did when I got infected was to hearth to Dalaran, but when I arrived, I wasn’t infected anymore. However, I was able to carry it to Boralus through using the portal in the mage tower, so it’s not a perfect system yet.

The main thing to understand is two separate events are going on. There is the scourge invasion and the questline, which takes players to Icecrown and sends players on a goose hunt for Nathanos. Then there’s the zombie infestation, which adds a bit of a PvP aspect to everything. It isn’t surprising some people would want to take part in the first event but not the second, as not everyone likes PvP or having their class and race abilities taken away and replaced by other abilities. Blizzard could make the infestation only active for one of the weeks of the invasion, but that’s no fun for anyone who misses that week and would want to participate. Honestly, the best solution probably would be to leverage the Warmode system. An infestation is essentially a PvP event anyways, so being able to opt-in with Warmode makes sense. Even doing something where for most of the invasion, players had to opt into the infestation by selecting Warmode, but then at the last week, before Shadowlands dropped, the infestation would affect everyone, would probably be the best solution. 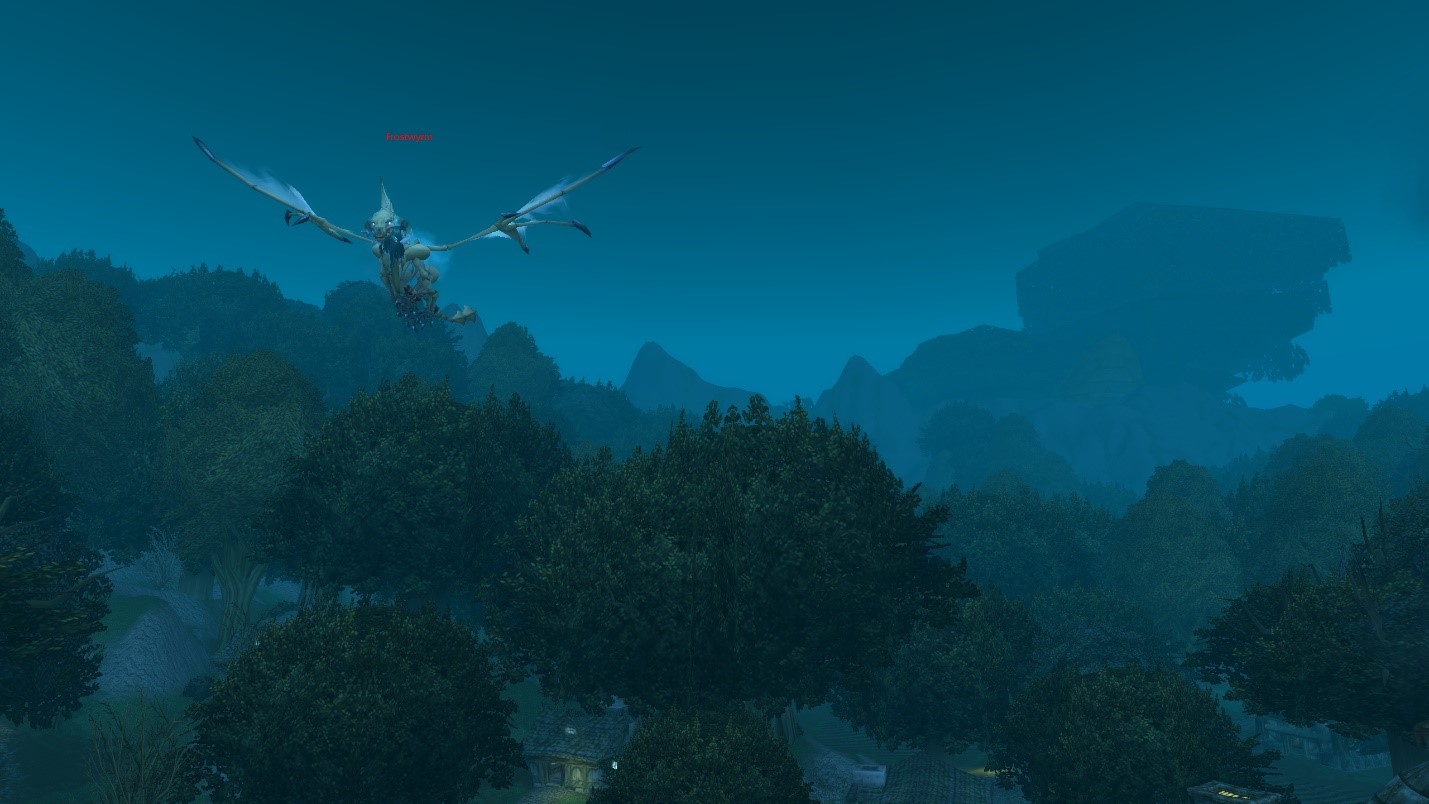 Vote on the Next Free Mount!

This past week Blizzard announced they are having players vote for the next mount, which will be given away for free to everyone who owns Shadowlands. The four options are a Wandering Ancient, a Soaring Spelltome, a Nerubian Swarmer, a Curious Caterpillar, and a Gooey Slimesaber. The only other time I can remember when Blizzard has done something like this was for the Azeroth Choppers promotion. However, one notable difference is this time, we don’t have any concept art or anything to go off of other than a description, which is honestly disappointing.

On the upside, this led some community artists to put together some ideas of how they think the mounts might look. You can see a lot of the different designs on Wowhead’s article about it. One interesting thing worth noting is there’s a wide variance in what each mount looks like. This is precisely the problem with only giving us a description and no art to know what the blizzard artists are thinking; there’s just a wide range of interpretations. Unfortunately, no matter what the artists were thinking, the mounts are unlikely to look like any of these concepts, because that’d get into a whole bunch of legal boondoggles. 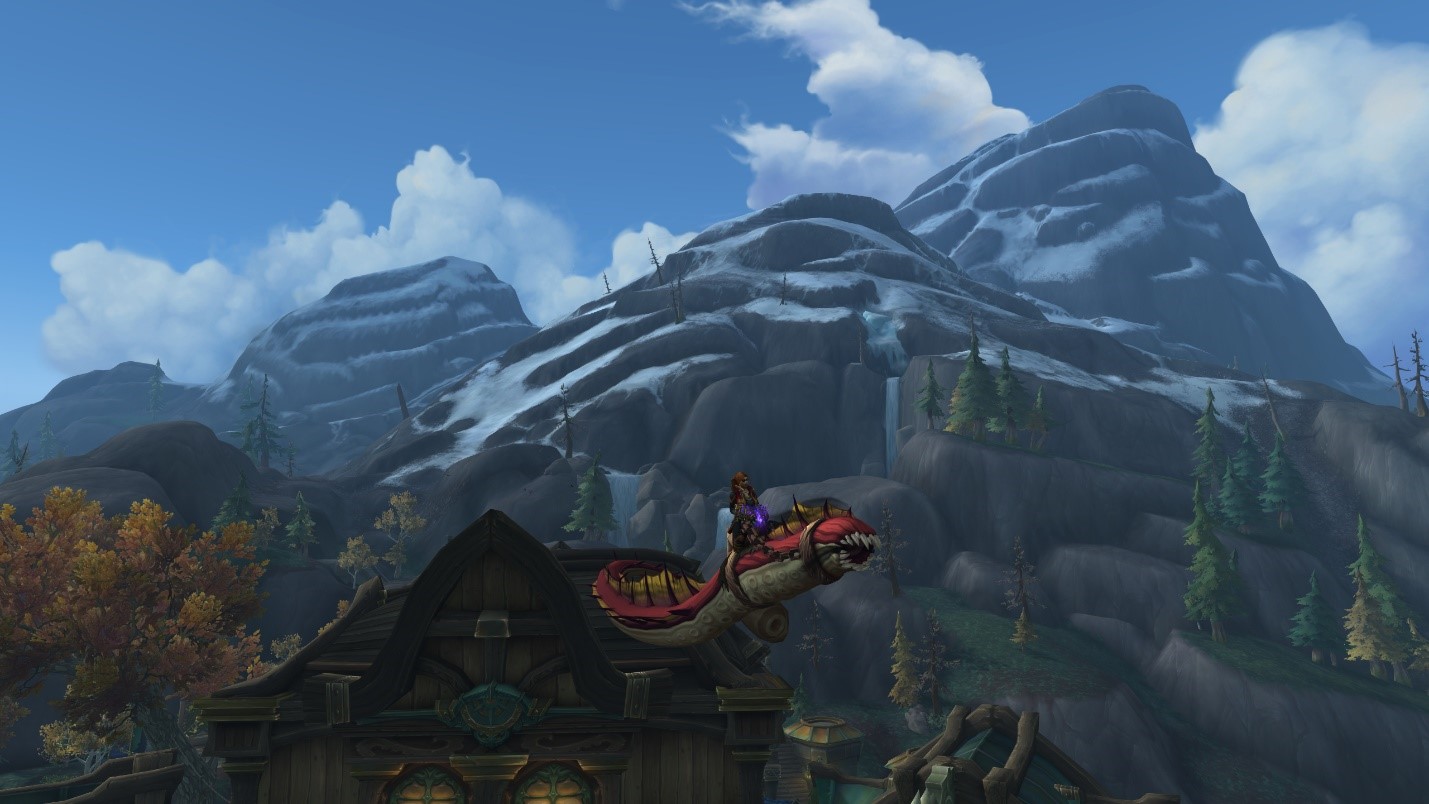 Personally, I’d like to get the Curious Caterpillar because I don’t have any other mount anything at all like it. Plus, it’ll probably fit in well in Ardenweald, which is where I’m going to be spending a lot of time. Though truthfully, as a Druid, I’m unlikely to use it much, so it’d probably be relegated to my alts. Another frustrating aspect of this vote is there are different polls in different regions, and I can only see the one in my region. So, although it looks like the Wandering Ancient is winning, who knows how it’s going in the other regions?

Either way, if the Azeroth Choppers promotion is a good template for this, we’ll likely see all of them in the game eventually. Hopefully, though, they’ll stay in the hundreds of thousands gold range rather than the millions of gold range.