World Of Warcraft - Adventures in Torghast and Dungeons Although I had been hoping by this point, we’d have the Ardenweald available in the World of Warcraft: Shadowlands Alpha, in the last two weeks we haven’t gotten another new zone. My best guess is the other zones are probably less complete than the zones we have gotten so far. It’s also worth noting Revendreth is far more buggy than Bastion was, going so far to involve a bug that still locks a character out from being playable during the main storyline. So perhaps the other zones are in even less of a “ready to test” state. Instead of a new zone, we have gotten a ton of Torghast updates and another dungeon, Mists of Tirna Scithe. 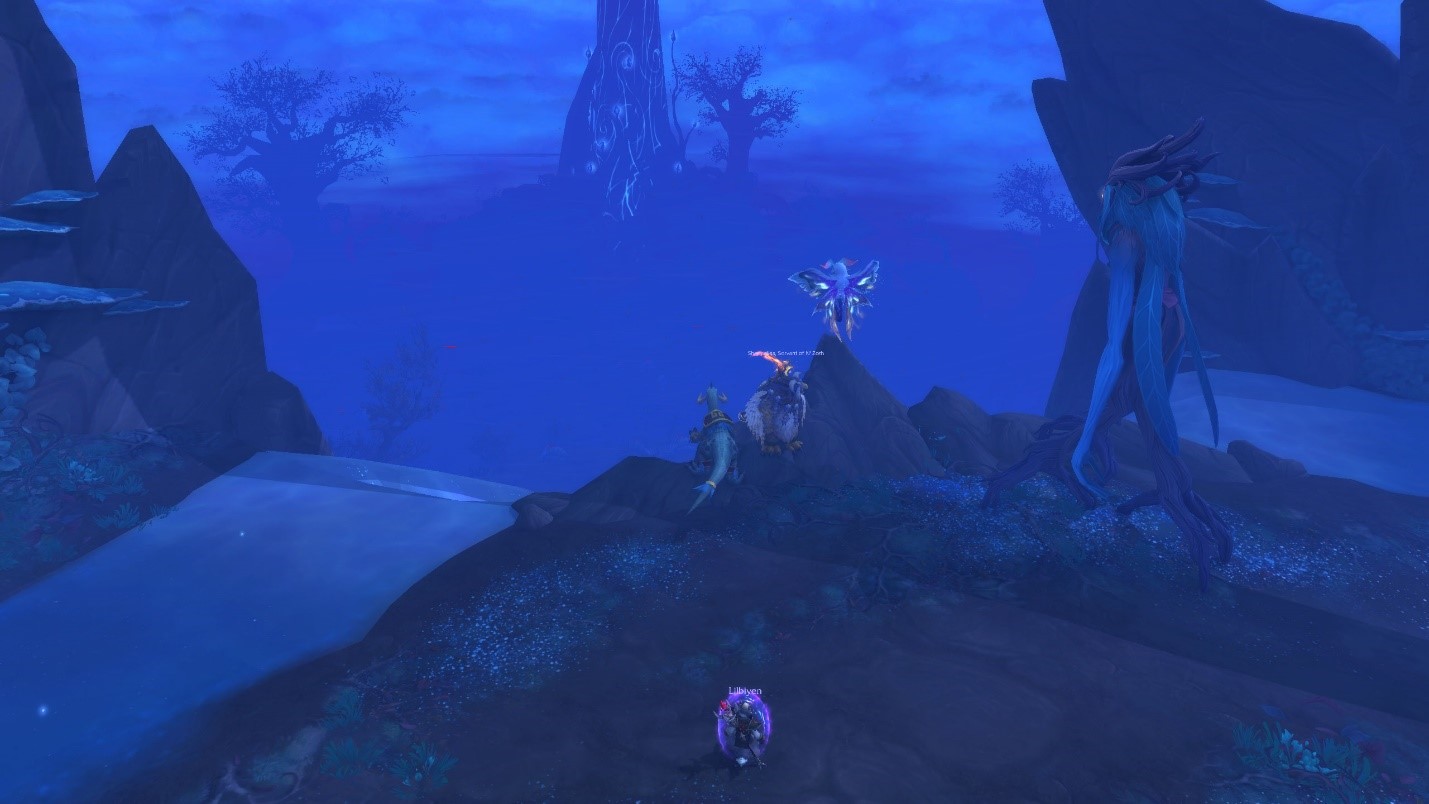 Not having done the storyline in Ardenweald, yet I am not exactly clear on the story and context in which this dungeon takes place. Nonetheless, our old friends the Drust seem to be up to more shenanigans in the Ardenweald, and our task seems to be to thwart them. The dungeon was straightforward for the most part, and there only appears to be three bosses, which so far groups I’ve been in have dealt with mostly with ease. There is one area that seems only to be accessible with herbalism, and no one has had that yet, so I’m not sure what’s back there.

There is a sprite/mothish lady who is a bit puckish in her dealings with us. For one thing, she puts us all through a bit of a maze after the first boss. There is a bit of a trick to finding your way through, and figuring that out has been a fun process. However, there is one massive drawback to the maze. If anyone in the party tries to go the wrong way, the entire group is transported back to the beginning. Luckily, the paths which had been previously cleared remain so, which makes getting back to where you were a mild inconvenience at worst. I am more concerned about how people might troll with this and purposefully go the wrong way to mess with everyone because, of course, they will. One way to effectively prevent that behavior could be once a player triggers the teleport a few times, they lose the ability to clear the path or trigger the teleport again for some time. I don’t know if that’s the best solution, but it would maintain what is fun about the mechanic while limiting the ability of players to mess with each other. 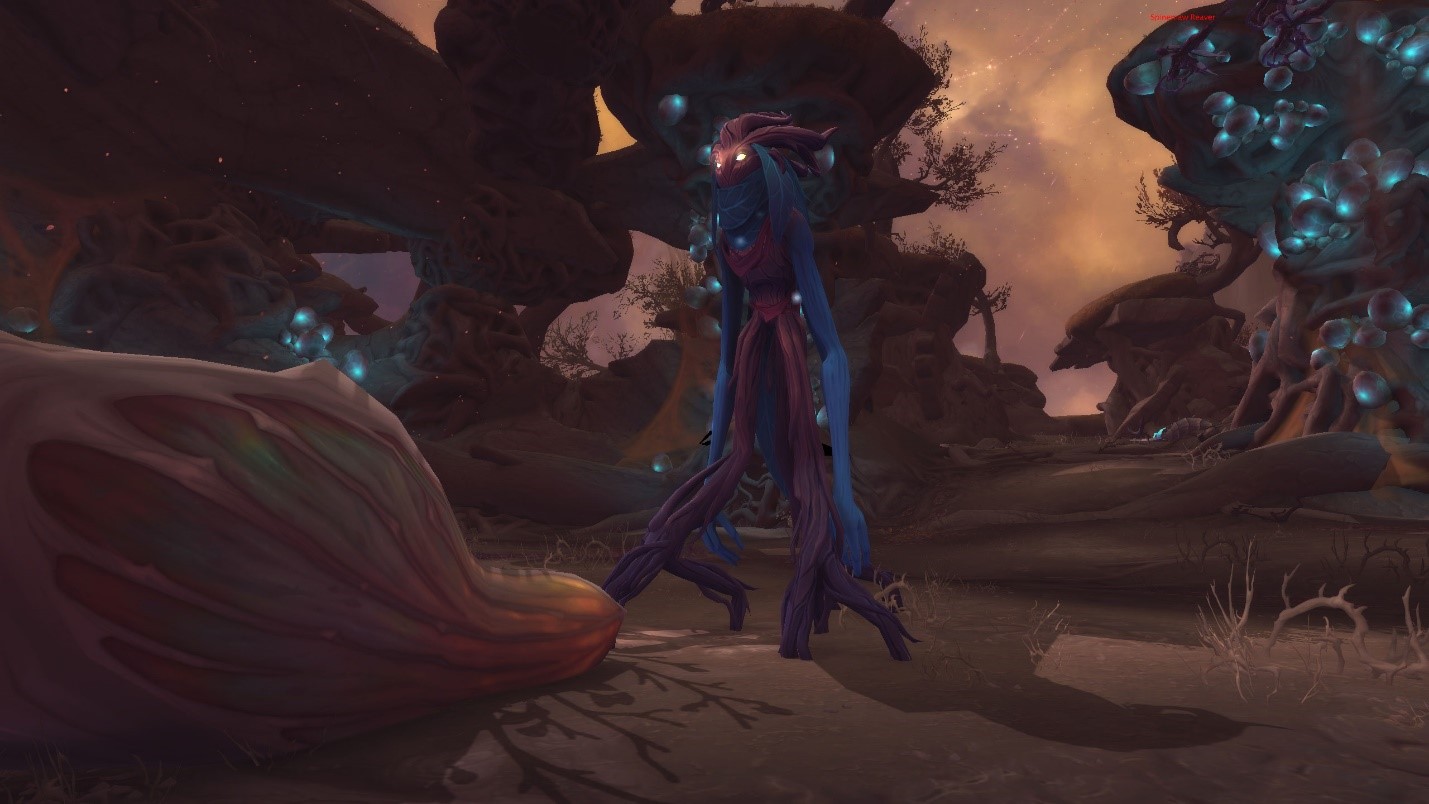 The path through the dungeon is also winding and not necessarily distinct, but I’m sure the fastest route through will be found in no time. Heck, if there’s any way to tell ahead of time what the path through the maze is, I’m sure the M+ crew will figure that out quickly as well. In addition to everything else, the scenery is gorgeous and full of beautiful views. Some of the creature design is also reminiscent of Hob, which is a delight to see. I really can’t wait to set foot into all of Ardenweald and poke at all the things there.

There have been quite a few changes to Torghast over the last few weeks, including the availability of more classes to run around in the tower. I thankfully got to run around as a druid in there, which was more interesting just due to having a much better understanding of my class and spec than I do for Demon Hunter. Anima powers are still pretty insane and stack together, which means after spending awhile in there things get silly quickly. How silly, you ask? Well, one power I got would randomly turn a mob I got into a chair, which could still be looted but not sat on. At one point, my friends and I had almost 60 anima powers, and it was a ton of fun, but also completely insane.

One downside which remains is starting Torghast over with no powers feels like a huge letdown after running around all super-powered up. I’m not sure what a good fix for this would be or even if it is something that should be fixed. If we started with more powers, in the beginning, everything would be utter insanity that much quicker, and the problem of feeling weak when starting a run or just out in the world would persist. I wouldn’t want there to be an upper limit to how many powers can be obtained because that would fundamentally change the playstyle. For example, right now, killing everything and breaking all the vases is ideal, so no chances at obtaining powers will be missed. As a result, running through levels like a wrecking ball is incredibly satisfying. If there were a cap, I’d be more inclined to skip around and try to avoid things more, which feels underwhelming because that’s how all the other dungeons and raids are played. It’s nice to have something completely different in Torghast. 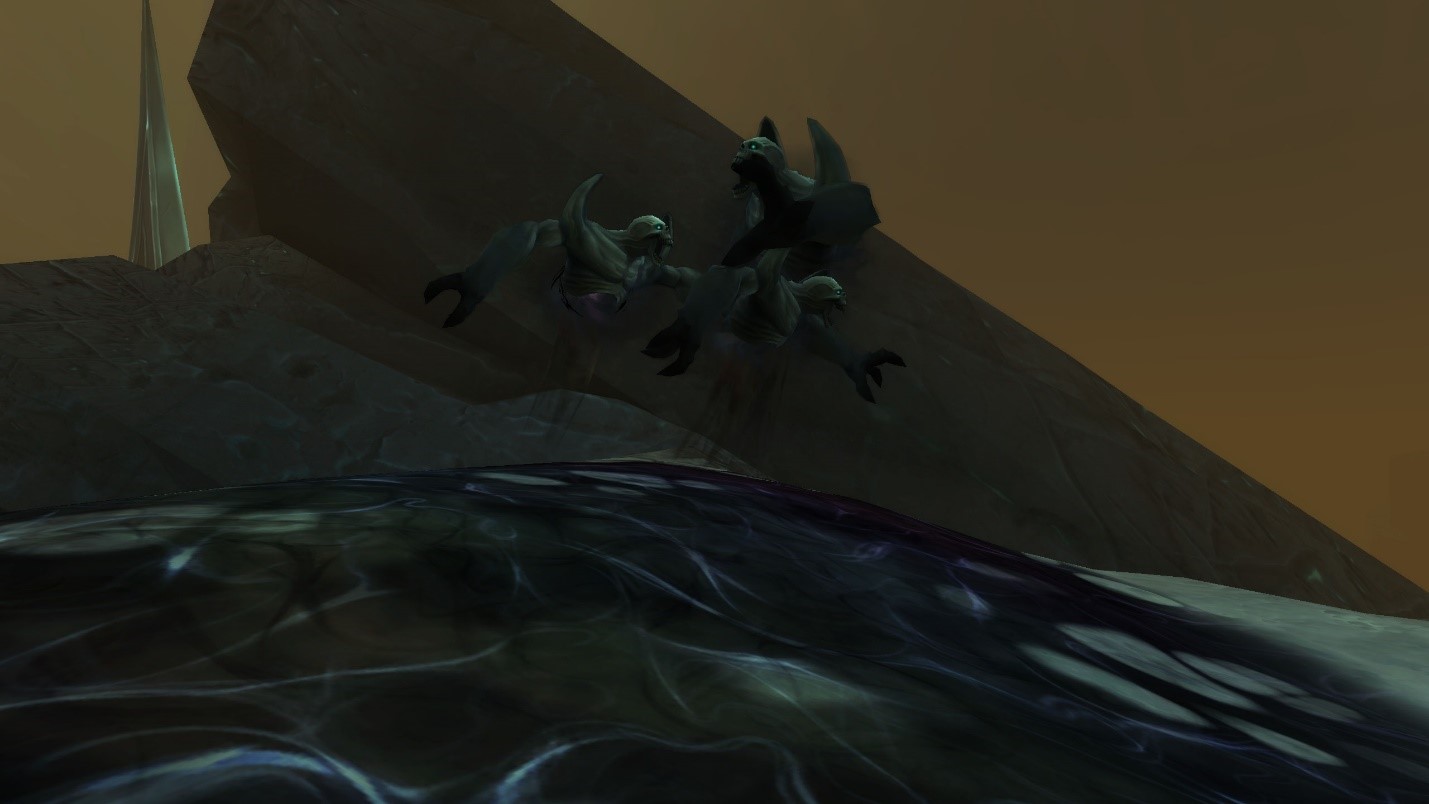 Another thing which was added in the upper levels is a debuff where if you stay out of combat for too long extra mobs will spawn in. I was initially a bit worried about this addition because it seemed to similar to a timer being added in, which I don’t want. After all, I like wandering around and exploring without any pressure to go faster. This new debuff didn’t lead to us playing any differently than we would have without it.I’m not sure if the mobs which spawn in don’t scale up with the number of players or not, but they weren’t at all threatening. They were just something else to be killed, no big deal. The timer is also extremely forgiving.

One other thing I discovered in Torghast this week is the mawrat mount, as a Guardian Druid, is incredibly disappointing. Initially, it wasn’t just frustrating because I couldn’t transform into a bear while on the mount. Don’t get me wrong, as much as riding a mawrat as a bear would be awesome; I don’t expect that to happen. Instead, I expected transforming into a bear would dismount me. What happened instead is I just couldn’t transform at all. Things got even more frustrating when I took the ability to stay on the mawrat in combat. Either being able to fight on the mawrat while a bear or letting transforming dismount the druid would be fine, though. As it currently is, it’s just too frustrating to use. 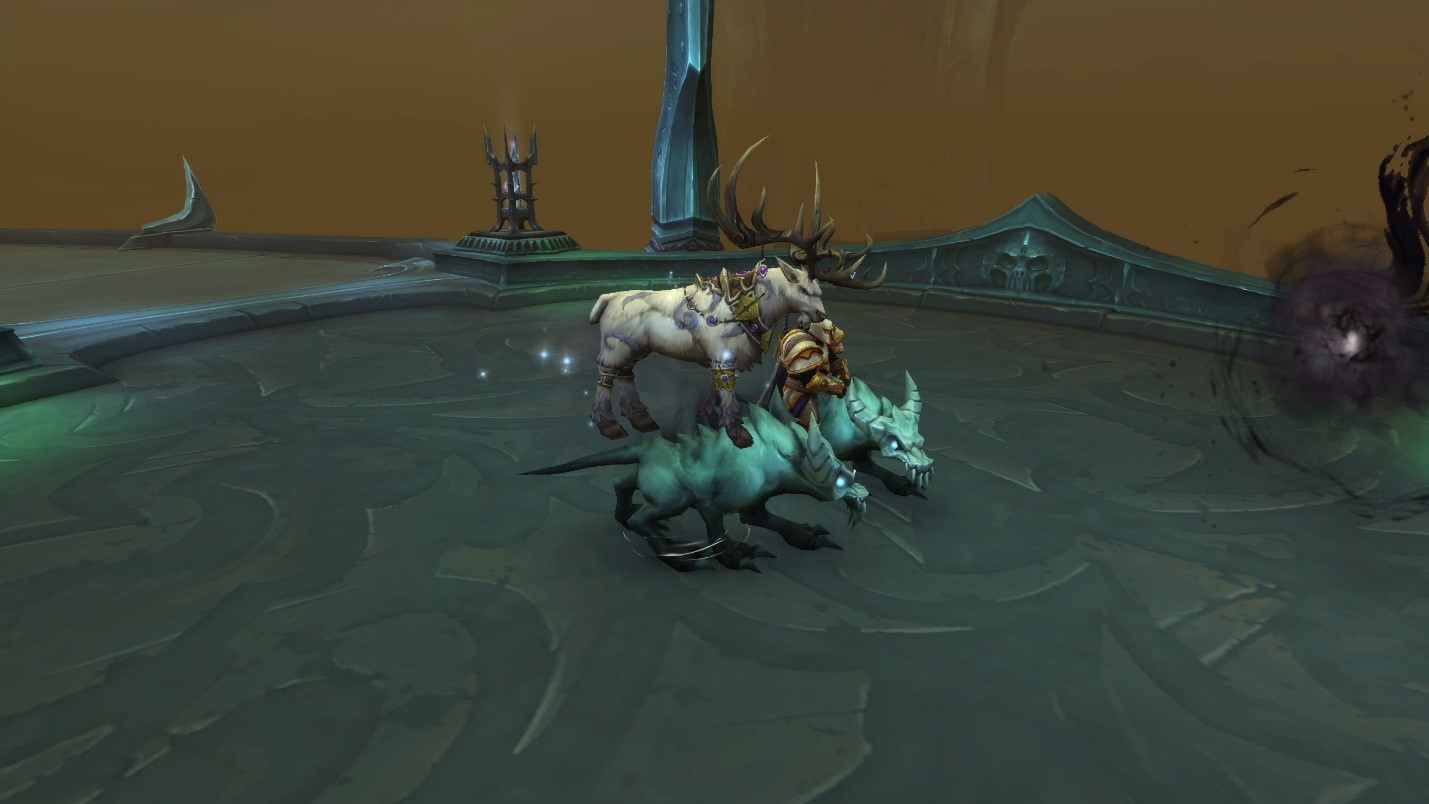 Last but not least, the whole lobby area in Torghast has received an overhaul and looks like an actual lobby now. Some doorways contain portals and can take players to the various parts of Torghast, which exist. If this is a closer representation of what the final lobby will look like, It’s a solid concept. Especially if portals unlock as players progress through the story/make more progress in the tower itself.

Hopefully, we’ll see Ardenweald soon, and we’ll get more classes into Torghast. Right now, it feels like Blizzard’s attention is focused on Torghast, which makes sense because it’s not only a huge draw for the expansion but also probably one of the harder aspects to get right. There are many ways to ruin the experience, and I’m still hopeful they will manage to thread the needle between putting needed restrictions on it without destroying all the things which make it an absolute blast in the first place.