Whether you’re an avid mobile gamer, or you don’t play them at all, it may surprise you to learn that the Google Play Store is home to more than 250 MMORPG’s. It can be really difficult to navigate through everything available, and determine what other players have been playing. That’s why we put together this list of the top five most downloaded MMORPG’s on the Play Store.

Each MMORPG on this list has at least 10 million or more downloads on Google's app store alone, and some of these games are even multiplatform. It’s important to understand that we base this list off of total downloads, so naturally, some of these games are a little older, and these numbers may not be indicative of how active the players are now. It is, however, still quite noteworthy to see what has topped the MMORPG total downloads charts in 2022. This list ranks them by the lowest user score to the highest, so lets dive in, and check them out.

Black Desert Mobile is one of the fastest growing mobile MMO’s on the market. Pearl Abyss knows a thing or two about making a good MMORPG, and when it comes to building their mobile version of Black Desert it’s very hard to deny how advanced it is over other mobile MMO’s. With over 30 options for classes, the ability to build your own camp, customize your gear, craft, gather, and so much more, Black Desert Mobile feels like it covers just about all the MMORPG bases. 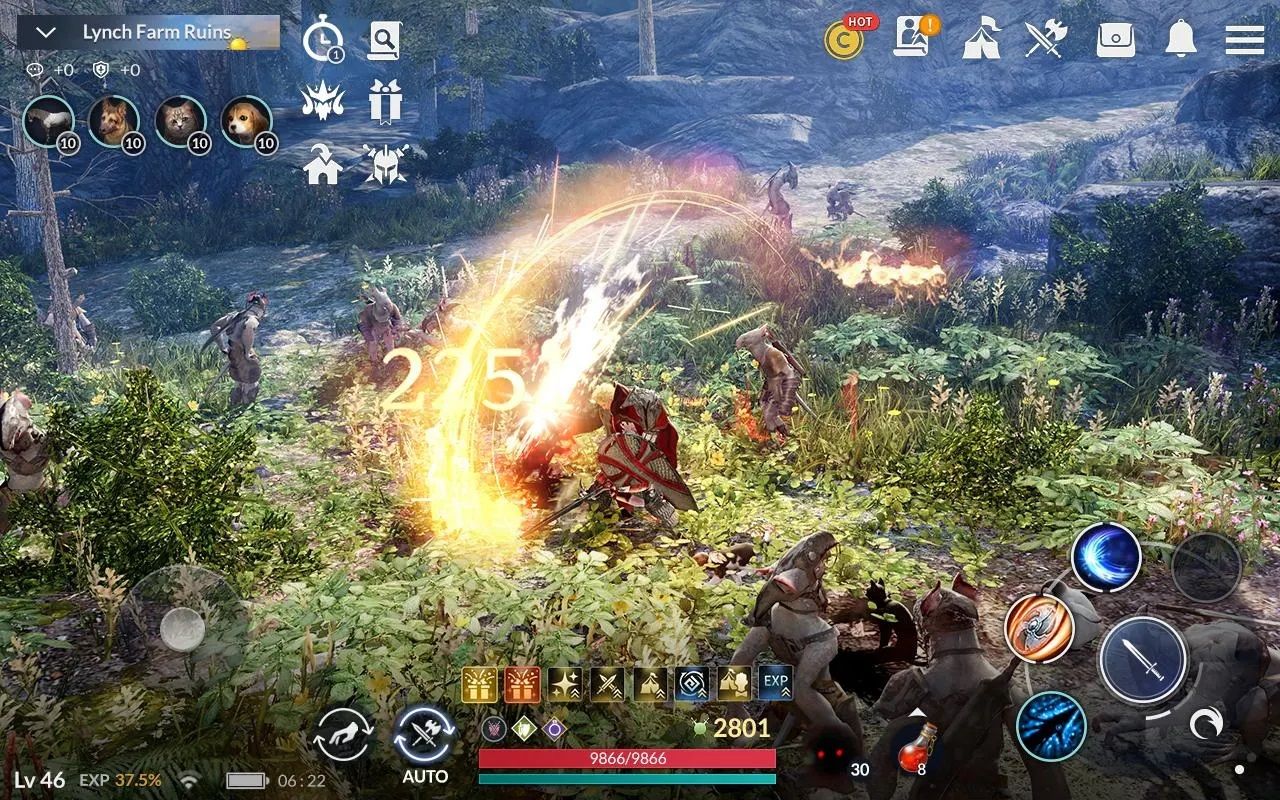 While the game does have autoplay, and an extremely expansive cash shop, there’s enough here that even free to play players will have enough entertainment for quite some time. Unfortunately, BDM doesn’t allow for cross play between console, PC and Mobile, as the mobile version is completely separate. With over 10 million downloads and climbing, and a score of 4.1 on android and 4.6 on iOS, this is one game where MMORPG players looking for a host of intricate systems and fast paced auto-play enabled combat, you can’t find a better one on the market.

Avabel Online originally released in 2013, and was touted as having exceptional graphics and action-packed battles. It was actually stated that, at the time, the graphics were second to none, and at that time, it was probably true. Now, nearly a decade later, the game doesn’t quite look as advanced as some of the newer MMORPGs available on Mobile, but the graphics have aged better than some of the other games over the past decade. Avabel is one of the few mobile games where players will truly experience real massive battles with the Tower War, a 1000 player PvP match. When starting the game players will have the choice of playing 9 base classes with over 80 expanded class options. 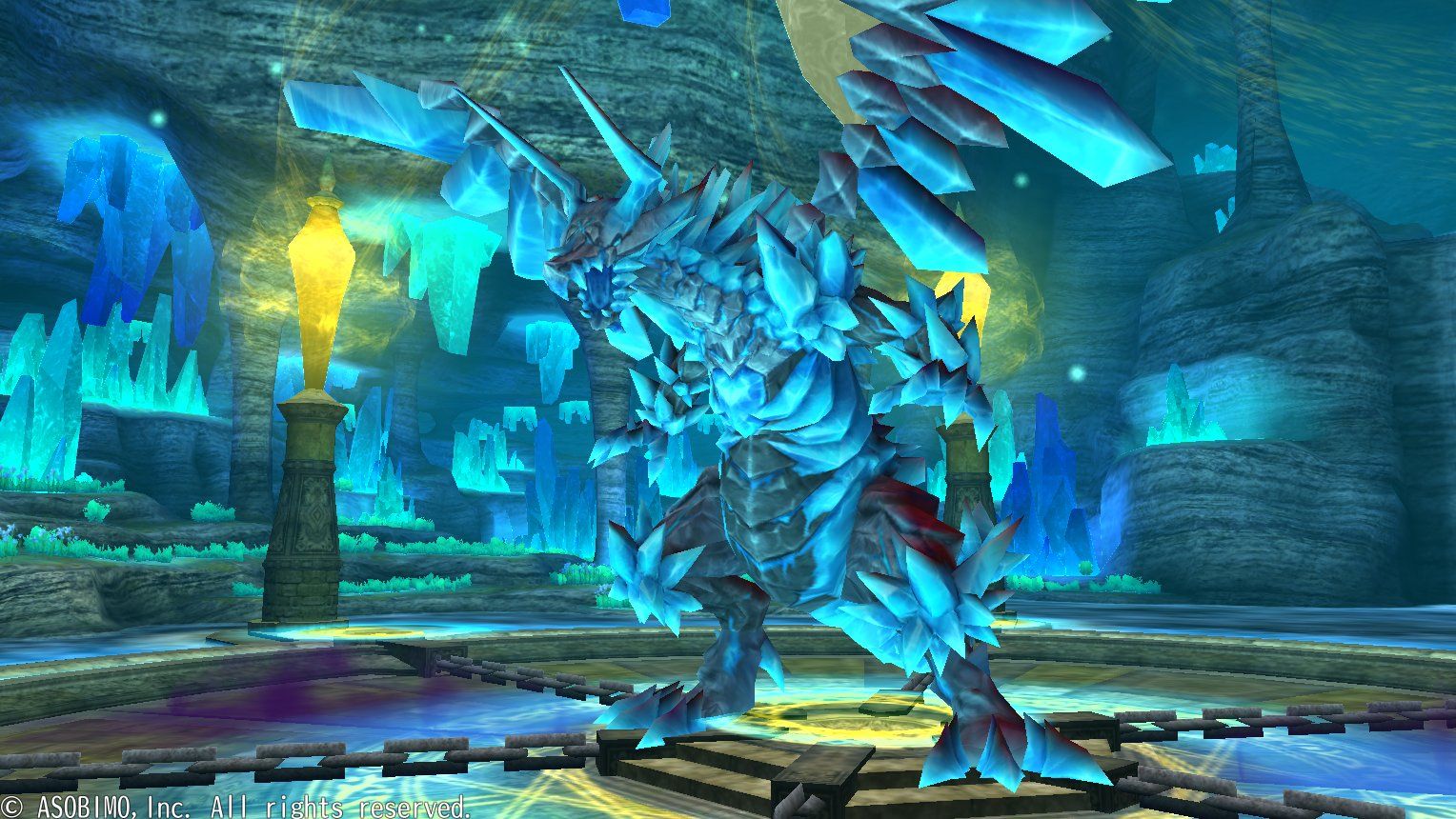 Avabel has extensive auto-play features, like auto pathing and auto-battling, which, in many ways, can feel like an idle game, but, having been on the store for so long, developer Asobimo has added enough here to keep players interested. After all this time and close to 470,000 reviews, Avabel has still managed a 4.2 rating on Android and a 4.5 rating on iOS. You can also play Avabel on PC, as the game finally released their PC port back in October of 2021.

School of Chaos Online is a really weird game. Sometimes, weirdness is enough to bring curious gamers into the fray, and with over 10-Million downloads on the Play Store, a 4.3 rating for Android, and 4.5 on iOS, it’s clear that weird can pay off. In School of Chaos you begin your journey in, you guessed it, a school. The teachers have disappeared, and have likely been eaten by zombies. Now the kids, meaning you and all the other players, run the school. If that wasn't enough to hook you, perhaps some of the other game features might. In School of Chaos, you’ll be able to make your own quests for other players, buy pets and train them to battle with you, upgrade your equipment, and travel a very large 3D, school-inspired landscape. 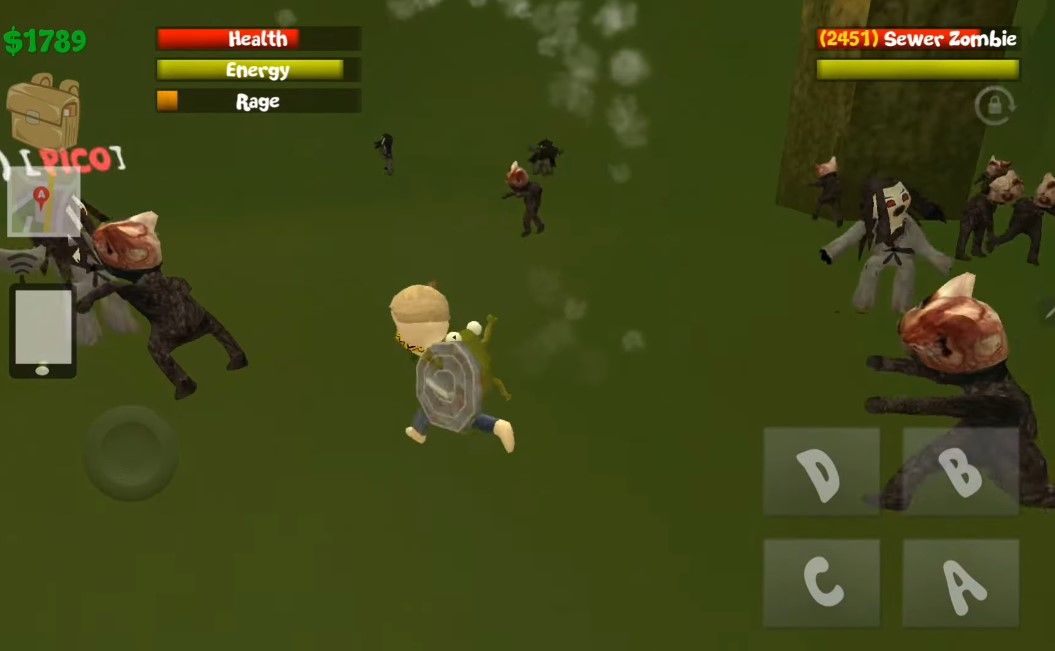 Few games can pack an entire MMORPG into a school-sized world, but VNL Entertainment has managed to do it. The game is actively being updated and worked on, along with their follow up game City of Chaos. For now, though, if you’re looking for something really weird, where you can outfit your character with foam swords and origami throwing stars, this might just be the game for you.

Have you ever heard of Toram Online? If you haven’t then it may be quite surprising to learn that it is one of the most downloaded games on the Play Store right now. Initially released back in 2015, Toram has grown over the years, and is now one of the top rated games on multiple platforms with aggregated user scores sitting at a 4.5-star rating on Android and a 4.7 on iOS. The game also released on Steam in late 2021, and has since obtained a 75% positive rating, showing that not all mobile games are completely hated on PC. 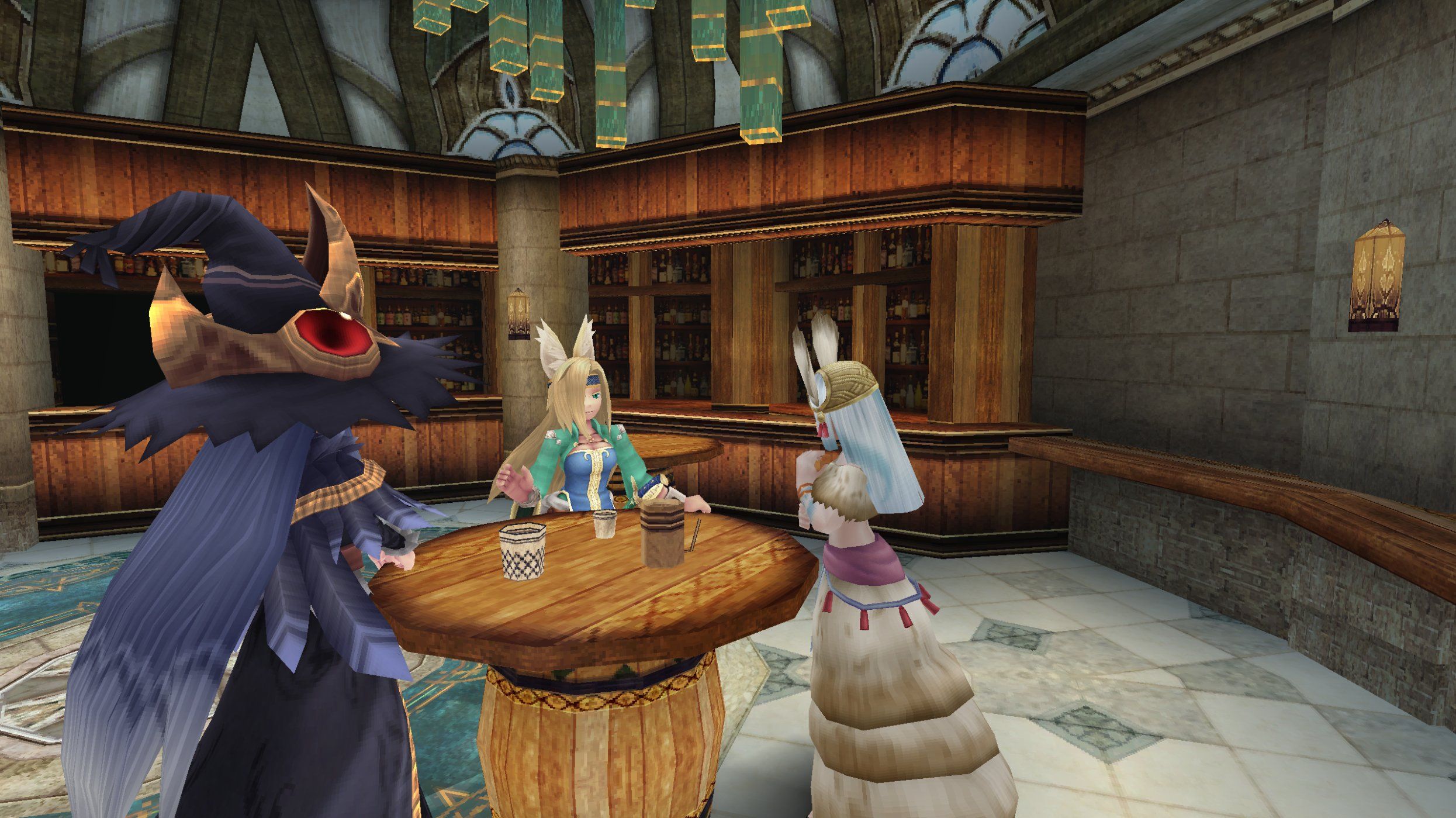 In Toram Online, customization is the name of the game. Toram touts over 500-billion character-combinations, yes Billion with a B. Your character will be able to choose from different weapon choices, like bows, fists and swords, and you’ll also be able to cast spells if you choose. As much of an MMO as Toram Online is, the game is also quite accessible. If you choose, you'll be able to group up with other player characters, even if they aren’t online, with the Mercenary system. This means you’ll never have to play alone, even if your friends are too busy to log in! If you’re looking for an older style MMORPG that has cross platform play, and a whole host of customization options, Toram Online should be the one to try.

Sky Children of the Light

At the top of the list, or bottom in this case, is Sky: Children of the Light. This MMO is unlike any MMO you’ve ever played. We’ve had this game on previous lists before, and for good reason, it's a breath of fresh air. Where many MMO’s require that you travel the world, killing enemies, and getting loot drops, Sky has a completely different pace. You won’t be whacking away at enemies with swords, but instead, you’ll be taking to the skies, solving mysteries and puzzles, making new friends, and earning new cosmetics. 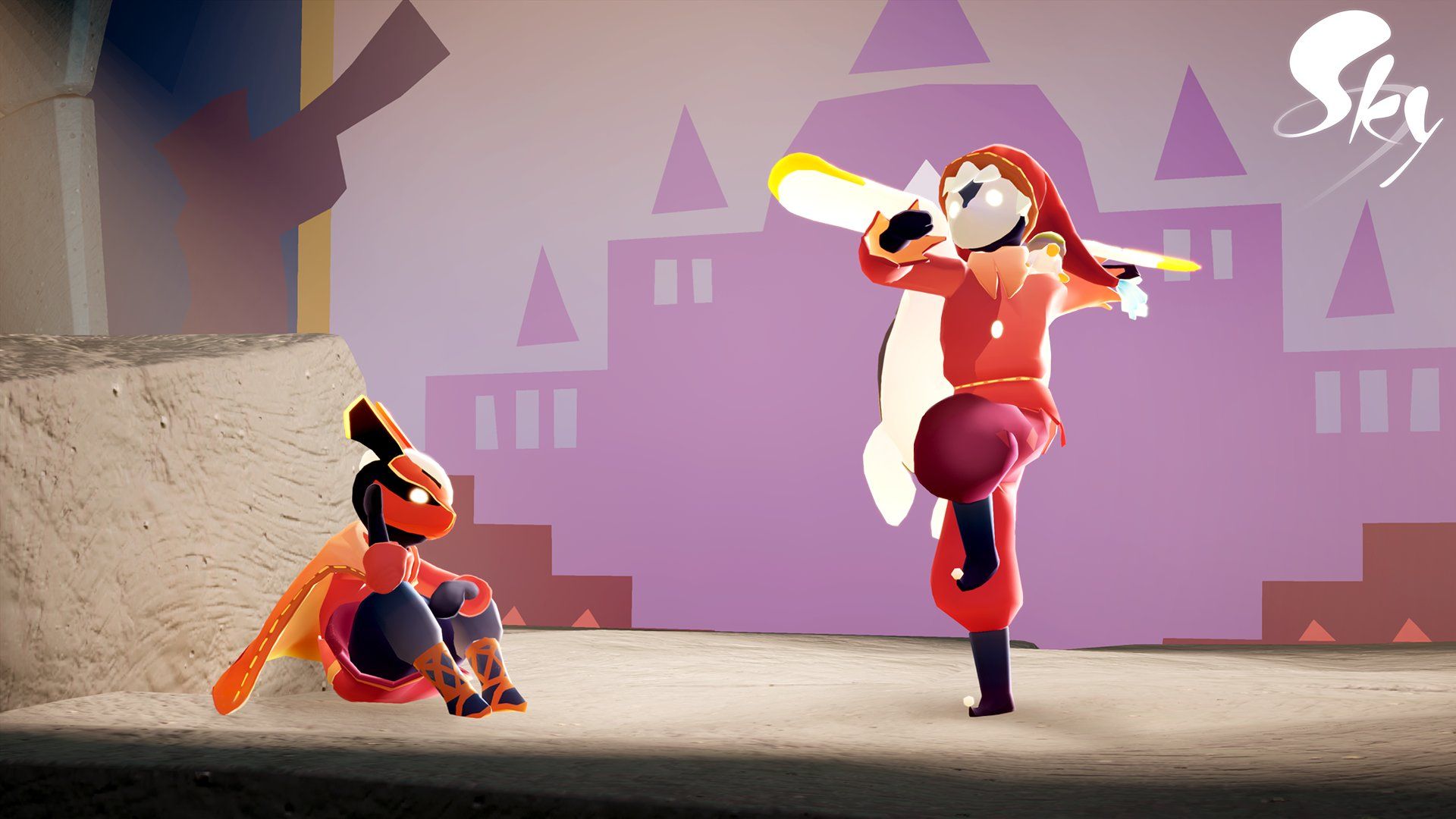 Thatgamecompany has been providing new content in seasons, and you will be able to purchase a season pass along with in game currency which will let you unlock things faster, and of course, you’ll be able to buy a few cosmetics if you’re really into them. Sky not only has over 10 million downloads on Android, but it is one of the highest rated games on both Android and iOS, sitting at a 4.7 and 4.8 respectively. You can also play the game on the Nintendo Switch, and now, with native android support with Windows 11, playing Sky on PC has never been easier. If you want an MMO unlike anything you’ve ever seen before, definitely check this one out.