Nobody can predict the future with any real certainty. When the MMORPG category of games hit the scene, nobody could have known that the humble beginnings of games like Ultima Online and EverQuest would mature into the extremely diversified genre we have now. More than two decades have passed since the designation of MMORPG has made its mark on gaming. With more MMORPGs on the market as ever before, it’s easy to see that in many ways, the genre has grown stagnant.

What are developers waiting for? Is it technology? Is it that innovation has grown stagnant? Could it be a mix of a number of things? The facts of the matter are, there are some exciting features that will eventually play a key role in the MMORPGs of the future, but they are all in different areas of implementation. Just as the genre has taken decades to mature from this point, these technologies will take some substantial trial and error before they come to fruition in the next big series of games. Until then, here is a list of 5 features that players can look forward to for the future of MMORPGs.

Do you recall when the Oculus Rift successfully Kickstarted and suddenly everyone and their grandmother decided that they wanted to get into the VR headset business? We remember. Then slowly the rise of location-based phone AR games took hold, with titles like Pokémon GO and history shifted, to a more acute focus on Mixed Reality. Few mixed reality sets have hit the market, but there are many out there that believe that new head mounted and location tracking hardware will open the door to novel experiences for virtual and real-life players. 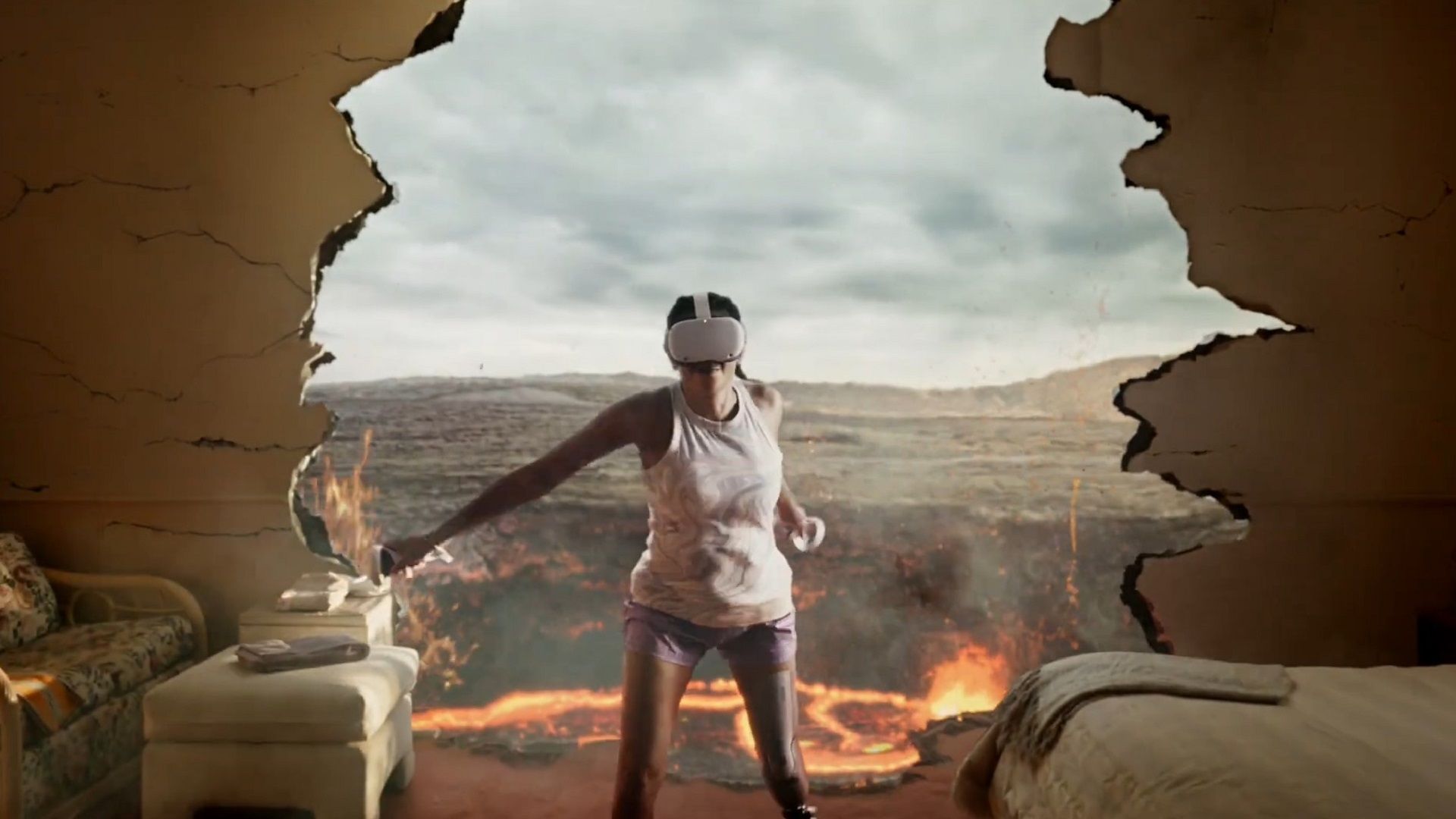 In addition to the possibility that players could use Mixed Reality (MR) Head Mounted Displays (HMD) to play normal PC, mobile, and console games with a screen that stays within their personal line of vision, exciting features like Hand Tracking and Object Tracking will open the door to highly immersive experiences. Whether you want to cast a spell with a hand signal, or slice away at enemies with a sword that you can actually feel in your hand, Mixed Reality will make it possible. With numerous VR MMORPG’s on the market currently, like Zenith: The Last City, and plenty more in development, it’s only a matter of time before there are lighter, more accessible hardware and fun games out there for the immersive MMORPG player.

Mobs and NPCs are dumb. No matter how good a story is, or how well crafted the story text is, once you’ve gone through one story in an MMORPG, it almost feels like you’ve been through them all. The AI of mobs isn’t really all that entertaining. At best, developers can use semi-random encounters to keep combat fresh, usually by slotting various affixes that can change when you repeat content. I think it’s safe to say that most, if not all, MMORPG players are bored of this. There are no surprises. Content has become too repetitive. 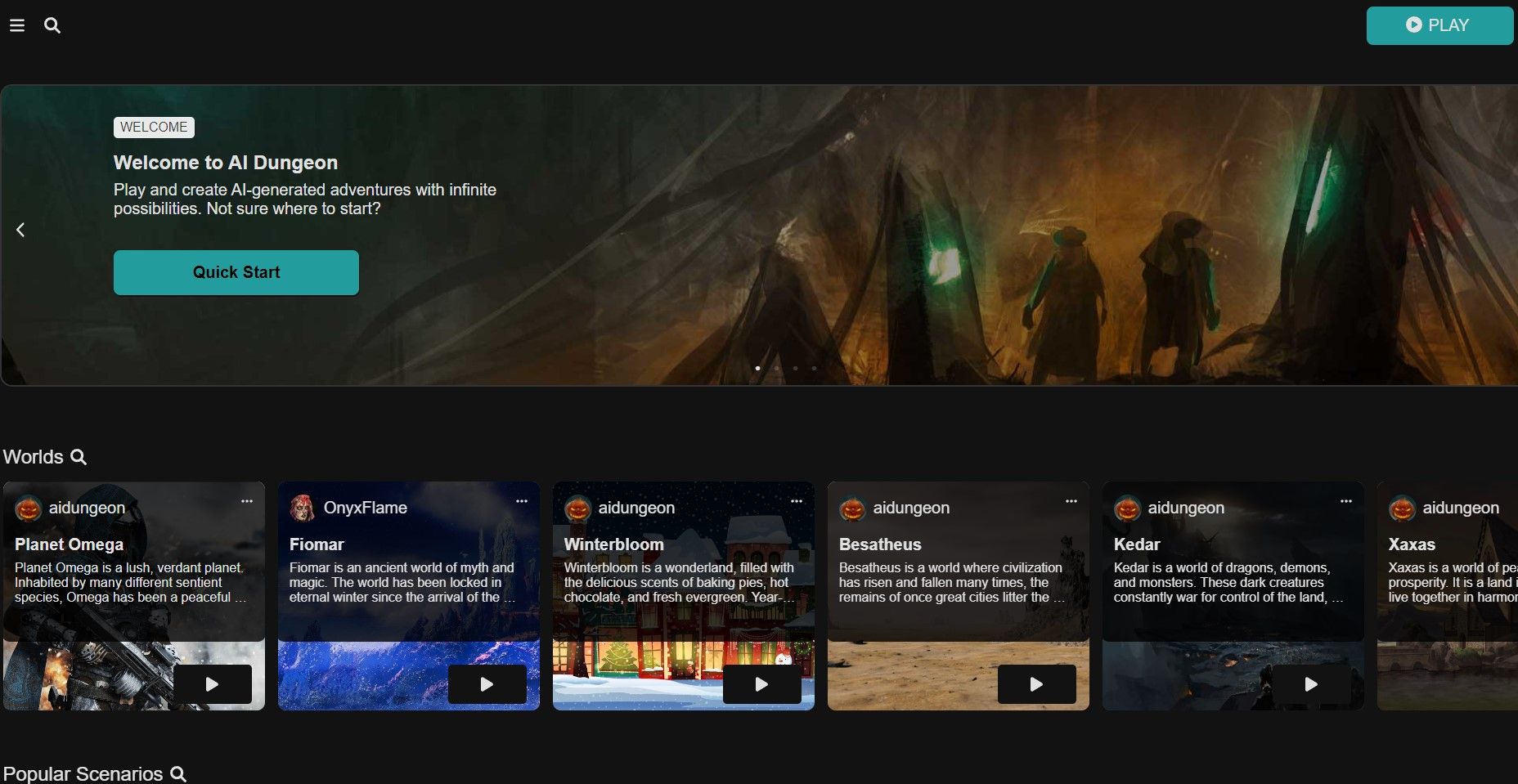 However, technology has advanced substantially in the way AI can learn and produce exciting and novel interactions. GPT-3 is one example of this. Generative Pre-trained Transformer 3 is an AI that uses deep learning of language to produce text that mimics human dialogue and storytelling. While it’s not perfect, GPT-3 has been shown to produce exciting response prompts in text-based games like AI Dungeon. The characters and situations that AI can produce, while staying with in the necessary boundaries of a world and its rules can open up extensive choices for MMORPG players in the future. Lest we not forget, the buck doesn’t stop with GPT-3. GPT-4 is also on its way, with more than 100 trillion machine learning parameters, which puts it at 5 times the complexity of GPT-3. Developers need only utilize these features within their games to create NPC encounters that can move, react, and interact like real players, which would fundamentally change the MMORPG worlds players wish to inhabit.

Whether you are interested in Blockchain and NFT’s or you just flat out hate it, it’s no secret that developers and publishers have been flirting with the prospect of utilizing the controversial technology in their games. Often touted as a way for players to gain “true ownership” of their assets, the truth has often washed out to more of a “fauxnership” in that when the development team goes bottoms-up, the players assets are worthless, and are generally inaccessible. Still, the premise of what blockchain was meant to provide for players is still unique, even if developers decide they don’t want to implement the same features with blockchain at all. 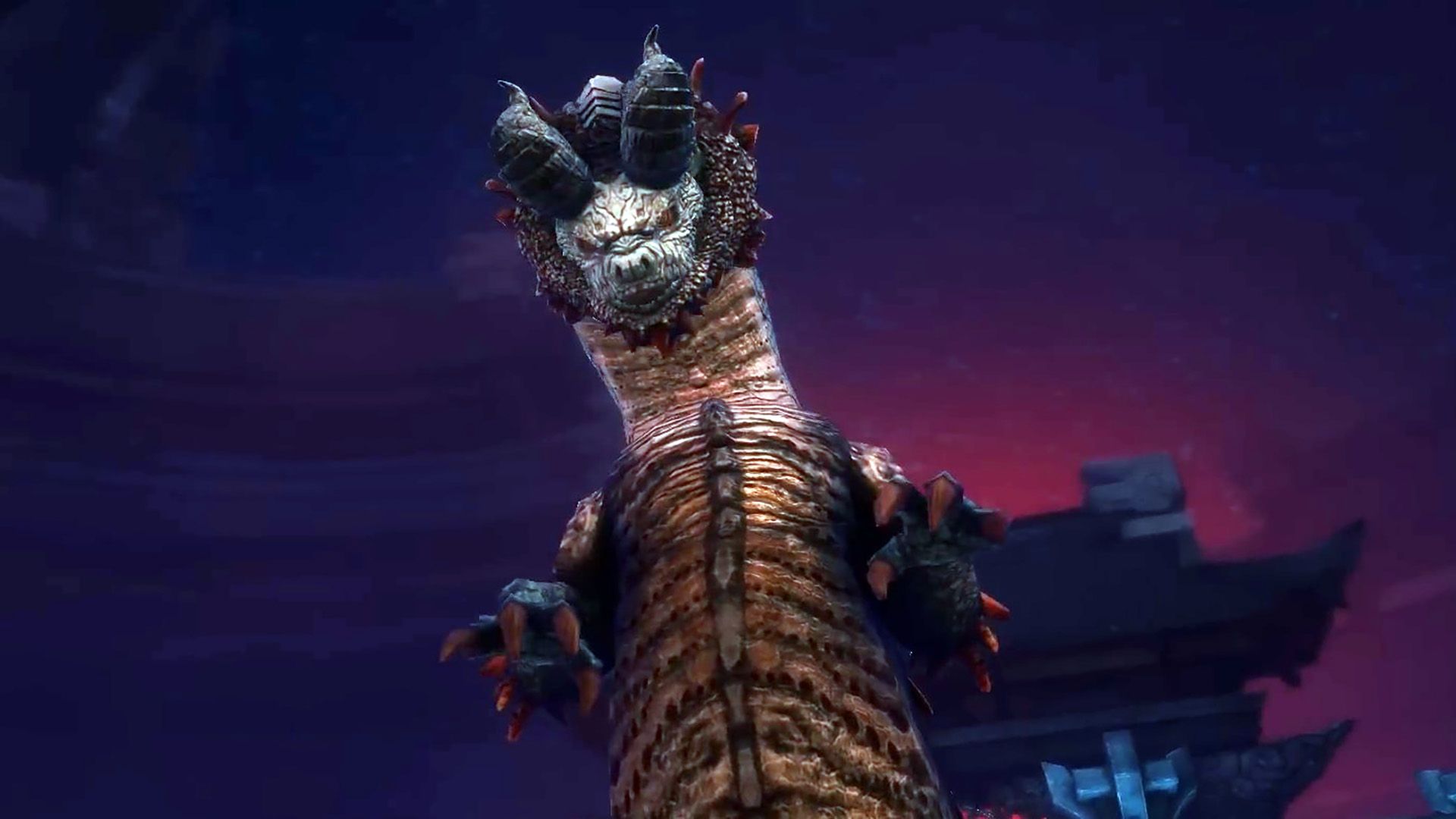 Among the multitude of features that developers tout of blockchain, the ability to migrate assets from one game to another, or rid yourself of those assets without breaking any terms of service, are features that would benefit players in the long run. One example of this can be seen throughout the Wemix network of games. Sure, many could contend that the portfolio of Wemix games are borderline at best, with one of their flagship titles MIR 4 taking one of the top spots as a most played MMO on Steam, and then the addition of the soon-to-be-converted Bless Unleashed, one thing is for certain, the ability to buy, sell, and transition assets throughout a multitude of games using the Wemix currency is nothing if not beneficial to gamers who enjoy these games. Multi-Universal Currencies and some assets that can be traded within an extended network is a highly likely possibility for the future of MMORPGs, and online gaming as a whole.

Freemium, subscription, buy to play, cash shops – the number of monetization models has grown. Monetization is never a fun topic, but every single gamer understands that developers need to make money to keep development going, and to keep the virtual lights on in our favorite MMORPGs. The sad thing is, in order to do that for some games, there has been a necessity to make cash shop models, like the despised gacha system, that are extremely predatory for players. Games that employ these monetization models often complement their monetization with extremely high leveling curves, where maxing out your character will require substantial sums of money for minuscule upgrades. 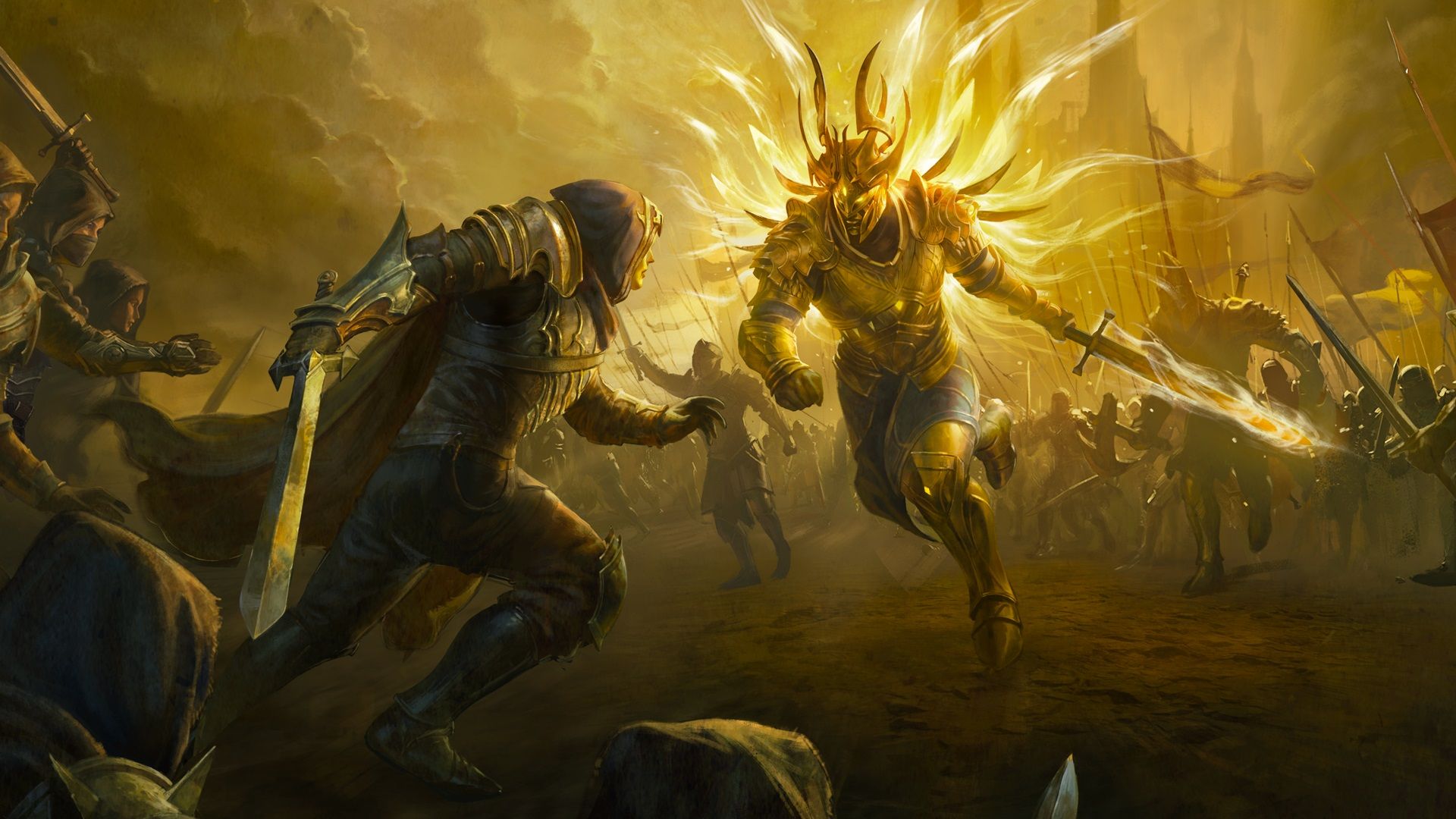 These systems put a lot of players in the “have-not” category. They just can’t compete with paying players, and paying players can’t compete with the whales, who pride themselves on outspending everyone to gain power and notoriety. We already touched on how blockchain may or may not provide some answers there, but with how untested blockchain economies are in gaming today, the future may look at a more stable option for alternative monetization. Ad revenue. Mobile games have already implemented ad-revenue to their games, so that the cost of entry is low, and players still receive rewards to power up their character. While cash shops don’t fully go away, ad-supported options might be a convenient way for developers to get non-paying players to accrue additional income, for nothing more than a few minutes of their time. As games look towards the future, players should expect many more games to find creative ways to utilize ads to keep players invested, rather than expect them to always front hard earned cash for every premium item.

Are you ready to play the next big MMORPG? Of course, you are! Just wait 5 hours to download 130GBs, install it, and then, hey, if you get an error when you try to run it, that’s on you bro! Gaming has become a lot easier over the years. Getting a gaming PC, console, or mobile device that can handle your favorite games is not nearly as bad as it used to be. Even when you take into consideration the best case scenarios for new games headed to the market, you’re still tasked with continuously updating the game, ensuring your hardware works, and troubleshooting any errors you encounter along with the dozens, hundreds, or thousands that may also have the same issue. 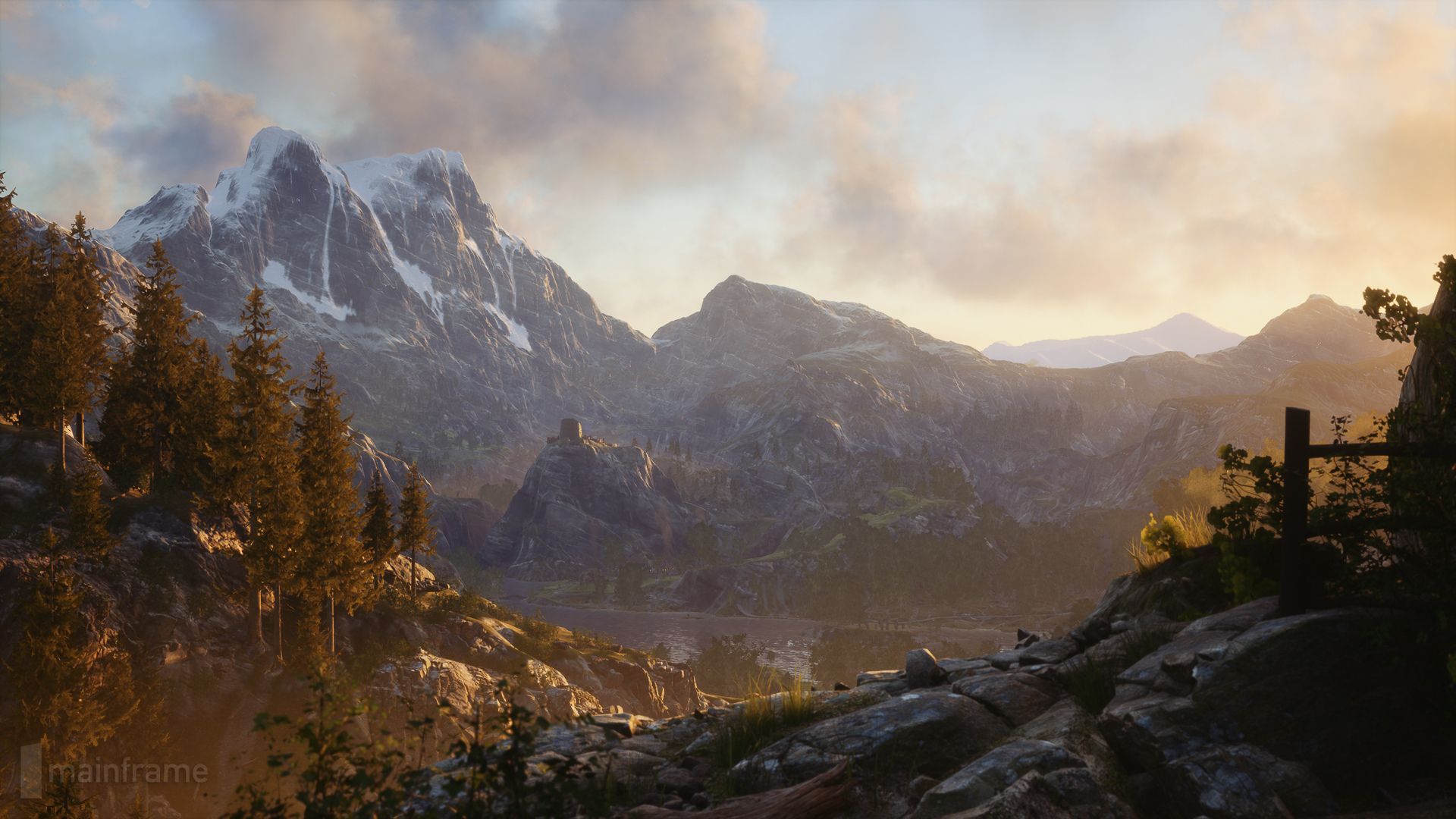 The future, my friends, is on the horizon. In the past several years, cloud-streaming services have cropped up. There have been numerous misses when it comes to cloud gaming. With the failure and migration of OnLive to PSNOW, the missteps and restructuring of Shadow Cloud, and the extreme failure of Googles Stadia, you could say that cloud gaming is looking bleak. However, you would be wrong, especially when it comes to MMORPGs. Sure, GeForce Now is a popular option that gives players a lot of options to play the games they already own, but in the future, we’re going to see a lot more cloud-native games. Raph Koster’s development studio Playable Worlds is just one of several developers looking into creating cloud-native MMORPGs. Cloud native games give the developers the ability to make changes on the fly, it improves the speed at which players can get into the game, and of course, the system requirements are very low, so more players can partake in cloud-native games with a far lower cost of entry.

Tell Us What You Think!

These are just 5 features that MMORPG players should keep an eye on for the future. Are you looking forward to any of the features on this list? Perhaps you’re dreading a few! Are there other features that weren’t listed here that you’re absolutely jazzed about? Hop into the comments and discuss them with your fellow MMORPGers!