Life Beyond may sound a little on the nose, when you consider how the game itself exudes buzz phrases like a squid squirts ink. Described as a Socio-Tech Metaverse, Play and Earn MMO, it’s no wonder that when a normal person is tasked with saying those words in that sequence, it makes them want to roll their eyes.

At the end of June, Life Beyond opened up its Alpha version for those that own any version of the AAK NFT’s. AAK’s are Apartment Access Keys, and they were airdropped to discord members for free last month. There are also Access Keys that you can pay for, and the Dolos Passport, all of which give you several additional perks like access to an “After Party Event”, a slot on the whitelist for future NFT Mints, and special airdrops.

For those that weren’t able to get their hands on an AAK, the team at Darewise has opened up the game to all those interested in giving the game a shot by introducing their Open Alpha phase on July 6th. Anyone can join in on testing, whether or not they own an access key or passport. I, on the other hand, obtained an AAK for Life Beyond through the airdrop. Now, after several hours in the game, I’ve had more than enough time to forge an opinion of Alpha in its current state.

Life Beyond is Far Better Than I Expected.

In the Alpha, players will quickly get acquainted with the main hub where you’ll interact with others. Your intention is to create groups, and then select your desired mission, not unlike other hub-based MOGs. In fact, the only time you would see more than 4 players was in the lobby.  During my play time, the global chat didn’t seem to work, so if you wanted to start a team you had to rely on random invites or coordinate through the Life Beyond Discord. The maximum team size was 4-players and it was difficult to find a full team. 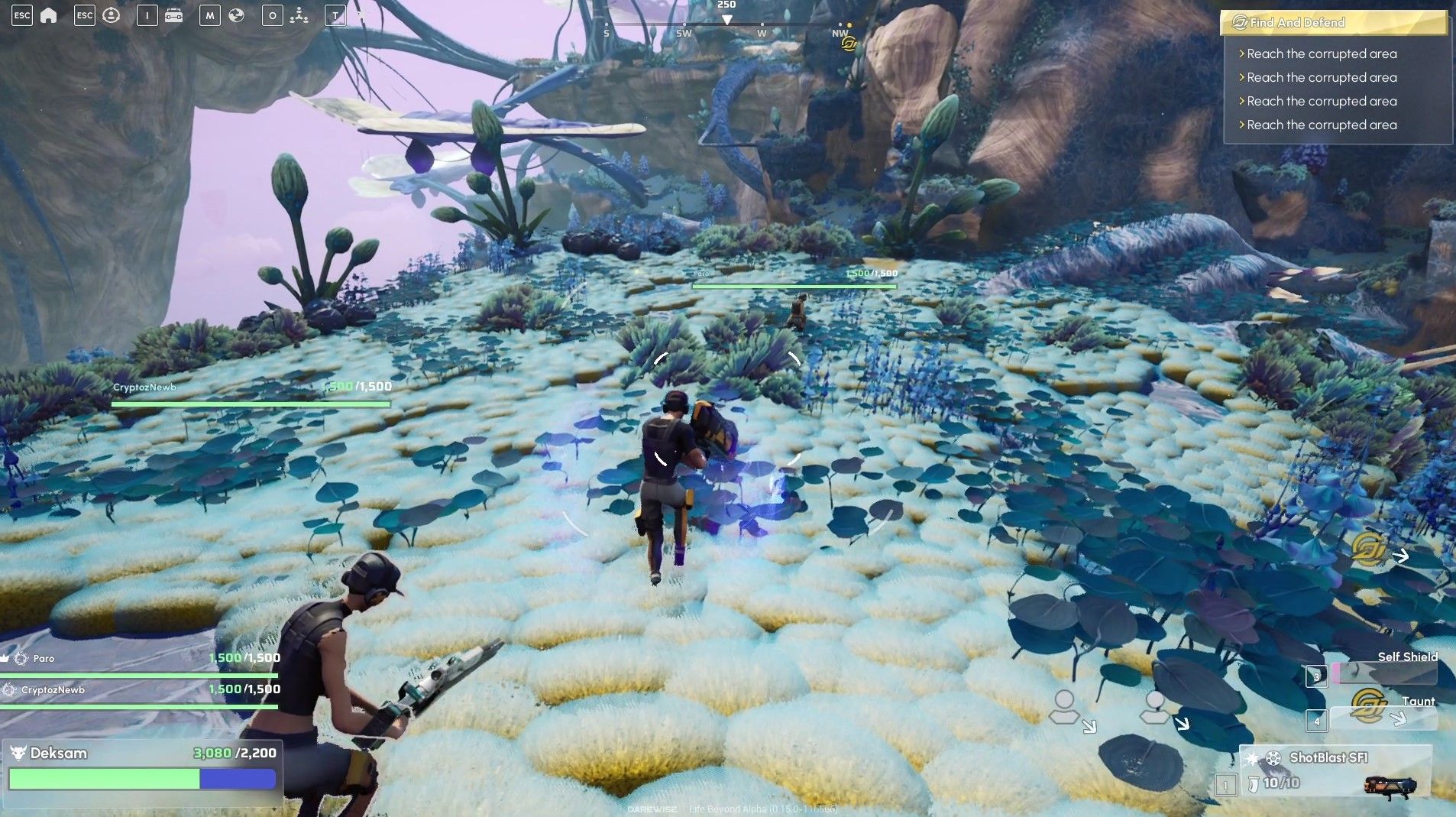 It was much easier to enter an encounter solo, and due to the lack of teaming and limited features, the Alpha felt very barebones. There were only a handful mission objectives available, even when you selected the higher tier difficulties of a particular encounter. Character creation had just enough options to be considered a character creator and gearing was almost nonexistent but there were a handful of items available for players to purchase in the lobby shop.

If you’re thinking that Life Beyond doesn’t sound so great, I wouldn’t blame you. What surprised me was what happened once you zoned into a mission. Once you’ve selected one of four classes, you’re ushered into a unique alien world, with tendril roots and steep cliffs to explore. The available classes for the Alpha are the Sharpshooter, the Trooper, the Guardian, and the Combat Medic, but silly enough, the Combat Medic has no offensive capabilities at all, making it just a regular medic with zero combat specialty. Because of that, you can’t play the Medic solo, making it a purely group oriented class, and pretty worthless since you can’t defend yourself against the more difficult enemies.  Some enemies are extreme bullet sponges, and you really don’t want to be stuck in a prolonged battle against them alone as a Medic, or even a Guardian or Sharpshooter with their low DPS. 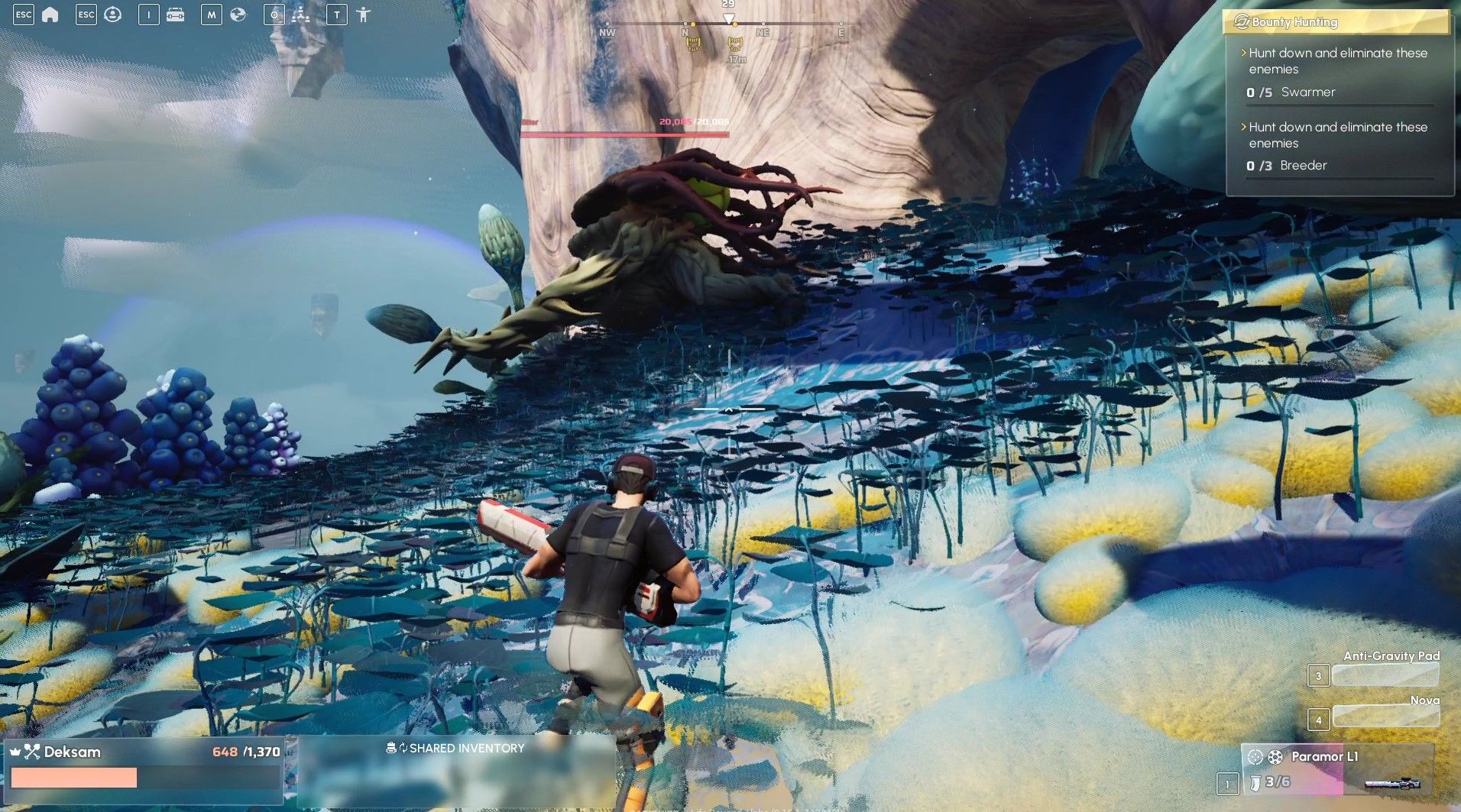 Life Beyond is nowhere near polished, but it’s far better than I expected. It’s important to temper that statement with the fact that I wasn’t expecting much in the first place. Yet, the level design was unique, and gave me a lot of options for exploration. The mission objectives are pretty mundane, but there is enough variance between them that they’re worth playing through if you can find a team. You can collect items, defend a position, or kill some monsters, and the added challenge of completing them on higher difficulties was entertaining. There is spark of a game here, Darewise just has a ways to go to make it an inferno.

Life Beyond Has a Lot of Problems, but It Also Has Potential.

Each class also had some interesting abilities that made me excited to see what they may evolve into in the future. The Sharpshooter could drop jump pads around the world, making it easier to climb to new heights. The Medic, on the other hand, could setup Zipline pads, to make traversal from one point to another easier for their team. The third-person shooter combat didn’t spark any prolonged excitement, especially when the larger enemies just soak up damage to the point that I wished a fight would just end, even if it meant I was the loser, but it wasn’t the worst combat I’ve experienced, especially not in an Alpha build. 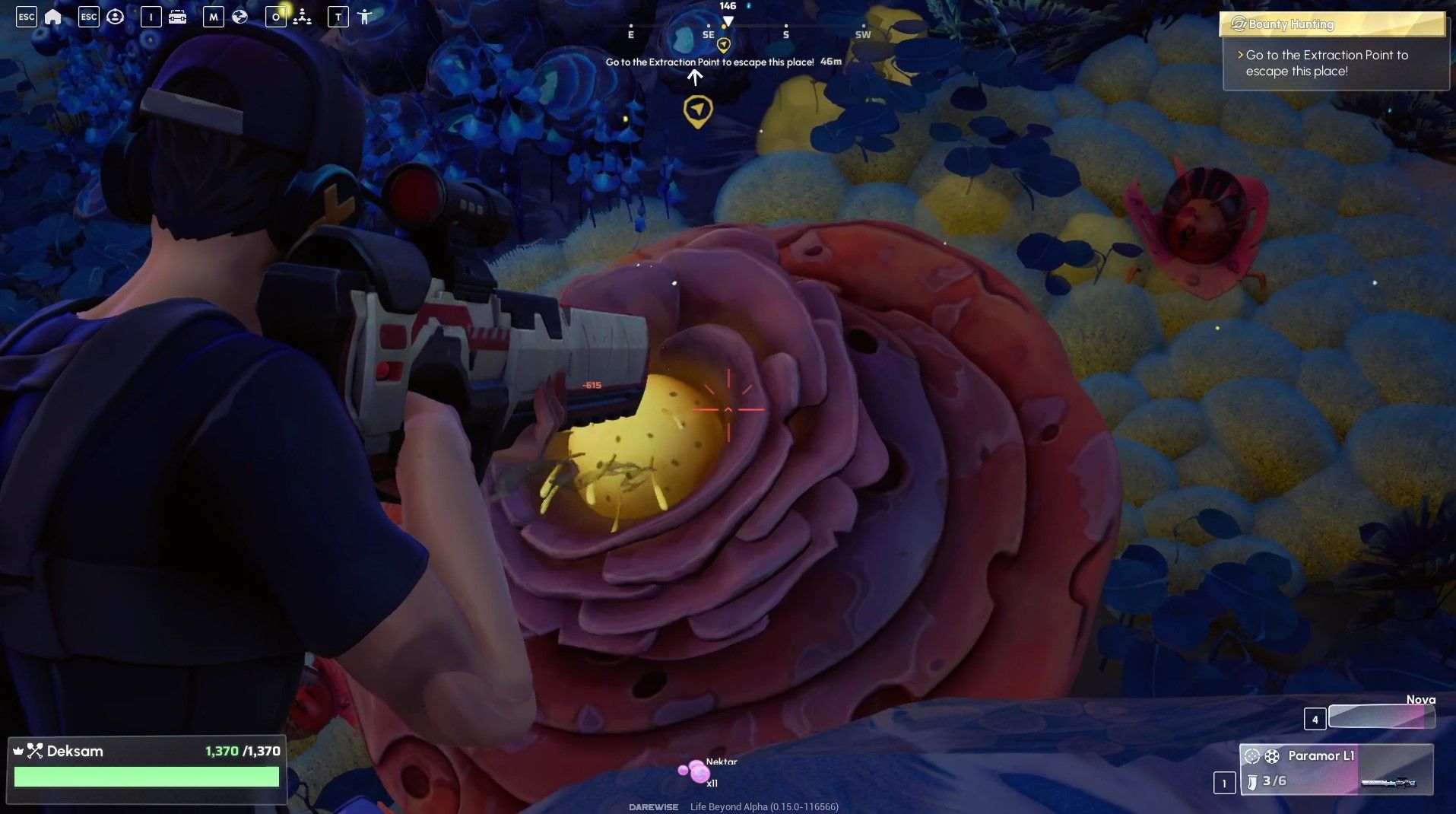 The most fun I probably had was exploring the level to find these special Nektar plants that you could harvest. These plants are used as a currency to buy special gear in the lobby marketplace. I found a great deal of satisfaction looking for those plants, mostly because I just enjoy trying to get to places that seem inaccessible. While I was jumping around the world, firing off my limited abilities and weaponry, the game was decent. Outside of the mission area, nothing else seemed to work very well. I couldn’t place any items in my apartment, despite having a quest to do so. I couldn’t chat with other players. I often got stuck zoning in, along with dozens of other players because collision detection was on, and I couldn’t walk through people. Life Beyond in Alpha has a lot of problems, but it also has a great deal of potential.

It's always kind of a crapshoot when I jump into a blockchain game. Is it going to be good? Is it even a real game? Life Beyond is currently a skeleton of a decent third person shooter. There is a placeholder marketplace available in the menus with, what I’m hoping is fake Life Beyond digital merchandise. Token currencies and NFT acquisition seemed to be completely out of scope for this test, apart from the initial closed testing where an Apartment Access Key was required to participate. I can’t be certain how the Life Beyond economy will evolve once NFT’s and Tokenomics are in full swing, but for now I feel like there might be something worth playing on the horizon here.

Testing for Life Beyond is planned in three separate stages. This first stage will last until the end of the year. The next phase will be centered around building, farming and harvesting. Since Alpha 2 is slated for Q1 of 2023, it gives Darewise a ton of time to shape up the current state of the game before moving forward. In my opinion, the limited testing content and lack of any real progression flow is more concerning than the bugs I’ve encountered. It is encouraging that Darewise has opened the game for testing for all players, whether they have an NFT or not. Too often, even traditional MMO’s require a purchase to get into testing which makes me think that Darewise is serious about fixing bugs instead of making an extra buck or two. Life Beyond has a long journey to beta and beyond, but I’m cautiously optimistic that there’s some fun waiting at the end of their voyage.