In the Destiny community there are a number of content creators who talk about theorycrafting, highlight gameplay moments, dive deep into update patches, and discuss lore. Few, however, have taken the medium to tell stories within the greater Destiny universe. Today, we get the privilege of talking to someone endeavoring to do just that. Smart Hopewell, also known as PsalmLab, is one of the most positive and passionate Destiny Loremasters on the internet and the creator of the upcoming Destiny web series Old Chicago: Wild Hunt.

Within this article we are going to share some details about the upcoming series as well as two videos, a full-length video interview with Smart and one trimmed down to just the juicy details.

I had the privilege of meeting Smart Hopewell through connections within the Destiny community following a recent Bungie Community Summit. Since we had some shared interests in both gaming and professional spaces, I asked Smart about what sparked his interest in gaming as well as his relationship with MMORPGs. His answers were incredibly genuine and transparent.

As a child, Smart grew up in the UK with dyslexia in a time before individualized education plans to help kids succeed in their education. You can imagine the experience that created for him. Fortunately, his parents were very creative at home with finding ways for him to harness his mind and hone his skills.

That tool was Pokemon Blue.

This game ignited a passion for stories - fosting a flourishing imagination for world building, narrative, and the hopefulness to rise above challenges - including his own. Fast forward several years and Smart would discover Guild Wars 2 (ultimately leading him to the fine resource here are MMORPG.com) and, eventually, Destiny 2.

Through these experiences, he began to see the powerful sense of community that MMOs can build. While a self-proclaimed introvert dealing with the stigma from his dyslexia, Smart found these online places less threatening to facilitate friendships over shared interests, build camaraderie, and, ultimately, find acceptance, stating poignantly that no person is supposed to feel alone.

Smart credits gaming as being a form of therapy for him - a space for him to continue connecting the abstract with the real-world as well as to create, engage, and emote within the online community space. From here, his YouTube Channel, PsalmLab, was born: a place for conversations on growing up with dyslexia, interviews with other “neurocreatives,” to talk about Destiny lore, and to inspire hope.At the end of the day, Smart’s mission for his content stems from his Christian faith: that even in the darkest and lowest points, there is hope for humanity. For me - a Christian pastor and fellow Destiny player, it was awesome to hear Smart share his story, his passion for faith and gaming, the humble humanity he carries with him in every interaction I see him have, and just how much it all looks like Jesus. And that’s some pretty good news.

What is Old Chicago: Wild Hunt? 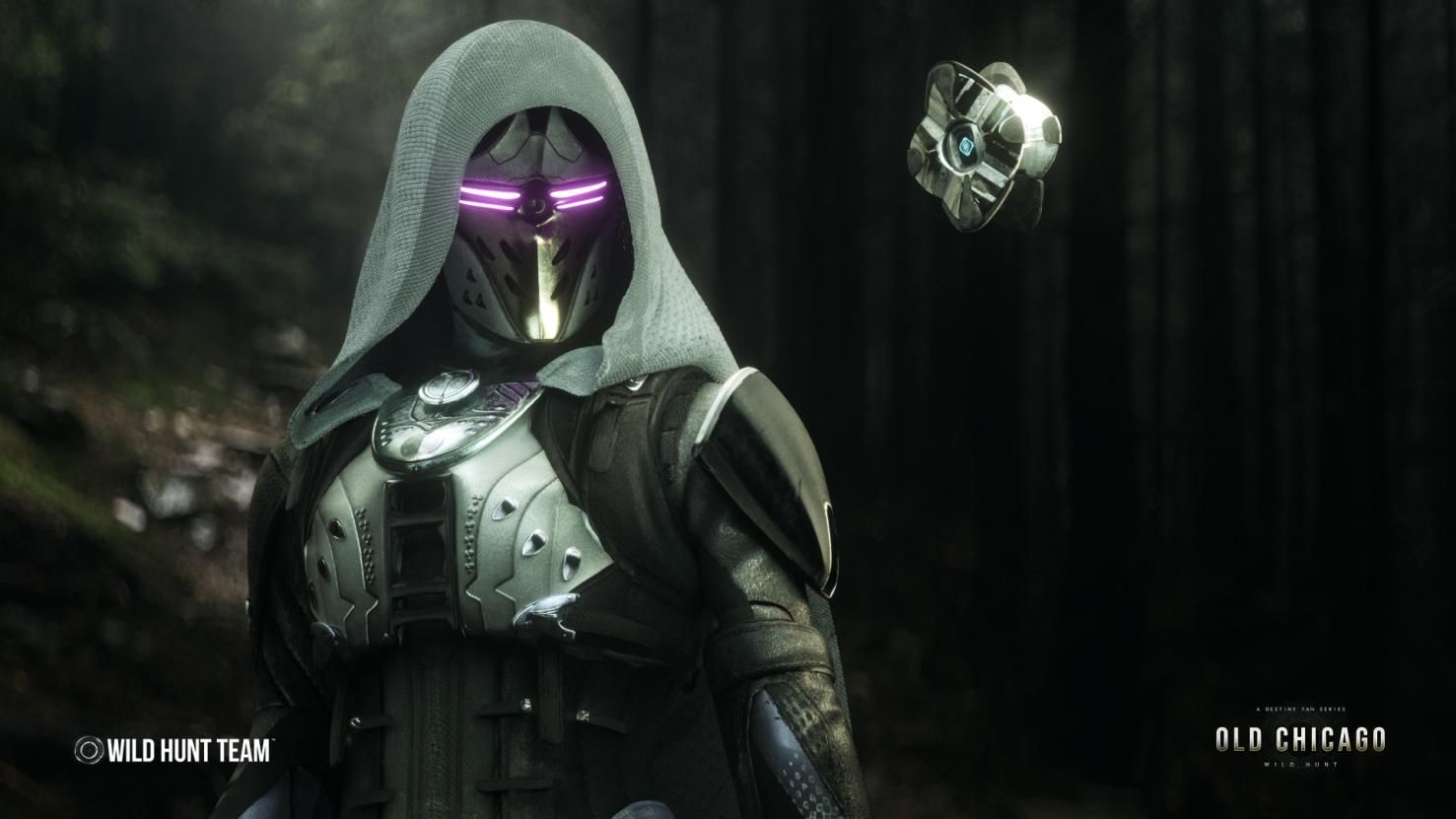 Old Chicago: Wild Hunt is an animated Destiny story focusing around the experiences of a fireteam exploring the ruins of what once was the city of Chicago. The story follows an Awoken Warlock (Shayura), a Human Hunter (Aisha), and an Exo Titan (Reed-7) as they uncover what remains of this once great Golden Age city and what still lurks in the darkness. The series will focus on the characters’ journey together by exploring what events have shaped them to be the team that they are and ask a significant pair of questions in the greater Destiny world: why hasn’t humanity retaken all of Earth and what remains in the wilds from The Collapse?Old Chicago serves as a rich backdrop for storytelling. From an in-game lore standpoint, it’s shrouded in mystery! What began with a single entry on the Graviton Lance pulse rifle has developed into so much more. Beyond Light’s Season of the Hunt gave players the Wild Hunt armor sets, which dropped lines about something predatory hunting down Guardians in the region. When Destiny 2: The Witch Queen was announced, there was speciation that the expansion was going to take us to the city. Now, the armor and weapons from the competitive PVP Trials of Osiris are weaving story bits together that something significant went down in the city. When talking about some of these lore bits, Smart and I talked about the story of Old Chicago reaching into the fireteam’s experiences within the Crucible and the Trials of Osiris as well as what drove the fireteam to lean into their affinity with the Light. While he didn’t divulge too much, Smart indicated that he was developing these as significant details for the narrative with some measure of blessing from the team at Bungie. How much, though, was left as a mystery.

When asked about the length of the series, Smart shared that the team hopes to produce a single pilot episode with the aim for it to be fleshed out into a much bigger series of stories going beyond the Old Chicago region of the Destiny Universe.

Here is our conversation about the project:

Who are the people involved in creating the series?

As Smart shared about the beginning of the Old Chicago project, he soon realized that it was moving far outside of his personal skill set. So, he did what anyone one on a mission would do: he surrounded himself with people that could.

Those people are as follows - along with their links:Production Team:

When can we expect to see or hear more? 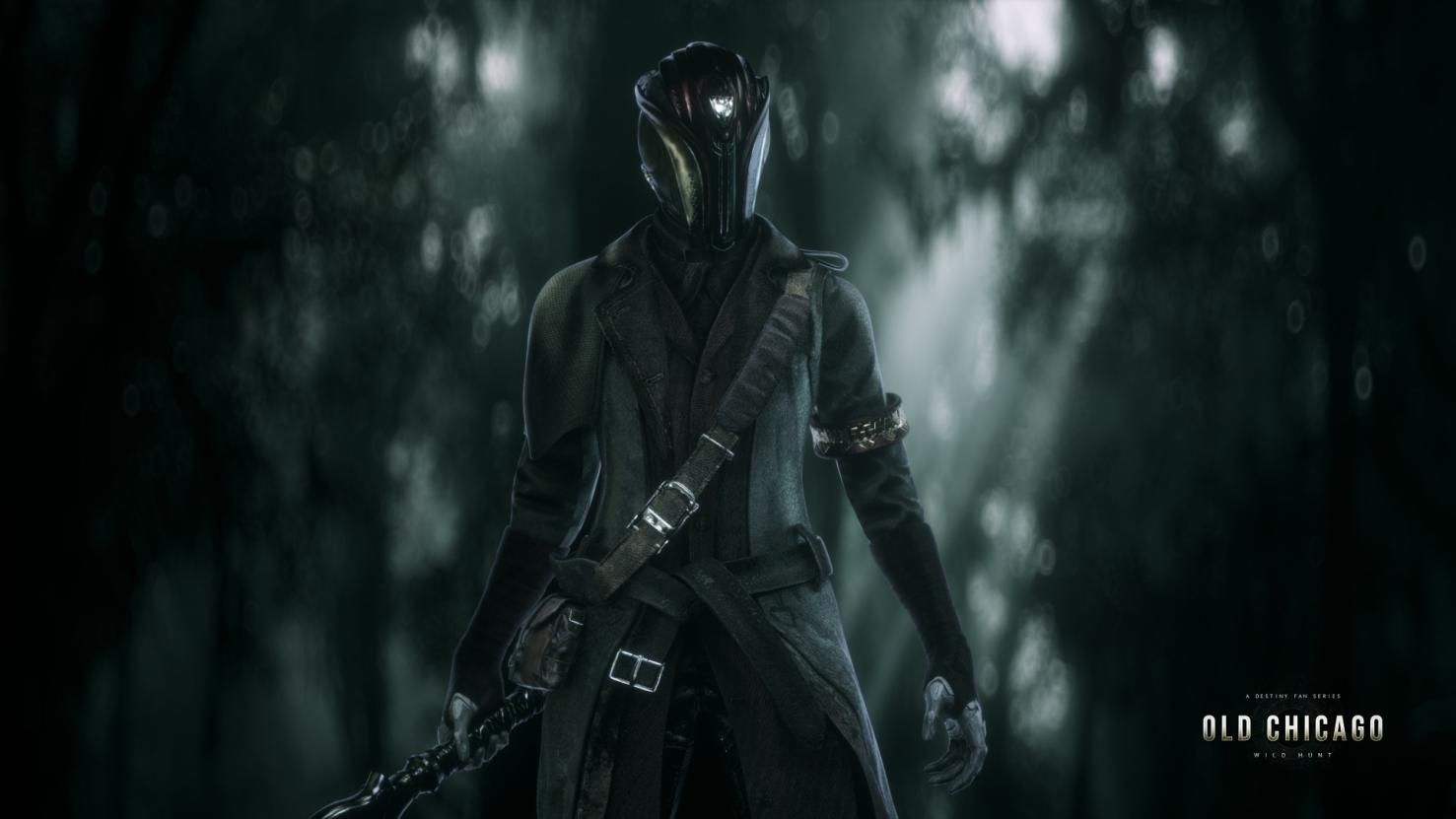 The official response from Smart is “sometime 2022.” In the meantime, the team is currently working through refinements of the script in table reads as well as producing assets for the animation.

To keep the curious up-to-date, the team has established a website (link here) with some teasers and stills from the project. They do anticipate the release of another ViDoc as production continues moving forward.

If you want to know more about Old Chicago: Wild Hunt and you’d like to listen to a longer form conversation between Smart and myself, you can find the full interview here:

We want to extend a hearty thank-you to Smart Hopewell for taking the time to talk about this fan-made Destiny story and for highlighting the work of an amazing team! We look forward to any future Old Chicago: Wild Hunt news as it becomes available. In the meantime, I leave you with a PsalmLab sign-off: