Whether you’re a fan of blockchain and NFT’s or, more commonly, if you’re hesitant to trust anything blockchain related, even you may be curious to find out what state Ember Sword is in. If you’ve been following Ember Sword, or you’ve joined us for our Ember Sword spotlight episodes of MMONFT, then it should be no surprise to learn that Bright Star has followed through on their promise to release their first Technical Test. As this Technical Test is only available for landowners and badge holders, it is clear that this first jaunt into the land of Solarwood won’t be accessible for everyone. Luckily, I was able to pop into the game for a time to see what state Ember Sword is in during their first public test.

For those unfamiliar with the title, Ember Sword is a RuneScape-like MMORPG, where players will be able to craft, battle and sell items through a robust player-driven economy, some items of which will be NFT’s. After several rounds of extremely successful land sales, Ember Sword opened up the opportunity for potential players to put in an application for land, and those that were not chosen to purchase land could opt-in to purchase a badge, which grants players access to pre-alpha (like the technical test) and all further stages of development, in addition to a wealth of Ember Tokens determined by the level of badge you purchased.

Do I Have to Spend All This Digital Moneyz?!

It's important to clarify that Ember Sword aims to release as a free to play game, and those purchases are not necessary to actually play the game when it releases. For now, though, if you want to get in early you’ll need to be one of the lucky few to purchase land or a badge directly from Bright Star, or you’ll have to deal with the very active NFT sellers on sites like OpenSea and TokenTrove, where land and badges can go for hundreds, or thousands, or hundreds of thousands of dollars (in Ethereum). 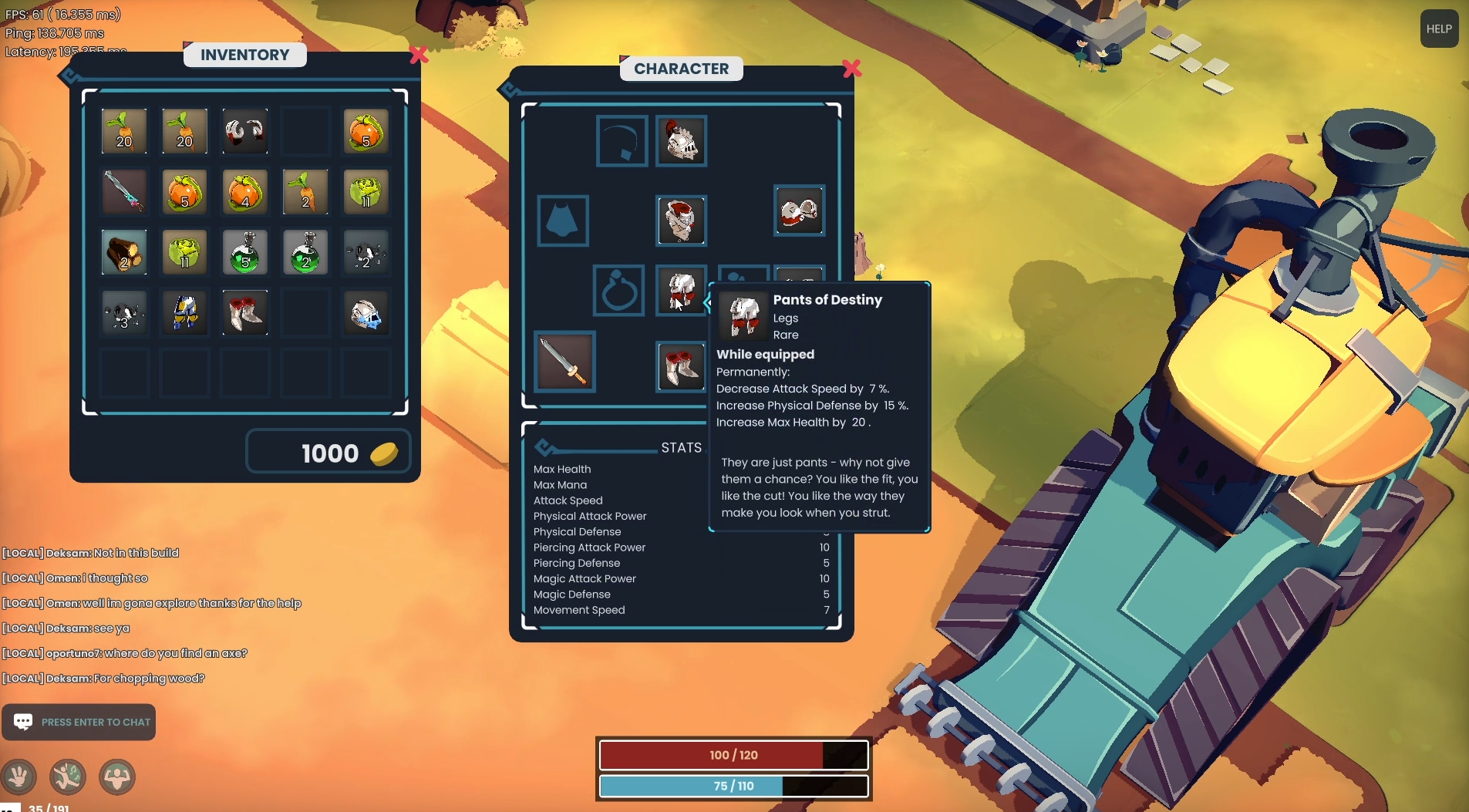 As a holder of a small plot of land, I was able to get into Ember Sword when the Technical Test went live. This wasn’t my first technical test, and in fact, this wasn’t even my first time to play Ember Sword. My experience was much different than the last test. The primary scope of the current test was that of stability, or, at least that’s what I surmised from my short time within the game. Most of the features, such as combat, were not available, although gathering and crafting were, and consumables were also usable, even if they weren’t entirely necessary.

The world was cartoonish and vibrant, just like the offline demo I tried, and I do like the art style quite a lot, despite Ember Sword’s story having some underlying, darker themed content, as the world of Thanabus is planned to be full of old technological relics, monsters and outlaw camps. Very little of that could be gleaned from the content that I played through during the Technical Test. As I ran through farms, picking up carrots and pumpkins, and traversed the forests, stopping to smell (or pick) the flowers, it felt as though I was playing a serene farming sim. 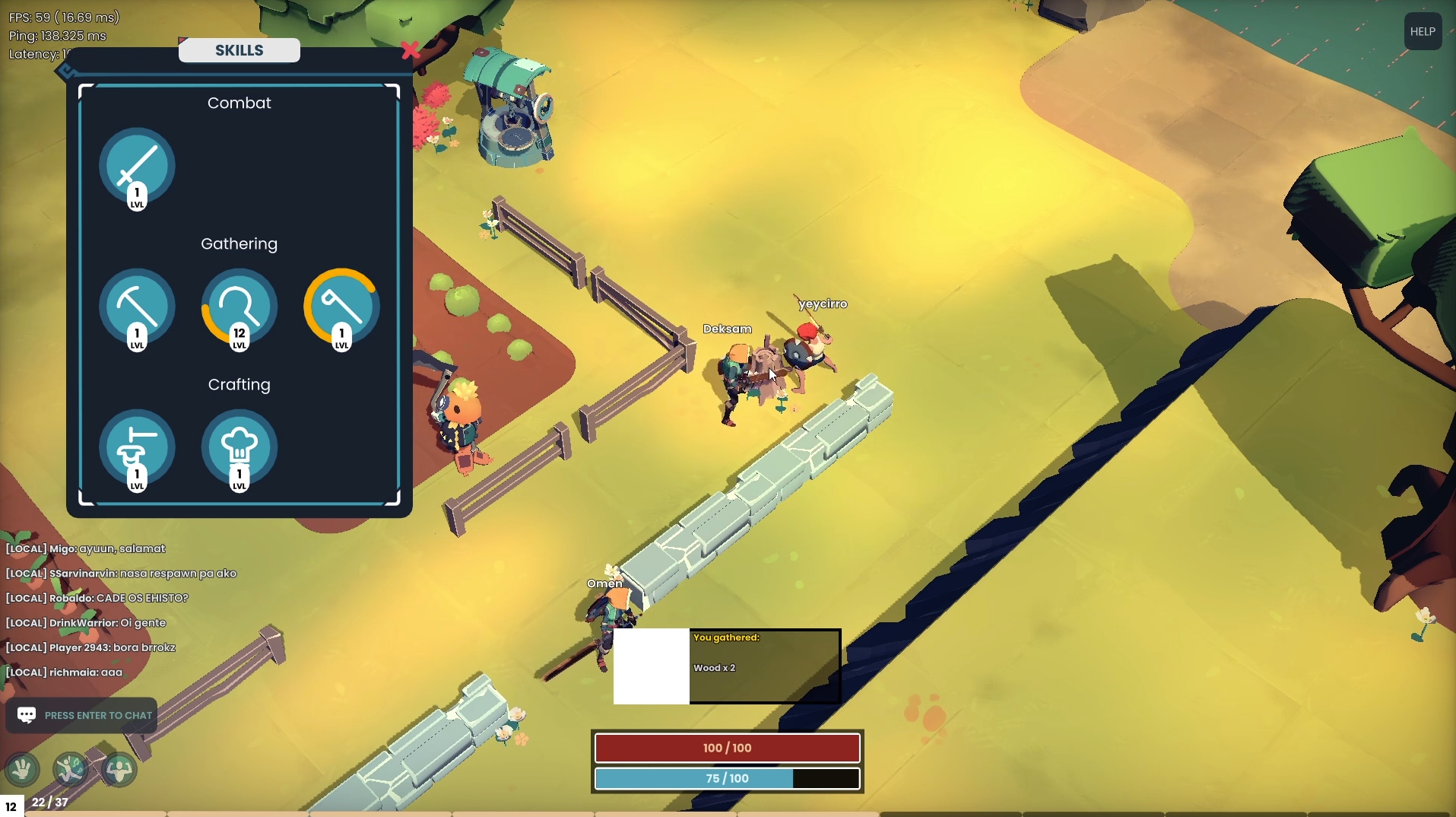 There were some obvious bugs. For example, I could walk on water, and at times fall through a patch of ground. Most of the big items I wanted to harvest, such as rocks and trees, had a very long cooldown time. Being that I was part of the first batch of players to join the world, there were plenty of people fighting (metaphorically, combat was disabled) for resources so they could test the crafting system. Whether you were crafting, or just harvesting, there was a simplistic skill-based system in place, where you could level up, and then harvest more complex items. I had to harvest carrots until I reached level 5 so that I could then harvest my first pumpkin.

Why Can’t I Kill All The Things?

Everything was simplistic in nature, which make sense seeing as how this is technically a pre-alpha test. Many quality-of-life features and tooltips were missing, and after about an hour or so, most of which I spent chatting with others about how to complete basic tasks, I pretty much got the gist of it. I reached out to Bright Star to get some clarification as to what players should expect from the test, and really, what exactly were they looking for. Here are a few questions I asked, and the answers they provided:

MMORPG: Can you explain what the scope of the test is currently, and what kind of feedback you’re looking for from players?

Ember Sword Team: The goal of this pre-alpha technical test is to gather as much information as possible. This helps us greatly to optimize the game engine and server to ensure the game will be running smoothly.

It is also very important to note that the technical test is not in any way a finished version of the game. Like many other similar tests, its purpose is to examine various systems, such as online connectivity. Remember, Ember Sword is MMORPG that is running entirely within the browser - and connecting with one click, in less than five seconds. This is just a small sample of what is to come over the next several stages of development for our game.

While a more traditional MMO is developed behind closed doors for five years before anything is shown to the public, Ember Sword takes a slightly different approach. We plan to test our tech and features alongside our passionate community, and utilize the feedback gathered to shape the game moving forward. This allows us to properly engage with our community and make the best game possible.

MMORPG: Are there other skills like combat that are not in the scope of this test and are there features that were purposely disabled for this test? Are we starting from the most recent build?

Ember Sword Team: Yes, there are many more systems that are in development, however, we want to make sure we have a solid foundation before we start to test these systems with our community.

Several features were disabled for the first test. One of which is Combat. We know people are really looking forward to this, however we want to be sure we deliver a good base experience before we start to get user input from our community. Our intention is to be able to clearly convey what the intended combat system will be, and we will introduce this at a later stage of testing.

MMORPG: How big is the technical test area compared to what players should expect from Solarwood when it launches?

Ember Sword Team: For this early stage, our technical test area is intended to be very small. As time goes on, we will add more land to Solarwood until we've built the entire region.

MMORPG: The technical test will be available in limited play sessions throughout the month. Will the scope of testing or features change throughout each session?

Ember Sword Team: For this series of tests, we will only increase in user scale, and not in features. Subsequent tests will let more players in, increasing the server pressure more aggressively. As with most tests, we fully expect the server to crash when we hit very high player numbers. This is because the denser a group of players is, the harder the server must work.

It's good for us to know where those limits are to ensure we can deliver a smooth and reliable gameplay experience down the line.

In the grand scheme of things, the Technical Test was about on par with what I expected. I was a little surprised to see that the combat was disabled, as my previous test of the offline demo had a robust, MOBA-like combat system that was responsive and rather enjoyable. I was really looking for an expansion of that system, but, unlike the offline demo, I did have a chance to look into some of the gear and consumables the game will have in this Technical Test. As someone who has participated in a lot of Technical Tests through the years, the only real indication that Ember Sword’s test was a success, will hinge completely on what happens once the game hits its next testing phase. 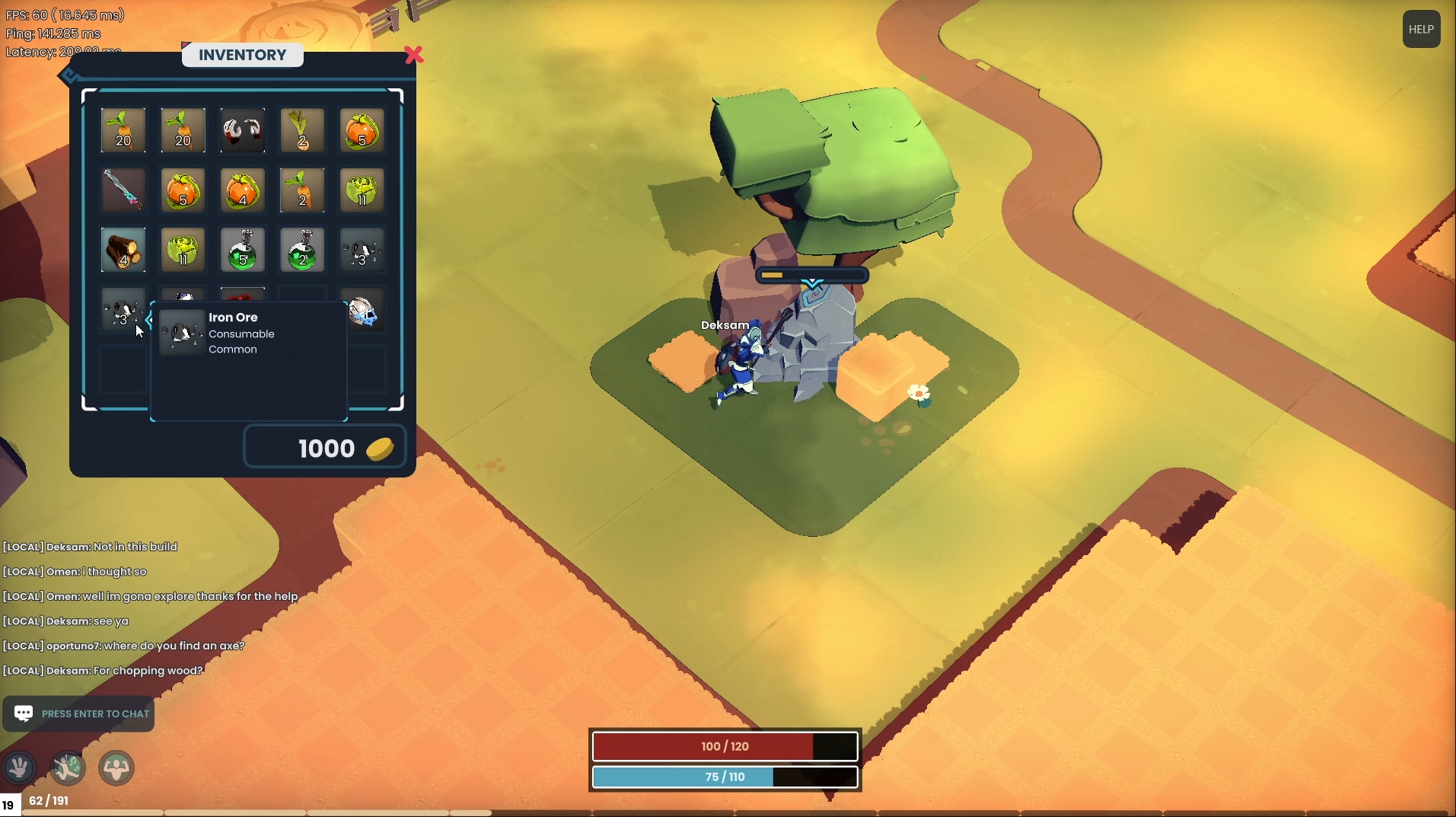 It's clear that the team at Bright Star is looking for metrics and data on stability as they move forward. Things will change throughout the course of development but it’s key to take this test into consideration. Progress is progress, and there’s no doubt in my mind that players will use this test as the yardstick they measure each of the ongoing phases of development from here on out.