Even though Chimeraland has been featured in our Indie MMO Spotlight for several weeks now, the launch still somehow feels like it crept up on us. If you weren’t aware, Chimeraland has now released and is available on Steam and Mobile devices. As an Open World Sandbox RPG Survival game with a heavy emphasis on PvE, there’s plenty in this game for adventurous gamers to enjoy. One feature that has certainly caught my attention is the Character Creator, and you definitely need to check this out.

For a long time I’ve been a fan of creating unique characters in my online games. Some MMORPGs, like City of Heroes were well known for the immense library of character creation features. These days, character creators can often lose themselves in sliders that seem to barely change the way you look, and racial options are often just reskinned humans with very few unique features. Chimeraland takes a supremely different approach in the way races are introduced.

You essentially have 16 base races, but each race has masculine and feminine versions of the race, some of which have different character models and names entirely. On one end of the spectrum, you may look like a Mind Flayer from Dungeons and Dragons while the same base race on the other end of the spectrum looks like a pillowy prissy jellyfish, almost like if Princess Toadstool were an actual Toadstool.  Each race can also be called something completely different at different stages in their growth, and based on whether they are masculine or feminine. 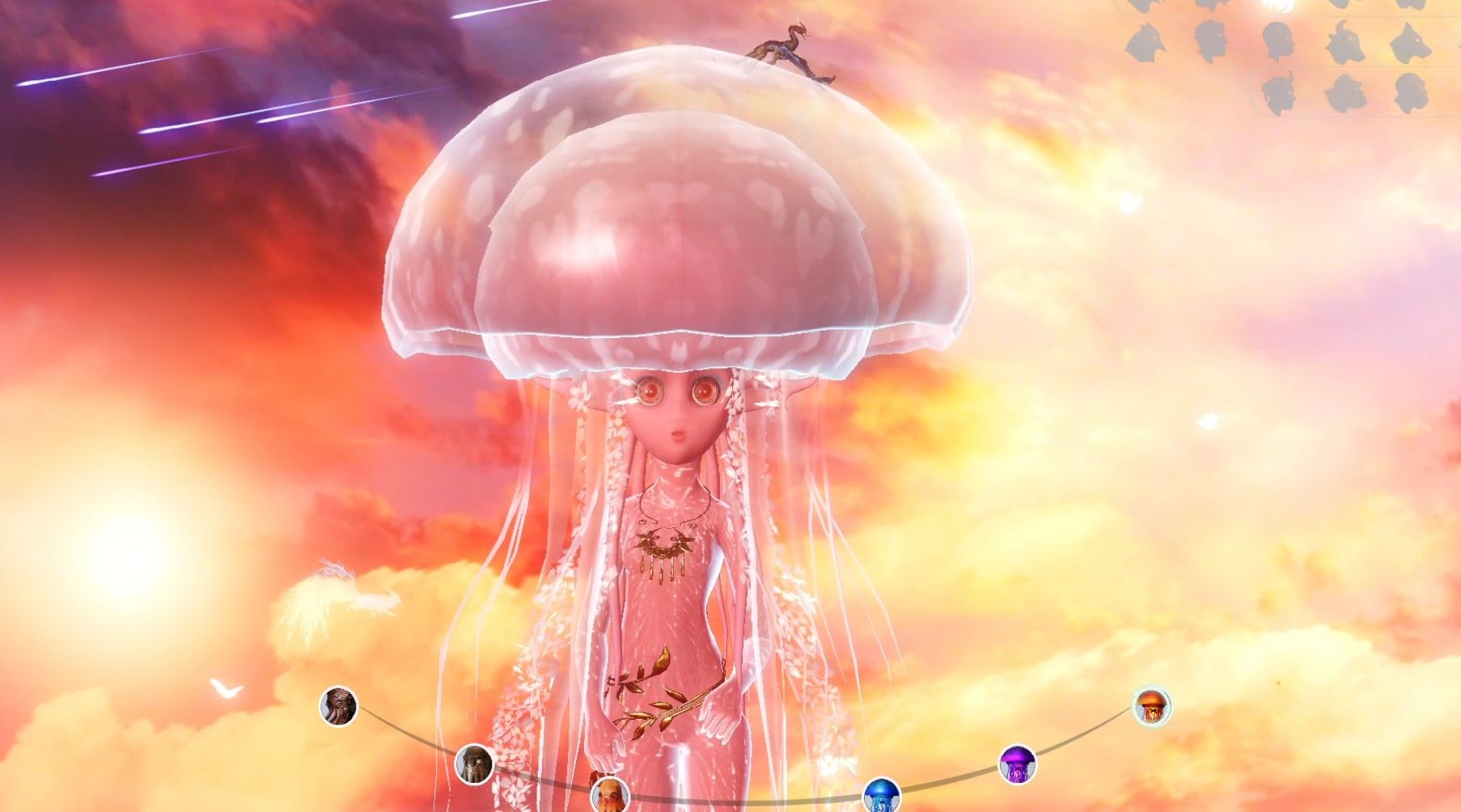 The character models are significantly different enough that your choices actually feel varied and unique. Once you’ve chosen a race, you then move into the next character creations stage, filled with all of those sliders and several cosmetic options to choose from. I really enjoyed toying with the sliders a lot more than I anticipated mostly because, even if you chose a unique race, like the Mandrake, the facial morphing actually worked properly, with limited clipping issues and full control on how you wanted to look. There were also plenty of options for color choice and the glow on your skin or shell, depending on your race, and some races even had very specific options that weren’t available to others.

Of course, there is an argument to be made for some races and their extremely limited options. More than once I was stuck with only one option in a category for a race. Sure, I could customize everything about that one option, but when you’re talking about hairstyles on humans, it can be pretty disappointing. Chimeraland seems like they’re trying to push players to unlock alternative visual styles through playing, or possibly through the shop. After revisiting the character creator from the in-game prompt I noticed a lot of cross-race features available to me that weren’t when I originally created my character. In addition, there were also several new features, like glowing hair, or uniquely designed skin, that were locked behind prerequisites. 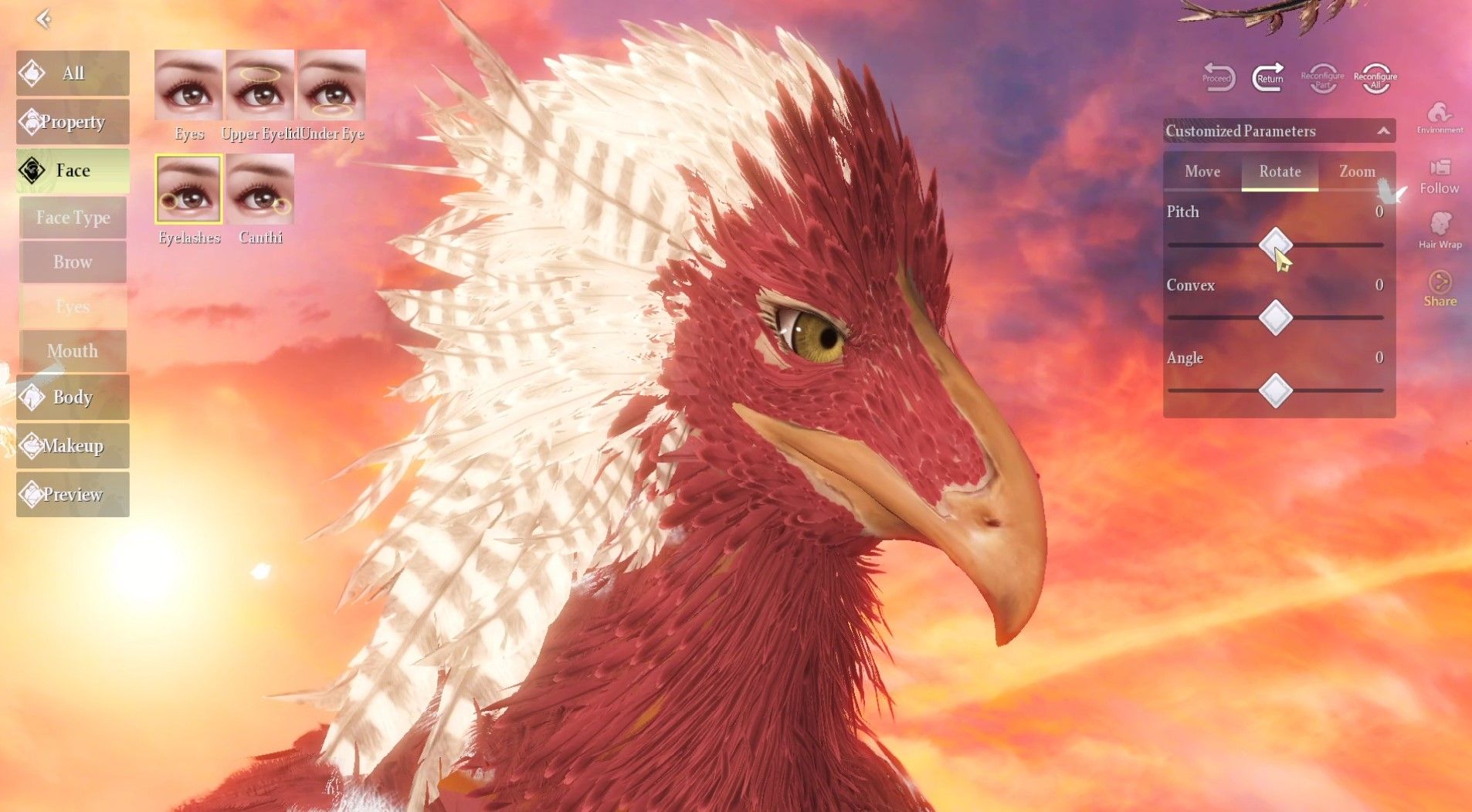 Aside from some mild disappointment, I still spent hours toying with different race options before I decided what to choose. For those that love customization, Chimeraland is a must try based on their character creator alone. For those looking for a new game to play, there is a lot to like about Chimeraland in that regard too. While the game feels a lot like an MMO, you would be hard pressed to find more than 20 players in an area at any given time, and the visual settings are capped at seeing 30 players in a given area. The PvE isn’t difficult, and anyone with basic third-person-shooter or action RPG experience would probably find most encounters a breeze, even if they were facing something far above their level. If you fancy yourself a base-builder or crafter, a huge portion of the game revolves around the leveling up through base building. Players looking to tame new mounts and pets will also find a lot to enjoy here, especially when you take into consideration that Chimeraland is cross-play friendly between movile and PC.

Despite the incredible first impression Chimeraland has left on me, the game isn’t perfect. There are still plenty of bugs, like enemies falling through the floor and some disastrous explanations on quest objectives. If you’re looking for something new to occupy your time though, Chimeraland is definitely worth a shot, even if it ends up you spend your entire time in the character creator.