If you’ve been waiting for the Neverwinter’s first milestone in their three-milestone Echoes of Prophecy battle pass, well, it’s now live. You can play this first milestone, A Tear in the Weave, today on PC, PS4, and Xbox One.

The Echoes of Prophecy events were announced earlier this month, slated to begin this October. Oh hey, that’s today. The battle pass features three such milestones, with the first milestone dropping today on all platforms including PC, PS4, and Xbox One.

This first milestone will see you take part in an evolving campaign while you uncover the mystery behind the Cult of the Dragon’s return. You’ll experience some pretty epic rewards, deadly enemies, quests, and more.

During this adventure, you’ll be able to unlock some limited time rewards like the Neverwintan Hawk and the Neverwinter's Standard Artifact Package by logging in regularly, playing throught the campaign, and completing various quests.

We recently had the chance to speak with the Neverwinter team about the strategy and how the team has designed the battle pass to ensure it's not something players will feel is pay to win, like so many other passes on the market.

MMORPG: Why a battle pass after so long with the current free-to-play model that Neverwinter has operated under for so many years?

Jared Sears, Lead Systems Designer for Neverwinter: Neverwinter’s free-to-play model is here to stay, especially since we want all players to be able to jump into Neverwinter and enjoy everything it has to offer for free. That said, we had the Redeemed Citadel, a battle pass last year for our 19th module, Avernus, although at the time it was called a “season pass,” and it had a free and premium track. Players really enjoyed the Redeemed Citadel, and for Echoes of Prophecy, we looked at the feedback from that run and made some adjustments and improvements to the structure in order to make it an even better experience this time around. Any game that runs for a long time needs to regularly reevaluate designs, content models, amount of grind and playstyle so that the game continues to deliver quality content that players are looking for. We try a variety of new things each year and the ones that players engage with and enjoy the most we continue to improve on. 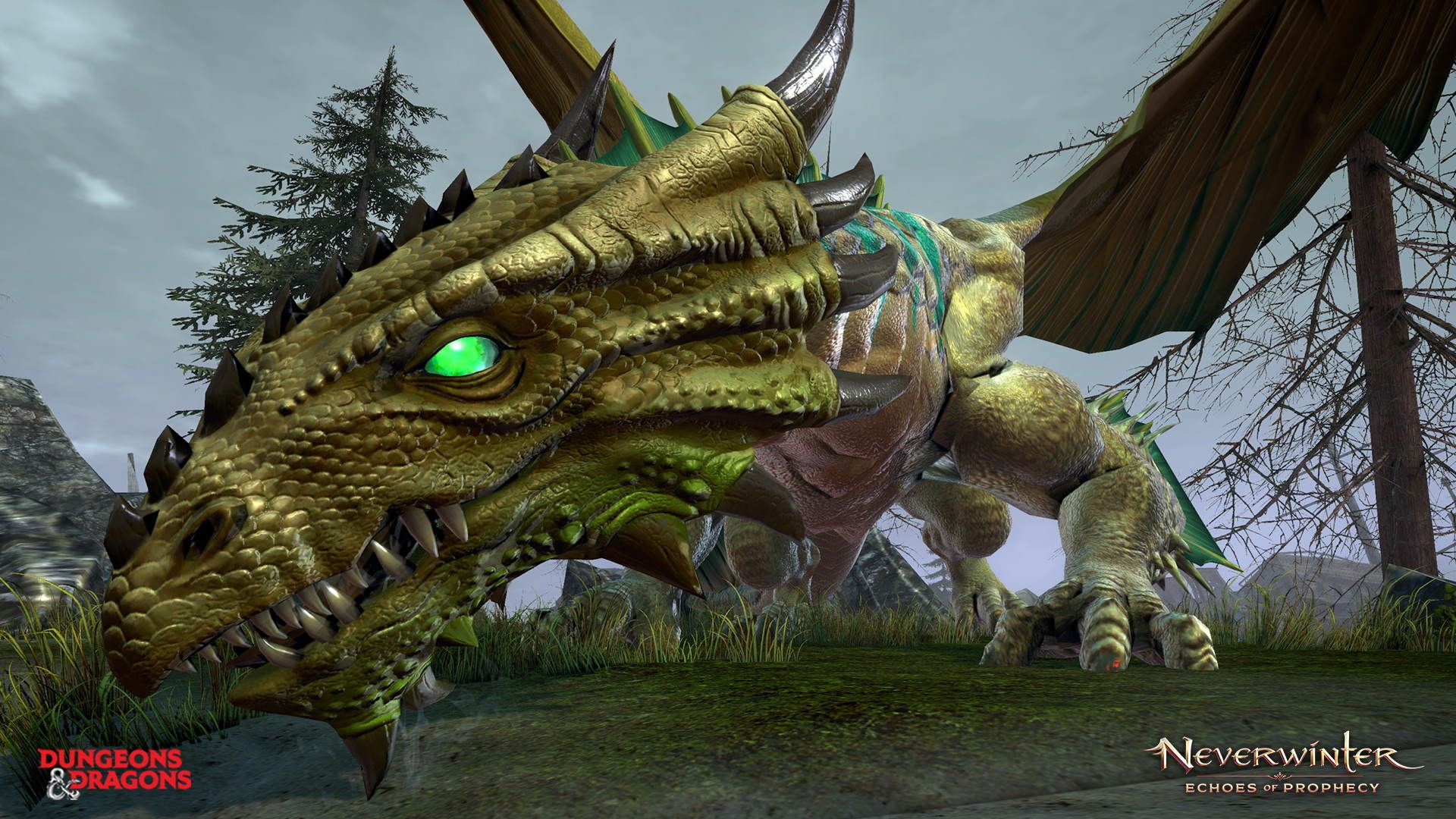 What benefits can users get if they opt to purchase the battle pass, and is the pass still able to provide quality rewards for those who opt not to do so?

Jared: The battle pass has two reward tracks: the free rewards, and the premium rewards that are unlocked by purchasing the premium pass. Both tracks offer a mix of items ranging from cosmetics and emotes, to new artifacts, to companions and mounts.

We wanted to make sure everyone could earn things they enjoy whether they’re playing for free or opting into the premium pass.

Can you elaborate on the types of items you can expect to unlock with the pass itself, such as cosmetics, mounts and possibly convenience items?

Miku Vo, Neverwinter Systems Designer: Along with being able to earn items to upgrade your favorite companions and mounts, here are just some of the additions the pass will add to your arsenal:

There are many rewards for all adventurers sprinkled across both free and premium paths in Echoes of Prophecy. 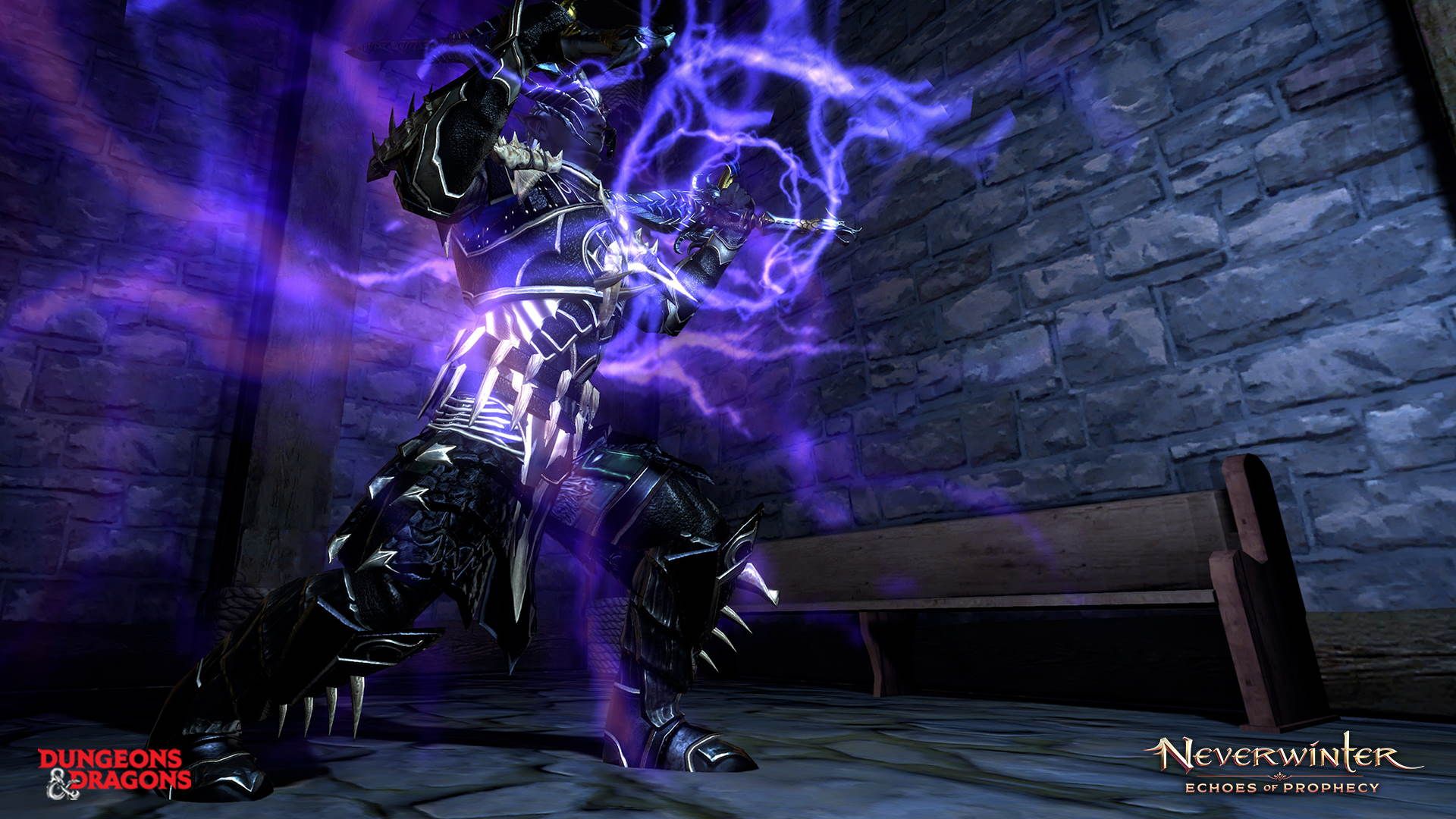 How did you design the pass in order to give those who wish to purchase it value without it feeling exploitative or even pay-to-win?

Jared: For Neverwinter, we want to provide options, not power for players. The free and premium paths of Echoes of Prophecy are excellent examples of that.

If you purchase the premium pass, you will earn additional rewards on top of all the rewards and content everyone already gets for free. An added bonus is that you can complete milestones after they've ended, giving you flexibility in how you approach Echoes of Prophecy. A nice benefit without being a direct advantage.

By bundling rewards into a premium pass and having gameplay elements for players to earn those rewards, it allows the cost to be a lot lower than if they were individual direct purchases. Players will find Echoes of Prophecy to be very rewarding whether they play it for free or get a premium pass.

How we avoid pay-to-win is by not selling stuff that gives any meaningful statistical advantage over players who didn’t purchase that item. For example, with the premium pass, you will earn a Mythic Mount. In Neverwinter, all mounts can be upgraded to Mythic so it isn’t that you end up with items a tier above what free players can earn over time. You save yourself time and resources on upgrading.

We’ve seen battle passes crop up in games for many years now, especially in MMOs, all vying for a consumer’s time and money. What do you think would set the Neverwinter pass apart and distinguish itself in the market?

Jared: I'm not sure about how other games, but for Neverwinter, you get access to the new content that comes with it for free, and get a lot of great rewards for free as well. One of the avenues to making progress in Echoes of Prophecy is engaging in activities players already do, such as the random daily dungeons and weekly legacy quests. So instead of having to disrupt your normal routine, players can now earn extra rewards for doing the things they already enjoy doing.

Echoes of Prophecy also brings with it a new unfolding story that builds over the course of the battle pass and leads into more new content in the future. Instead of being a one-off experience, it is a part of our world and ongoing adventures. 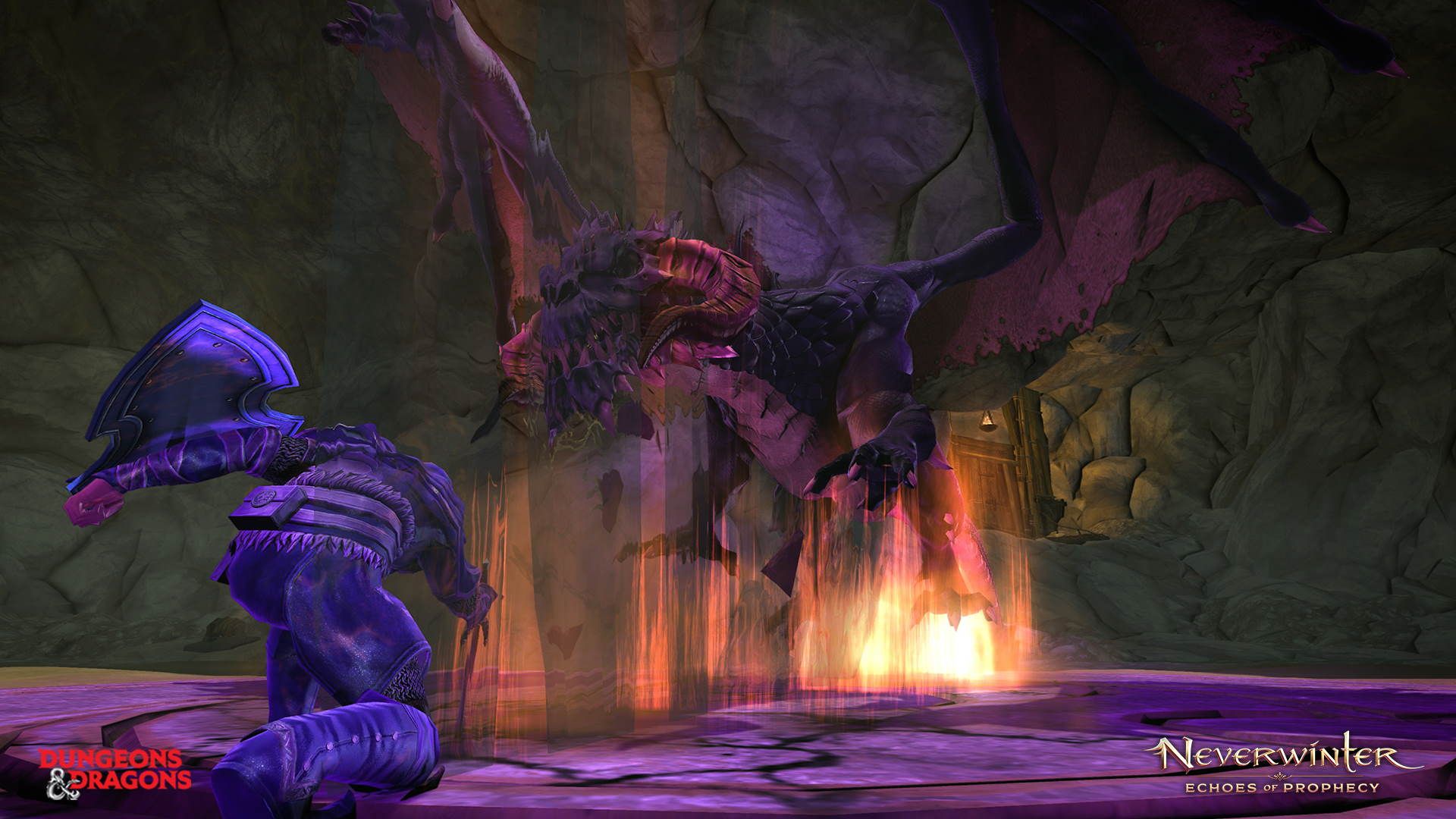 It seems with the milestone structure, each one providing content in addition to unlockable rewards, is part of an on-going effort in the studio to provide more content for the wider range of players. The press release states that story content specifically is part of each milestone as well. Can you elaborate on how the battle pass plays into the future of Neverwinter, not just from a standpoint of offering rewards for playing, but also deliver content?

Jared: Last year’s season pass, Redeemed Citadel, added content on top of a new zone and campaign that were released a couple of months prior to the release of the pass. This year, Echoes of Prophecy kicks off a new story that will continue to grow even after the battle pass ends and continues into our next major module release.

It is important that a battle pass doesn’t only open up new rewards or something new for players to buy, but does bring story, move the overall narrative of the game forward, and offer a nice change of pace from releases such as new campaign zones. This battle pass starts off with a new area being established in the main city of Neverwinter itself. I wouldn’t want to spoil the twists, turns, and interesting new stories continuing on from when the battle pass ends, so players will need to jump in and experience the exciting events set in motion with this release.Can you elaborate on the content coming with the first milestone and how it ties into the overall Jewel of the North module?

Noah Holmes, Neverwinter Senior Game Designer: A very well-known character that’s close to our hearts and connected to the youngest roots of the D&D tree is that of Elminster Aumar. Jewel of the North was about bringing the Neverwinter game one step closer to the table top game and this is a continued extension of that. Elminster is in need of brave adventurers to help figure out what is happening with the Weave and how it relates to other events along the Sword Coast.

Going forward, what are you going to be looking for in order to tweak and ensure the battle pass is providing the value you’re hoping for? How much will player feedback from the first milestone’s release play into subsequent pass milestones?

Jared: Since players can purchase the premium pass the moment Echoes of Prophecy begins, and it is a single purchase for all milestones, we wouldn’t fundamentally change the structure or rewards since that always has the potential to be seen as a negative change to someone who just purchased a pass.

If progress felt too slow, or a given mission felt like it had issues or was a grind then we would update those aspects to make sure the play experience is enjoyable. From there, any suggestions on different ways to approach a battle pass would be incorporated into a future pass the way feedback from last year was used when designing Echoes of Prophecy.Poorna Shankar also contributed to this report.