Back To The Big Apple A deadly virus has spread. Cities have been placed on lockdown, and yet a new contagion is poised take hold if the current government doesn’t take control of the situation and act fast. Sound familiar? The premise of The Division 2: Warlords of New York may speak more loudly now than it has in the past, with current events unfolding as they appear to be, but Ubisoft implants so much more than a continuance of a contagion story from The Division 1 when agents return to New York. In fact, Warlords of New York may actually be Ubisofts golden goose, the gift that keeps on giving.

Back in February, I had the opportunity to try out The Division 2: Warlords of New York in a short play test. The play test was quite limited, and it was somewhat difficult to understand how the newest expansion and gameplay enhancements would truly change The Division 2, aside from simply adding some additional, long sought-after content. Now, after tens of hours under my belt, and the first manhunt completed, I can say unequivocally, that Ubisofts direction post Warlords of New York is a game changer. 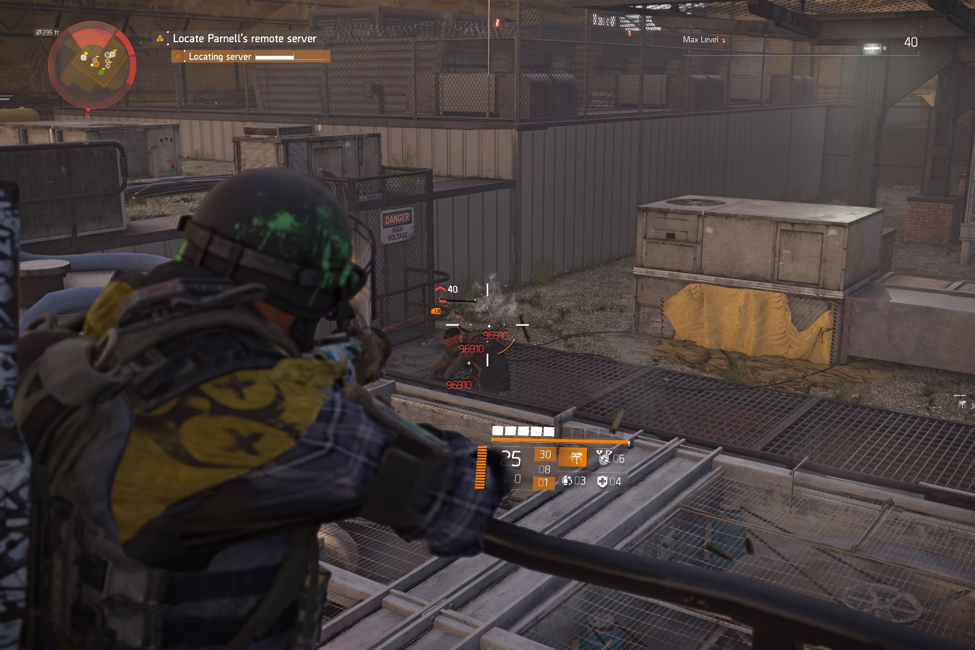 Warlords of New York welcomes players back to New York City in four distinct areas of Lower Manhattan. The prime directive of the visit to New York is to defeat Aaron Keener, a rogue agent whose ties to The Division's story start at the very beginning. Along with his lieutenants, the main story of Warlords of New York will task players to take on each of these bosses, earning new skills along the way. The story expands far beyond what you see within the manhunt missions. New electronic devices and echoes paint a picture of a profound effects each of the lieutenants have had on the current situation in New York.

New York City this time around is a 1 for 1 recreation of Lower Manhattan. As someone who is familiar with the area, the developers did an amazing job at designing the area to feel familiar, but also starkly different than what anyone would expect, as Lower Manhattan in Warlords of New York has been ravaged by a hurricane. The design of the terrain plays a huge part in the way encounters with enemies play out. Agents should expect heavy resistance surrounding them in most conflicts, with a much stronger emphasis on vertical engagements. Enemies have no qualms climbing scaffolding, peering off of ledges, and bombarding you with munitions in quick succession if you aren’t paying attention.

More Than an Expansion

Along with Warlords of New York came a host of new changes to the gameplay and end game. One of the most controversial, yet necessary, changes came in the form of a complete gear and weapons overhaul.  The premise of the overhaul was to streamline the way gear and weapons worked, so that people would have an easier time deciding what they should keep and what they should use. My initial impression of the item revamp was a poor one. A lot of my favorite talents were removed from the game entirely.  Everything felt different. The slow rise from level 30 to 40 had me somewhat distraught, as I slowly had to part with top weapons and gear, I painstakingly worked hard to piece together, in favor of mundane green and blue pieces.

After hitting level 40, putting together complementary gear sets opened up a lot of options that weren’t initially there with the old gear system.  I also found that I could quickly address what pieces I wanted to keep, which pieces made more sense to break apart for their stats at the recalibration station, and which pieces I should just sell or trash for parts. Still, many talents that were removed has changed the dynamic of how I played entirely, and some of the changes to exotic weapons has made them utterly useless, even after upgrading them to level 40.

Another enormous change is how skill power is calculated. The old system where you have to find a numeric value on your skill power gear has been completely scrapped for a tiered system that makes it much easier to determine what you’re getting for the amount of skill points on your gear.  The new skill tier system works exceptionally well, not only allowing players to know up front roughly what they can expect from their skills, but it also did away with modification requirements for skills, so you can slot any modifications to your skill abilities as long as you have them. I was overjoyed with finally getting the opportunity to slot the various modifications I’ve been saving, even if they only do a small percentage increase.

One of my biggest pet peeves prior to Warlords of New York, was the endgame grind. Many times, I would grind for hours, running through missions, with very little to show for my efforts as none of the gear I was hoping for would drop.  End game has completely changed that aspect entirely. Once you have completed the story portion of the game, agents unlock a whole new set of upgrade options, with a new SHD (pronounced shade) leveling system.  By simply playing the game, you level your SHD skills, that can increase your damage output, your health or defense, and even the percentage of ammunition you have. These incremental increases allow players to become more powerful every step of the way, giving players a lot of opportunities to become stronger even after they’ve found their perfect gear set.

In addition to the new SHD skill system, Ubisoft has also added a Season system, that will introduce a new manhunt, with new requirements, and “Season Levels” which reward players as they complete events and gain experience points. The first season has not started yet, as of the writing of this review, but it gives players a lot to look forward too, as new seasons will be added every 12 weeks. The real question at this time remains, will the rewards be worth it, or will Ubisoft entice people to pay for a premium feature to earn “more rewards” as time goes on.

The Division 2: Warlords of New York is certainly a worthy expansion, rife with new challenges, a huge gorgeous world to explore, a completely revamped end game, and some welcome new progression features to entice players to keep coming back. There have been several bugs during launch, such as a quest bug that stopped players from speaking with important quest givers, and a SHD tech cache bug that prevents players from seeing SHD tech nodes on their map. I experienced several non-game breaking bugs throughout my play time, but in my experience, players should expect a modicum of strange happenstances, like enemies getting caught on the terrain, or in one mission, a robotic dog flying high in the air.  These issues are few and far between however, and even the quest giver bug was patched out within 24 hours, signifying that Ubisoft is at the forefront of making good on delivering as good as an experience as they can.

What should players expect from this expansion, and the game post-Warlords of New York? For veterans of the game, expect some growing pains. The new gear system will take some getting used to. Enemies feel more dangerous, and the New York’s landscape feels much more treacherous. For new and returning players who may have been gone for several months, expect the same duck-and-cover gameplay, peppered with a hefty end game climb that intends to keep you fixated on being the best agent you can be. We have been on the cusp of some of the best content Ubisoft has ever presented, with Manning National Zoo, Coney Island, and now Lower Manhattan. While not every egg this goose has laid has been golden, Warlords of New York has me waiting expectantly, wondering what will happen next. There is no better time than right now to get into The Division 2.