I’m not going to bury the lede here. Final Fantasy VII Remake on PC is a terrible PC port, and you should not spend your money on it.

Square Enix are asking PC gamers $70 for Final Fantasy VII Remake. Put another way, they’re asking PC gamers to pay console prices, which is a foreign concept on an open platform with various markets and competition. As we’ll explore, this fact makes an already unacceptable situation even worse.

It’s worth noting Final Fantasy VII Remake on PC might actually be a debug build. This could go some way to explaining the horrid status of this port. However, I believe this is entirely irrelevant. The build of the game as it exists right now is the product Square Enix are selling for real money. This is the game for which real PC customers are being asked to spend $70. It’s this game, and not some potential future build, which should be judged as such.

Upon launching the game, I received an error which I couldn’t get past. I soon noticed my browser had opened and presented me with a page requesting I allow the game to share data. I refused, of course, which resulted in the following error message. 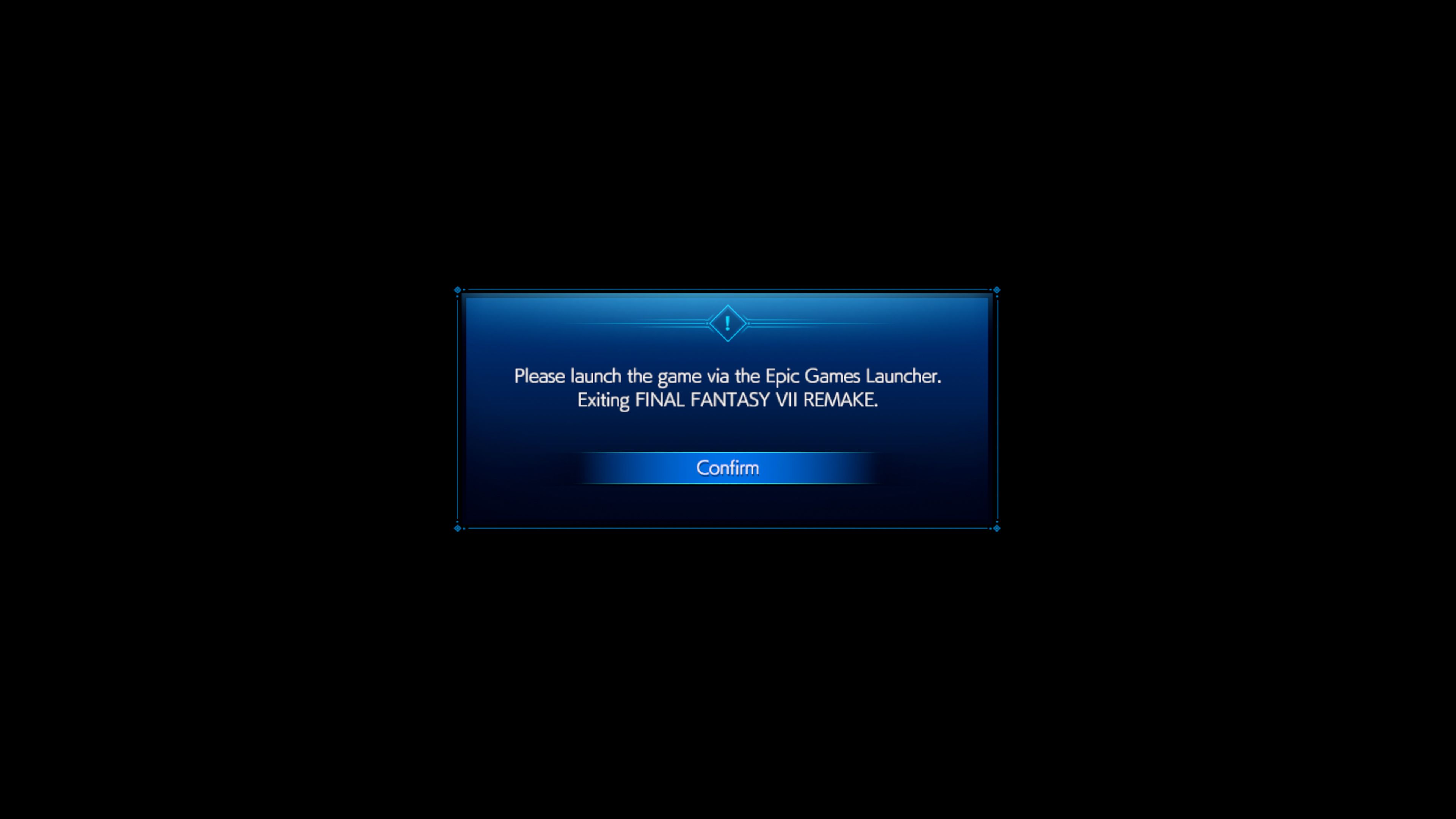 I actually couldn’t progress past this error until I allowed sharing of data. The irony of being forced to further this dystopian future just to play a game which is very much anti-dystopia and anti-corporate is profound. But this was just the beginning, a portent of what was to come. I was finally thrust into the opening cinematic which played at 1080p and 30fps. This looked stunning on my native 4K display (please catch the sarcasm there).

After this cinematic, I was finally thrust into gameplay. Immediately, I paused the game to try to access the settings, something I normally do in any game. However, much to my dismay, accessing any settings was impossible. Pausing the game only allowed me to unpause, access photo mode, or exit to the main menu. There was no way to access any settings of any kind. Great job, Square Enix.

As I see it, there are three major problems with Final Fantasy VII Remake on PC:

When taken as a whole, these three problems place Final Fantasy VII Remake as one of the single worst PC conversions I’ve ever experienced. Let’s go through these problems in turn.

First, let’s talk about the graphics options menu, with “options” used extremely loosely here. The options presented herein are less than the bare minimum. There’s no proper fullscreen option, nevermind an exclusive fullscreen. There are no antialiasing options, no texture filtering options, nor any lighting options. Do you want to adjust motion blur or vsync? Forget it. You’re asking too much from this $70 AAA title.

It seems almost farcical to lament the lack of PC technologies like ray tracing options and AI image reconstruction like DLSS when the bare minimum isn't even achieved here. How can I expect ray tracing when this game doesn't even include an ultrawide display option? 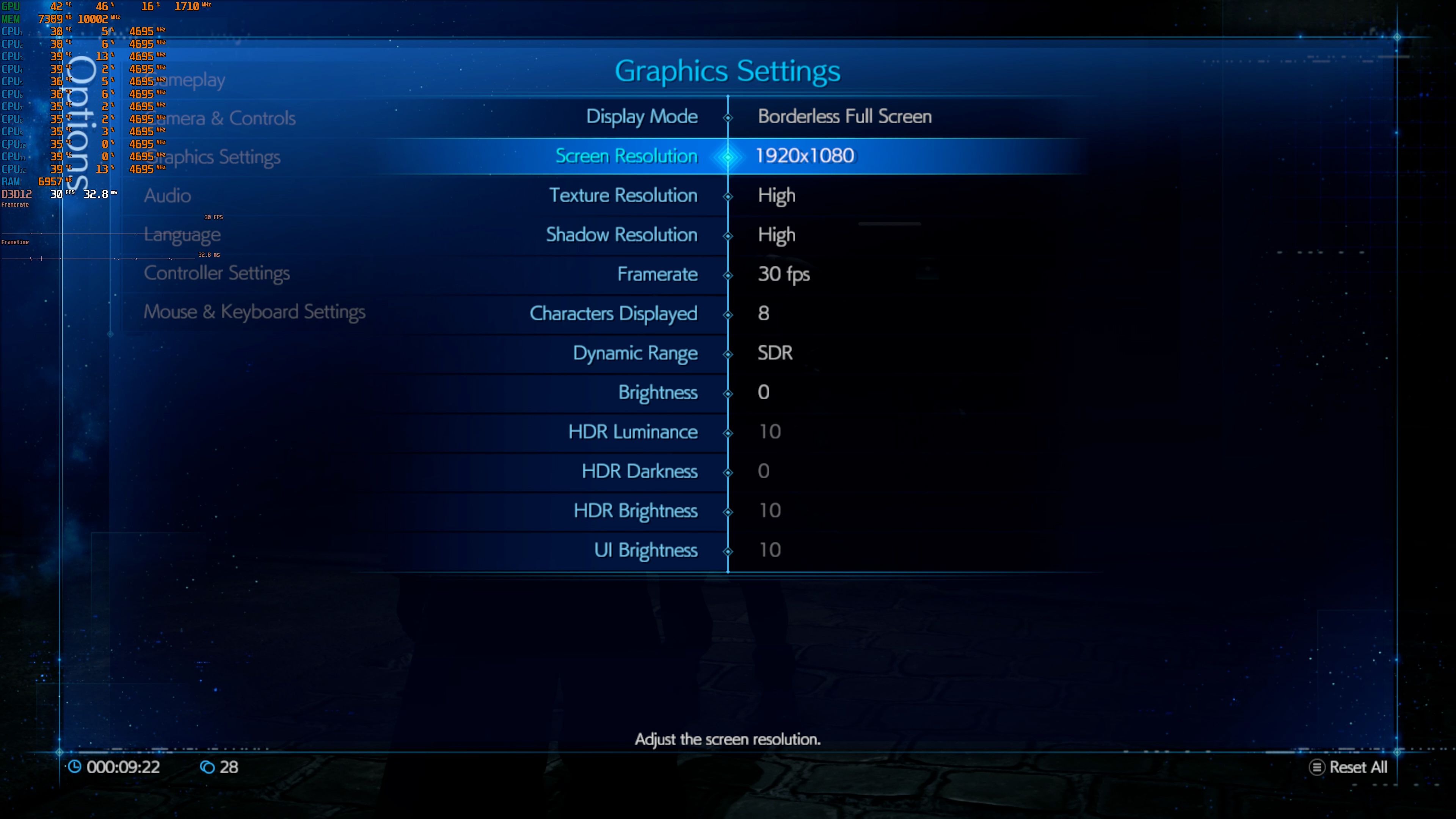 And then we get to the framerate option.

This setting is quite misleading. Unlike most other games which allow you to set a maximum framerate, the framerate setting in Final Fantasy VII Remake is really a target framerate. It’s easy to assume this option is to set your max framerate similar to a vsync option in other games. But no. There’s no indication from the game that this option is for target framerate. This directly controls the dynamic resolution, which leads us to the second major problem.

Dynamic resolution is permanently in place on PC. While dynamic res scaling (DRS, for short) is indeed a good thing – especially at higher output resolutions – it’s almost always presented as an option to enable or disable. Not so in Final Fantasy VII Remake on PC. Just like in the console version, you cannot disable DRS on PC. It scales based on your target framerate.

This means, no matter your selected resolution, Final Fantasy VII Remake looks perpetually soft and unstable. The image has a persistent jitter as the internal resolution is constantly adjusted as the game attempts to hit your target framerate.

There is a mod to disable dynamic res scaling. I applied the mod and retested the image. Surprise, surprise, the image was stable. But to celebrate the existence of this mod, I feel, grossly misses the point. Such a mod should not be needed in the first place. The game should simply provide PC gamers with the options and level of control expected from a AAA game by a major publisher. Time and again, PC gamers are forced to resort to community fixes for problems created by these publishers. It’s frankly unacceptable. 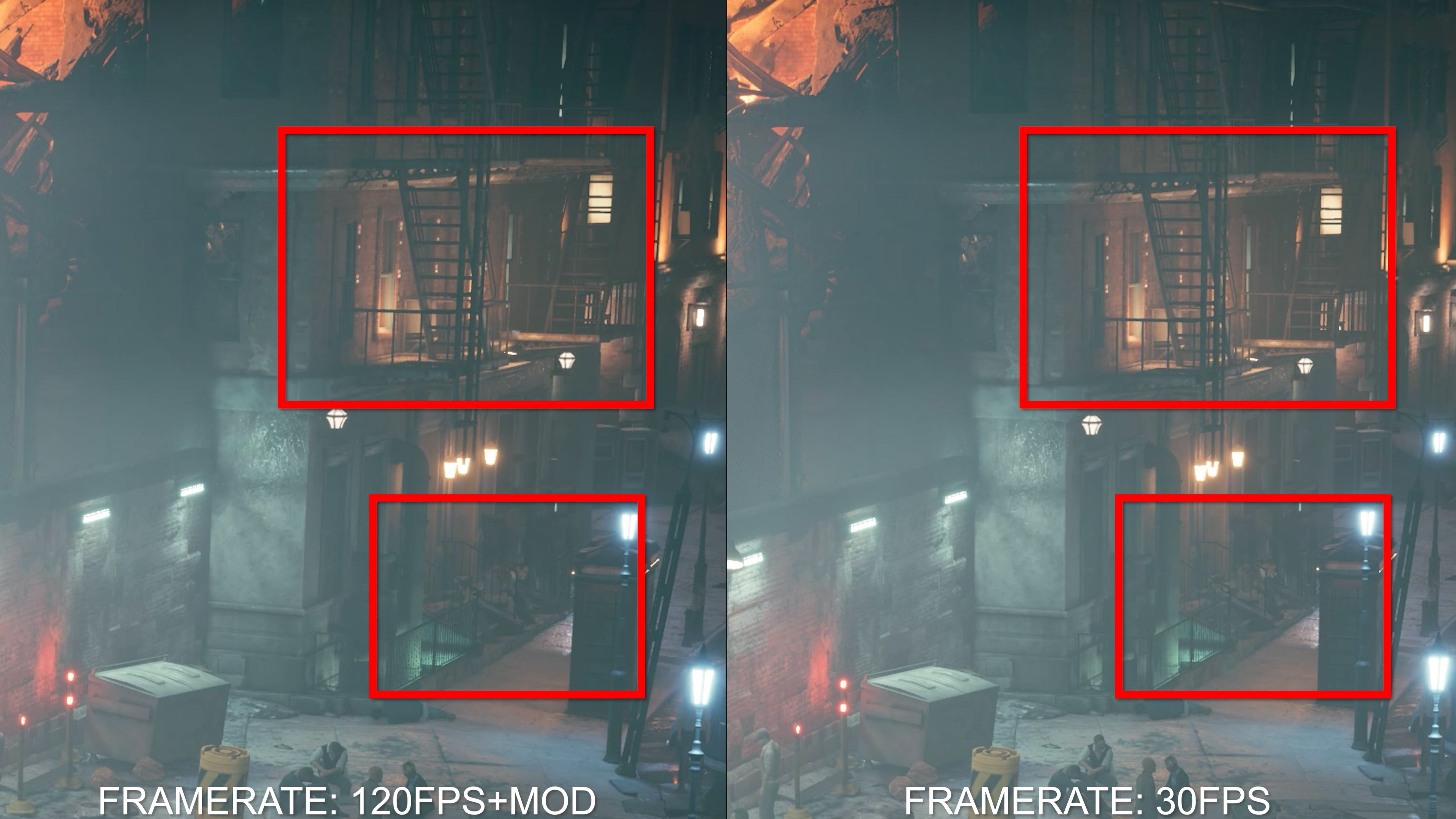 Finally, let’s look at the third major problem: stutter. This stutter is persistent. It permeates virtually every moment of Final Fantasy VII. You can witness this stutter in normal gameplay when simply traversing the world.

However, the stutter you experience upon impact during combat is not one such example. This momentary pause during combat when you land a particularly strong attack is gameplay-driven and a deliberate design choice. It’s meant to punctuate the power of your attack and is used in several other games. We can prove this by looking at footage of combat during such a punctuation and observing the frametimes during the moment of impact 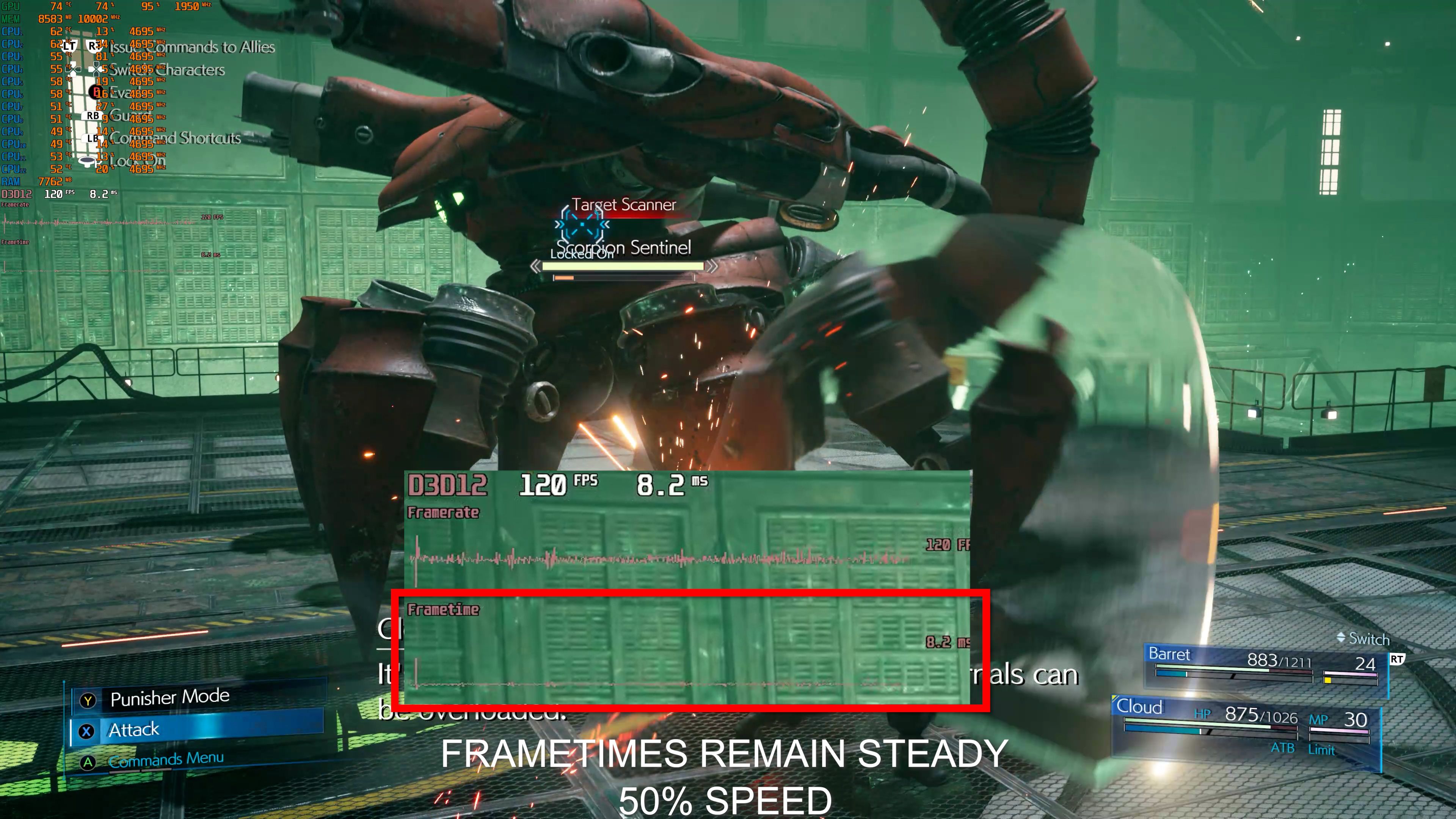 Additionally, in-game cutscenes, which are presented in real-time, exhibit this behavior. I couldn’t isolate the cause of this as it appeared to happen consistently, but at random points during cutscenes.

In summary, Final Fantasy VII Remake on PC is nothing short of Square Enix showcasing blatant disrespect – a truly staggering show of disregard – for PC customers, the very same customers from which Square deems appropriate to reach out and ask $70.

PC gamers are valid customers. They have made investments in hardware and, just like console gamers, want to see their investments respected by the games they play. To treat an entire user-base with this much disregard is contemptible. In case it wasn’t clear, do not buy Final Fantasy VII Remake on PC. Square Enix does not deserve your money.

Disclosure: Game code provided by PR for purposes of this analysis.