Now that I’ve been able to spend more time in Wrath of the Lich King Classic and raiding is in full swing, I have started to remember everything I enjoyed about Wrath the first time around. The second time around still feels more buggy than the first time, but I am enjoying the experience.

As I mentioned in my Review in Progress, when I first started leveling, I wasn’t having much fun with it. Initially, the storyline in Howling Fjord didn’t grab me the way I expected it to, after all, I recalled Borean Tundra being incredibly boring so I perhaps had my expectations for Howling Fjord a bit high, to begin with. Part of this is down to a trick of memory. For its time, the storylines in the Wrath zones were well done, and I really enjoyed them. However, at this point, I very much prefer the clear story path through a zone with the option of doing quests which are obviously side quests. This was less bothersome to me in The Burning Crusade Classic because I didn't remember the leveling story being particularly good, so I was just trying to move through that quickly. I expected Howling Fjord to be fun from the beginning, and it just wasn’t. 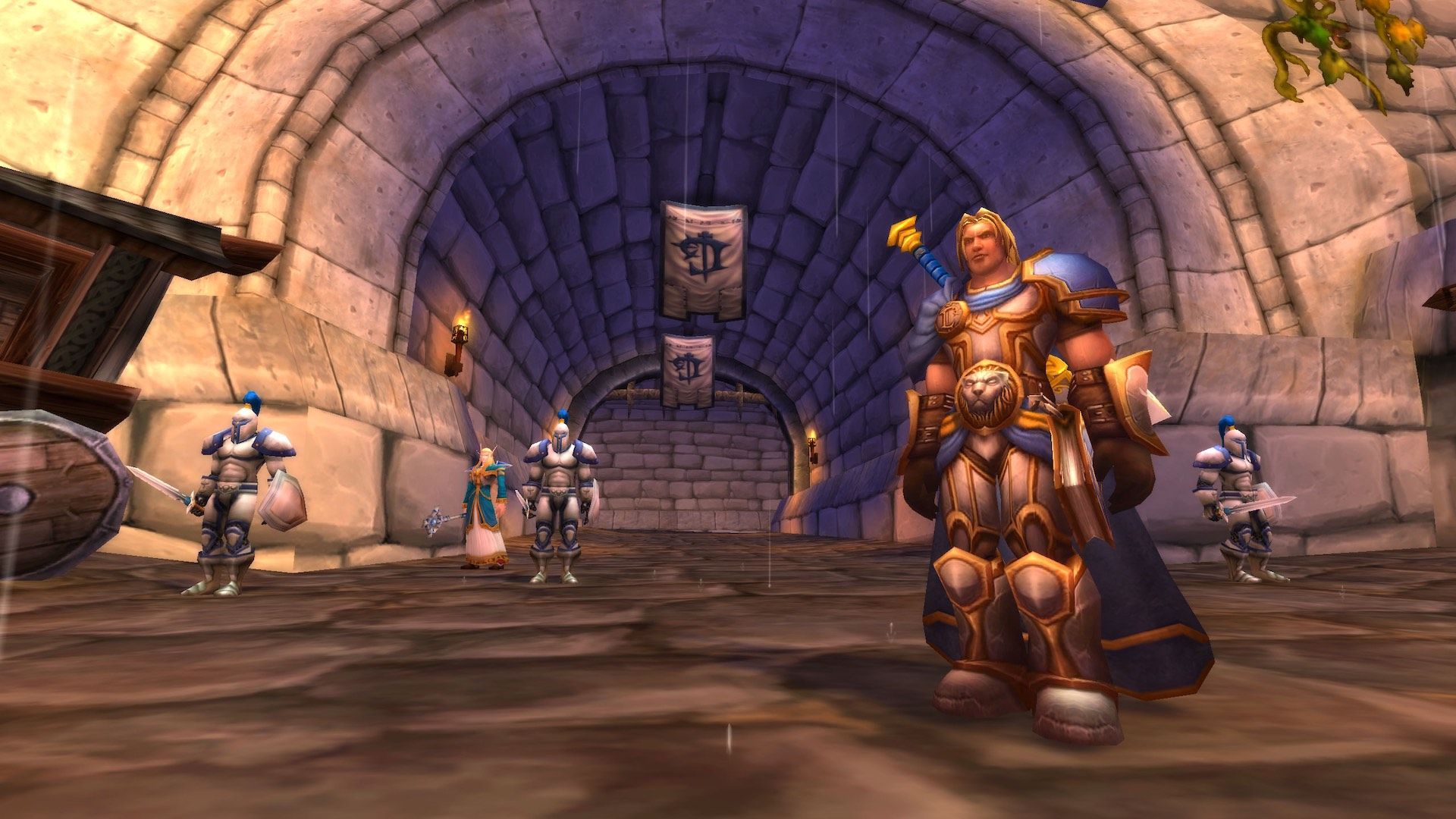 The turning point came when I started working on the questline for the Wrathgate, which I don’t remember doing before max level when Wrath originally launched. Or, at the very least, I didn’t complete it until much later in the leveling process the first time around. This time I had the addon Attune, which my guild uses to help coordinate the various attunement processes for guildies. This helped me find the questline early on, keep focused on it, and not get sidetracked. Having a solid continuous storyline to follow really helped me get into the grove of Wrath Classic and start enjoying it.

One of the reasons I sought out the Wrathgate storyline so quickly is that cinematic has always stood out to me. I remember seeing it in-game for the first time and being absolutely amazed. That said, I was a bit skeptical when before the launch of Wrath Classic, the Devs said they hadn’t updated the cutscenes at all because they held up really well. I was skeptical because Wrath was the first real swing at having stories told through key cinematics. Since then, the team has learned so much, I thought for sure watching the old ones would feel weird. I’m happy to say this is a case where the Devs absolutely were correct. When I got to the big Wrathgate scene, it is clearly done in a much older style, but it still resonated emotionally. Even knowing everything I know now about where the story goes, it is still one of the best cinematic moments in all of WoW.

After completing the Wrathgate storyline, I moved on to Grizzly Hills, and from that point on, I made good progress and was having a lot of fun. Somehow I forgot just how much I loved Grizzly Hills as a zone, but it has some of the best music and amusing questlines. Although, the one with acorns was not nearly as funny as I remembered it being. That’s probably just down to me being in a very different place than I was when Wrath launched the first time. Also, despite knowing badges of heroism are rewarded for completing each zone, I enjoyed questing by hopping between the various zones as I wanted rather than focusing. I will go back and finish those for the reward, but as far as leveling, I enjoyed the variety.

To LFD or Not To

One of the biggest controversies going into Wrath Classic was the decision not to include the automatic group finder. On the one hand, I understand where the Devs are coming from. The auto group finder is one of the main features players have cited over the years as a big reason the sense of community on servers degenerated. Also, they do have a point that, as we saw the first time, the “just don’t use it” mantra doesn’t work out well in practice. The automatic group finder only works well if there are enough players using it and are balanced enough that queues are short. The same thing is true of manually putting a group together, the longer it takes to find people the less likely the run will happen. 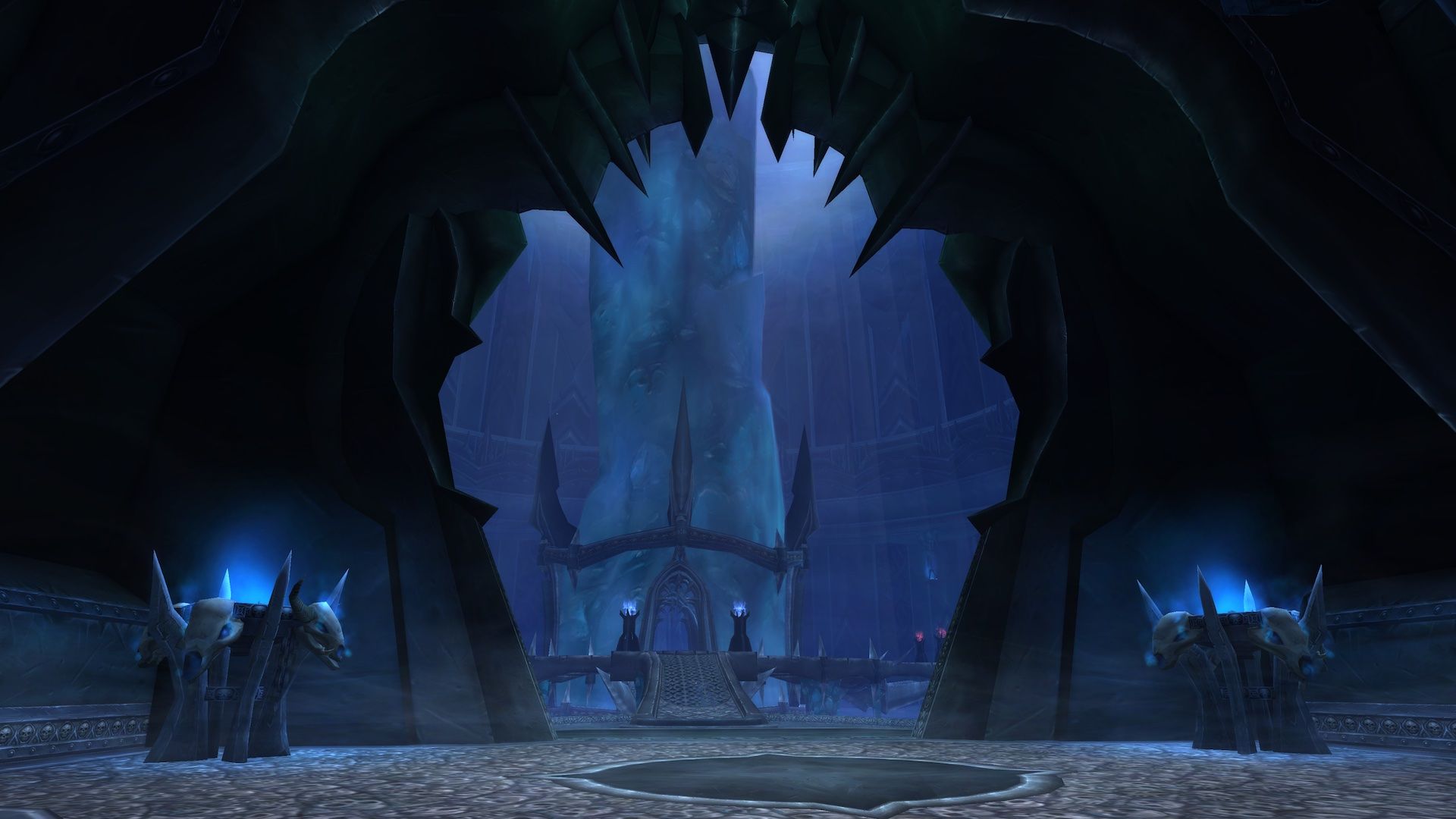 That said, I feel like this is one change that long term, probably won’t end up being a positive change. I have succeeded finding and putting together groups through the tool and even met some cool people I’ve friended. However, at least 50% of the time, when I go looking for a group for a specific dungeon, there is no group or the ones that are there don’t need my role. Quite often, I don’t want to deal with putting a group together so I just forgo doing the dungeons I wanted to. I am also fortunate that my guild is endlessly happy to do dungeons as well. I’m sure this whole situation is even worse for players who are in smaller guilds or guilds who might not be interested in dungeons. This will also worsen as the expansion goes on for people starting late/leveling alts.

That said, I have found the dungeons to be my preferred content to level in, which is odd because I generally have a very low tolerance for repetition. Considering that fact, it’s astonishing I leveled almost entirely from 73 to 74 via chain-running Violet Hold, and I’m still not sick of that dungeon. After so many years of running these dungeons in timewalking, I truly am enjoying playing them at level again. They aren’t as hard as they were the first time around, that is, after all, the benefit of playing a solved game, but are still fun to do. Initially, I thought by the time Heroic+ dungeons came around, I’d be bored of these dungeons already. There is still that chance, but I’m still far from being bored with them.

Some might also argue the manual group finder is also superior because it is a better way to find people to do open-world group quests with. I can’t speak for every server, but in practice on my server, it has been far more effective to just post in map chat the quest I am working on. Even now, way after the main curve of people leveling, that has remained the surest way to find people who not only need the quest I want to do but are in the area available to do it. This wouldn’t change if the automatic dungeon group finder.

Issues arose right from when pre-patch launched, and there have been more consistent issues with the launch of Wrath Classic than I recall seeing with any of the other Classic launches. Some issues, like the boats not being able to deliver people to Northrend could be down to too many people trying to do something at the same time. This makes me wonder if more players started playing during the Wrath Classic Pre-patch and launch than they have had with Classic and TBC Classic. I’d honestly love to see some numbers regarding that.

Other issues don’t seem to be so easily chocked up to being population related. For example, the Siege of Undercity was completely bugged for a while. Even as of a week or two ago, there were still issues. In one run, we had the whole thing hang a couple of times, and then at one point, the NPCs just disappeared and reappeared where they were supposed to run to, and we just had to find our way there. Additionally, Jaina had to tell us she abhors violence so much that I began to feel very violent towards her.

In the realm of less important bugs, but still kind of annoying, multiple of my guildies have not received the achievements for finishing a dungeon until they’ve done them multiple times. I’ve also had issues where phasing has gone a bit awry and I wouldn’t see NPCs who I needed to turn quests into, or quest objects wouldn’t load up at all. Blizzard is definitely working on fixing what they can, but overall it has just felt like an incredibly buggy Classic launch. Also, I’ve only mentioned issues I’ve directly seen or experienced. The list of issues others have experienced is far longer.

The content of Wrath Classic is still great and has held up over time really well. However, the many issues and bugs of the launch have dulled the experience, particularly for players on very high-population servers or players who were hoping to join friends already on high-population servers. I’m hopeful that as we move through phase one and into phase two Blizzard will continue to polish things up and get everything righted. However, their history of solid Classic launches has been a bit tarnished with this one.