It’s been a little over a month since I first stepped through the Dark Portal and took my first steps into Burning Crusade Classic. Although there have been some changes, for the most part, everything is there just as I remembered it. There have even been quite a few things I had forgotten about as well, which has been a real treat as well, and I think that’s where both Classic and Burning Crusade Classic excel. It’s been long enough since we’ve set foot into these areas, in anything even vaguely resembling how they were intended to be played, that even for those of us who were there the first time around, we can still have some of the same sense of discovery that we felt the first time around. There’s something for everyone in BCC, and it’s a blast.

This might sound odd to some people, but I was really looking forward to leveling and working my way through the quests in each zone again. I was more interested in that than getting to raiding, which as a longtime raider, is odd. The way leveling story was done in TBC is fundamentally different than it has been in Retail, since at least Legion, although the real shift in storytelling probably started as far back as Wrath. In BCC, each zone has its setting and things which fit into the overarching storyline, but it’s less defined than it is now. In some ways, everything in the BCC zones feels like side quests, but in a good way. There are many regular run-of-the-mill type quests, but there are also many interesting little questlines that don’t directly link up to the expansion storyline.

When BCC first launched, there were, obviously, a ton of people running around trying to level, which meant waiting on respawns or fighting other players for tags. One difference I’ve noticed in this expansion so far is players, in general, seem less willing to group up to get quests done than they previously did on my server. Of course, this varies from server to server, but I have found a lot more instances of people fighting to tag things rather than just grouping up to help everyone at the same time. This was a bit disappointing initially because the helpfulness of people on my server, in general, was always one of the pluses to playing in Classic. 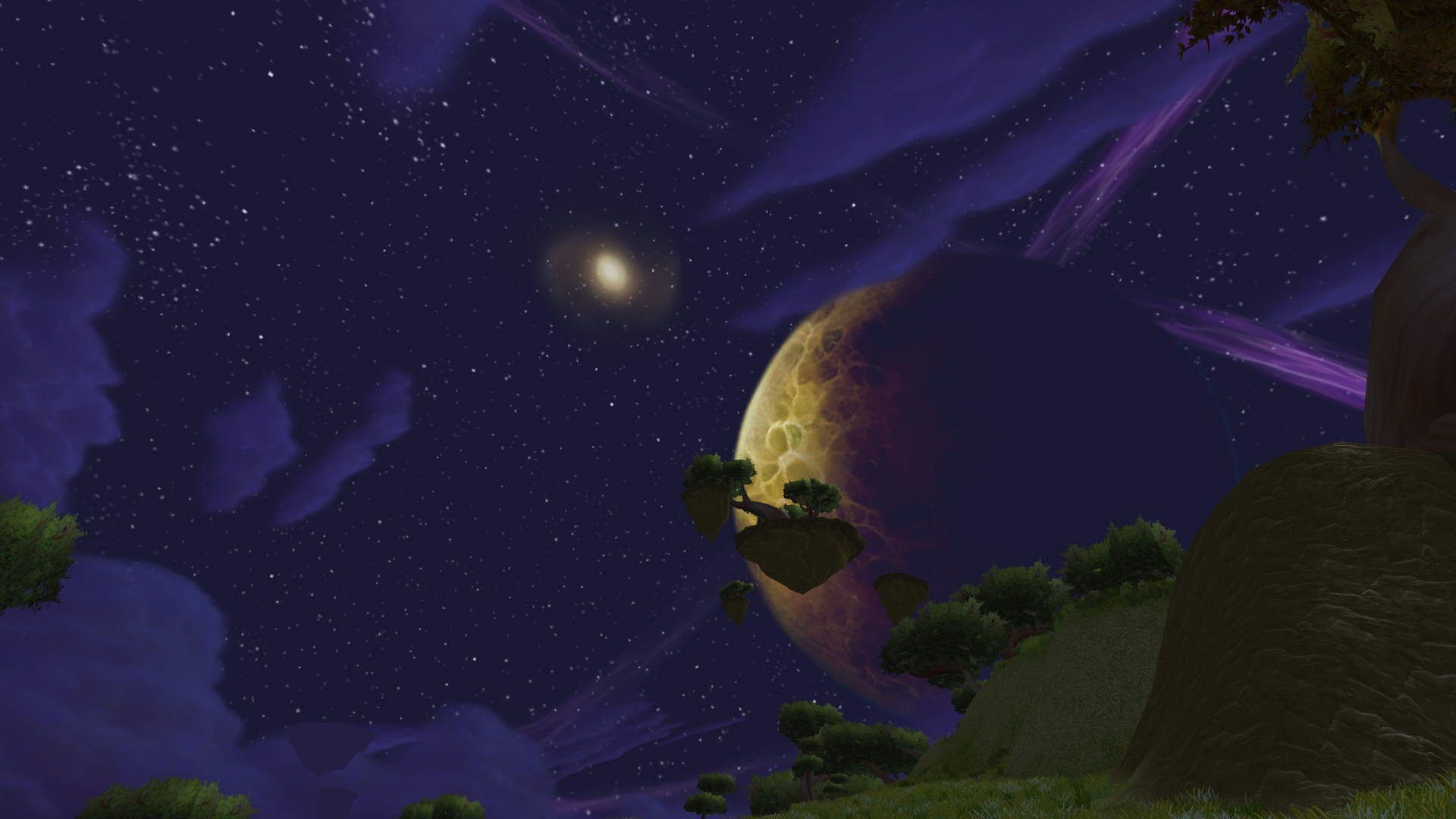 This issue has gotten a bit better as we’ve moved further in the expansion, and fewer people are leveling/more people are leveling alts at this point. First of all, since there aren’t as many people about getting in and doing what I needed to just became easier as time went by due to lack of competition. Secondly, everyone seems to be a bit more chill about things in general at this point. Maybe it’s because everyone leveling currently is “behind the curve,” so there’s less pressure to get max level asap, or people are taking a more relaxed approach with leveling alts. Either way, for players looking for an exciting leveling experience and who don’t want to grind dungeons all day, leveling through questing in the various zones is a great option, even if you are looking to level quickly.

Speaking of dungeons, I honestly had forgotten how many there are and how wonderful and fun they all are. There are 15 different dungeons, and each has a hub area making going between the dungeons in one hub incredibly easy. Some aren’t available until max level like Black Morass, while others are available as soon as players step foot through the portal. Although finding a group can sometimes be difficult if you don’t have a group, especially as DPS, I highly recommend doing it whenever you get the opportunity. Aside from the better quality gear than most quests offer, they also are really fun and tell their own stories. Plus, if you have any interest in raiding, then you’ll need to do some for attunements and need to do some heroics for gear as well. 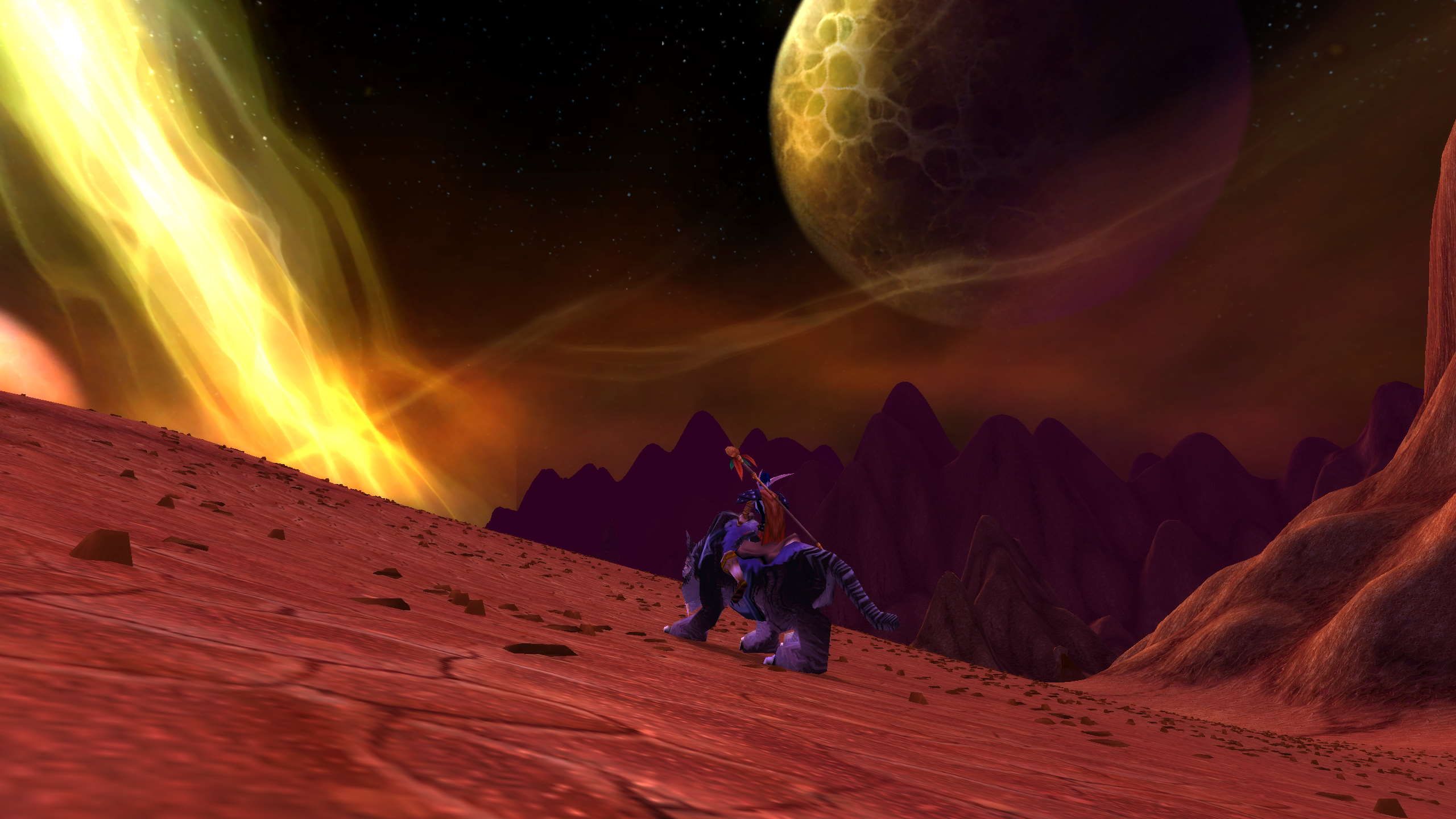 One of the hardest things for guilds to pull off the first time around was switching from 40 man raids to 10 man Kara and 25 man raids for the rest of the expansion. The 40 down to 10 man was particularly killer. I know some people will say that a 40 man raid could just be broken up into four 10 man groups, and it’d be fine, but that’s not how things work at all. Composition is a bit of an issue; most guilds wouldn’t have eight well-geared tanks sitting around, so they couldn’t put those four groups together quickly. Recruiting that many tanks wouldn’t be a great option long-term either because once you move on to 25 man raids, you don’t need eight tanks anymore. Plus, in a 40 man raid, guilds could get away with having players who might not be that strong. In a ten-man raid, everyone pretty much has to carry their own weight.

Unsurprisingly, this has held true for BCC as well. My guild struggled a little bit at first when they put together as many groups for Kara as they could field, without giving a proper eye to raid composition and if everyone were ready to be going into a raid. They, of course, have made adjustments and are now progressing steadily through things, but it isn’t just my guild who have struggled a bit there. It’s a common problem, especially for guilds who lean towards the more casual side of things. Guilds seem to be navigating these challenges the best they can, though, which is the best that we could hope for here, as fixing this issue would require pretty massive changes to BCC.

All that said, the raids in BCC are some of the best in WoW’s history. With the phased release, we get to focus on and appreciate Karazhan, Gruul’s Lair, and Magtheridon’s Lair for what they are. Considering Karazhan is only 10 man, while Gruul’s Lair and Magtheridon’s Lair are very small raids, Sepentshrine Cavern and Tempest Keep would have quickly overshadowed them, which would have been a real shame.  Karazhan has some of my favorite fights in a raid period and is a blast to experience again. Both Gruul’s and Magtheridon also have some remarkable aspects to them as well. 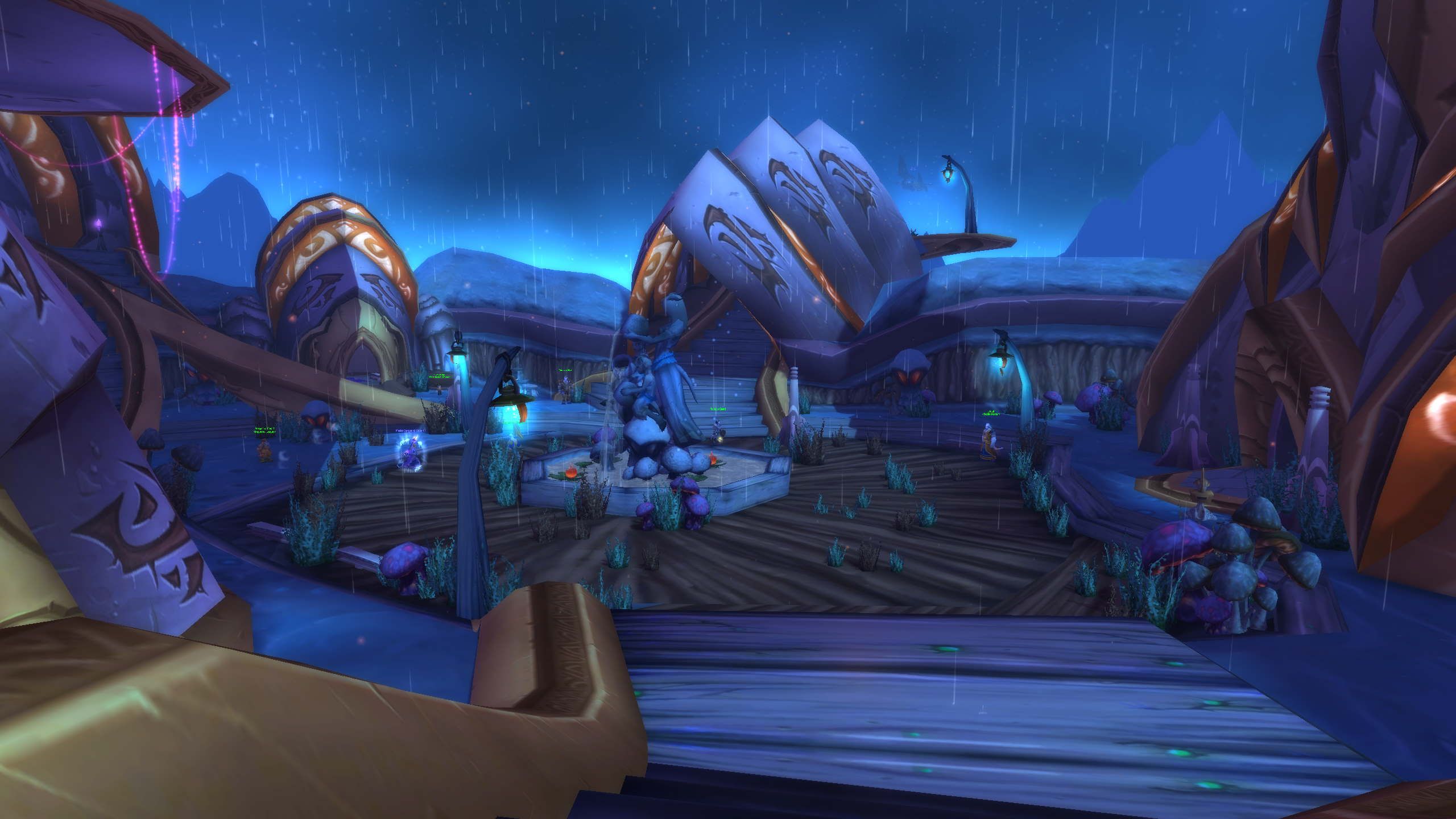 One of the mantras throughout Classic was it would be Vanilla with very few changes. The basic idea was that Blizzard wanted to give an authentic Vanilla experience but also make changes to improve things where it made sense. Overall, these changes were aimed at the fidelity of the experience more than anything else. For example, an OP item in Vanilla, but not many people knew about it, so it wasn’t messed with, would probably be nerfed in Classic because everyone generally knowing about it unbalanced everything. Also, starting classes at the point, they were near the end of Vanilla rather than their launch state is another example. With BCC, Blizzard has made a lot more changes from the original version of TBC.

Some of the changes to BCC have been excellent choices and are precisely the right ones to be making. For example, allowing Paladins of both factions to have access to the same seals from the beginning was a perfect choice. Although this hasn’t solved the issue of faction imbalance, because it never was just one or two things that lead to that, it was a change that certainly helped. Also, holding back Mount Hyjal for phase three rather than having it available at release was also a smart choice and made sense when considering the level of that content in terms of difficulty. 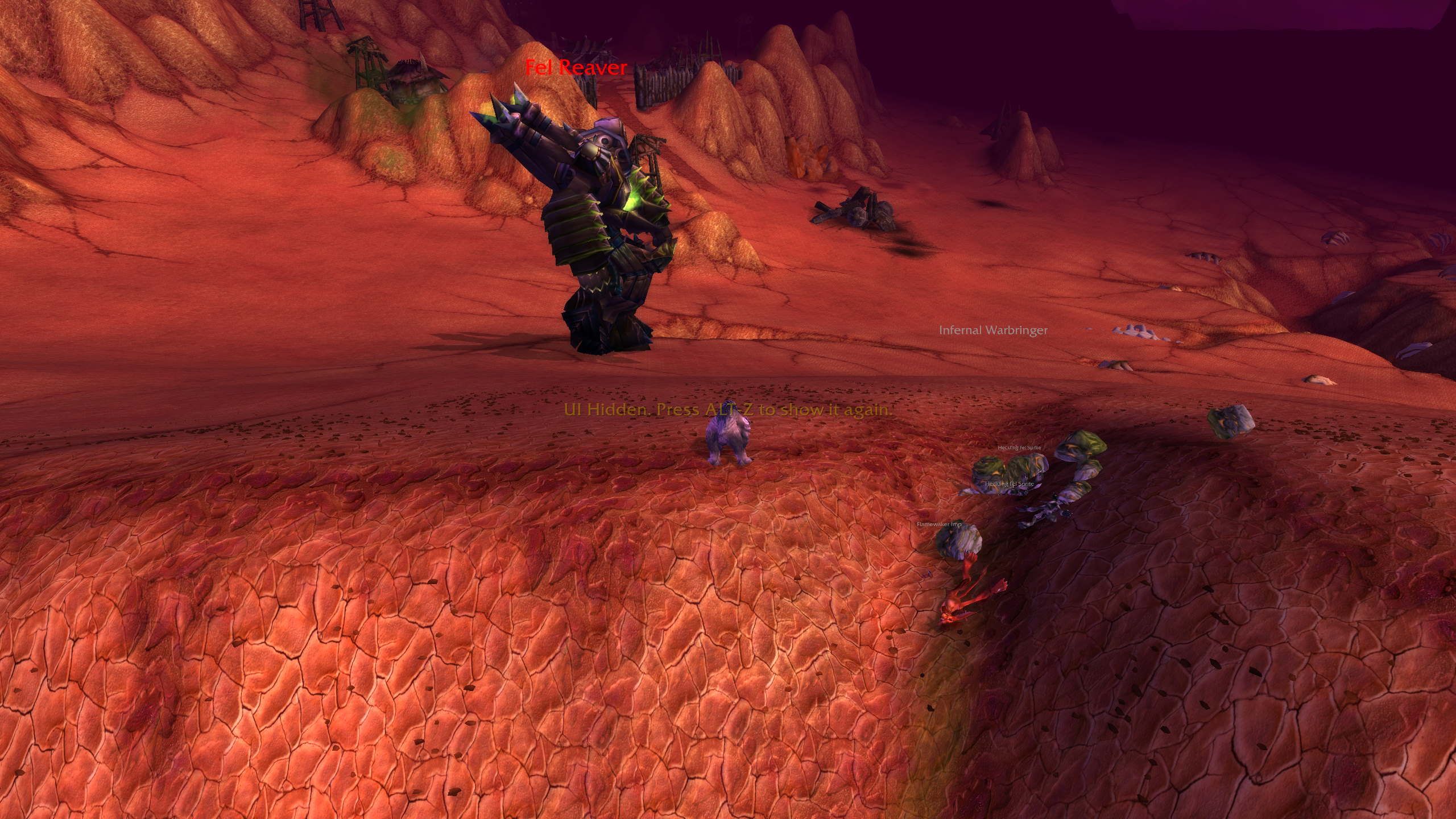 What gets Blizzard into more trouble this time around are the more cosmetic changes and offering boosts. The cosmetic changes are items like lizard mounts, a new hearthstone animation, or the imp in a ball. Back in TBC, special toys and mounts could be obtained from buying card packs and getting lucky to receive one you wanted (not to mention pets obtained from buying collector’s editions). Generally speaking, I’m not bothered by the cosmetics obtained by outright buying them (or buying a deluxe version of the game). You can buy what you want directly rather than having to buy tons of packs for a chance to maybe get the thing you wanted in the first place is way better. However, this also means more people are riding around on their special lizards than there ever were riding Spectral Tigers.

The boosts to level 58 are another thing entirely for many people, and honestly, I get the complaints about this a lot more than the complaints about the cosmetics. The main complaint around boosts is that players don’t actually learn to play their class when they boost, and then they are a hindrance when they go to do dungeons or raids. Which yes, when you boost, you get hit with a lot of abilities all at once, and it can be quite a blur. Plus, you don’t get enough gold to buy all your skills, so you might not learn some essential skills. I definitely would never recommend anyone boost their first characters for all of those reasons. However, how classes play at max level is different from how they play while leveling, and most players need to learn max level playstyle regardless, even after leveling the slow way. So, it’s honestly kind of a wash.

Burning Crusade Classic has been an excellent launch of some of Blizzard’s best expansion content to date. It’s an excellent experience for veterans and players who never got to experience Burning Crusade the first time around. However, if you are looking for an authentic TBC experience, this isn’t it. I mean, you can’t get that no matter what because part of the experience is we all knew so little about WoW’s inner workings, and there’s no way to recreate that. If you’re looking for a version of WoW, that’s a bit of a slower pace and less handholding (unless, of course, you get certain addons), then you should probably give Burning Crusade Classic a try.