About a week ago now I delivered my first review in progress of Torchlight 3 in the form of a review in progress.  Being about level 30 at the time I didn’t want to chalk it up as a full review in the hopes that things would change at the end with the introduction of Enchanting and the end-game Fazeer’s Dun’djinn. After a short refresher of some key points of the first article we can answer the question on everyone's mind: How does the Torchlight 3 experience hold up in the end game?

Gun to my head I would have to say my key gripe with Torchlight 3 can be boiled down to a pacing problem.  In previous ARPGs I’ve experienced the pace of the game has never felt as linear as Torchlight 3 feels.  Take Diablo 3, for example, where the beginning of the game is fairly tedious as you unlock abilities, the modifiers for them, and start synergizing skill sets that allow you to plow through mobs in a gleeful display of unapologetic carnage.  Sure maybe some of the levels towards the end can take longer than the beginning but the overall pace of the game as you reach level cap is drastically different than when you start.  For Torchlight 3 this wasn't the case.  I never reached a moment where I felt powerful - the pace I cleared mobs and content as I reached level cap was virtually the same as when I started the game.  This problem, however, seems to be more of a result of forgettable item drops, flat skills, and level normalization that happens when you outlevel the story. 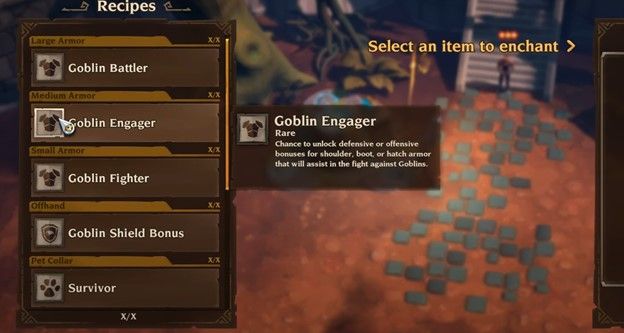 The aspect I was most looking forward to seeing at level 60 was enchanting - if anything would change the player experience it would be this, I thought.  Initially I was confused when I first started playing through the game because I was receiving enchanting rewards but couldn’t figure out how I was supposed to enchant anything.  A quick read of patch notes revealed that while before release you could learn enchanting earlier on it was ultimately moved to an end-game feature.  If there’s any game that needed a good enchanting system it was Torchlight 3.  Items just don’t feel exciting or impactful.  When you compare other games like Path of Exile and Diablo 3 where items can change the entire way you play, that feeling and mechanic just isn’t present in Torchlight 3.  Legendaries are powerful, sure, but the most I’ve seen any item do is add a few skill points to various abilities in my skill tree.  There doesn’t seem to be any stats that make significant improvements in your power level, either.  Hardly exciting or game changing behavior.

Like all the other features in Torchlight 3 enchanting leads you to your fort where you’ll build an Enchanter’s Altar.  From there you’ll use enchanting resources (Magic, Rare and Legendary essences) to enchant your gear.  You’ll pick the item you want to enchant, select from an array of enchanting recipes that have the potential stats you want, and click that button and pray.  If you’re like me and don’t get what you were hoping for you now get to disenchant the gear and try again.  And again.  And again.  Did I mention that it costs gold to disenchant? 1,000 coins deep if you’re doing a legendary item and half that for the lowest magic quality gear.  The recipes themselves aren’t that exciting either - mostly modifiers to stats like defense or health and percent increases to block chance or procs.  It did little to fix the non-excitement of items in the game.

I’ll be honest - the endgame in Torchlight 3 never really grabbed me. Dubbed Fazeer’s Dun’djinn, endgame consists of completing a series of increasingly difficult challenges in more randomized dungeons.  Each challenge level consists of different boons and ailments.  For example, during challenge number four, monsters move and attack at 50% extra speed.  In addition you’ll be shown three “cards” that add additional challenges like decreased relic energy generation or spike traps being littered throughout the level.  It’s all a good idea that would have been a blast to play if the gameplay wasn’t so lackluster.  There was never an ‘AHA!’ moment during the 60 levels of grinding that made things move faster: I felt no more powerful at level 60 than I did at level 10 . 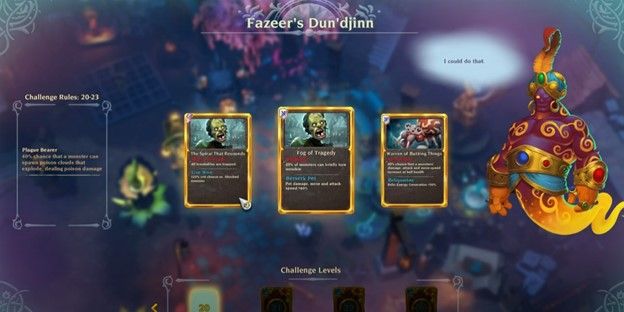 I’m going to wrap up and say that I really wanted to love Torchlight 3 like I did the previous installments. Between the flat power curve, unexciting items, and unlocking all your abilities by level 20, Torchlight 3 ultimately suffers a dire pacing problem. Getting to the end game is a fairly non-exciting and long grind and not enough changes with the experience at the end game to keep me playing.  I think the developers could get there with a few good patches that make items exciting, enchanting less painful, and skills synergize better together but they have to recognize the problem exists to begin with.  The groundwork is there for a great Torchlight installment if they would listen closely to player feedback and fix these pitfalls. Until then I’ll keep checking in with the patch notes and hoping for a No Man’s Sky-esque comeback but for now if someone asks me how Torchlight 3 is I’ll simply respond with “Eh, it’s okay”.