Like death, Thanos, and Sephiroth following Cloud into every game he appears in, a PlayStation 5 upgrade for Final Fantasy VII Remake was inevitable. FFVIIR Intergrade brings the 2020 hit to the next-gen, improving performance, graphics, and adding a short side story starring Yuffie Kisaragi, the teenage ninja who was not seen in the original game. Intergrade makes a great game even better, though I feel like a little bit more could have been added to the overarching story of the game.

First and foremost are the performance upgrades, which make an already beautiful game simply astounding. The first FFVIIR release was the kind of game I thought couldn't be improved on, but holy wow was I wrong. There are a few scenes in particular where I thought Barrett would jump out of the screen and start berating me, that's how impressed I was with the visuals. Every town, every character, event piece of Midgar you see has been upgraded to look its absolute best; yes, even the doors.

Just as the upgraded graphics improve the visual experience, the 60 FPS frame rate enhancement drastically improves combat. I actually found myself having trouble with some fights early into my playthrough, as the adjustment from 30 FPS to 60 FPS was throwing my timing off slightly. The frame rate rarely runs into any major issues, keeping the action on-screen as smooth as silk. If there were any techniques other upgraded games have used to keep the action fresh, like screen tearing in small corner areas, I didn't even notice them.

Now I will warn you: outside of one extra fight in the Shinra Combat Simulator late in the game, nothing about the core Final Fantasy Remake content has changed. The story remains the same, the boss fights are untouched, and the dialogue is the same as it was before. This isn't inherently surprising, the game is solely a "remaster" of sorts so major changes weren't to be expected, but this may cause some fatigue while playing through if you're already finished the game once. If nothing else, take this paragraph as a PSA to expect essentially the same experience as before, only with the aesthetics beefed up.

While again this turn of events wasn't unexpected, I found myself slightly disappointed by Square Enix's missed opportunity. Final Fantasy VII Remake completely changed the way I think about the original FFVII story, making me yearn for the next chapter immediately after the credits rolled. I need to know where this story goes, what happens to these characters, and I need to know ASAP.

I played through some of the key moments in the game hoping for some expanded dialogue or hidden lore bits that reference where the remake is going, but those did not happen. This turn of events is by no means a death knell, Square never promised to add story bits to the main game, but including them would have given those who have already played FFVIIR an extra incentive to do it again. 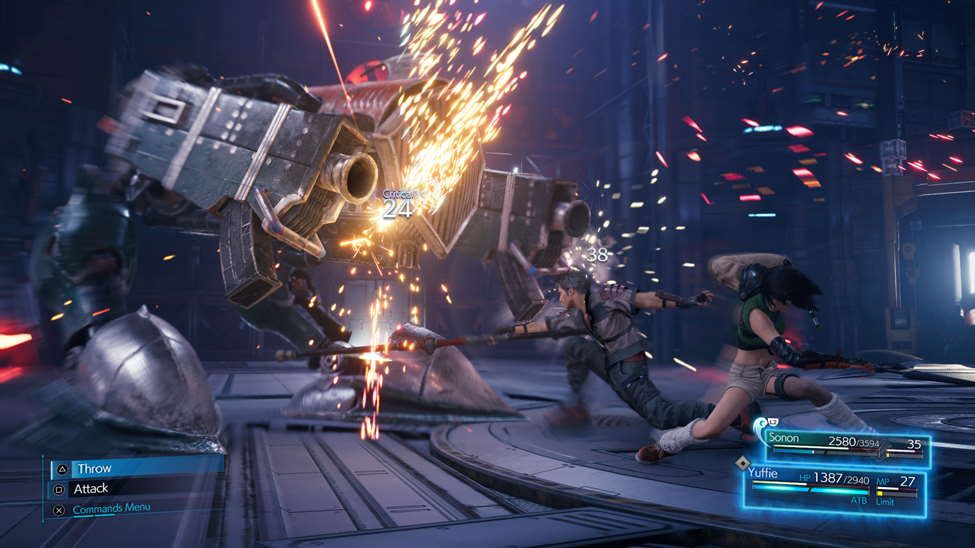 There is some brand new content, of course, that comes in the form of Final Fantasy VII Remake Intergrade Intermission, a short story featuring FFVII's Wutaian ninja Yuffie Kisaragi. The six-hour campaign is only two chapters long, about 20% of the time it took me to finish the main game, so it seems like it passes in a blur. However, the story surrounding Yuffie and her new friend Sonon is quite good, the boss fights are epic with some intriguing callbacks to "deep" FFVII" lore, and it introduces some new mechanics that I really want to see implemented in the next game.

For starters there's the tandem attacks, moves where Yuffie and Sonon can come together to perform powerful team-up moves. Yuffie can bounce off of Sonon's staff and charge enemies  with Ninja Cannonball, and "synergizing" with Sonon opens up new and more powerful Abilities. There are some drawbacks, one being the ATB gauge filling more slowly when Synergy is activated, but nothing that can't be worked around.

I truly hope these team attack mechanics are a preview of what's to come in FFVII Remake Part 2, because the possibilities are endless. Aerith could align with Cloud and use spells to enhance his swords, for instance, or Tifa could ride Red XIII (assuming he will enter the playable party) into battle for duo attacks. I love the tandem battle system Yuffie and Sonon introduce in Intermission, and not bringing it into future games would be an absolute shame. 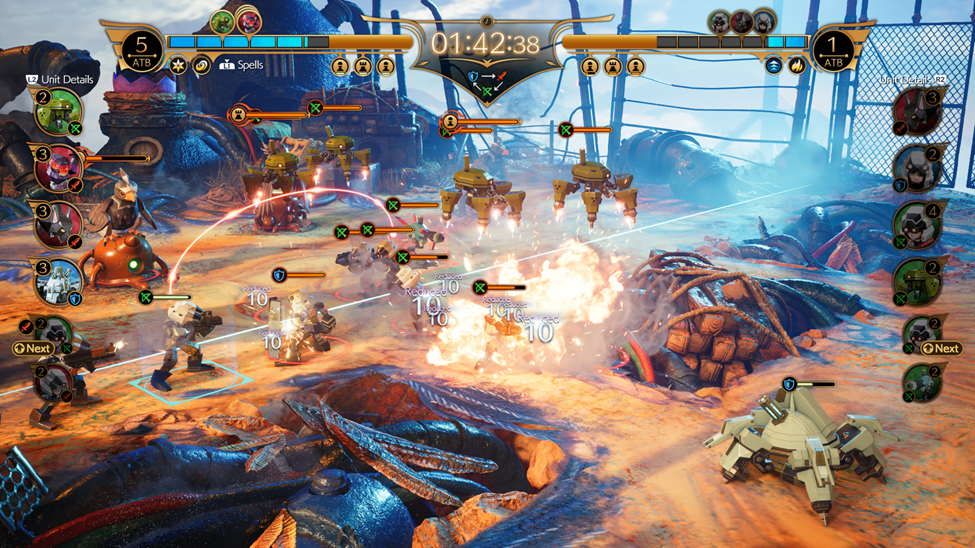 The other big addition is Fort Condor, a new minigame that hearkens back to things like Final Fantasy VIII's Triple Triad or FFX's Blitzball. This time the minigame takes the form of a MOBA-esque board game, with pieces categorized in a rock-paper-scissors format and the main goal being the destruction of the other's team camp. It's a fun little distraction, particularly in building boards and experimenting with certain pieces. Also, being able to play against characters from the main game like Jessie, Wedge, and Roche is a smart reminder of who those characters are in case anyone forgot (even though, how could you forget Jessie?!). However it doesn't add much to the overall experience, and it never hooked me like the card games in previous FF installments.

The one knock I have on Intermission is that it's too dang short. Six hours may sound like a lot at first, but when compared to the 30+ hours spent in the main game it's barely a drop in the bucket. I was engaged in Yuffie and Sonon's story, I wanted to see more of their dynamic, heck I wanted to play more Fort Condor even though it didn't grab me, but Yuffie's little side jaunt was over before I knew it. A little more meat on the bone would have been appreciated, but what was there was still pretty great.

If you liked Final Fantasy VII Remake, you're going to love Intergrade. I know that sentence has a lot of "well DUH" energy, but it's the truth; at its core this is an enhanced version of one of 2020's best games. From visuals to framerate, Intergrade improves upon the original, with some scenes really popping off of the screen thanks to the PlayStation 5's prowess. Intermission is at its core more of the same, but the tandem attacks are an excellent addition and the story implications are intriguing. It's not Part 2, and Lord knows when that's actually happening, but for now Final Fantasy VII Remake Intergrade scratches the FFVII Remake itch.