With the Final Fantasy VII Remake story train now barreling down the tracks, it was only a matter of time before Crisis Core: Final Fantasy VII reappeared over a decade after its launch, built from the ground up for a new audience. Does it work? Shockingly, it's better than the original release in nearly every way.

Crisis Core: Final Fantasy VII, as mentioned before, tells the story of Zack Fair, a SOLDIER First Class working for the Shinra corporation as what is basically a glorified mercenary. Taking place before the events of the first FF7 release in 1997 – and if you have played Remake, you know why I'm making that distinction – Crisis Core shows Zack's rise through the Shinra ranks, as well as his interactions with established characters like Sephiroth and Aerith, along with new notable names Angeal and Genesis, to name a few.

This story has no noticeable changes from the original launch, which is obviously how it should be, but also makes me slightly disappointed. Obviously the prequel story being remade at all is a sign that Square Enix feels this backstory is important enough to where FF7 Remake is headed that it needs to be retold, so leaving it as it was before is logical. However, unlike FF7 Remake and Intergrade which also teased where the story goes from here, Crisis Core offers no new nuggets of information. While this obviously wasn't required, it's a bit disappointing to play through the game half-expecting some sort of allusion to FF7 Rebirth, only to not get it. 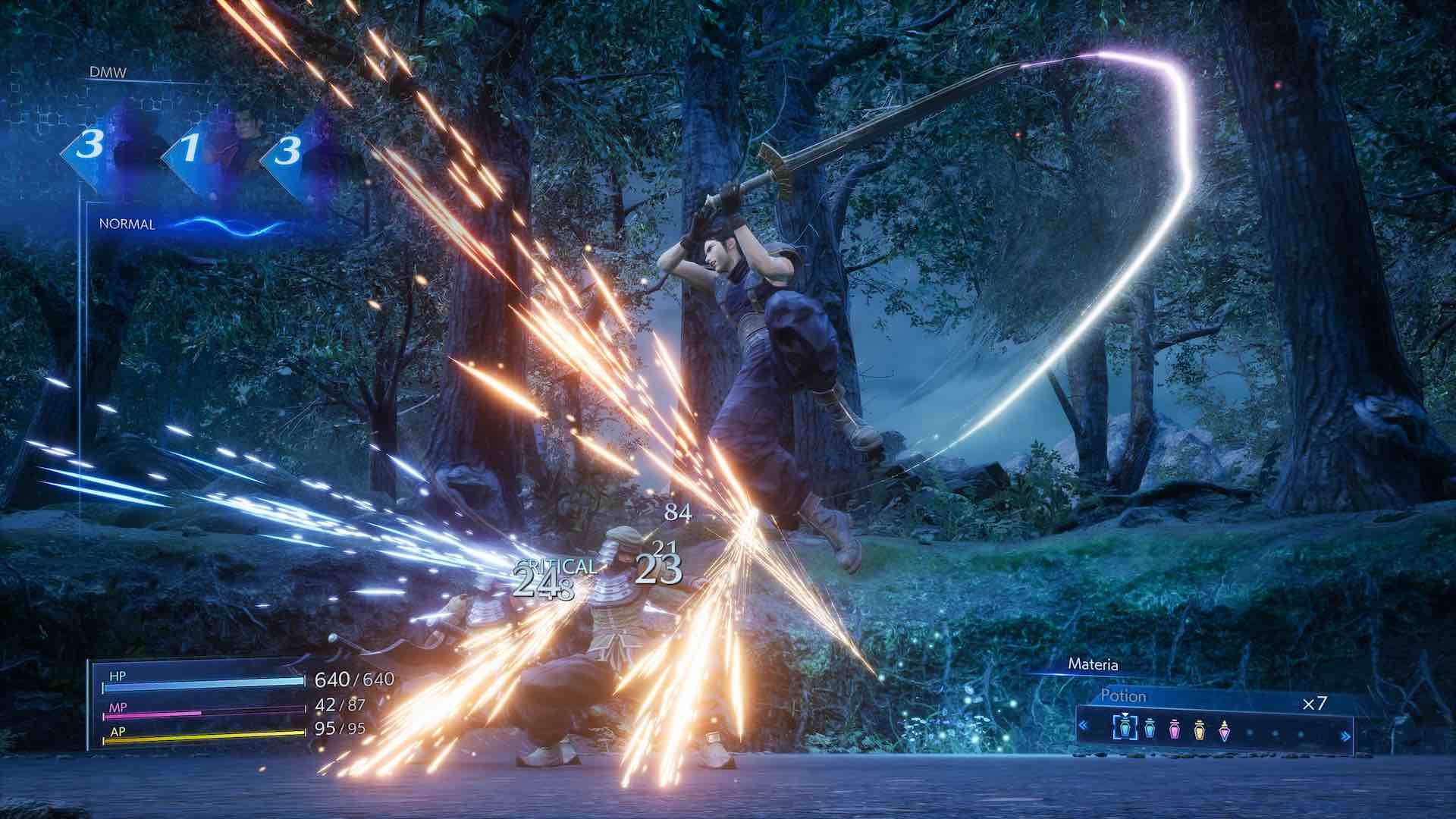 The biggest improvement Reunion brings to the table, meanwhile, is the much improved combat mechanics. Modern development tech has allowed the team behind this remastering to fully harness the Final Fantasy/Kingdom Hearts hybrid feel the original release was looking for. Attacking is fluid and easy, casting spells or using items are both simple "shoulder and button together" commands, and dodging is quick and responsive. It's amazing how much better this combat system feels here, as if the PSP was originally holding back its true power.

One area that wasn't salvageable through today's tech was the script, and boy is it awkward. You'd think the team might go in and spruce up the dialogue to fit the more modern era – especially since the same voice actors from FF7R reprise their roles here – but unfortunately the spoken words were left essentially untouched. On one hand, I acknowledge that leaving the script as it was back then retains the original feel of the game as it was on the handheld in 2009, thus giving the new player the same experience – albeit with modern tweaks. On the other hand, that "original experience" involved spoken sentences that made me cringe out of my skin then, and they still do now. Lines like "even if the morrow is barren of promises, nothing shall forestall my return" makes me want to gouge my ears with a Q-Tip. 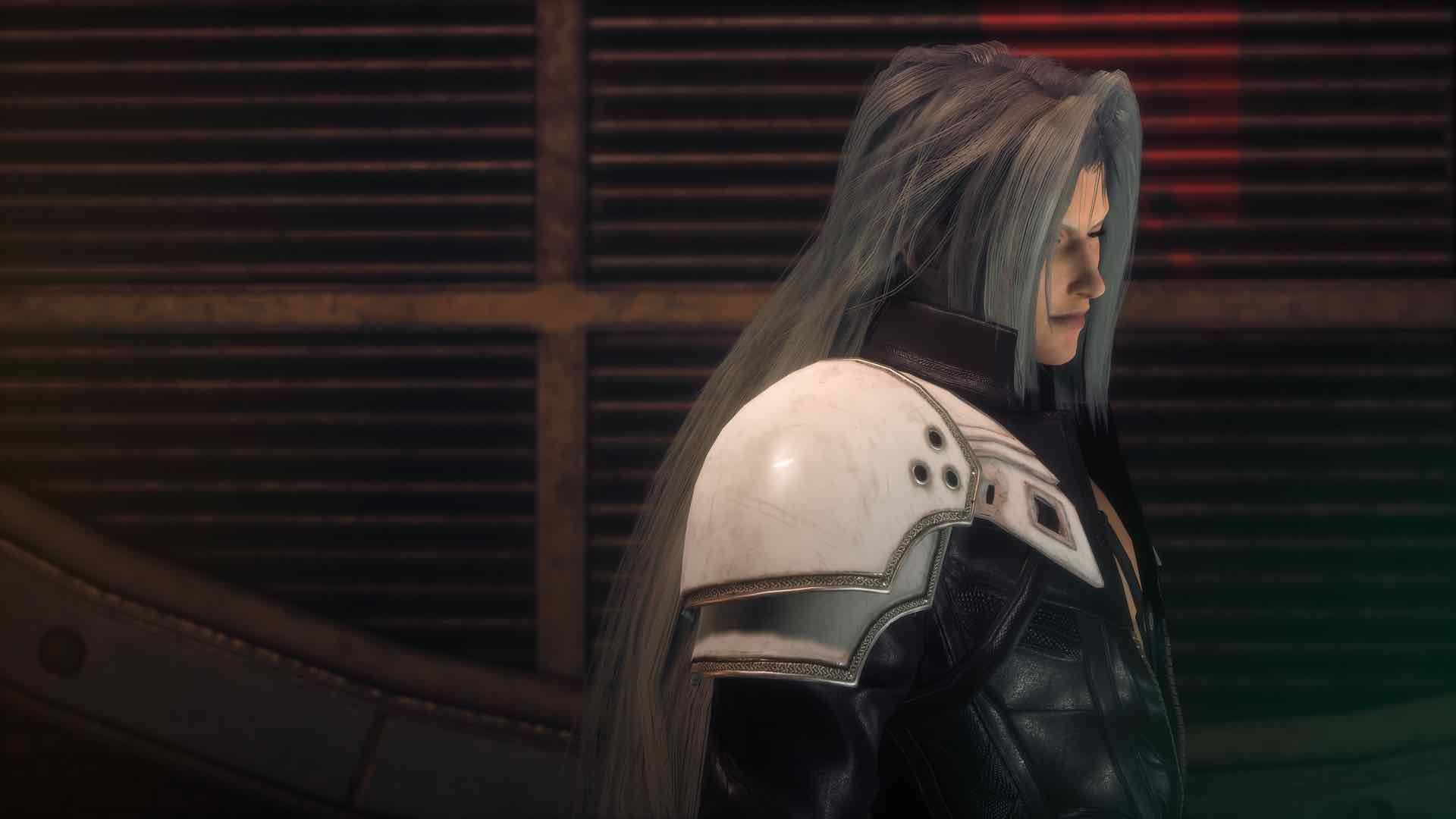 Visually the game's improvements aren't as impactful as the gameplay tune-ups, but there's still a noticeable difference between past and present. The environments are more detailed – with some of them being absolutely gorgeous – and the attack effects pop off of the screen at times. Character models have a decent upgrade too, though when compared to the models of, say, FF7 Remake they're not quite as impressive. That might be an unfair comparison, but there will be some folks expecting the same sort of character quality here as in the built-from-scratch FF7R models, and I'm here to tell you that's not what's happening in Crisis Core Reunion.

What Crisis Core: Final Fantasy VII Reunion accomplishes is something few other remasters or remakes get right: it revives the original core experience – pun intended – of the original Crisis Core release and places it on modern consoles with modern upgrades. The combat system is more refined and responsive, the visual upgrades are serviceable if not as extreme as some may hope, and the storyline is virtually unchanged – for better or worse.

That said, there were some areas that Square Enix could have made some adjustments and didn't, meaning we all have to sit through ghastly lines of dialogue that were awkward the first time around, let alone now. That's not enough to completely dull the effort, however, as Crisis Core is one of the best remasters available today.