In my preview of The Outer Worlds’ first DLC, Peril on Gorgon, I said I would aim to misbehave and surely I did my best. After several hours of conversation, planet-hopping and shooting my way out of most situations, I’ve finally resolved the Peril On Gorgon. The sun will rise, the damsel is saved and the loot has been equipped. Yet after all the running around Peril on Gorgon feels a little too familiar and by extension, underwhelming. So grab that coffee kick back and let’s dissect Obsidian’s latest DLC offering Peril on Gorgon.

A Little Too Familiar...

Picking up right after the events of the Radio Free Monarch questline, you’ll receive a package that contains a severed hand and a recording. This sets off a chain of events that leads you on a mysterious mission to snatch a journal and uncover a dastardly secret that Spacers Choice has been hard at work covering up. The story arc has you explore a couple of new locations including the research facility on Gorgon as well as doubling back on some familiar planets from the base game. Overall the narrative had consistent pacing, offered a couple of side quests and wove seamlessly into the main campaign.

My understanding is that the DLC is designed to become part of the overarching experience so that those who haven’t had a chance to dive into the Outer Worlds won’t feel a difference while playing Peril on Gorgon. In that regard, Obsidian has done a great job. I felt right at home with my crew again, as if it had only been a day or two verses several months since I boarded The Unreliable. Party member dialogue was as quippy and sarcastic as I remember with each member contributing as they did in the main campaign. 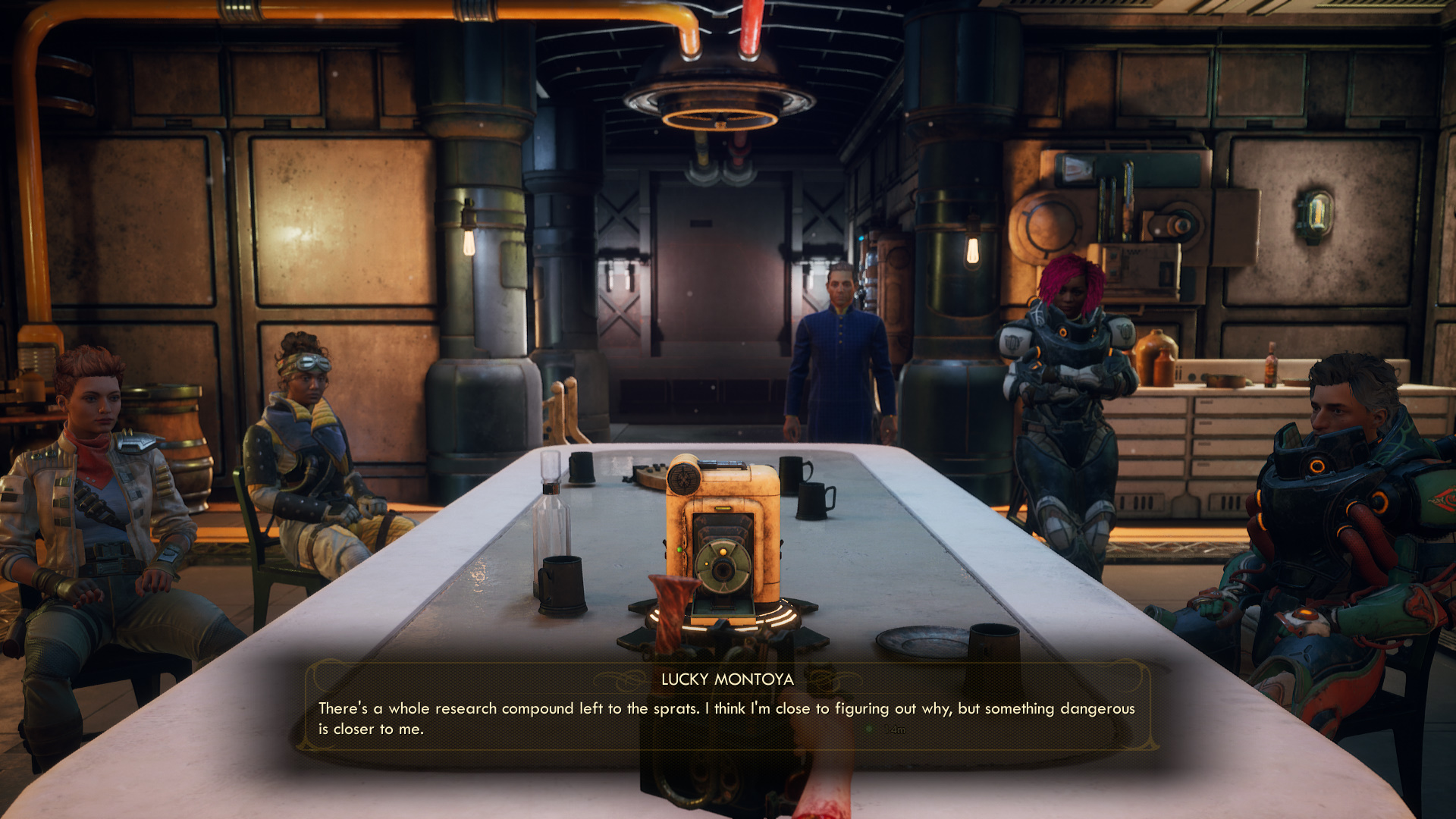 The story of Peril on the other hand was found wanting. What began as a murder mystery turned government coverup quickly became a mix of borrowed plot twists and an exercise in maintaining the status quo. Playing through this has been a disappointment. All the early signs pointed towards this story was going to be a deep and exciting experience. Without venturing into spoiler territory, the story of Peril on Gorgon leans too heavily on plot points from other well-known narratives. I would go so far as to say that it crosses the line of inspiration into the realm of reworking existing story arcs from other franchises.

Don’t get me wrong some wise guy once said something about there being nothing new under the sun and I tend to agree. However, the story of Peril on Gorgon doesn’t even really feel like it tries to mix it up a bit. Aside from a sprinkling of Outer World’s lore and humour it really is a tale that has already been told.

On top of this Obsidian didn’t really slow down long enough to explore some of the implications and deeper moral and ethical issues that the plot did present. What could have provided a couple of hours of intense dialogue and player choice instead fell into the trope of options A, B and C all leading to the same general place. Additionally when things did begin to unfold even my crew’s reactions were underwhelming. As a result, I found I cared less and less about the choices I was making. If my crew wasn’t interested in the choices I was making why should I be?

An uninspired story isn’t the only issue with the narrative. It doesn’t help that the big reveal happens early on in the arc so any shock and awe you do feel are quickly diminished by the narrative (and characters) quickly accepting this new information and moving on. I was left feeling deflated and wanting there to be more to it all. It’s not that DLC is bad, in fact, it was great to revisit some places, spend more time engaging with the crew of The Unreliable and see this new area. it’s just that for a game that created such a unique and interesting galaxy to explore the DLC’s narrative feels sadly uninspired. 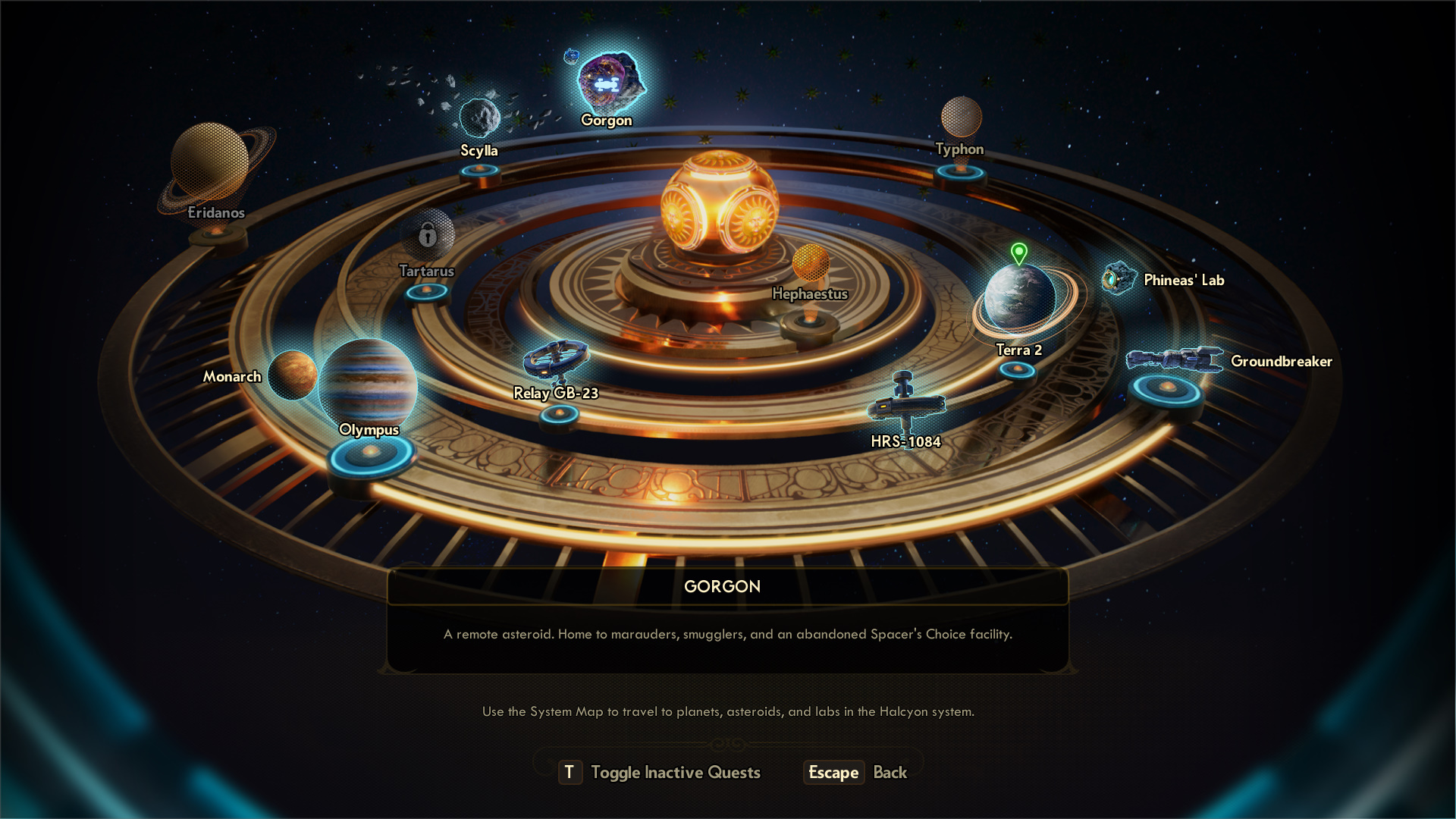 Aside from the struggling narrative, Peril on Gorgon does introduce us to a few new locations that are fun to explore. The Facility on Gorgon proper (essentially a big asteroid east of Scylla) is a sprawling area that leverages multiple levels for navigation. Bridges connect the upper plateau’s full of Marauders while the lower region contains toxic pools and native creatures. There are several complexes to explore and the story does a good job of making sure you visit each one.

The game also introduces you to your benefactor’s mansion which contains its own secrets for you to discover. Both locations were a great addition to the base game and like many of the other locations, had their own unique look and feel. In fact, these new areas were my favourite part of Peril On Gorgon.

Combat is a continuation of the systems that came before with a handful of new weapons for you to get your hands on. In the same vain Peril also introduced some new armour pieces and increased level cap allowing you to further develop your character and party. Ultimately the exploration and combat of Peril on Gorgon are more of what I love about The Outer Worlds. 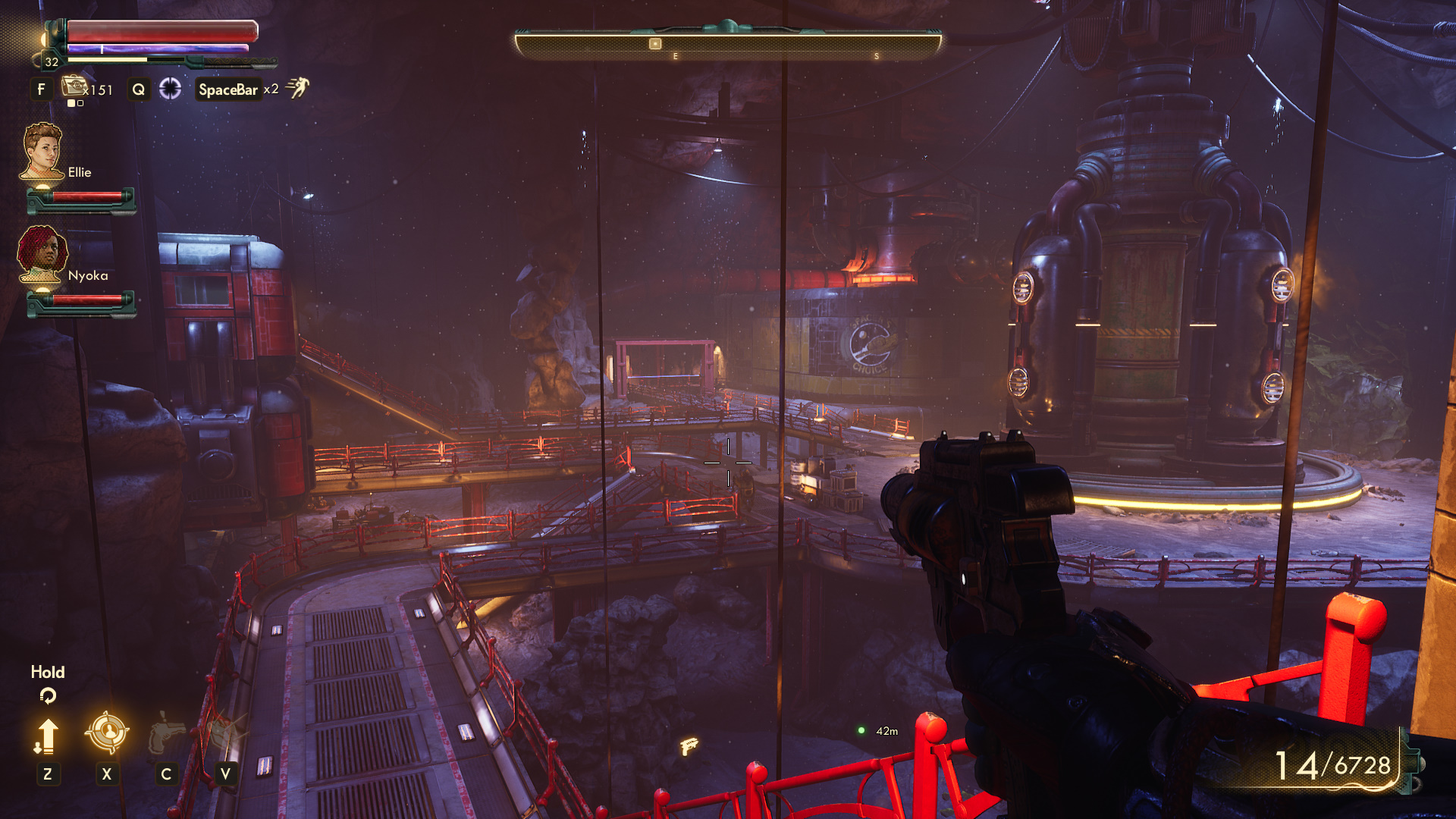 The Outer Worlds: Peril On Gorgon is a story-driven DLC that offers some new (albeit) uninspired depth to the game’s lore. Some odd narrative reveal choices and lack of originality left me feeling unimpressed with the whole experience. Still, with solid combat, new locations and a chance to spend more time with your crew, Peril On Gorgon does flesh out the universe the Obsidian has worked to create.