The Outer Worlds, from Obsidian Entertainment, was the surprise hit of late 2019. Coming seemingly out of nowhere, this single-player RPG took players on a Firefly-like (too soon?) adventure across the far reaches of the galaxy. Packed to the brim with wit, charm and some pretty on-point social commentary, it once again proved that single-player, story-driven games still very much have a place in gamers’ hearts.

Just when we thought it couldn’t get any better, all of that sci-fi goodness has finally been released on the Nintendo Switch. After a week of confounding bungers and aiming to misbehave, we are ready to deliver our final verdict on the Nintendo Switch port of The Outer Worlds. So grab that coffee, kick back and check out our review.

NOTE: This review will focus primarily on the performance and porting to the Nintendo Switch. Check out our original review right here.

Too Big for Its Britches

The Outer Worlds is a great experience. In fact, our own team gave the PS4 version of the game a solid 8.0. It offers some fun story beats, a great balance of serious themes and offbeat wit and a pretty decent first-person shooter experience. It looks great on PC and even decent on Xbox and PS4.

However, firing it up for the first time on the Nintendo Switch immediately shows just how far removed everyone’s favourite handheld is from the other consoles of this generation. The overall performance is lacklustre with the game struggling to maintain consistent framerates. Even when docked, the Switch worked hard to keep up with all that was happening. This is a bit odd considering some of the other, more visually taxing, FPS’ titles we seen ported. Games like DOOM 2016 or Wolfenstein, for example, are a solid offering on the Switch. Although not as impressive as they are on other consoles they still managed to find a way to hold on to some of the visual fidelity of their PC counterparts.

In the case of The Outer Worlds, visuals are washed out and blurred, framerates tend to struggle when things get busy and the overall graphical experience is distracting at best. At worst, your squinting and struggling to focus on what is happening on the screen. I found the draw distance to be absolutely frustrating sometimes not clearly seeing objects or even characters until I was right next to them. In the case of the latter, even when engaged in dialogue, the visual experience was rough. 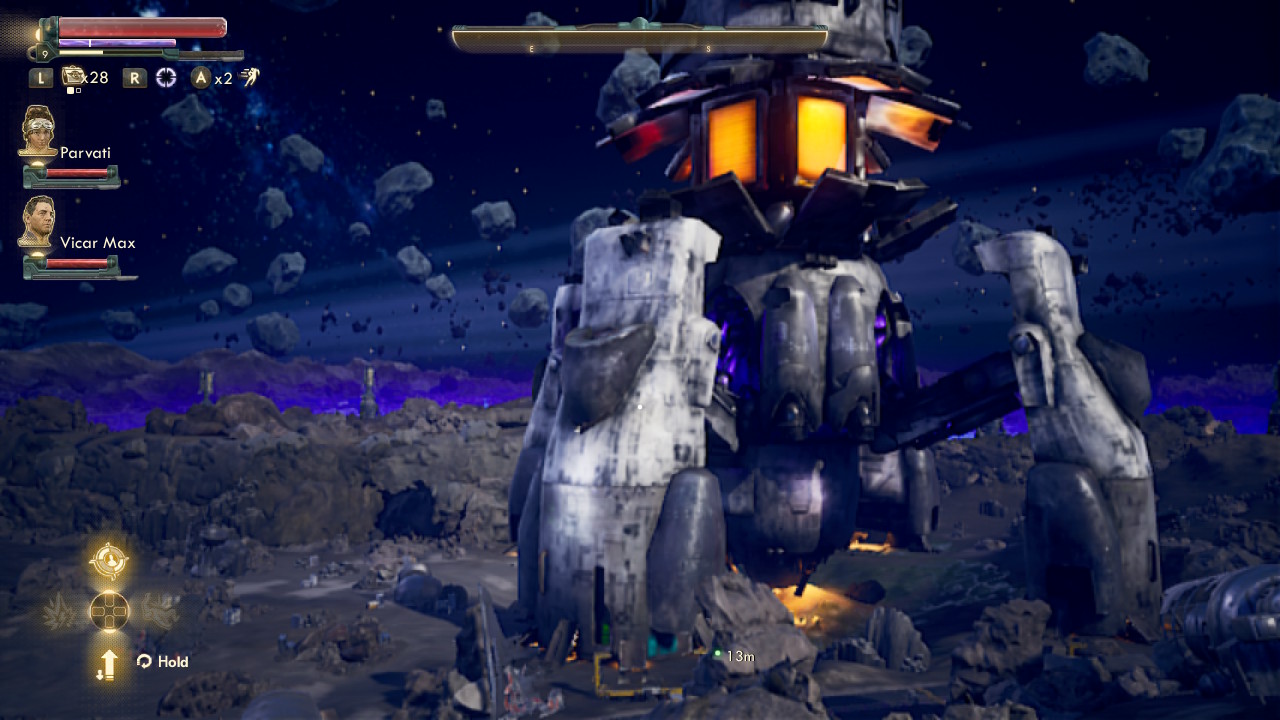 The one other major struggle that I came across during my playthrough was the port’s aim-assist function. Aiming on the Switch is okay at the best of times but more often than not the Joy Cons just can’t compete with the Xbox or PS4 controllers. In the case of The Outer Worlds, it required a special level of patience to get used to the rough aiming controls. It was manageable to engage in combat after some patience and practice. Selecting items and looting bodies though was another affair entirely.

Every time you are required to push a button or loot a corpse, it becomes a game of gently moving the crosshairs around the screen until it decides to register that you have highlighted the button or loot. It really should have been its own mini-game. It’s a frustrating thing that really shouldn’t be an issue but sadly is. 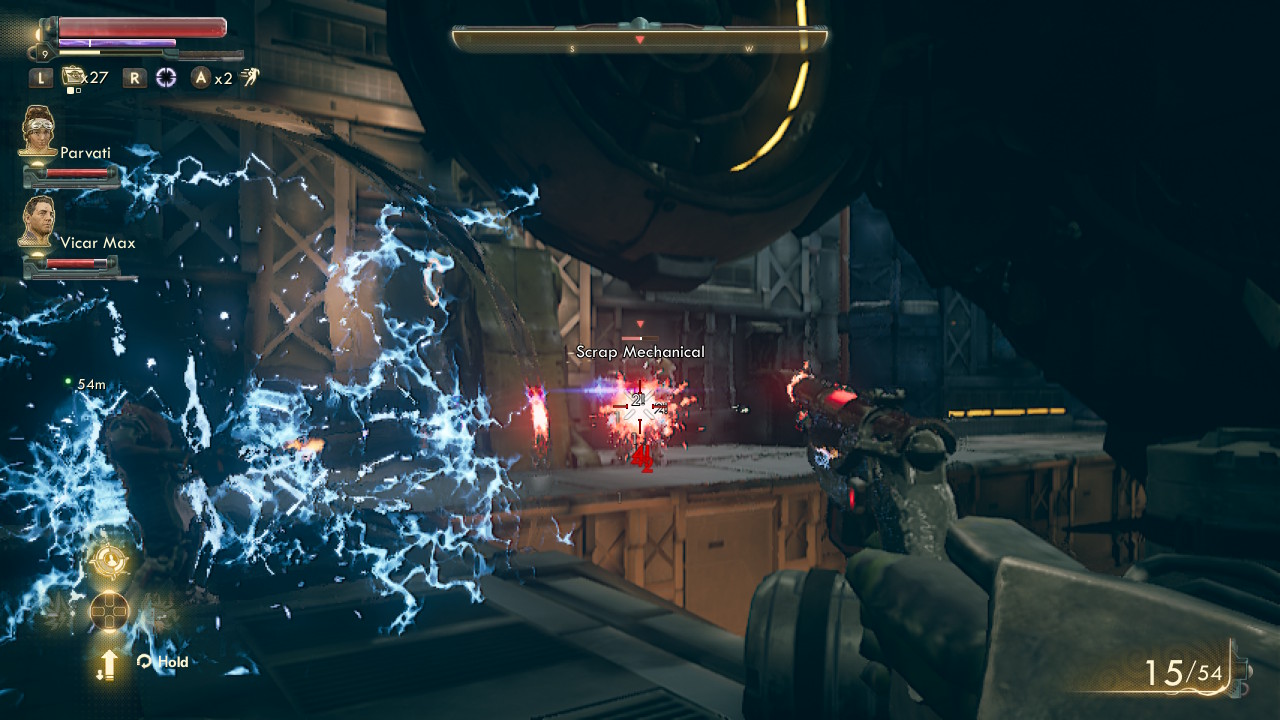 I had written a first impressions piece last week as I started my journey on the Switch. One of my major concerns was that the visual sacrifices required to port The Outer Worlds would distract from the gameplay experience. After having spent the last week running and gunning my way through the world, it feels safe to say that those concerns were justified. More than once I found myself struggling to continue my playthrough. The mix of inconsistent frame rates, washed-out visuals and terrible rendering made it a really interesting challenge. It’s frustrating because the game is such an enjoyable experience otherwise.

In fact, for as many words as I’ve committed to discussing the shortcomings of this title on the Switch, I have to confess that I still really loved having the option to play it on the go. The Outer Worlds lends itself well to short ‘pick up and play’ sessions. The main story and side quests aren’t as elaborate as some other RPG’s which plays to its advantage on a console that, by design, allows for brief gaming experiences. It’s easy to set it down and come back without feeling overwhelmed or lost. It was a great lunch break game to have with me at work. 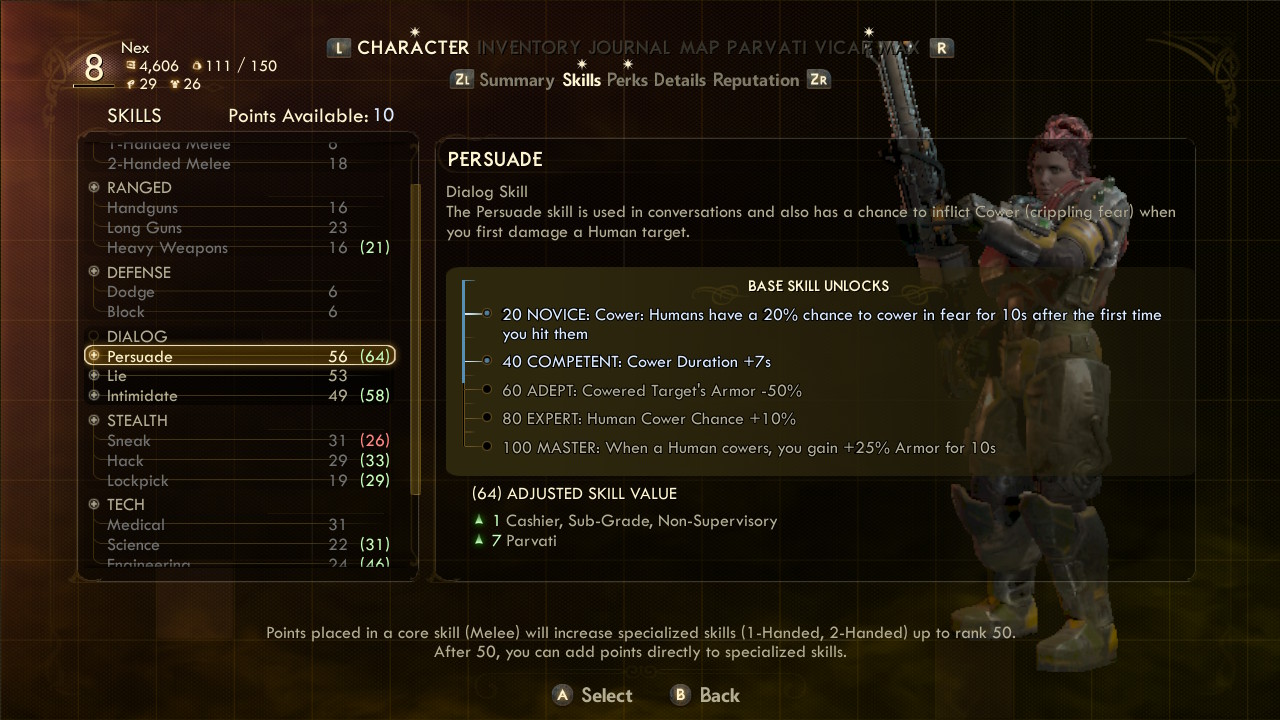 Baby, Bathwater, You Know The Saying

I really want to recommend The Outer Worlds on the Nintendo Switch. I’ve seen some developers do a great job bringing triple-A titles over and I had high hopes for Obsidians’ Sci-Fi RPG. However, after spending a week pushing through pretty rough gameplay experience, it’s clear that this port just doesn’t cut it. Too many sacrifices were made to make it run and it shows. Should you play The Outer Worlds? Definitely. Should you play it on the Nintendo Switch? only if you have no other option.