My relationship with Crema Games’ creature collection game, Temtem, started eons ago in June of 2018 as I personally took part in their Kickstarter campaign. Back in the beginning of September of this year Temtem moved into full release with version 1.0. Nearly three weeks ago I retook my first steps in the game and published my Review In-Progress. Since then, Crema Games has released a 1.0.1 patch and I’ve delved deeper into the Archipelago islands. Join me now for my full review of Temtem!

Pokémon At Its Core

I’m sure Crema Games is tired of hearing the name Pokémon used in the same sentence as Temtem. But in all honesty Temtem is a creature collection game “on steroids” all taking place in a multiplayer environment. So, if you have a true distaste for the stereotypical “forced dojo master battles”, “forced NPC battles” and wild, random untamed creature battle aspects of the Pokémon franchise then it’s probably a safe bet that Temtem will do little to change that opinion.

To be fair Temtem is a great game all on its own merits. It has a lengthy main story quest if you factor in all the travel and side quests. Gameplay is full of travel, NPC battles, Dojo Master face offs and random wild Temtem battles where you can capture and expand your creature collection.

The magic in all of this is that the game happens on-line with tons of other players imbuing environments with plenty of life! There are many players who are through the main story quest but nevertheless I’ve seen groups of live players running around alongside me diverging towards the same quest goal. You can co-op adventure or join a club and trade with people and even battle others in tournaments.

Temtem also adds many elements gamers have come to expect from an MMO or RPG. Elements like housing, mounts, fishing, water travel and cosmetics to “tailor” your character’s appearance to your liking.

Early on the gameplay feels a bit tedious especially since the islands are quite huge. Especially the starter island Deniz as the quests there feel like they have you running from one end to another without any means initially of fast travel.

Most times when you reach a section of a new area for the first time, you’re forced to battle several NPCs and read through dialogue consisting of things like “I don’t like your face, let’s Temtem down!”. Thankfully when you revisit these locations you don’t need to battle these NPCs again. Nevertheless, you can always get caught up in random, untamed Temtem encounters which tend to slow you down. I felt like it took me quite awhile to get off Deniz because I started all the side quests and tried to visit every area. It wasn’t until I hit the second island that I started to have more fun. 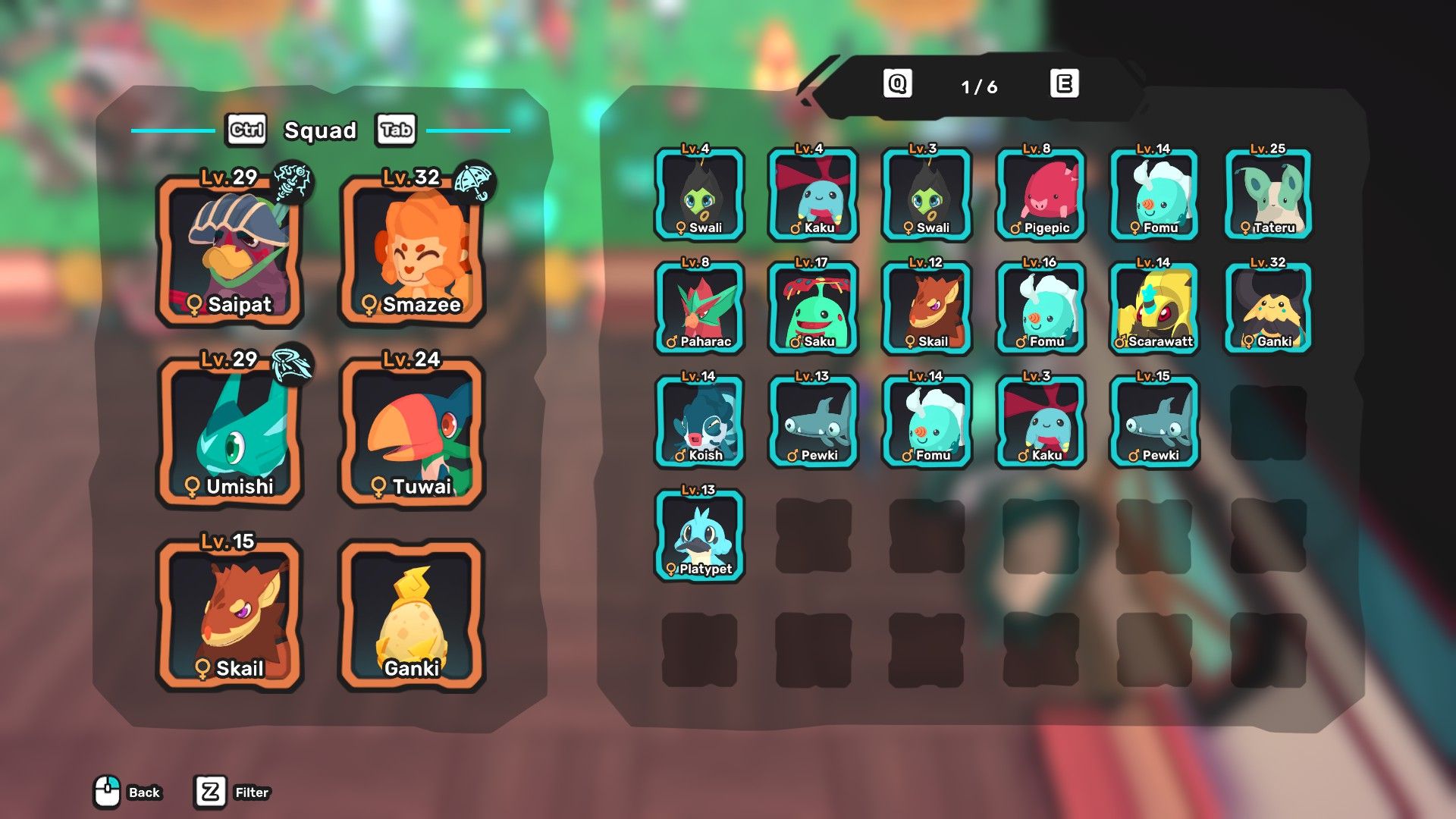 My early on squad, with egg in incubation, and Temdeck

Later in game you’ll find items that can reduce the chance of random untamed Temtem encounters but understand these battles and creature captures add to your battle pass XP. Finish a level of your battle pass (and optional Premium battle pass) to earn rewards. Battles can also trigger “kudos” (a.k.a. achievements in other games) which earn “feathers” which is a currency you can use in the in-game store for cosmetic rewards.

During the first island it also seemed like random creature battles would always be the same Temtem I already owned. It took me awhile to realize that the game rewards you for capturing to your heart’s content, via the previously mentioned battle pass XP. Additionally, you can earn rewards later for “releasing” a captured Temtem in a true sports fisherman series of “catch and release”.

One of my unpredictable joys was waiting for a Temtem to evolve. This seems to happen under certain circumstances and is usually a pleasant surprise.

Battle pass XP was one thing I complained about in my review in progress was slow battle XP accumulation. The last patch, 1.0.1, tries to address that and make it more steadily increase based on most activities one partakes in game.

A Lot More to Love

Temtem incorporates nice elements like gear for your Temtem. It’s more like equipping them with trinkets that increase their resistance to water attacks, fire attacks, etc. One cool trinket I found earns the Temtem who has it equipped with XP even if that Temtem doesn’t partake in battle.

Some of the areas, especially in the dojos, incorporate mild platforming elements. Things like sliding platforms that you need to time to run across or lava crystals that act like ice causing you to automatically slide from one side to the other. Or water jets that modify your trajectory causing you to strategize how to get from point A to point B. While occasionally aggravating these types of challenges broke up the monotony nicely.Later in the game you unlock creature breeding which is a nice side hobby. You can mate two “like” Temtem, one male, one female and hopefully they’ll lay an egg. Keep that egg in your squad for awhile and it’ll hatch. There are even items that you can buy to adjust the stats of hatchlings and help dictate which attributes they retain from their parents. 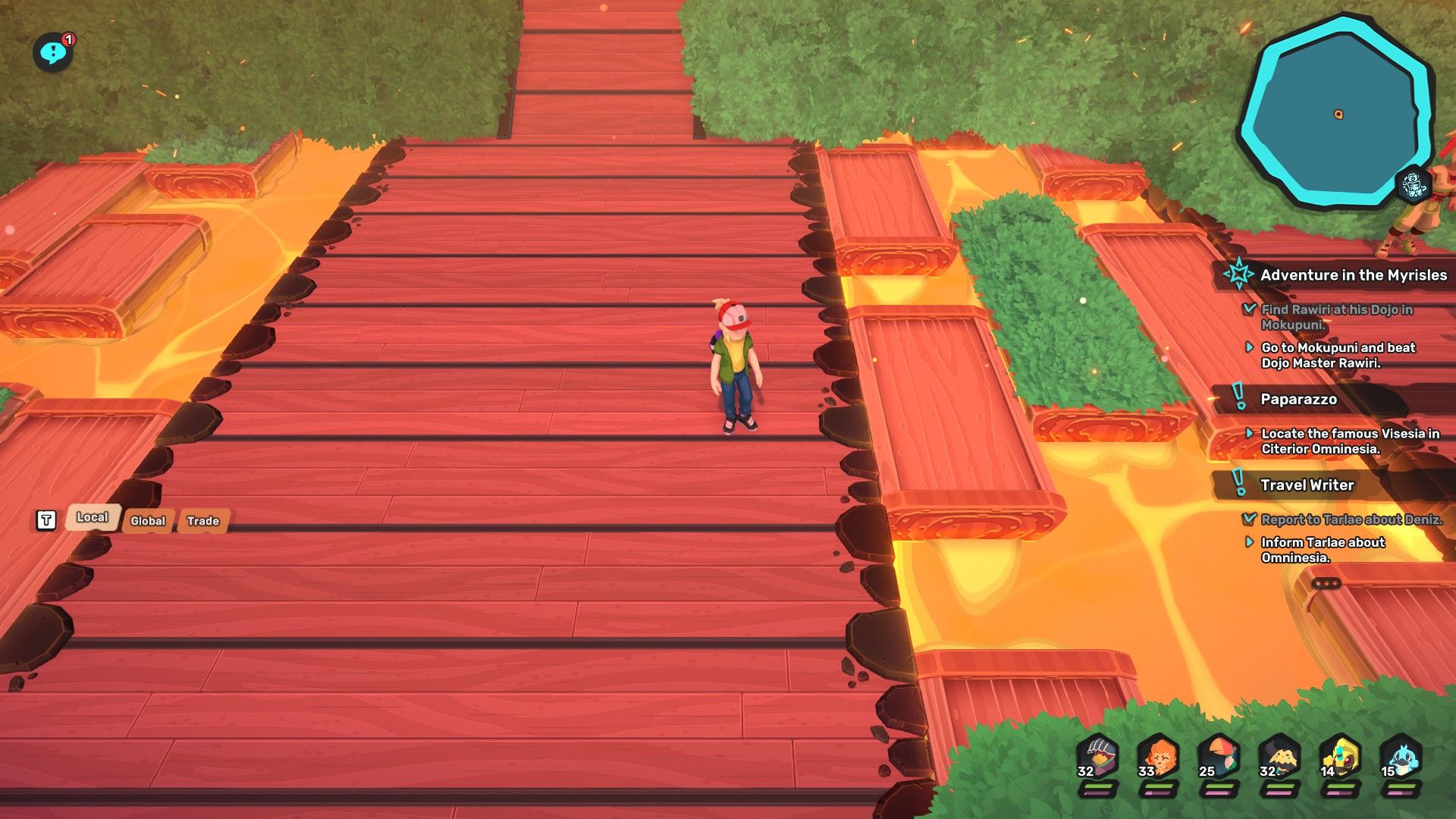 A platforming element, in the live game these panels are moving in different directions.

Temtem does have a small handful of things it could do better. One being clarifying some in game activities. For example, how to find Temtem stickers for your sticker album. Throughout early play I would find patches of white sparkles on the ground but couldn’t figure out what they were. I gave up on trying to figure out how to collect in-game Temtem stickers and went forth to the “Google” sage for answers. Turns out if you interact with those sparkle patches, you’ll uncover a sticker. A little more information here would have been helpful.

I personally also have a hard time telling what type of Temtem I’m facing off against. Unless I missed it, I don’t see a nature or fire symbol on my opponent's Temtem. It became obvious once attacks started firing off though.

Speaking of sticker hunts, this is another area that Temtem excels in that being encouraging exploration with things like sticker hunts and chests strewn about. These items give us reasons to explore!

“Endgame” in Temtem is after you complete the main story quest. At this point a whole new island opens called “Tamer’s Paradise”. Tamer’s Paradise incorporates six activities, the Founders Hall, and a Shopping Center. The Founder’s Hall is the place where Crema Games honors its Founders and Kickstarter Backers who supported Temtem in the beginning. A Weekly Challenges tab on the battle pass also opens to help you accrue battle pass XP. The six activities you can take part in includes taking on the four Archtamers at once without changing up your team. Or create a four Temtem squad and adapt it in the DraftArena. The goal of the GritArena is to defeat as many enemies as possible while adhering to a list of requirements. Or tackle endless hordes of wild Temtem while having limited access to items in the TemSafari. A more common activity in MMOs that’s represented here is the “Evershifting Tower”, a procedurally generated dungeon where you’ll have to build your team from scratch. In DigiLair face off against a Temtem boss in Co-op with a friend. 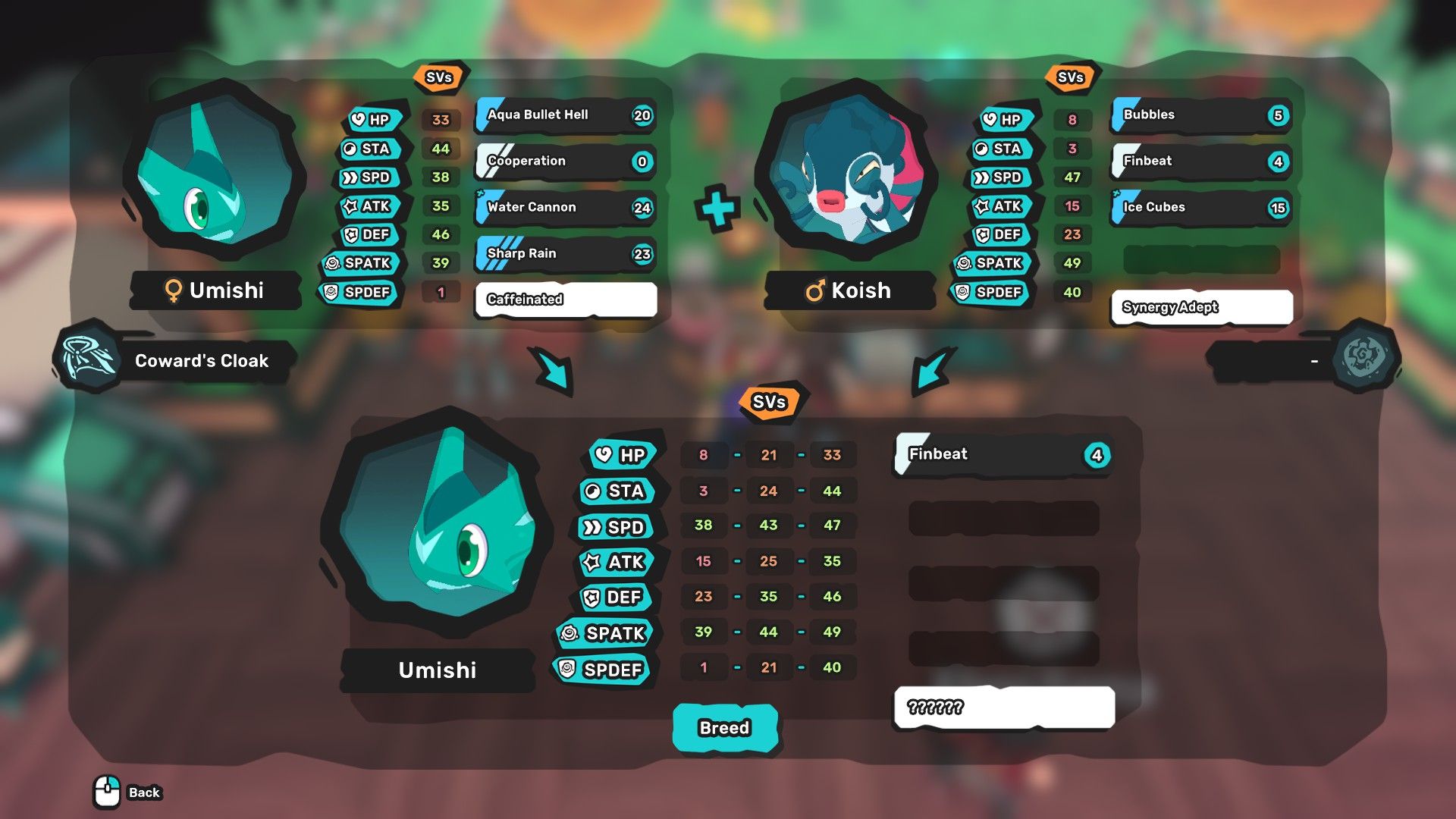 There are also weekly five-player Lair challenges available where you can earn mythical Temtem, which is currently only two. These challenges are lengthy but worth the effort for capturing these mythical beasts.

So, at endgame there’s no shortage of things to do, whether that’s enough to keep people coming back and invested is something we’ll have to wait and see. In recent interviews Crema Games has stated while they’re not necessarily looking to add more story content in the future, they still intend to release several additional features and activities, including adding the third Mythical Temtem which isn’t defined yet!

Temtem also plays for well on the Steam Deck and with built-in cross-play support you can use one main account to play on any system.

If you’re a Pokémon fan you need to pick this one up, even if you’re not the casual laid back play is enjoyable for creature hunters of all levels!