Finding a good high fantasy cRPG is easy as pie. The sci-fi genre may play second fiddle to high fantasy RPGs, but you still have plenty of games to choose from. As a result, finding an RPG that not only blends the two genres but does it well? That’s a rare achievement indeed. Fortunately, developer Harebrained Schemes did just that in 2013 with their turn-based tactical combat RPG, Shadowrun Returns. They didn’t just catch lightning in a bottle once; they followed up the success of Shadowrun Returns with the release of Shadowrun: Dragonfall and Shadowrun: Hong Kong in 2014 and 2015, respectively.

Last week, Harebrained Schemes’ Shadowrun series finally made the jump from PC to console. Each title is available individually for $19.99, or you can purchase the trilogy as a bundle for $39.99 for the Playstation 4|5, Xbox One and Series X|S, or Nintendo Switch. The trilogy is also available on Xbox Game Pass for Console. I enjoyed the Shadowrun games when they were first released on PC, so I figured it would be worth my while to see if Harebrained Schemes did the series justice with their console versions. It turns out they did a pretty good job.

The universe depicted in the Shadowrun Trilogy isn’t a new franchise. Shadowrun began as a tabletop RPG in 1989, bringing to life a futuristic cyberpunk world that has seen a rebirth of magic and mythical creatures. Elves, dwarves, orks, and trolls walk alongside humans in a world where players are just as likely to don cybernetic implants as they are to cast magic or wield a trusty shotgun in combat.

Shadowrun’s success resulted in multiple novels and video games in the late ‘90s. Things quieted until a resurgence of novels and another Shadowrun video game was developed by FASA Interactive and hit the market in 2007. Shortly after, Microsoft shut down FASA, and although the Shadowrun tabletop game continued to flourish, no further video games were planned.

Fortunately, Jordan Weisman, one of the original creators of Shadowrun, also owned Harebrained Schemes. Their Kickstarter to fund the development of Shadowrun Returns was successful, with $1.8 million pledged. As I already mentioned, the other two games were released in the following years. And now, seven years later, we're getting the Shadowrun Trilogy remastered for consoles. 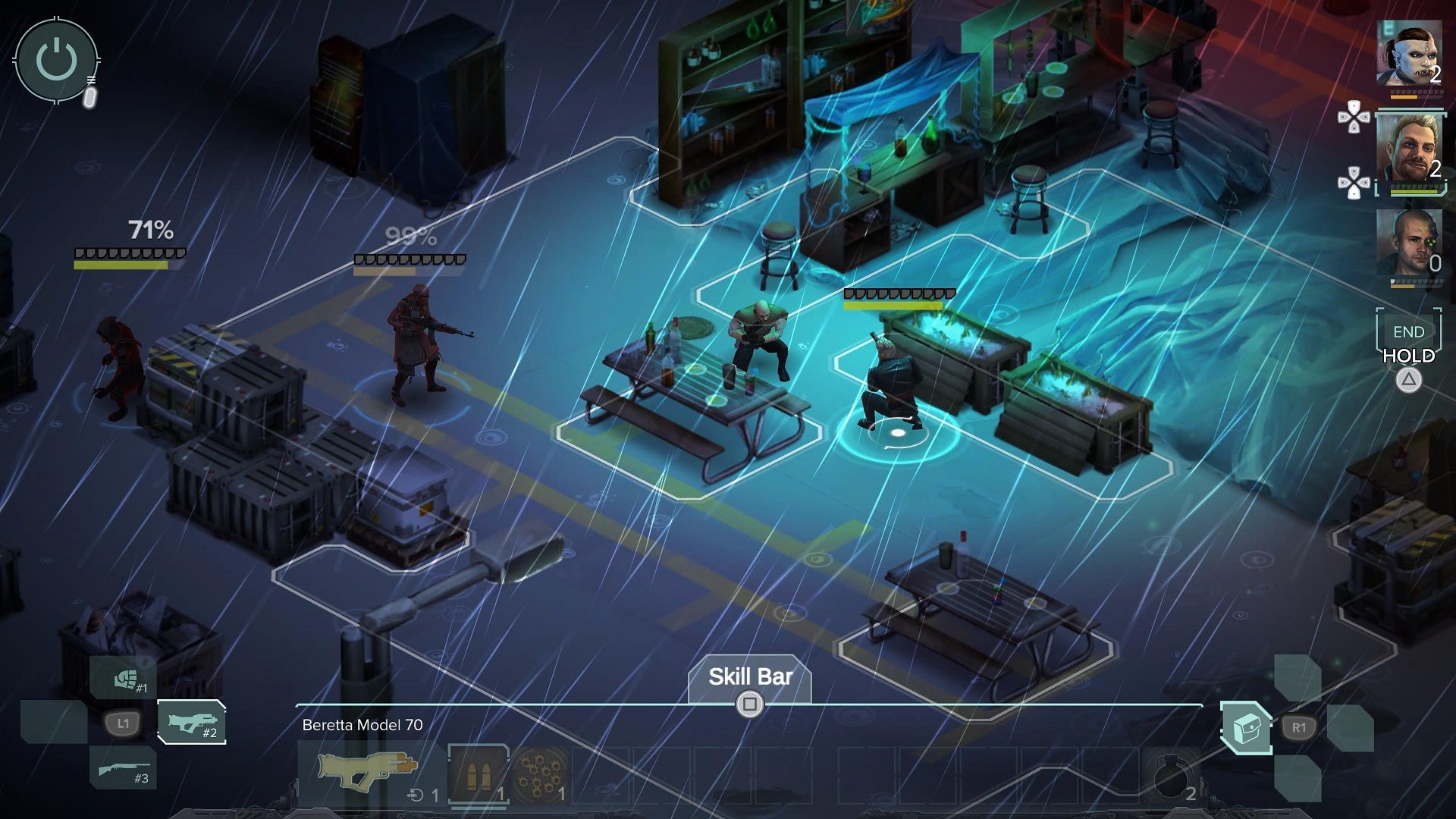 Each title in the Shadowrun Trilogy serves as a one-off campaign, with the main story fed to you through a series of missions. Shadowrun Returns may sound like a sequel, but it’s the first title of the trilogy. The story kicks off when you get a vid call from your old runner pal, Sam. It turns out the call is a pre-recorded message that's been initiated by a dead man's switch, and your old buddy wants you to find out who killed him and exact some posthumous revenge.

In Shadowrun: Dragonfall, you take to the streets of Berlin as the newest shadowrunner in a group hired for a simple mission. It's a setup, though, and your team leader ends up in a body bag. The botched mission sets off an internal power struggle that lingers as your team goes on a revenge-fueled hunt full of dragons and plot twists.

In the final game of the series, Shadowrun: Hong Kong, you and your foster brother, Duncan, have been summoned to Hong Kong at the request of your foster parent, Raymond Black. Black isn't at the meet point, and things go sideways when the Hong Kong Police Force ambushes you. You narrowly escape the encounter, but you’ll have to clear your name after the media tags you as part of a terrorist organization.

Shadowrun: Hong Kong also includes a bonus mission, Shadows of Hong Kong. Taking place after the original Hong Kong mission, you'll once again have to deal with the HKPF as you are recruited to go up against a familiar foe.

The trilogy wonderfully recreates the feel of the tabletop game, and each mission plays like a cyberpunk detective story infused with tactical turn-based combat. Each stand-alone story has a well-written main storyline and secondary and companion missions. In true classic cRPG fashion, there are branching dialog trees with additional skill and stat-based options added in, some of which actually affect the outcome of your playthrough. 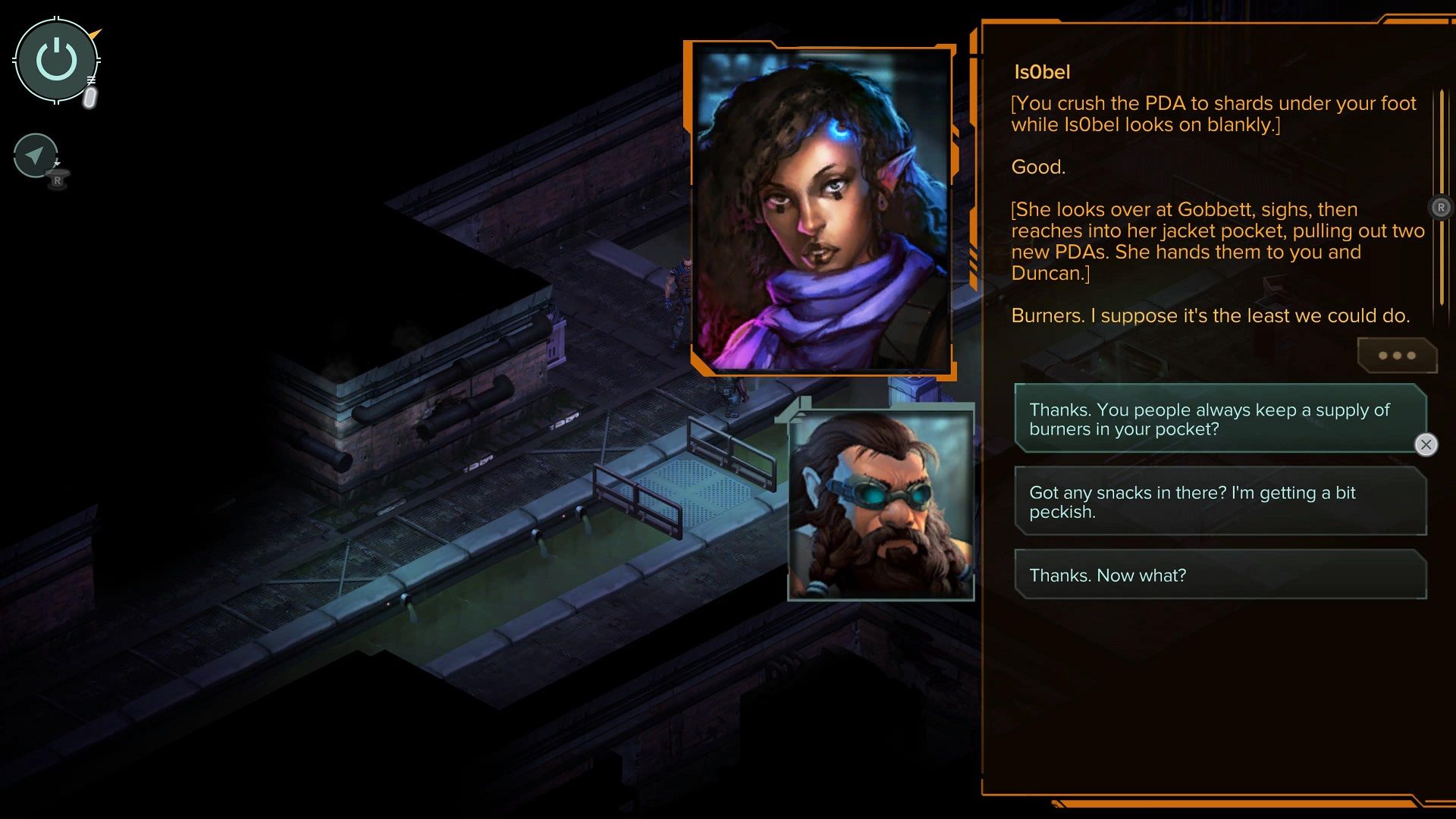 Although the entire trilogy uses the same game engine, Dragonfall and Hong Kong add a few enhancements. These are mostly quality of life features like better inventory management, additional skills to choose from, and a more extensive selection of weapons. The trilogy stays focused on party-based gameplay and avoids an increase in scope such as base building, faction politics, or large-scale combat.

Because of the limited scope, you can rush through each game in 10-15 hours, but I highly recommend taking some extra time to read through all the dialogue text and complete the side quests. The additional time investment is worth all of the additional lore that Harebrained Schemes has added to flesh out each scenario.

It’s always an iffy situation when a game studio tries to take a game native to the PC and mouse and keyboard controls and port it to the realm of consoles and, more specifically, controller support. Harebrained Schemes has done an excellent job in this regard. With only a few tweaks to the UI layout, they have made navigating menus and character screens a breeze. The character icons have been placed vertically instead of horizontally, making it very easy to flick up and down on the D-pad to switch between party members. And even the slightly larger hotbar takes into account that you’ll be sitting further away from the screen than a PC player.

The button layout is intuitive and, dare I say, more fluid than the mouse and keyboard layout on the PC version. I never have any issues with misclicking on an unintended target, and swapping weapons or skills is quick and efficient. Overall, the controls are kept simple, so there’s no need for secondary or tertiary button combos to access additional functionality, something other games studios could learn from. 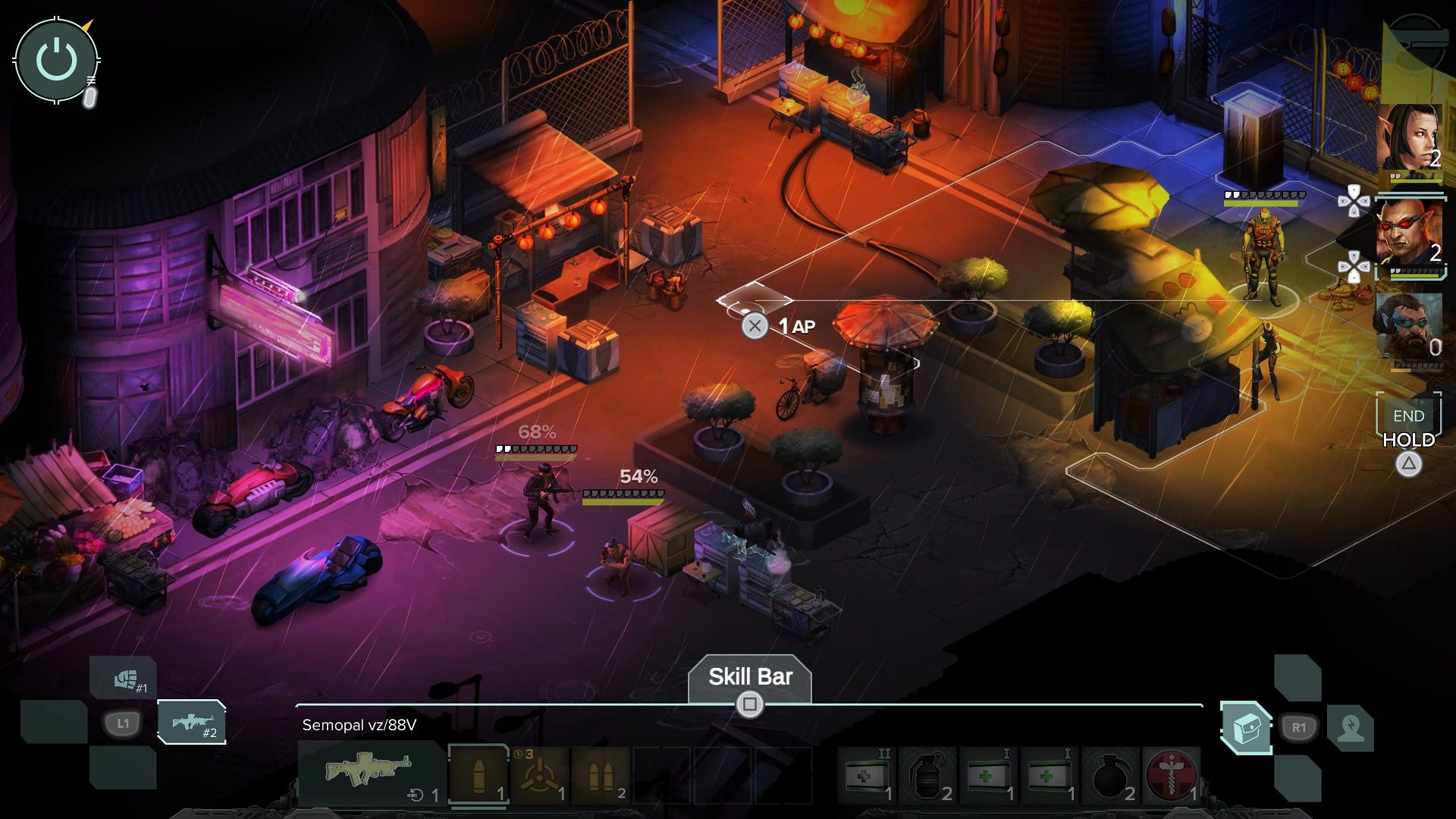 While the controller support is top-notch, and the story and gameplay stay true to the original games, I would like to see a little more “remaster” in the console version. Given the power of a new console compared to the average PC in 2015, it is a little disappointing that there isn’t any improvement in visual fidelity. Load and save times are also unchanged. It shows how little effort has been put into making the console version better than the original.

Harebrained Schemes has done an excellent job porting the Shadowrun Trilogy to consoles. I only tried the PlayStation 5 version, but I would expect to have the same experience on the PS4 or any of the Xbox consoles. As a primarily PC gamer, I must admit that the team did an excellent job of adapting the UI to support a controller and big-screen TV. I would even say it’s worth paying full price to get the console version over the PC version, which can be found at a discount. The only thing missing is an upgrade in performance. Maybe Harebrained Schemes is saving that for another foray into the Shadowrun universe.

Full Disclosure: A copy of this game was provided by PR for the purposes of this review.