This review should have gone up a week ago. I should have been done writing about Overwatch 2 and already on to the next review. I couldn't do that, however, because Overwatch 2 simply didn't want to be played. A myriad of connection issues, multiple DDoS attacks, and more have plagued the hero shooter since that October 4 launch, and now that the dust has (mostly) begun to settle I feel ready to render a verdict: Overwatch 2 is simply more Overwatch. Your mileage based on this assessment may vary.

Let's get the elephant out of the room early: the aforementioned connection issues have been brutal. Not being able to connect to a match, being kicked out of a match before finishing, and other problems have led to a tumultuous launch, to say nothing for those who have had content they earned in the original game locked out in this sequel (accidentally, of course, but no less frustrating). Do these connection issues ultimately color the rest of the game experience? I'd say yes and no.

One quick aside: the launch issues also make this, technically, an incomplete review, as the promised PvE modes are absent from the launch version of the game. This is a huge disappointment, to be sure, but there is still plenty of content to play while we wait for that mode. I can only review what's in front of me, but I imagine there will be an update once PvE finally drops.

On the one hand, not being able to connect to an online multiplayer game means the game is, by definition, unplayable. Getting sent back to the main screen after finally connecting somehow feels worse by comparison. However, when a match is able to play out with no issues, the game sings. Granted it's a similar song to the one it's been crooning since 2014, and we'll get to that, but as more issues are ironed out and the game's performance improves, I feel it's important to focus on what the game does when all is working well. Connection issues are temporary, but if the gameplay isn't great, that's permanent.

For those unaware, Overwatch is a 6v6 5v5 first-person shooter where players control unique heroes that fall into one of three classes: Damage, the attacking class; Tank, the tough guy in the front of the line; and Support, the healers and buffers at the back of the line. Teams consist of two Damage heroes, two Supports, and one Tank, and this leads into Overwatch 2's biggest change: notice that crossed-out piece of text above? Each squad used to have two tanks.

Strategically, it cannot be overstated how this changes the game. Matches are faster now, as breaking through a single tank causes the pendulum of momentum to swing much farther in either team's direction. There's more urgency in team fights, more back-and-forth battles at objectives, and faster moments of victory. This increased tempo packs more action into each match, which the game ultimately benefits from. There was a lot of hand wringing at the idea of removing a member from each team, but after multiple matches in every game mode I can say the change is a welcome one.

Speaking of game modes, this is the area where Overwatch 2 struggles to distance itself from its predecessor. The majority of matches I've played for this review–all but two, as I recall–were contested in modes I'm already familiar with. Claiming control points is a first-person shooter staple in general, so playing Control or the first half of a Hybrid match is treading ancient ground at this point. Moving the payload–a mechanic Overwatch admittedly brought into the mainstream–doesn't engender that moment of inspired awe now as it did when the original game first launched, because it's no different than the original game. 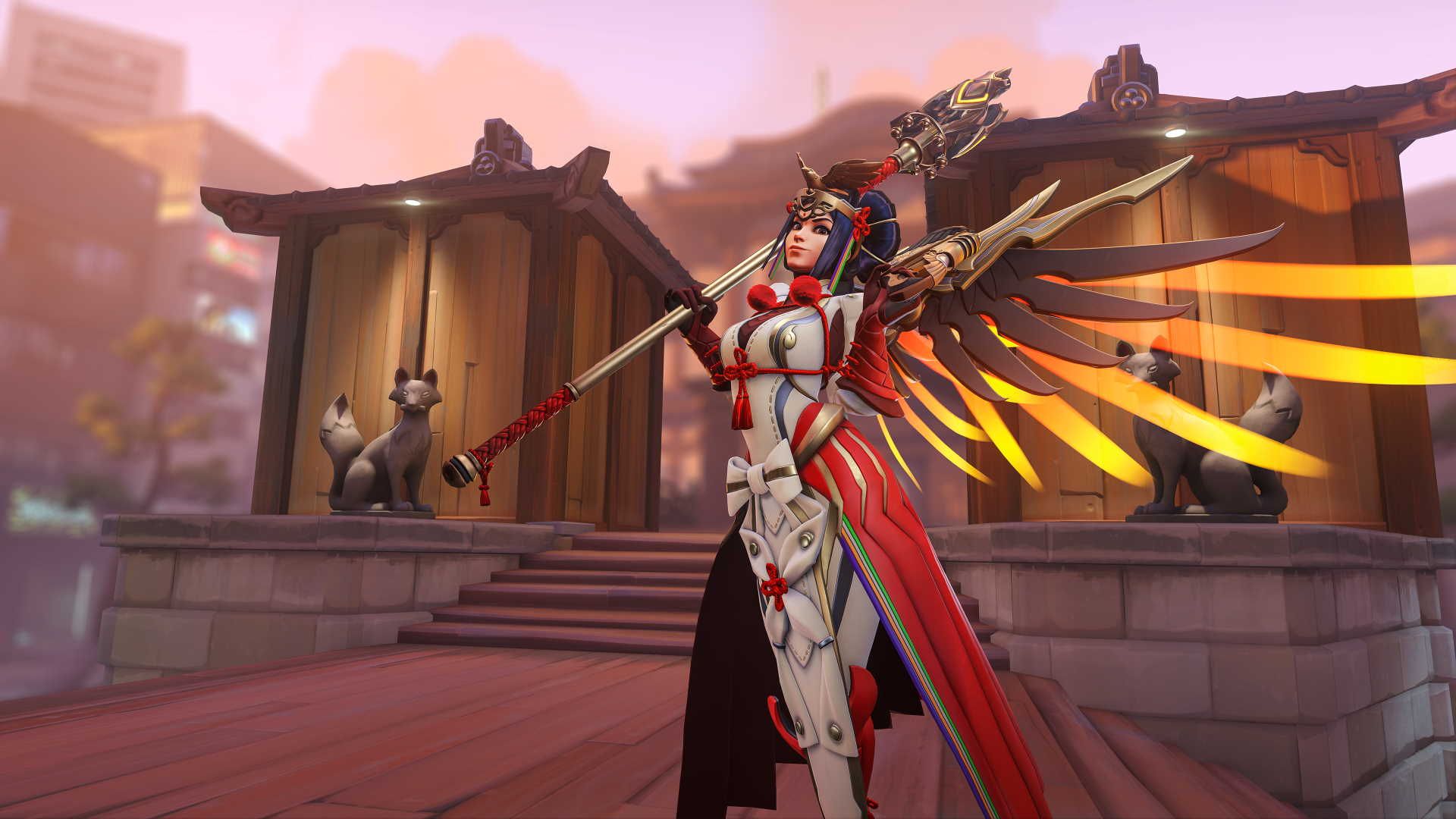 There is one new game mode, however, and that's Push. Push is, in layman's terms, Overwatch Tug Of War. There's a robot at a central point of a map, and teams must fight to take control of it. Similar to how the payload is moved with team members close to it, once claimed the robot will push a moving wall closer to the opponent's edge of the map, hitting checkpoints along the way. The team that gets the robot to push a wall all the way to the opponent's spawn point–or the team who got the robot to push a wall the farthest before time runs out–wins.

Push is a clever mode, and an interesting way to turn the payload idea on its head. Creating a push and pull between two teams through an ever-growing chasm creates some intense moments right from the start, as the initial claim on the robot can be the most frenzied point of a Push match. There's a lot of dead time though, most noticeably when a team claims the robot on their side of the map and it has to walk allllll the way to the other wall and start pushing. Granted there's dead time in every Overwatch match type, regrouping is part of the central strategy of the game, but in Push it's way more noticeable. Still, Push fits right in with the rest of Overwatch 2's main modes, bringing exciting team-based action every time it's played.

So what about the heroes I'm playing with in this hero shooter? There are three new faces on the roster, one for each of the three classes. As a Tank player my favorite of the three is Junker Queen, who fits right into my personal playstyle of "get in the enemy's face and stay there until said face is gone." Her shotgun packs a punch, and her specials can tear an entire team apart if given the chance. I can see myself jumping into battle with Junker Queen for a long time to come.

The other two new heroes, while not resonating with me personally, are still a blast to play. Damage hero Sojourn's powerful railgun can turn the tide of battle by itself thanks to its two different modes of fire, which when coupled with her Overclock ability turn her into an absolute nightmare for enemy heroes. Support players gain Kiriko, a projectile healer who can climb walls and deploy multiple buffs at once. Both of them add new elements of fun to the Overwatch formula, and all three new OW2 heroes set a high bar for what's to come in the future.

The game's presentation continues the strong aesthetic decisions from the previous game, though I will admit the new user interface choices are more sterile (for lack of a better term) than before. The original HUD stood out amongst the crowd, holding a certain flair that let me know "yes, this is Overwatch you're watching/playing right now." This new look feels more generic, more interchangeable with other shooters of its ilk. While this might make it more accessible to those who don't play the game, say viewers of the Overwatch League, in-game it leaves a little more to be desired.

There's a term in sports betting that refers to when an over/under bet results in neither coming true, for example a team scoring 17 points with the over/under set at exactly 17. The term is called a "push," which is ironic because the idea perfectly sums up how I feel about Overwatch 2 in comparison to its predecessor. There are new ideas, new maps, a new match type, and new heroes, but none of these things vastly improve the admittedly already very good experience of the first game.

That said, none of these additions are net negatives to the game either. Overwatch 2 simply exists in an awkward transition phase between the game it was and the game it wants to be. It's not a revolution by any stretch, at least not how the original game was, but it's still Overwatch and that means it's still a ton of fun.