At first glance, you can easily mistake Outriders as a forgettable looter-shooter RPG. If you joined in with the millions that played the demo prior to the official release, you may have spent an insanely short 3 hours in Enoch and ended your play session with the belief that Outriders was too short-sighted, lacked depth, or maybe there just wasn’t enough there to hook you. Tread carefully Outrider, there is much more than what the mere demo showed, and you may want to think twice before you knock Enoch.

Outriders by People Can Fly and published by Square Enix is a sci-fi space shooter RPG, that introduces players to the world of Enoch. As an Outrider, you’re essentially tasked with keeping your team safe. Yet, all is not well in Enoch, and things quickly take a turn for the worst. Between an anomalous storm, some dangerous-looking wildlife and an organ-melting fungus nipping at your heels, you get put on ice, until you are awoken thirty years later. After waking up you find that the anomaly has changed you, and now, as an Altered, you’re off and running in Enoch, to fight, explore, find a mysterious signal, and hopefully save all of humanity, naturally. 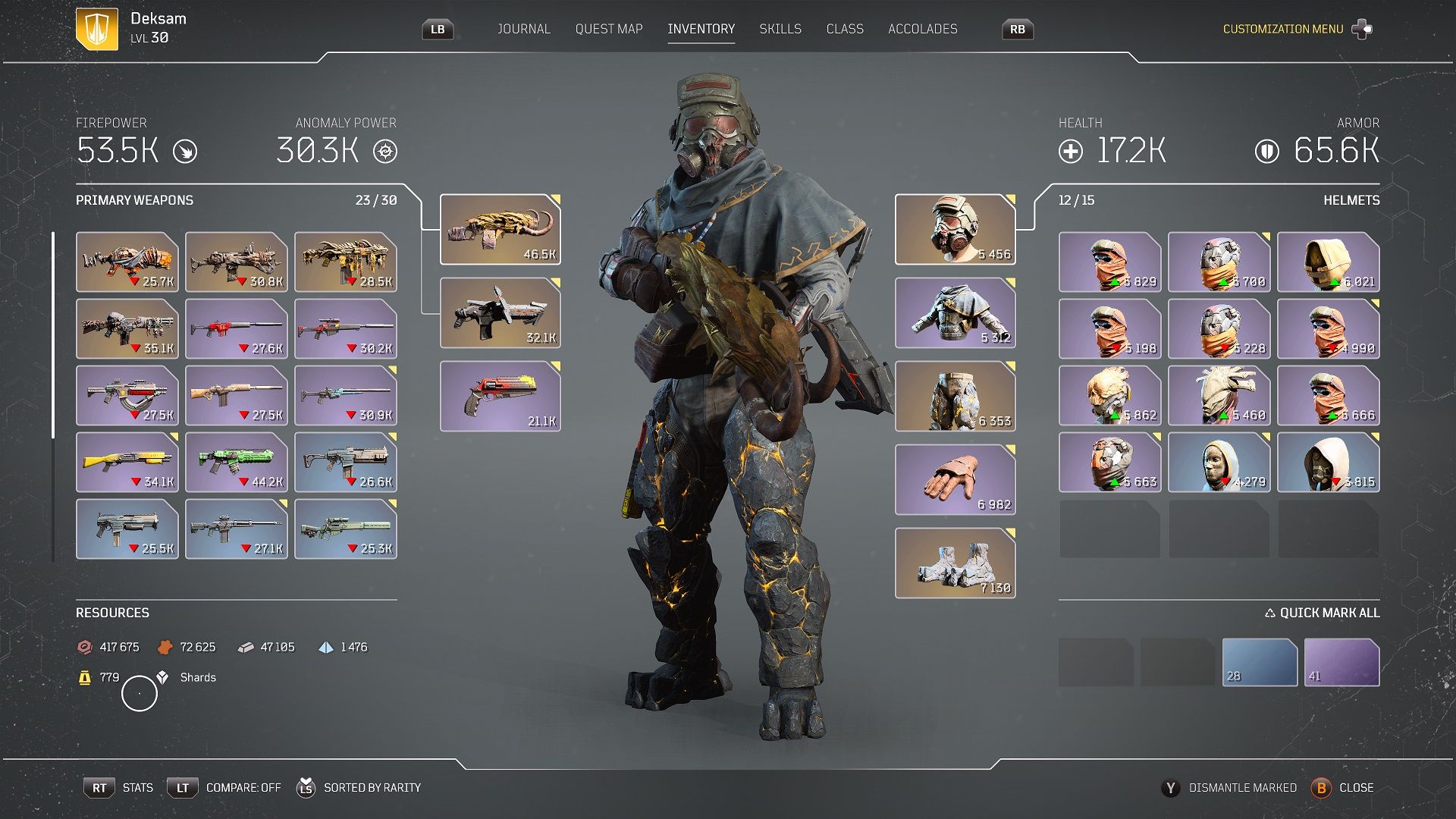 The story portion of the game has its moments. The flow of the overarching narrative sometimes gets a little beaten and broken. Characters that seemingly should mean something, often get thrown by the wayside, and it’s difficult to get attached to any of them. Some of the most deviant enemies, or cool minor supporting characters like the Wanderer, never really get their due, while seemingly integral characters, like Shira and August are quickly introduced and just as quickly forgotten. Throughout the voyage, you’ll touch on a redemption story, some pop-culture references, and you’ll primarily be faced with how unlikable your main character truly is.

There are parts, like at the end of the Outriders Legacy quest chain, where you find some truly enjoyable dialog, but the protagonist (you) is too apathetic to really get attached to. The story of Outriders actually pales in comparison to the lore of Outriders. People Can Fly created Enoch with a rich history, complete with an ancient race, and underlying clues of what happened to the outriders and the humans from the interstellar space shuttle, the Flores. Mysterious obelisks, deserted towns and creepy caverns are all part of a narrative that is told in pieces. Enoch has a lot going on for a world thought to be uninhabited. 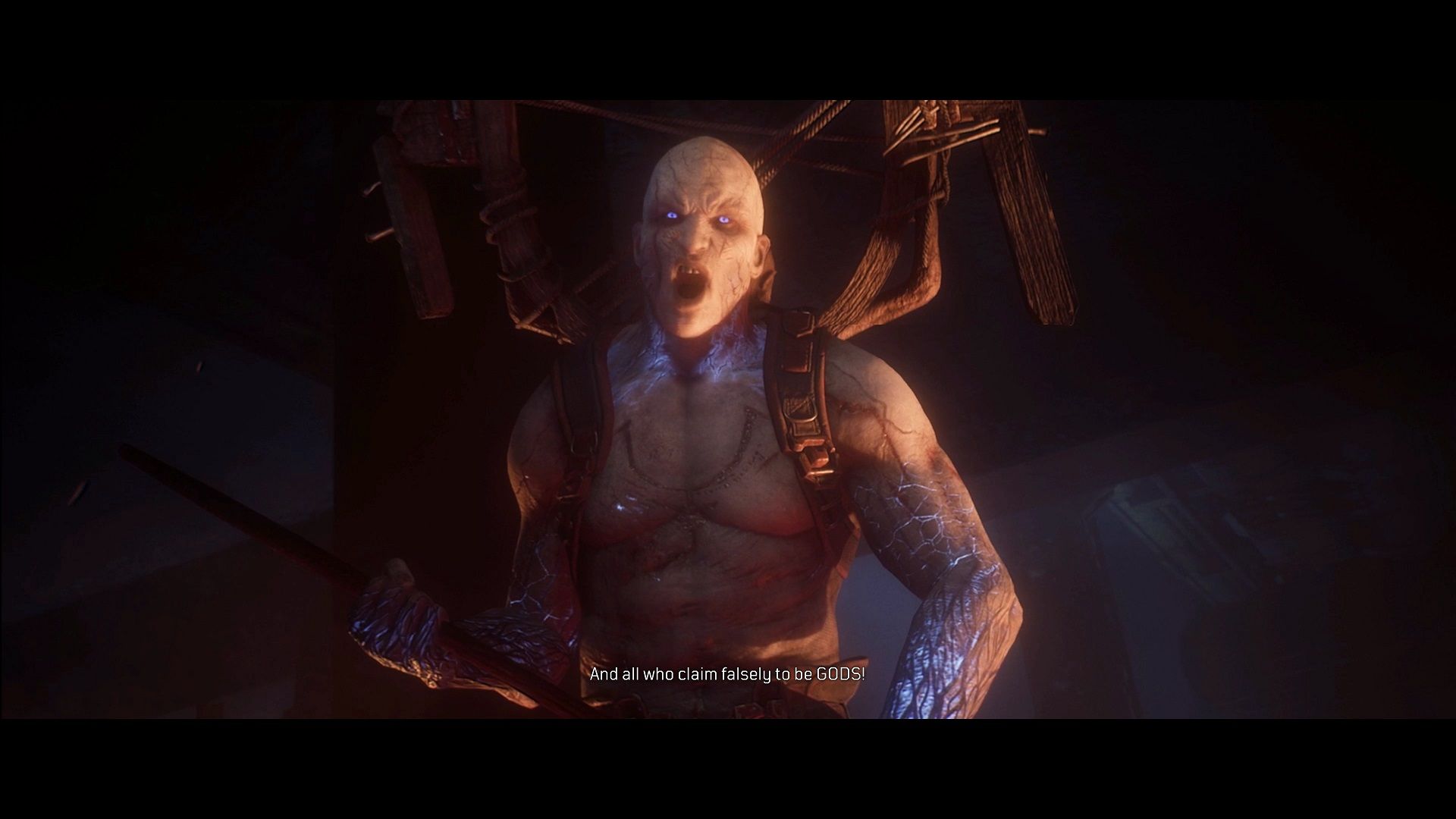 Once you set the story aside, Outriders is packed with some intense action. If you’re familiar with Gears of War and People Can Fly’s jaunt into that world with Gears of War: Judgement on the XBOX 360, you should be somewhat familiar with the combat of Outriders. Despite Gears of War and similar games being dubbed “cover shooters” due to the usual necessity of hiding behind cover to shield yourself from the impending onslaught of enemies, Outriders could be described as an “un-cover shooter”. Cover is available everywhere in Outriders, but it’s unlikely you’ll want to use it.

When you start the game, you could get by if you simply waited behind the safety of any cover object. Enemies would advance, certainly, but nothing more than you could manage. As you move forward through the story, you meet new enemies, some of which don’t really care whether you prefer to hide and battle at your leisure. In some encounters, you may find that there is no cover at all, or in the off chance you find some, you’ll quickly get bombarded by all manner of weaponry, from grenades, to hailstorms. Luckily, Outriders prepares you for these eventualities with 4 customizable classes, each with full skill trees, and powerful abilities. Of the four classes, the Pyromancer, the Technomancer, the Trickster and the Devastator, I couldn’t help but try each of them, but the Devastator resonated with me the most. 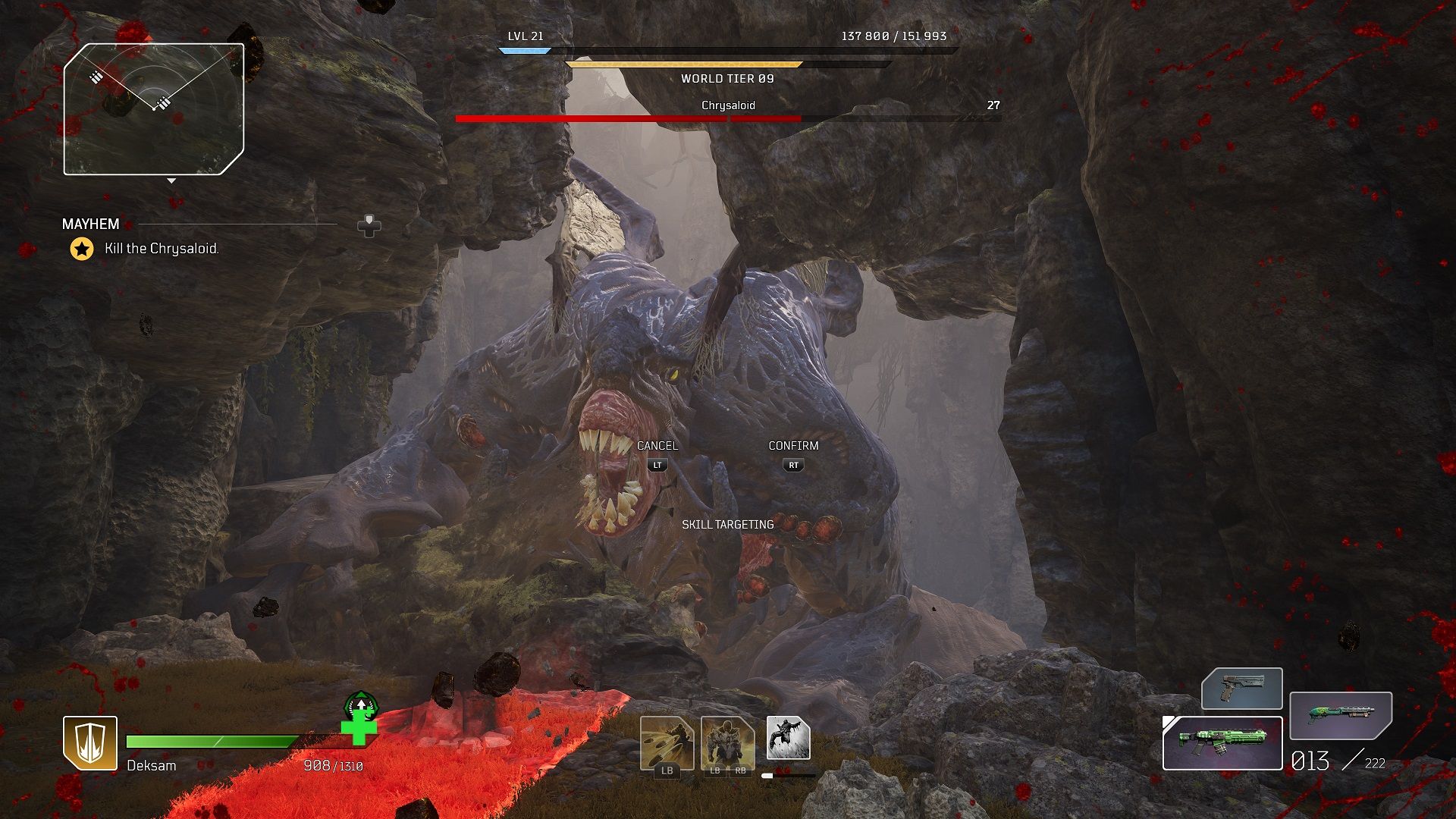 When you choose a class, the game attempts to explain the basic concept of your class. The Technomancer is a support class, the Devastator is a tank, etc. The reality is, each class can provide some support, but at the end of the day, the main focus falls to killing enemies as fast as inhumanly possible. In other words, creating a character in hopes that you’ll be the best healer or support class you can be, won’t win you any awards, or in this case, rewards. All classes, however, can be viable damage dealers, and in some cases, still provide exceptional support, but you can absolutely create builds that hit enemies like a wet noodle. Most of that is due to the tier system that Outriders employs, not only for the leveling game, but for endgame as well.

Outriders is essentially split into two separate games. You have the main story mission, with its associated side-quests, hunts, bounties, and historian missions. Then you have Expeditions, which are the current endgame. Both of these systems house a simplistic tier system. In the story mission, as you progress, you’ll earn world tier Experience. Eventually, if you’ve earned enough from questing, your world tier will increase, unlocking stronger gear, but it also unlocks tougher enemies. Eventually, an enemy that took you a few seconds to kill, could turn around and take you a minute, or in the case of full support classes, much longer. 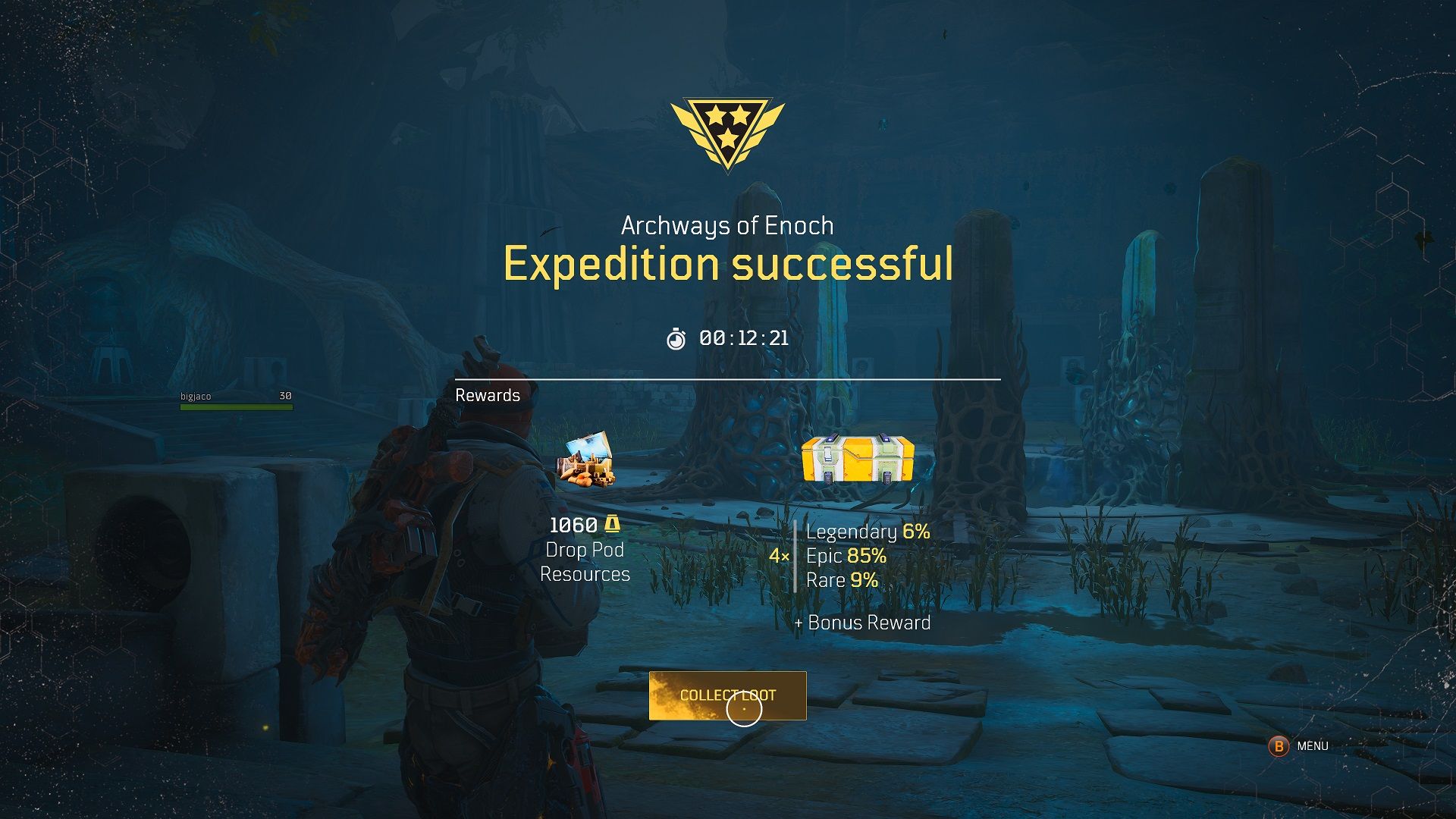 Whether you move up to the maximum world tier of 15 is totally up to you, as you can complete the story mission on any world tier that is comfortable to you. I went for glory,  pushing myself to world tier 15 before taking on the final boss, Yagak. It was not a pleasant experience to say the least. Once you finally complete the boss, and make it to the top of the world tiers, you may think it’s over, but in actuality the endgame grind is just beginning.

Expeditions are essentially single shot missions, with a singular goal: secure the Drop Pod. Once again, players will notice a series of tiers for each mission, all of which reward you based on your completion time. Just like the world tiers, increasing in your Expedition tiers will give you access to higher level gear, and enemies that love nothing more than to use you as their personal volleyball. One might question why you would want to go through the hordes of enemies, and it’s a fair point. The answer actually points to what Outriders does exceptionally well. Itemization.

The armor and weapon system in Outriders is quite possibly one of the best itemization systems I’ve experienced in recent memory. Gear flows into your inventory regularly, and by breaking this gear down, you get stat shards to upgrade some of your gear stats, modifications that are literally game-changers, and titanium that you can use to upgrade your gear, if you choose. Legendary items, which are pretty rare unless you’re very proficient at running Expeditions, have tier 3 mods that can enhance your weapons or armor in ways you never could have expected. You can also obtain class-specific or general legendary armor pieces, complete with their own set bonuses. The strength of Outriders’ itemization is in the way People Can Fly created something that isn’t complicated, but it’s still complex. As difficult as Outriders gets, obtaining and modifying your gear levels the playing field. You can choose to stack damage modifiers to great effect, or create a build around critical hits and regenerating your gun’s magazine. 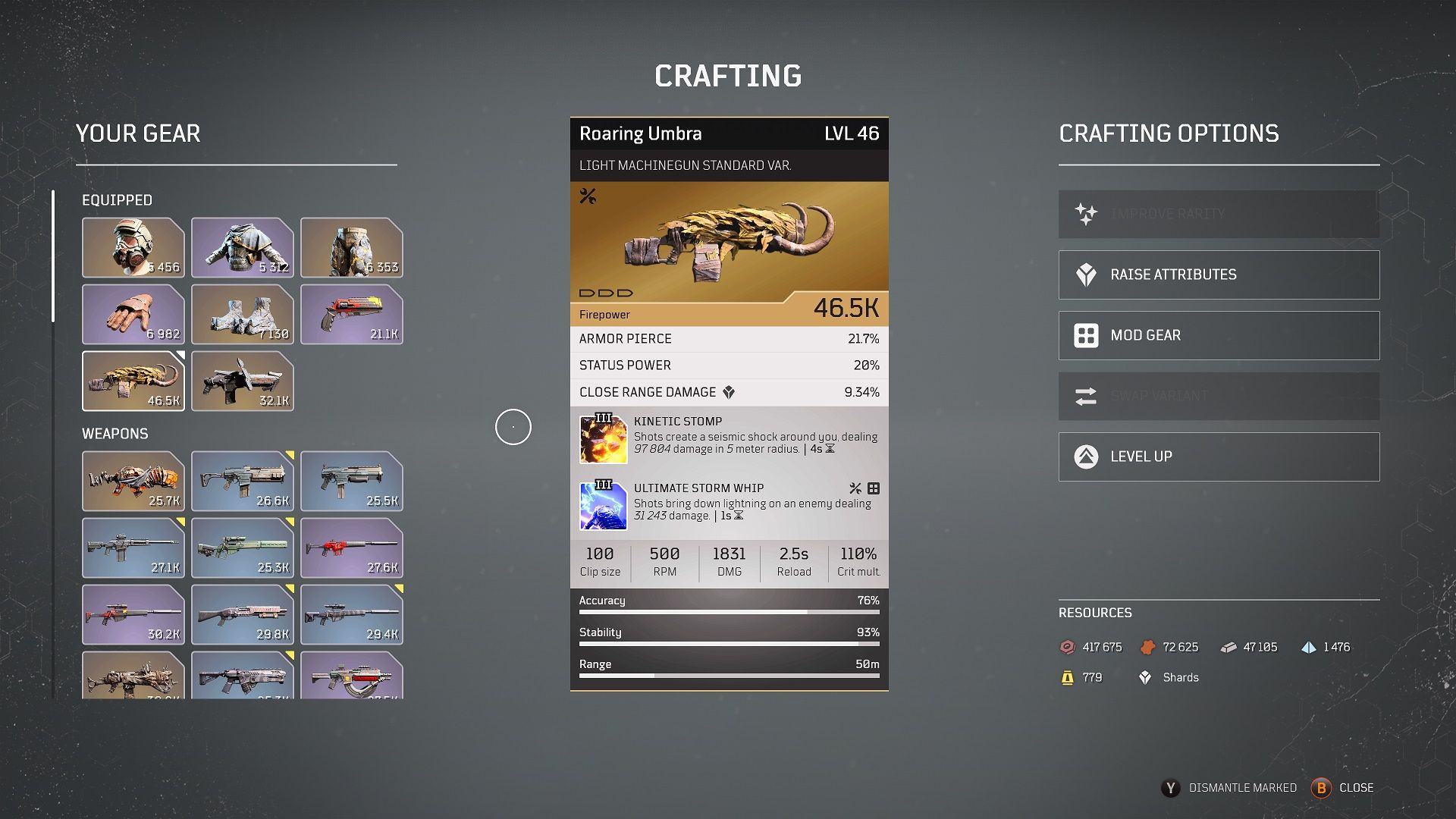 The gear and modification systems are major components in building your character. It keeps the game interesting, and finding gear or mods you were looking for (or didn’t know you were looking for) feels exciting and rewarding. Outriders has made obtaining gear fun again. Outriders may be fun, and it certainly has me hooked, but it isn’t anywhere near perfect. The severe server instability may have been a little disappointing when the game first launched, but that is only the tip of the iceberg when it comes to the technical glitches.

Outriders has a crashing problem. Playing on an Xbox Series X, the game ran pretty well, despite the temporary issues related to the initial server problems. Rather, Outriders constantly crashes, most especially in multiplayer, and almost always when you, or one of your companions, are sifting through their menus. Crashing to the Xbox home screen wouldn’t be so bad, if returning to the game wasn’t met with a long cinematic screen, followed by an equally long login feature that has been ongoing since the demo released. 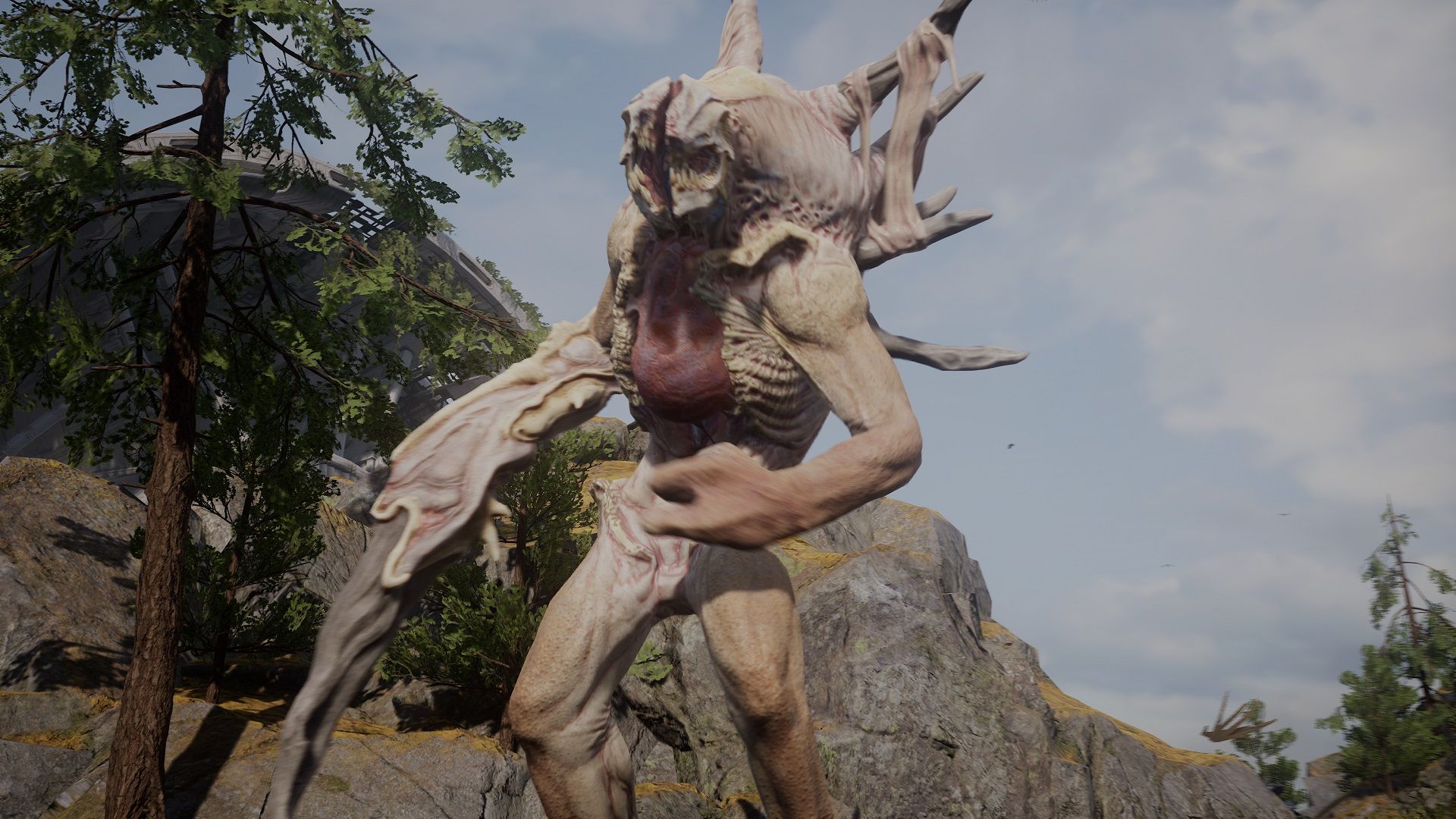 These issues don’t spell disaster, but they do deserve their rightful criticism. At times, the game is nearly unplayable, and more than once, I’ve either crashed or watched a teammate crash at the final Drop Pod, or during a story cinematic. Still, Outriders manages to entertain far more than it frustrates. If you were like me, scoffing at the demo, thinking that there was nothing more in this shallow looter-shooter, it’s time to think again. If you’re looking for a challenge, and you don’t mind the interstellar flight to Enoch to find it, Outriders is the game for you.