Our story begins with demons challenging the gods who defeated them a millennium ago but Raji: An Ancient Epic isn’t really about them.  Rather, Raji is a game about the titular girl looking for her brother who was abducted by demons during this new war.  While she thinks everything she is doing is to find her brother, the gods have a different plan for her.  With the help of Vishnu, Durga, and Shiva, Raji must look for her brother and save the world.

Raji: An Ancient Epic is a beautiful game that has a unique art style including cutscenes done in shadow puppetry.  The places visited in Raji are just stunning to look at.  While I played it on my computer  (Intel Core i7 9750h, NVIDIA GeForce GTX1650, 16GB RAM), Raji is not  graphically intense by any means and would have looked just as beautiful on the Nintendo Switch.  It’s easy to get immersed into the ancient Indian setting simply because it’s got such a nice view. 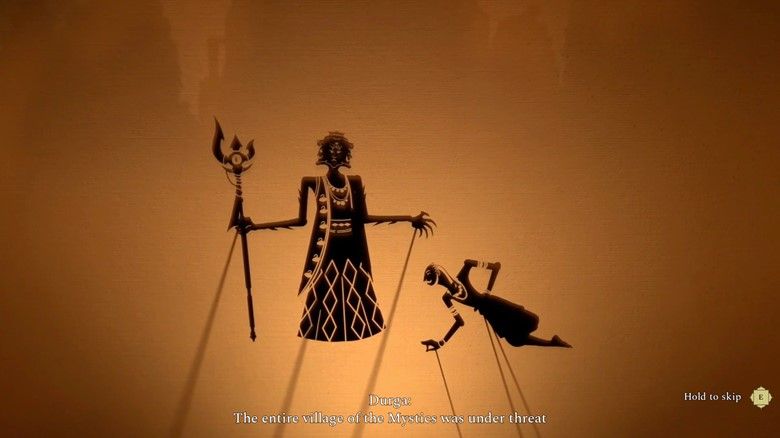 The story in Raji is extremely engaging. Vishnu and Durga narrate throughout the whole game as if they’re watching over Raji evaluating her strengths, explaining what she can do to be more successful.  It was a really effective way to use the story to also give a tutorial on game-play.  Unfortunately, as much as I enjoyed the story, it was also the cause of my biggest problems with Raji: An Ancient Epic.

The first of these problems is the length of the game.  I am extremely average when it comes to my skills in most video games.  That being said, I only played Raji for 4 hours and before the credits rolled.  Seeing credits roll on a game is normally a great experience for me.  It means that all the work I put into a game has finally paid off.  It’s like receiving a major award...or at the very least, a participation ribbon.  After 4 hours playing Raji, to see the credits roll was disappointing especially for a game that retails for $24.99 USD.  I sat in my chair stunned and literally asked aloud “that’s it?”  The biggest problem was that as Vishnu and Durga taught me several ways to play Raji, gaining my final weapon right before the final boss, I felt like the whole game was just the tutorial.  I wanted more.

Part of wanting more however was a by-product of my other major issue with Raji: An Ancient Epic.  I don’t want to spoil the ending for anyone so I’ll attempt to be vague.  Raji: An Ancient Epic was amazing right up until the end.  I learned more about Hindu culture and mythology in those 4 hours than I had in 4 years of high school.  That said, the ending did not do the rest of the story and experience justice. It left me confused and upset the better part of a whole day and completely soured the entire experience. I wanted to keep playing.  I wanted to fight the ending and make it better. 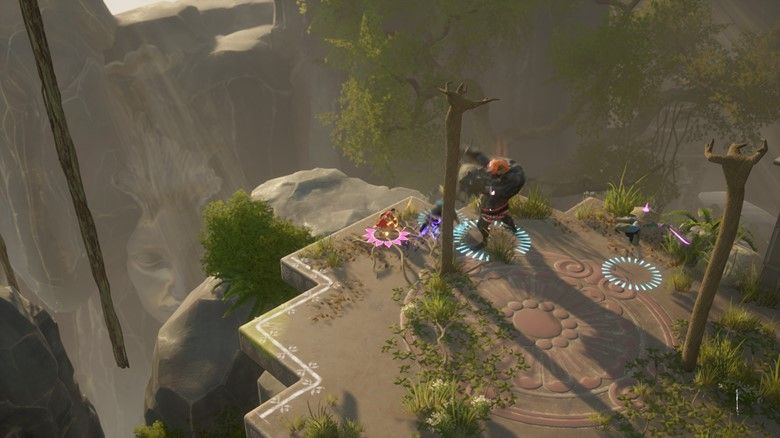 Combat was a learning curve.  Just when I would finish learning one weapon, Vishnu and Durga would throw another my way.  In between learning different combat styles, I was also being taught to use a skill orb system to add power to my attack.  I could use Vishnu’s lightning in my attacks, or Shiva’s ice. Basically, it was a skill tree.  I normally hate skill trees but there was a simplicity to this system that made it incredibly easy to use and understand. I was impressed by how I could personalize my attacks to be more effective in ways that made sense to me.

In all, Raji: An Ancient Epic was a great game.  Yes, I had some problems with it’s length and the ending but if I step back and look at the game in its entirety, I can recognize that Raji was a gorgeous game.  It was educational and made me want to learn more.  My hope is that we’ll get a sequel to be able to explore ancient India once again and perhaps right the wrongs this game committed...only time will tell.