I never knew a game could be so frustrating and brilliant at the same time.  I had no idea it could make me want to rage quit yet yearn to play more all at once.  I especially didn’t know that I could come to like a game and loathe it simultaneously.  However, such was my experience with Orcs Must Die! 3.

Orcs Must Die! 3 is the latest entry in a franchise that is exactly what it sounds like; a game all about killing orcs.  The Orcs Must Die! series has a bit of a cult following online with some fans very dedicated to the extermination of orcs whenever possible but what would I, a new player get out of it?  A timed exclusive for Stadia, when OMD3 launched, it was made available to claim for anyone already paying for Stadia Pro.

Honestly, I feel that Stadia was an interesting choice for the launch of OMD!3. The ability to play on my phone anywhere I had WiFi and seamlessly switch to my PC at any time was a wonderful concept.  Practically, though, it had some issues. 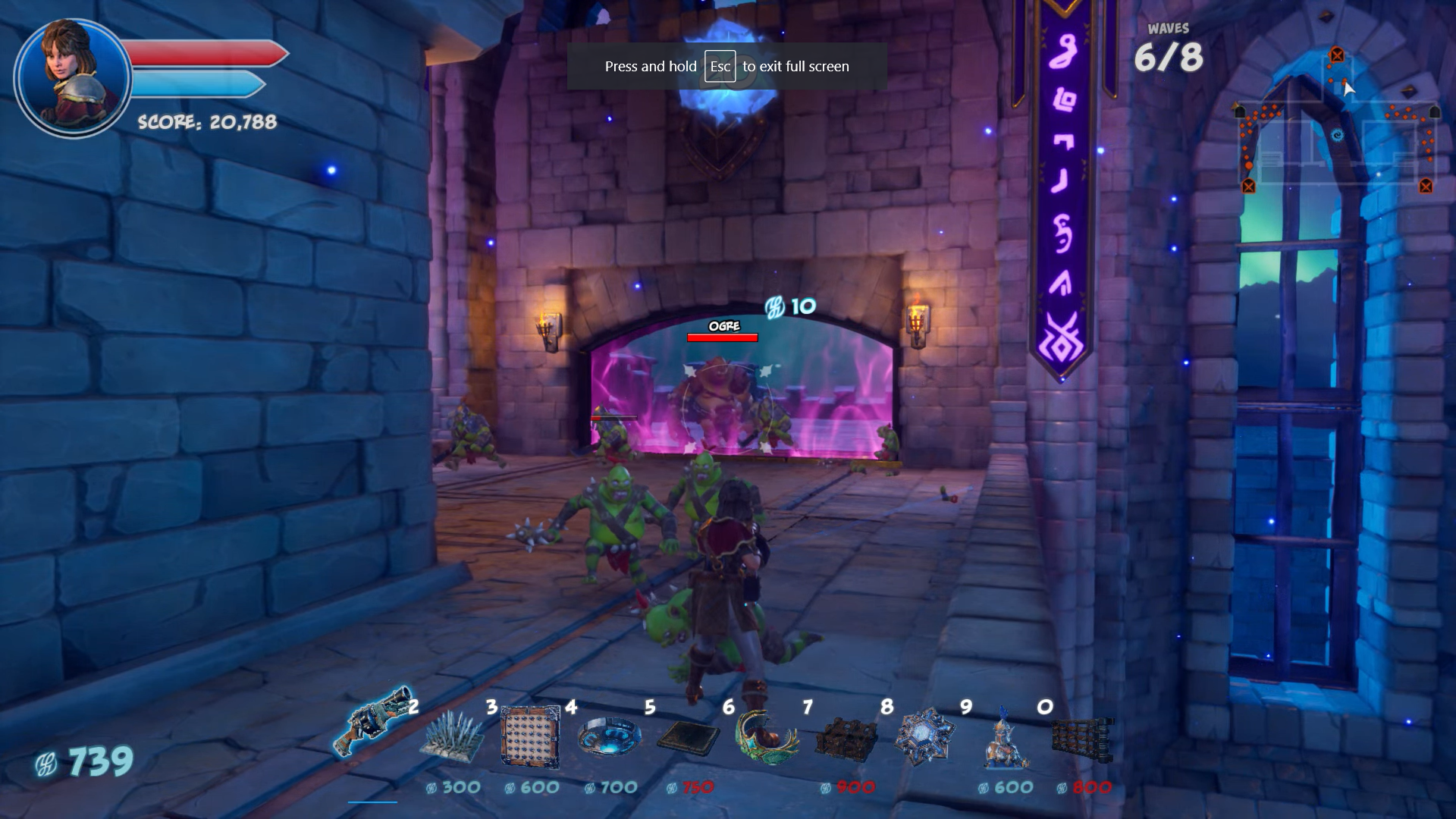 There were times when the streaming from Stadia was less than stellar and in those moments the stream hiccupped badly.  Anything could cause these hiccups from too many devices using bandwidth on the network to even the slightest drop in internet speed from my ISP.  This was a major issue for me because while the people over at Robot Entertainment have nothing to do with these issues, no one forced them to launch on Stadia first.  I’ve heard it said, “Stadia is great...when it works.”  My first impression would have been greatly improved if OMD!3 had launched on a system that isn’t so heavily reliant on a stable internet connection or if Stadia had the option to download my games. 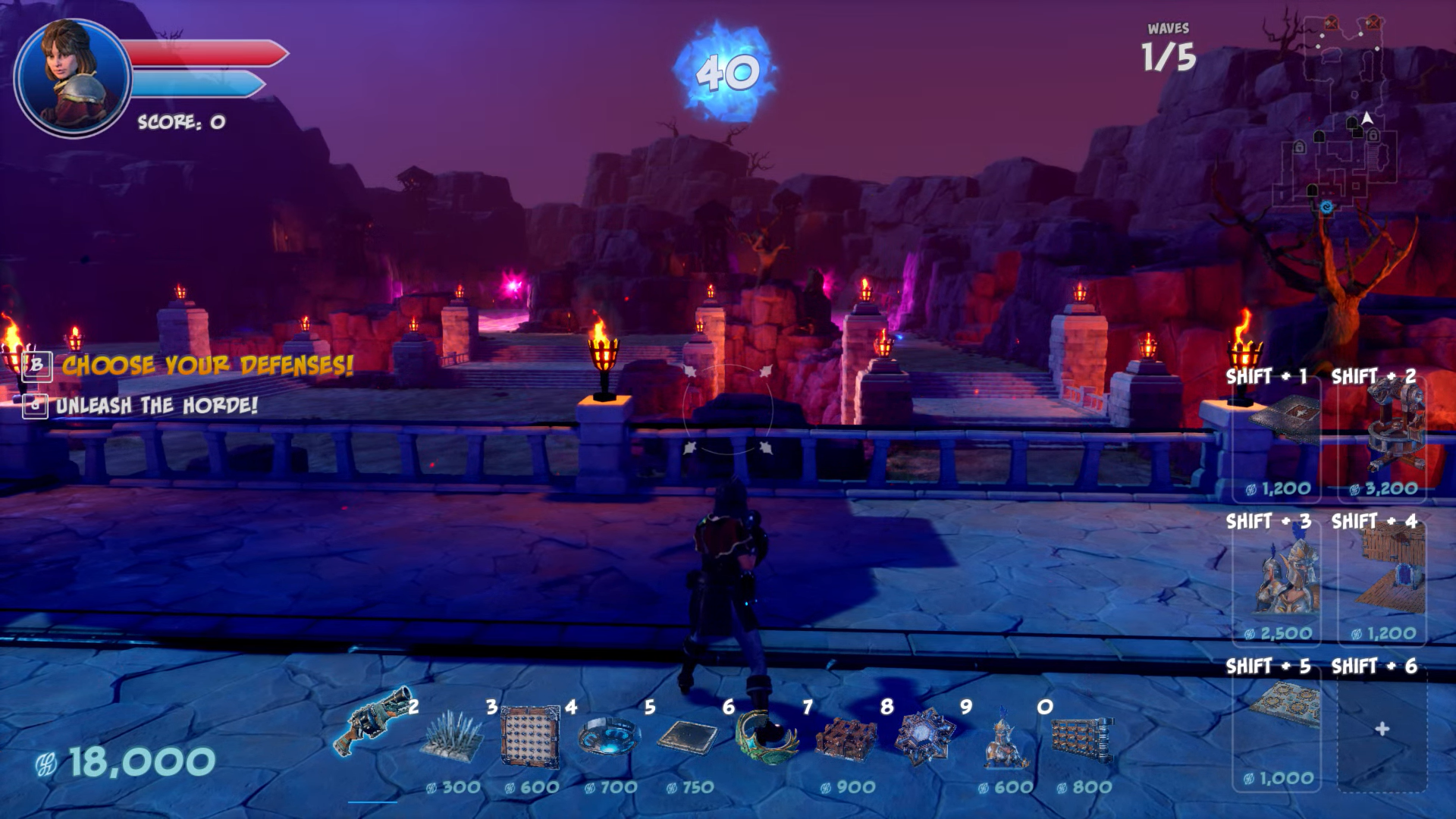 The storyline in Orcs Must Die! 3 is regrettably forgettable and entirely too predictable.  By ? of the way into OMD!3, when the big “twist” happens, I knew exactly what was coming. I was neither surprised nor impressed by what felt like it was intended to be a major point in the story.  This was really unfortunate because I play games primarily for the sto

ries they tell. Fortunately for OMD!3, I enjoyed playing in spite of that.  The more I played, the more I realized how satisfying it is to set traps and kill orcs.

Orcs Must Die! 3 is one part tower defense and one part third person shooter, mixing the genres quite well, which was nice as both a newcomer to the franchise as well as one who isn’t the biggest tower defense fan. Personally, it was the third-person shooting mechanics that saved the experience as I made my way through each of the eighteen levels. .

Setting traps is the bread and butter of Orcs Must Die! 3.  Each level is basically a puzzle to see if you can learn how to direct the flow of orcs through the stage.  As I started the game, I lost so many times simply because I wasn’t learning the lessons that OMD!3 was trying to teach me. It was incredibly unnerving and frustrating...at first.  As I learned, the puzzles got easier and therefore, the levels became easier to complete.

Unfortunately, the puzzles weren’t the only obstacle to overcome. As the name suggests, the other major obstacle were the orcs! I primarily like to play games, and especially story modes, by myself. I don’t like to have to rely on the availability or competency of other players to complete a game.  That said, Orcs Must Die! 3 can be played either solo or co-op but at times, it really felt like it was made for the co-op experience. There were even a few levels that I personally wouldn’t have been able to complete solo.  That’s problematic for a number of reasons but the biggest of them is that not everyone will have the ability to play co-o.  Even when I could play co-op, my team-mates weren’t as high a level as I was and could only produce low-level traps. I would have been fine with being in charge of setting traps, but the starting cash with which I bought traps was split evenly between both players in co-op.  So where I had 20,000 to spend on traps by myself, now I only had 10,000 and my partner who could only build a few low-level traps had the other 10,000.

Orcs Must Die! 3 also incorporated into the campaign 5 War Scenario maps.  War Scenarios give the game a new way to play by using larger traps on larger maps while encountering hundreds of orcs at once.  The biggest problem that I found was that while some of these stages worked exactly as they should, a few of them were so huge that funneling the traffic one way was near impossible. In those instances, co-op became not just a good idea but vital to continue.  War Scenarios were a great idea, but unfortunately, they were at times poorly executed.  Because of this, it felt like they were altogether unnecessary. It was simply another example of solo play being severely hindered by the need to join up with another person.

Orcs Must Die! 3 has a few characters that you can play as during the campaign. In addition to that, there are a  few that you unlock after your first playthrough of the campaign.  While the characters each have their own unique abilities and weapons, it really didn’t seem to matter that much.  By the time I unlocked the special ability the game was just about over.  The weapons could be interchanged and used on other characters so for most of the campaign, it simply wasn’t important to select characters based on their unique abilities or weapons.  In reality, the characters were there to move along the story and provide cosmetic choices in characters.

Eventually, I learned how to play Orcs Must Die! 3. It was only then that game began to shine and really only if I was playing by myself. While I wouldn’t ever call it a masterpiece, I had hours of fun and laughter as I found the joy in killing orcs.  One of the most satisfying things to do was  to launch a grenade into a group of low level orcs and watch them explode with orc guts flying all over the place.  It was humorous. It was satisfying. It scratched that itch to just sit down and shoot something especially after a bad day.  My hope is to see OMD!3 come to the Nintendo Switch and/or Steam where the internet issues I experienced with Stadia won’t be a factor.  All the same, if you’re a Stadia Pro member, I do recommend giving it a try.  You just might find that you too get a kick out of killing orcs.