Since the days of Dr. Evil in Austin Powers movies -- who admittedly is much more my style than actual Bond villains --  a small part of me was intrigued by the idea of being an over-the-top criminal mastermind, stroking a small pet on my lap as I tell the super secret agent I’ve captured all of my nefarious schemes. Of course I’d never actually do such a thing, being bogged down with stuff like “moral obligations” and other things that would make actual villains snicker. Evil Genius 2 gives me that power though, and it does so in a way that’s wonderful, wacky, and most importantly worth your time.

I first want to point out the excellent audio experience offered throughout the game, specifically the musical score and the voice acting. The score sounds like it was ripped right out of a 60s spy thriller, the heavy brass and suspenseful strings setting a perfect tone for the entire game. I’m running an evil empire, sure, but it’s a cartoonishly evil empire filled with inherent silliness even in its darker moments, and the music matches that dark-yet-silly atmosphere.

The voice acting is also marvelous, as each Genius is backed by a fantastic performance. The small conversations that play out between the Genius and his cronies are perfect, from the insults disguised as casual banter to the outright “DO AS I SAY” mentality I’d expect from a criminal mastermind. The only thing these scenes were missing was my Genius putting a pinky to his mouth, but rest assured I was doing it myself while sitting at the keyboard. 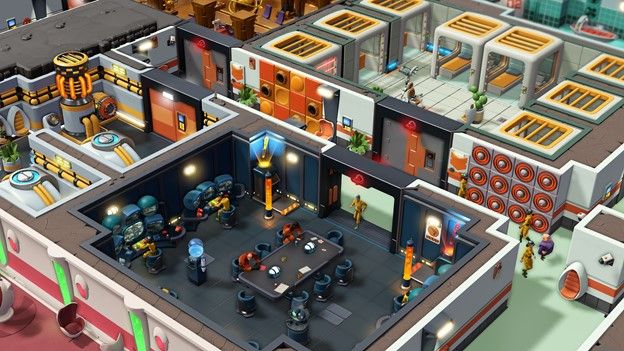 Speaking of “do as I say,” it turns out running a crime syndicate is a lot more granular than I’d expected, but EG2 separates these tasks into clear and concise actions...most of the time. I can manage my minions, build new rooms in my lair, stock those rooms with necessary items, upgrade my lair, upgrade my front business that’s financing the whole operation, run worldwide Schemes using the World Map and more, all with a few clicks. Missions both in the main story and the side quests are focused enough that I only need to access a few menus in order to initiate the tasks to complete them, making every task seem possible as soon as it’s assigned. Nothing is out of reach, everything is at my fingertips, and nothing feels impossible. Considering the sheer amount of things Evil Jason has to manage, that’s quite a feat.

That’s not to say I didn’t have a bit of trouble navigating the menus, however. Sometimes I’d click the wrong Research task or a click on a certain minion wouldn’t register. Sometimes checking a Genius’s status would activate a Perk I wasn’t ready to activate. One time I killed a minion with my Genius by complete accident, which ended up benefiting me thanks to the game’s “kill a minion with witnesses to inspire the witnesses to work harder” mechanic. The World Map in particular is a beast, with icons that are miniscule and hard to make out and directions that aren’t always clear. There’s a lot of clunkiness in the game as I click through each menu, which at times can be a bit frustrating.

One of my other major problems with the game is how often I found myself waiting for something to do, especially in the early game. I can only execute one Scheme at a time in a certain part of the world, so I had to wait until that Scheme finished before starting another. Only one Research option could be pursued, so similarly I had to wait for one to finish before pursuing another. Gameplay comes in bursts, where I’m clicking and choosing and directing my minions and then suddenly I’m not, I’m watching things play out before tasks are completed and I can start assigning tasks again. There’s a lot of “hurry up and wait” going on here, and at times I found myself inching toward the “Quit Game” button because I didn’t want to wait. 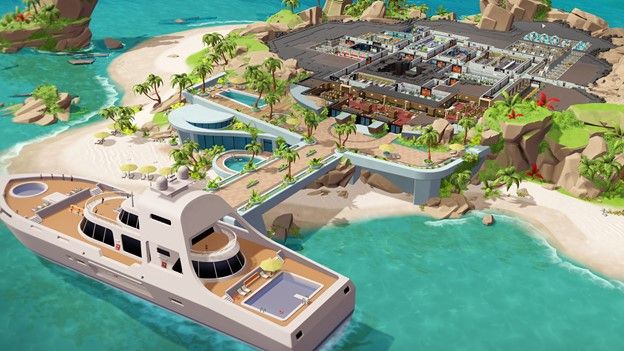 However, I’m not sure I can blame the game entirely for these frustrations. See, after previewing EG2 a couple of weeks ago I purposely made the effort to review the game despite very much still being a beginner PC gamer. I wanted to test not only the game, but my own abilities in playing a game clearly developed for the PC. I hoped to shed light not only on what the game does well or poorly, but also how easy it is for another player in my position, a primarily console gamer dabbling in PC gaming for perhaps the first time, to start with EG2.

I admit this because I think my frustration over the menus comes less from how the game is designed and more about my inexperience with a point-and-click menu system in a simulation like this. PC veterans may be able to whiz through these menus without issues, while simulation experts might be used to the start-and-stop format. I don’t know how the lengths of time I’ve waited around for something to do here compare to others simulation games, but someone who’s played more of them than me might not be bothered. No matter how I look at it, it’s clear that console vets wanting to try something new will have an adjustment period.

Hearing my issues with the game earlier may turn some console-heavy gamers off from giving EG2 a go, but if you’re still reading I’m also here to tell you that despite my stumbles the game is still accessible, and more importantly fun, even if the learning curve is slightly higher. Take when Agents descend on the lair and try to snoop around, all it takes is a single click on the Agent and you can decide how best to deal with the nuisance. I tried to capture at least one of the invaders in order to extract intel via some, ahem, “interrogation methods,” but I also enjoyed distracting them by redirecting them to a roulette table at the casino fronting my lair. There’s also an option to just outright eliminate them, but honestly that’s not as fun as the other options.

That’s a perfect example of the kind of dastardly fun lies within the complex menus and systems of Evil Genius 2. Laying out the fortress, stocking the rooms with equipment, and executing Schemes is a powerful feeling, like I’m at the top of an empire. I can strike fear into my minions whenever I wish, or I can sit back and take a hands-off approach. Sometimes that hands-off approach takes a little longer than I’d like, but eventually I’m back into the action. Evil Genius 2 allows me to tap into my inner mastermind, creating an evil empire worthy of Blofeld himself even if the game is more Dr. Evil in its demeanor. It’s not a perfect empire, as some technical aspects are more frustrating than fun, but I still had a nefariously good time tapping into my inner evil.

Now DO AS I SAY and check this game out.