One thing that needs to be said before you even think about starting it up is that Noah’s Heart is a mobile game. Not just for the microtransactions or for the character collection mechanics, but all the way down to the very bare bones of the system design. As per most mobile games, there are tons of windows, all going into several more windows, making navigation a bit of a maze compared to the more intuitive PC controls that PC gamers are used to. Throw in energy mechanics that make sure you either pay up or log out once you use it all up and you end up with a game that would never be mistaken for exactly what it is: a mobile port to PC. 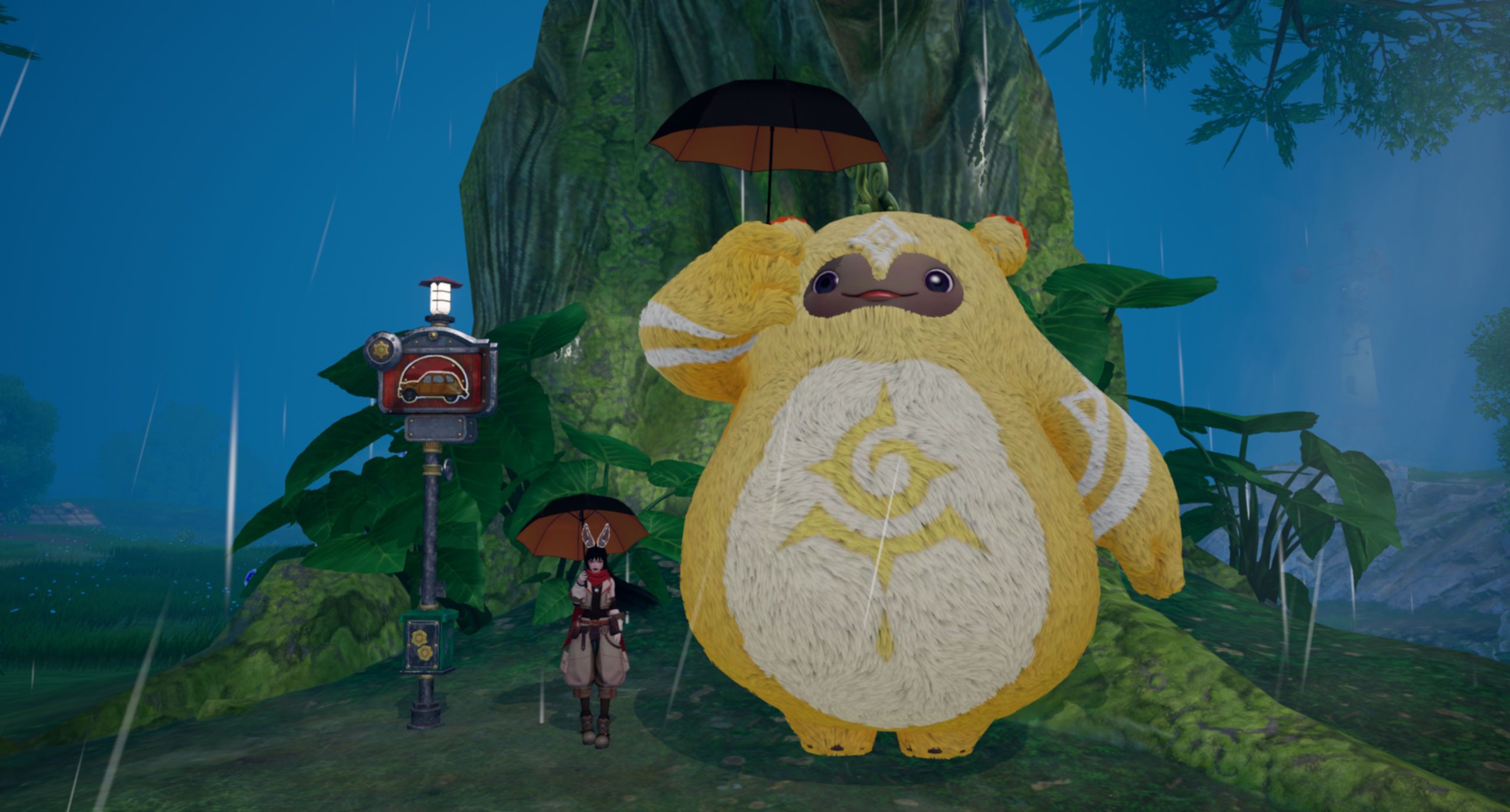 I will say, Noah's Heart is  very pretty in-game with some beautiful scenery, though it is the first game I have ever played where the cinematics were actually worse than the in-game play. Usually, for games, even non-mobile, the cinematics are gorgeous and you’re left with disappointment when you return to your character. Not so for Noah’s Heart. In fact, they’re so blurry and grainy and ultimately pointless that I ended up skipping most of them. Honestly, it confused me, especially since mobile games are known for futzing their in-game graphics with great art and cinematics while having terrible in-game animations. Seeing it in reverse was vaguely unsettling.

And that’s probably the most positive thing I can say about the game, or rather one of two. It is very pretty. However, it’s nearly incomprehensible at various parts of the game (most of them, actually) because it looks like they just ran whatever script they had through a cheap knockoff of Google Translate. That the awful (no seriously, they are the epitome of why people hate voice acting in games) voiceovers of the characters often weren’t actually saying anything like what the subtitles were didn’t help much either.

To this day, I still have no idea about certain aspects of the story, like who is Ave, why she is there and who am I and what am I supposed to be doing as my character. But that’s fine, I guess, I don’t need to know any of that, plenty of people just skip storyline info, right? 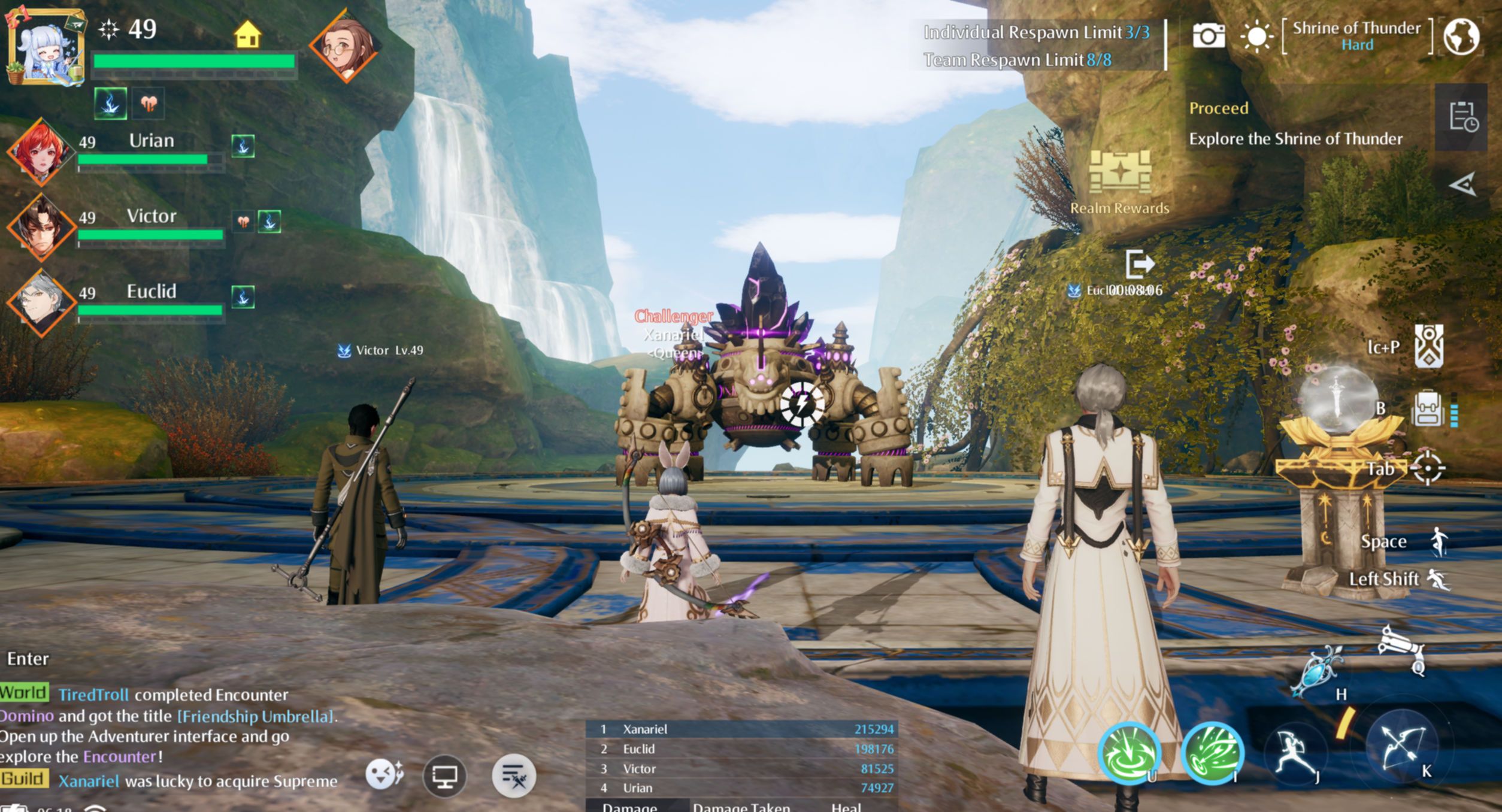 PC controls are awful. Even if you’re a clicker like I used to be, they’re absolutely terrible. It’s in windowed mode, so if you have a multi-monitor setup, be prepared to lose your tiny white cursor several times, sometimes at important (combat-related) points. The combat keys are set up across the keyboard, while WASD is for movement, but not turning. It’s honestly a clunky mess and does not play well at all. You can get used to it, but even acclimation can only do so much. The PC controls are just outright, no-excuse bad.

On the flip side, the controls for mobile are sensitive, responsive and actually fairly comfortable and easy to use. It’s a standard setup in landscape mode, with your left thumb controlling movement and your right controlling attacks, dodging and jumping. The difference between the two is frankly, stark and almost jarring, and goes to show that again when porting mobile offerings to PC, more than a reskin of controls will need to be considered. There needs to be some attention to detail on just how the ergonomics differ from mobile play to keyboard and mouse, as the two are far from interchangeable. Lacking that, you end up with one side or the other badly suffering in translation.

That being said, the extra movement modes are awesome. Seriously. You have grappling hooks, a jetpack, mounts, and there are actually puzzles where you might use a couple of them in combination in order to unlock teleport points or other world puzzles. Moving around the world is actually pretty damned fun. Too bad this wasn’t a parkour or platformer game, where solid movement mechanics could really shine and carry the rest of the game because it needs something to.

As for combat- it’s not bad, but it certainly isn’t reinventing the wheel. The ability to possess a phantom to get access to two more skills to customize your play is nice, though I wish the skill tree unlocked a LOT sooner. Gear and drops are pretty plentiful, and you’ll get enough equipment, even with the fatigue system keeping you gated to only so many runs per day, that you’ll end up decomposing (their term for salvaging) most of it for gold and, at higher levels, gear tokens. It should be noted that even though fatigue does gate you, there are ways to use in-game currency to get more, so it isn’t as restrictive as many other mobile offerings, but it’s still present enough that you need to keep an eye on it. 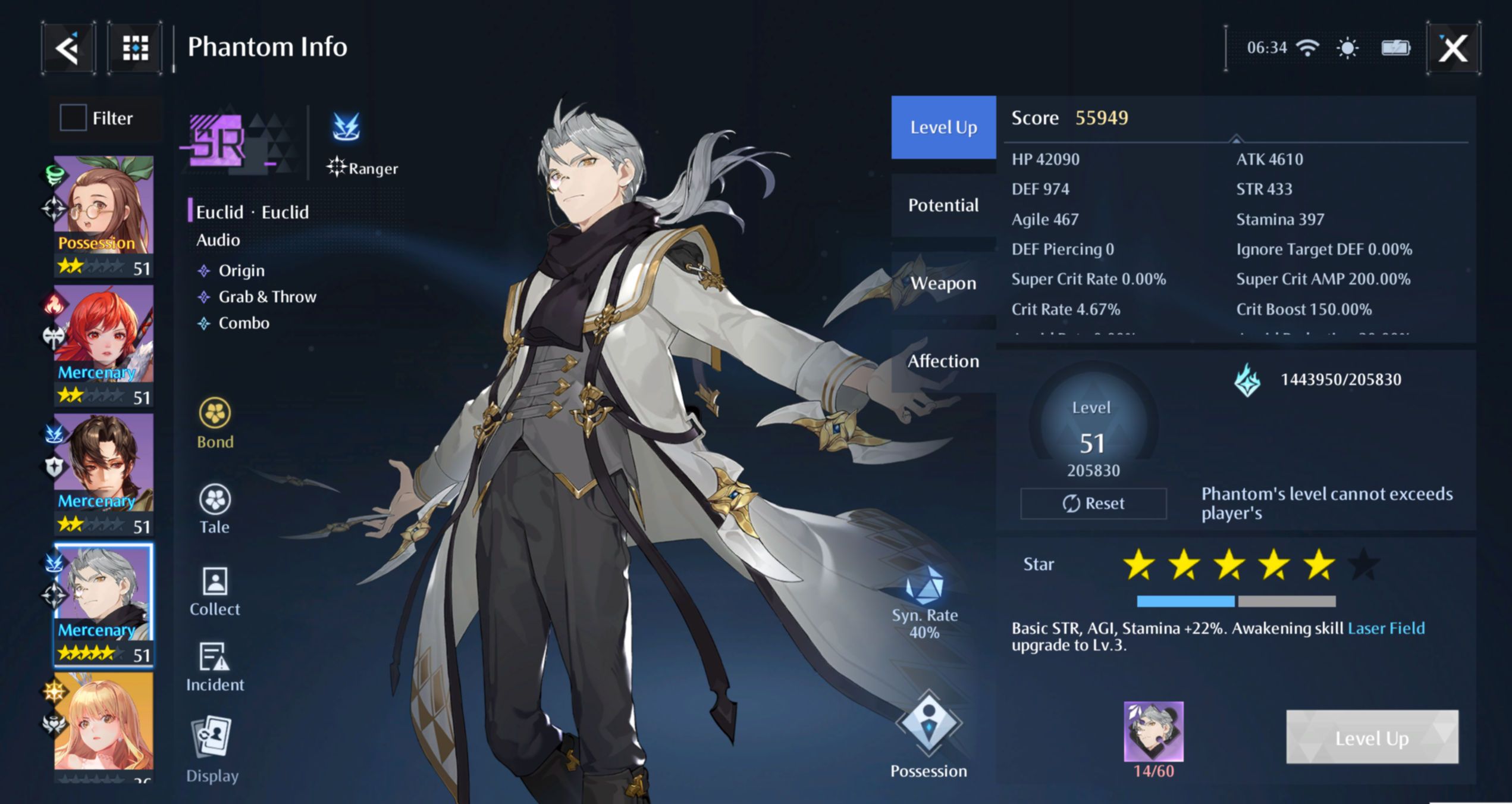 The Phantoms (the characters you summon to help you in combat) themselves have great art, good models, and animations,  and there’s enough variety that each feels distinct, and the abundance of  in-game currency means that even if you’re F2P, you’re still going to have a decent stable to choose from. Their AI isn’t the best, but it’s by far not the worst I’ve seen. I have had moments where I’ve wondered why they were simply standing around, but to be perfectly honest, the AI phantoms are still better than some of the PUGs I’ve had to suffer through.

Dungeons and instanced combats are quick five-minute bites of action, meaning more casual players can jump in and do a few before they need to log out if they’re pressed for time. They have the standard telegraphs, dungeon trash, and boss mechanics, and there’s honestly nothing new here. It’s pretty much just bog standard.

I will say, though, that I was pleasantly surprised because there’s plenty to do. Sadly, about half of it is gated by level, but still, if you like crafting or gathering, exploring or puzzles, you can easily fill in hours wandering around looking for chests, gathering ingredients, and even catching and taming horses to breed later (though I’m still not sure what difference having a better horse does, even though their stats get upgraded because the speed seems to remain the same and I have never had an option to use them in combat, mounted or otherwise-maybe it’s an endgame thing?). Of course, crafting has its own energy which means you’ll have to buy more units of it with in-game currency (or cash), but gathering, searching for chests, and puzzles are all open to as many as you feel like doing. It’s odd because usually in mobile games the design is such that the players can get everything done in a half hour or an hour, and then log off, because sitting and playing on your phone for hours on end isn’t exactly comfortable, at least not the same way it is for PC games.

Before I forget, yes, there is player housing. It is more functional than most games, but in some ways less useful, if that makes any sense. You start with one room and a tiny handful of items to place, but very little explanation. You need to hit certain levels of practical and decorative levels with these furniture pieces and get a key from leveling crafting (“careers”) to unlock more rooms. Each room can be assigned three phantoms, which will add bonuses to the room assignments, which are tasks you can set them to do to earn you crafting components and housing currency. It’s a basic setup, but I can see some people enjoying it. I wasn’t terribly impressed, especially since getting further furniture items requires more crafting, and there don’t seem to be a lot of recipes yet. Which is probably why I almost forgot to address it as I’m writing this. Honestly, it’s no great shakes and it feels like it’s just an extra filler system put in so they can claim to have housing in the game. Which is a shame, because I’ve always been a fan of player housing. 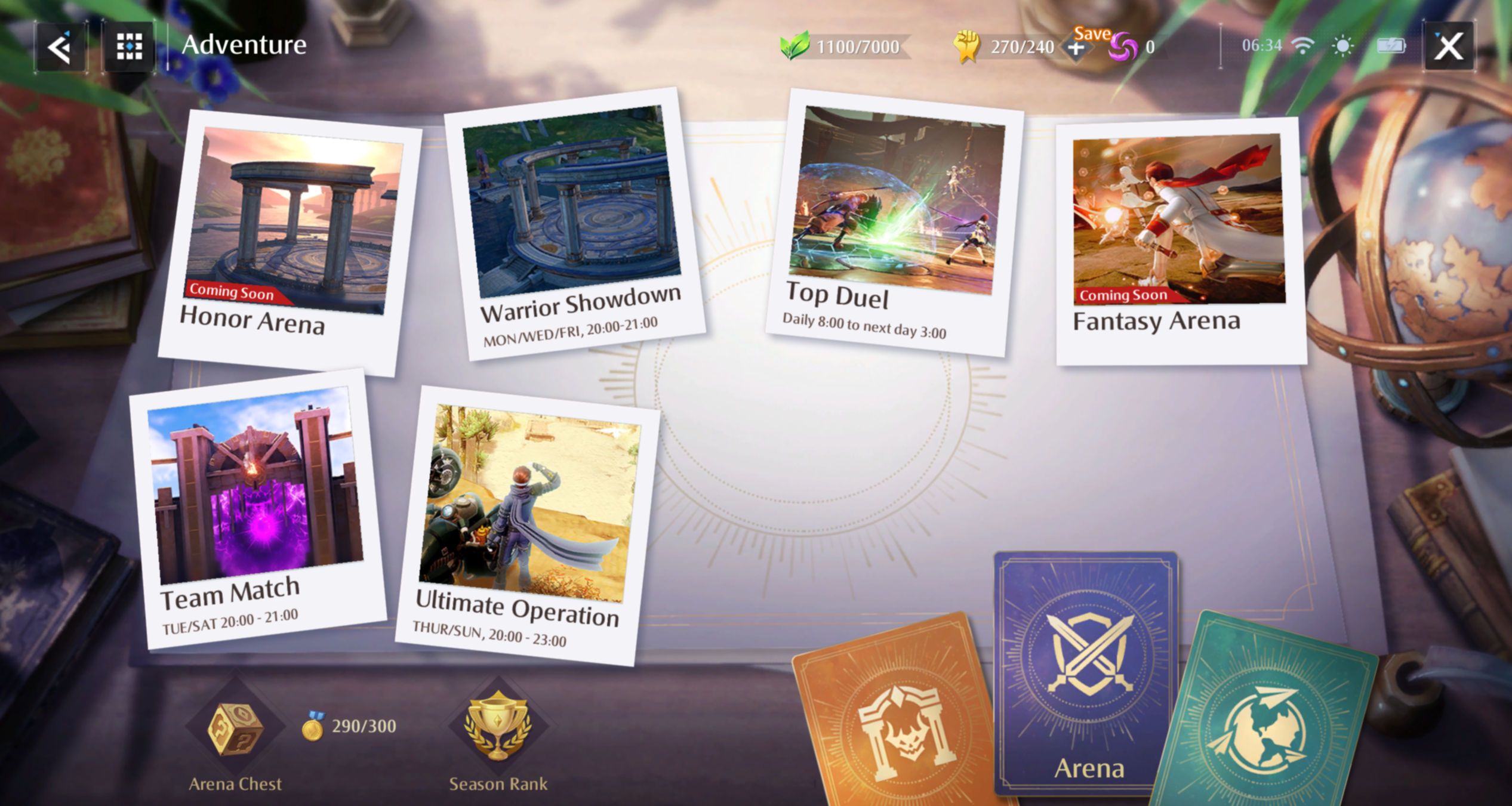 Is there PvP? Of course there is. Every Mobile offering for online play has some kind of PvP in it, be it Guild vs Guild or more, and Noah’s Heart is one of those that has more. A lot more. There are actually several modes, even if most are restricted to certain days and times, though Honor duel (where you duel one on one) and Fantasy duel (auto duels with phantoms) are available at any time of day and any day of the week. There’s also guild versus guild play, but I’m not sure how it works, because every time I’ve been on, it hasn’t been available, aside from an arena, which seemed more like a guild boss battle than anything else (points earned during this battle are compared against other guilds). 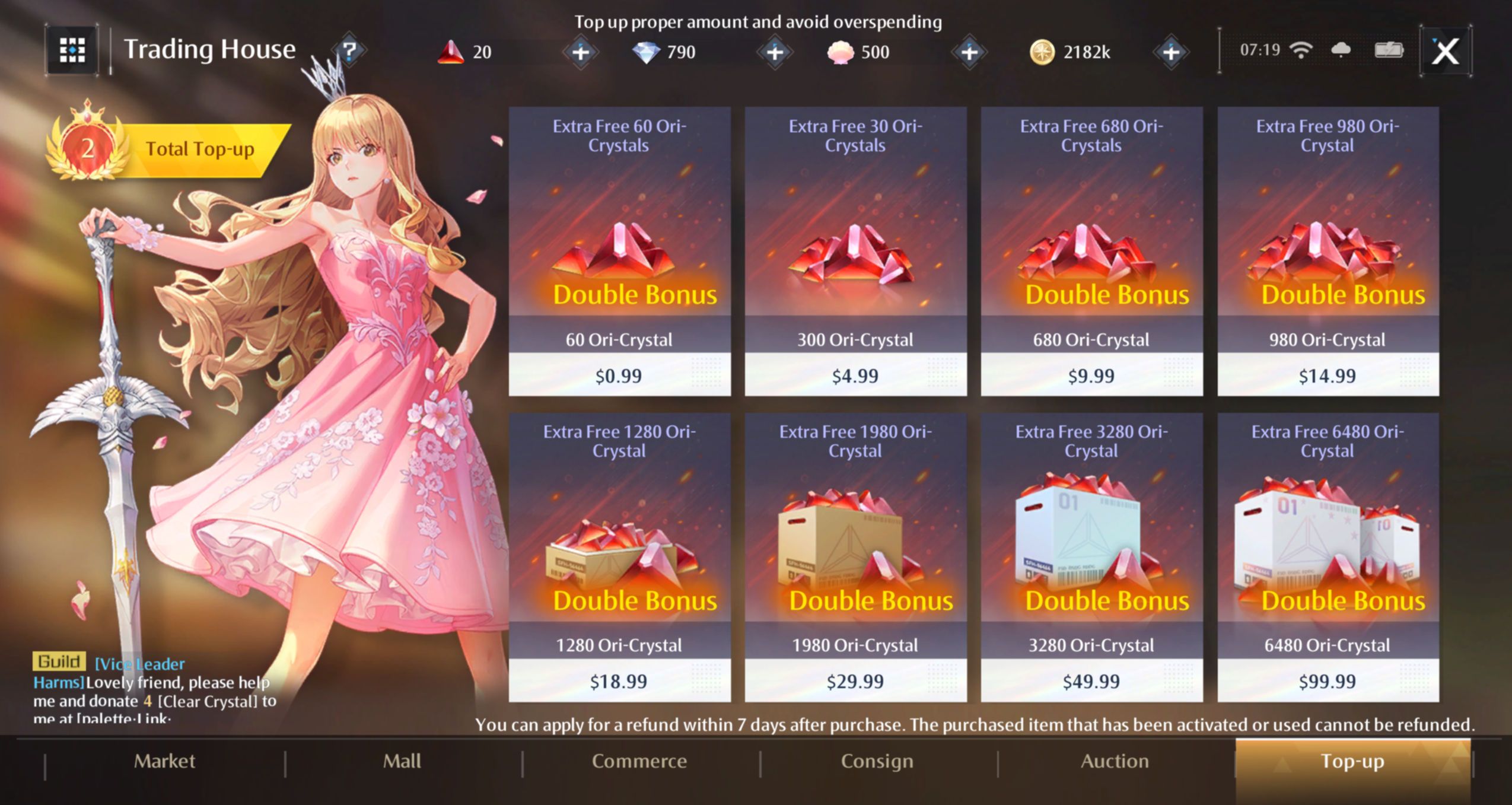 In all honesty, PvP is probably where you’ll find the P2W mostly kicking in, as is standard for most games. And if you think you can just dip your toes in, let me disabuse you of that immediately. Unlike a number of other offerings, Noah’s Heart P2W necessitates a pretty high level of entry to your wallet to make a significant difference in your play. Just to see how things worked, I bought 5$ worth of currency and it got me *drumroll* a hairstyle and two dyes. It could have also bought me some crafting goods (you can’t craft gear), or an avatar icon and a cheap avatar frame. In order to really make a dent in combat capabilities, I was probably looking at a hundred dollars or more. It’s no Diablo Immortal, but these days, what is?

In PvE, it won’t really matter as much, unless you really want to unlock certain fashions or a specific phantom. If you don’t care about PvP, you don’t need to spend anything. The in-game currency is actually pretty generous, as well as the token drops for phantom draws. Gear comes quick and there are plenty of ways to level up phantoms and your character, so unless you want to be top tier in competitive matches or are looking to be a completionist, you can stay F2P and have access to all areas of play without feeling like someone has a deathgrip on your bank account.

In short, yes, it is absolutely Pay to Win, but if you don’t care about “winning” or getting every last achievement, item, and unlock, you can play perfectly fine without spending a cent. Just don’t ever expect to hit the top of any charts without plunking down a decent pile of cash.. 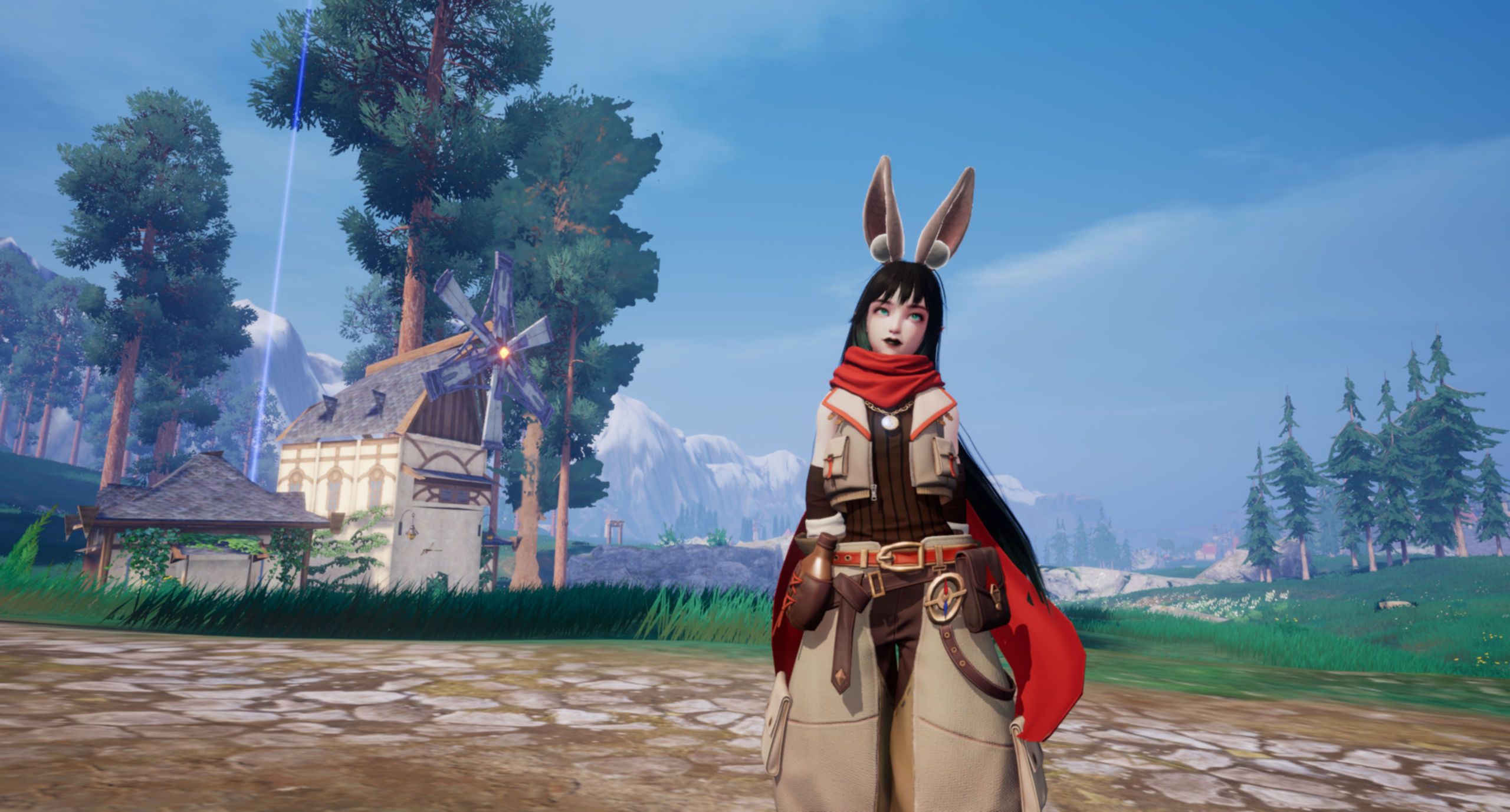 So, is Noah’s Heart fun? Well, it can be. Is it good? If you like Genshin Impact, don’t mind monetization, don’t listen to the voice acting, and don’t care about not being able to read the story text…it might be.

In general though? If you don’t mind mobile ports I’d give it another few months for fixes before I’d make another attempt at it. The current state is only half-baked at best when it comes to PC play, and if you are a primary PC player, I wouldn’t recommend it at all. Noah’s Heart may be available on PC, but it’s really just another mobile game made to fit a bigger screen while it blindly gropes for your wallet.