Iterating on the battle royale genre is a tough job. The basic formula--arrive in an area with nothing, scavenge for supplies, be the last one standing--needs to stay intact, but everything around it can be modified to a developer's heart's content. Naraka: Bladepoint is one such example, eschewing the modern combat aesthetic of PUBG and the cartoonish whimsy of Fortnite for Crouching Tiger, Hidden Dragon. The idea works very well in practice for the most part, but longevity and microtransactions get in the way of sending Naraka: Bladepoint to the top of the battle royale list.

The core gameplay mode of Naraka is basic battle royale: 60 players enter a map (though there's no dropping from the sky, you pick the square where you want to appear), weapons and items lay around for the taking, the last one standing gets the glory. Items include Souljades--gems that buff my stats when equipped--weapons, armor, and in a new twist repair kits. I had wondered how a melee-focused game like Naraka would get around the "scarcity of ammo" idea that battle royale shooters employ, and the answer is a durability marker on every weapon I use. This makes repair kits essential, but luckily they are easy to find and use. It's a smart way to create the same sort of "oh no I'm low on ammo" feeling without the need of actual guns, and I am a big fan.

Speaking of weapons, the pool of available options is surprisingly diverse. As I travel through the map I can find katanas, greatswords, bows, automatic crossbows, muskets, pistols, and more. I begin with three weapon slots--a primary, a secondary, and a backup--but I can unlock more by finding gold and purchasing them. Rarity levels follow the standard progression, gray to green to blue to purple to orange, with each level giving me more speed, power, or defensive ability. While the seasoned battle royale player in me wanted to focus on ranged weapons like the musket, that is in no way Naraka's strong suit; melee weapons are the key to victory. 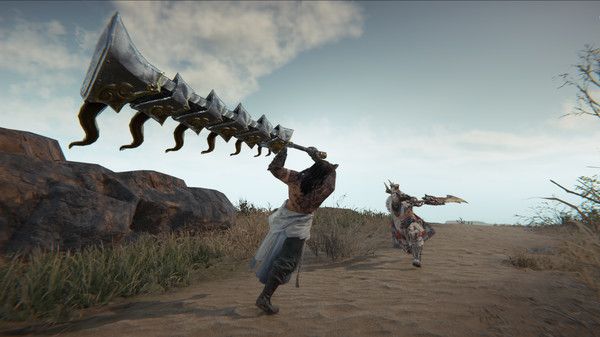 Now this imbalance may seem unfair, but it makes perfect sense. This is a kung-fu action movie in a game, firearms aren't commonplace in that genre. Slicing and dicing with swords and spears feels incredibly good, as do the parkour moves I use to avoid enemies coming at me. The start-and-stop action of the battle royale works well in this scenario, upping the tension as the Shadow--this game's version of the storm--slowly forces us all together. When I hear someone approaching or two other players fighting, I can scout things out, wait my turn, and then pounce for the kill(s). There's a lot of enjoyment in it, the strategic element mixing well with the action-packed moments.

As much as I love playing a Naraka match, the cycle does wear thin after a while. I like the hand-to-hand combat focus, and the Eastern aesthetic is really dang cool, but some matches can feel like a slog at the end. Walking around and not seeing any enemies for 60 to 90 seconds isn't as boring in other battle royale games as it is here, and I can't put my finger on the reason for it. It could be the slow walking speed and touchy run controls (seriously, I wish the run speed was the default movement speed), it could be that there's only 60 players instead of 100 so I encounter less enemies. It may even be a mixture of those two, but whatever it is, that point where the game feels like a chore comes sooner than it should.

There is an alternative mode in Naraka called Bloodbath, and this mode does shake things up a bit as more of a free-for-all deathmatch scenario. The bounty system is cool, putting a price on the leaders' heads and giving players at the bottom of the scoreboard a chance to right the ship. However, once again after a few matches I start to feel boredom seep in again, the gameplay loop not holding me like it should be.

Also, I'd be remiss if I didn't mention the microtransactions in Naraka, which are RIGHT UP IN YOUR FACE. I feel like every menu in the game leads to the Item Shop, which then in turn leads to the "RECHARGE" tab where gold (Naraka's premium currency) can be purchased. Every once in a while I'll earn a bonus Treasure Chest (aka lootbox) and get to watch the cool cinematic in the temple as I earn my item, but unless I shell out some dough that costume or accessory I want is going to be locked away for a long time. Granted all purchasable items are cosmetic, there's nothing here that will give me a distinct advantage, but when I see the Shop screen more than the title screen that is an issue. 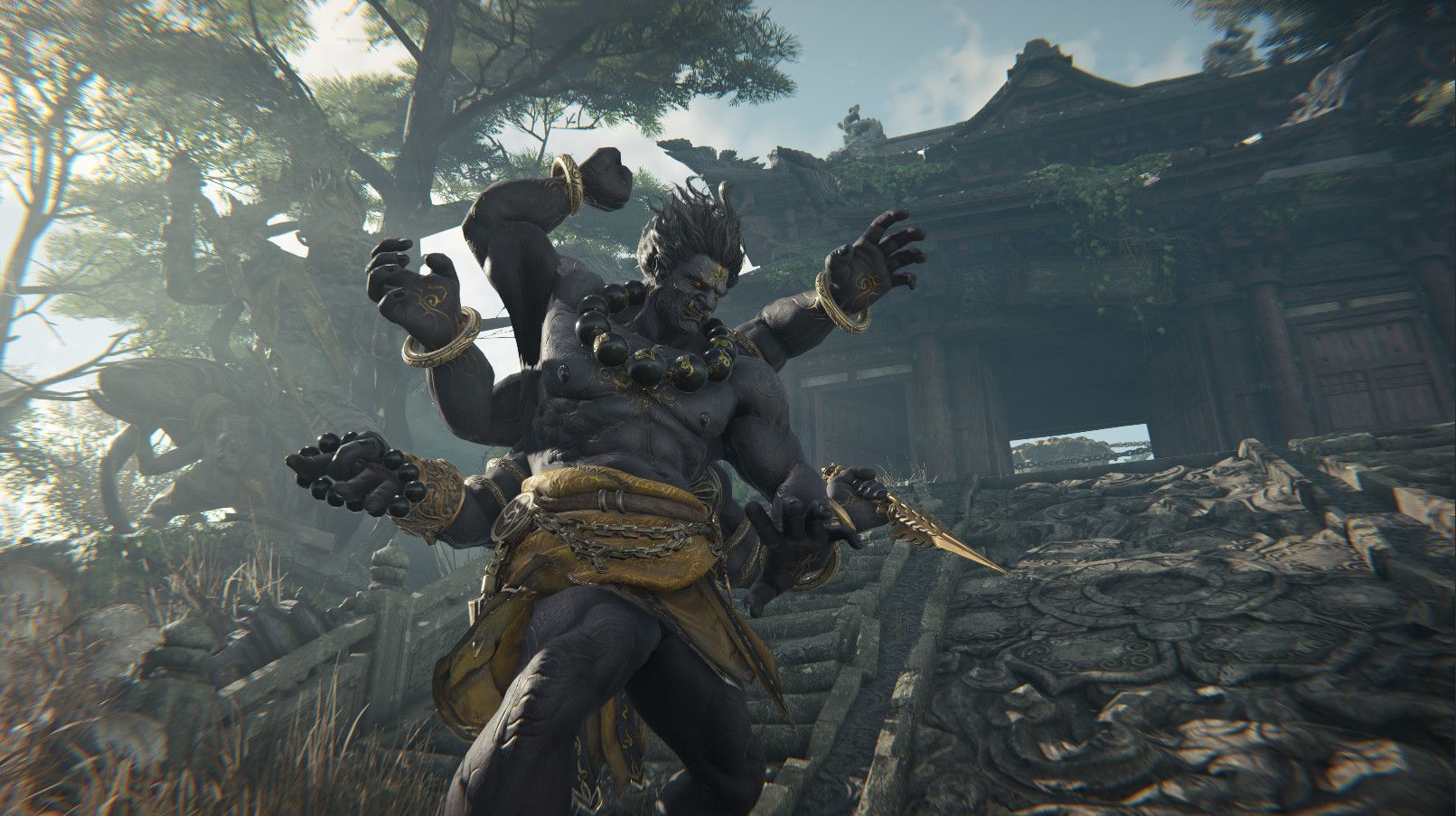 One final critique, admittedly minor but still bears mentioning: at the character selection screen each hero offers a quote about themselves and their abilities. Most of these lines are benign, but one in particular feels like it was written for an early 2000s PS2 game: a particularly, uh, endowed female character says "yes, they're real...the souls in my blade." The audible groan I let out the first time I heard this could be heard across the street and completely took me out of the game for a brief moment. Yes, it's a quick one-liner, but it is so out of place in this setting it cannot be understated.

Naraka: Bladepoint does have a lot of cool and unique ideas for the battle royale genre. I love its melee-focused combat, I love the varied weapon selection, and I dig the durability system replacing the "limited ammo" functions of other games in the genre. However the game's longevity suffers due to becoming stale quickly, the lack of variance in the core gameplay loop rearing its ugly head quickly. It's the kind of game I would absolutely recommend to a friend, but only for one or two matches at a time. For long marathon sessions, there are far better options.