First, it’s important to establish Mass Effect Legendary Edition is a remaster and not a remake. There is a huge difference between the two. Generally, remasters utilize the original code and assets, tweaking them to bring visuals and mechanics within touching distance of modern expectations. Think Uncharted: Nathan Drake Collection.

Remakes, on the other hand, are…um…remakes. Little original code and assets are used. Instead, the team creates entirely new assets and begins with a largely new codebase. The resulting game is, in effect, entirely new. Think Shadow of the Colossus 2018. Sometimes, the resulting game is completely different from the original as in Final Fantasy VII Remake.

Mass Effect Legendary Edition (henceforth, Legendary Edition) is the former, and not the latter. But I don’t think this is a bad thing. Not even close. Legendary Edition brings several technical improvements to the trilogy like improved hair, better makeup options, 21:9 widescreen support for PC, much higher resolution textures, and modern touches like ambient occlusion.

However, because the original games did not utilize modern features like PBR (physically based rendered) materials, the visual improvements do have a ceiling. Fortunately, the games still look bloody excellent.

I was most curious about the first Mass Effect game. Given that it’s the oldest, it is reasonable to assume it required the most work. And indeed, the team lays out exactly what went into this first game. 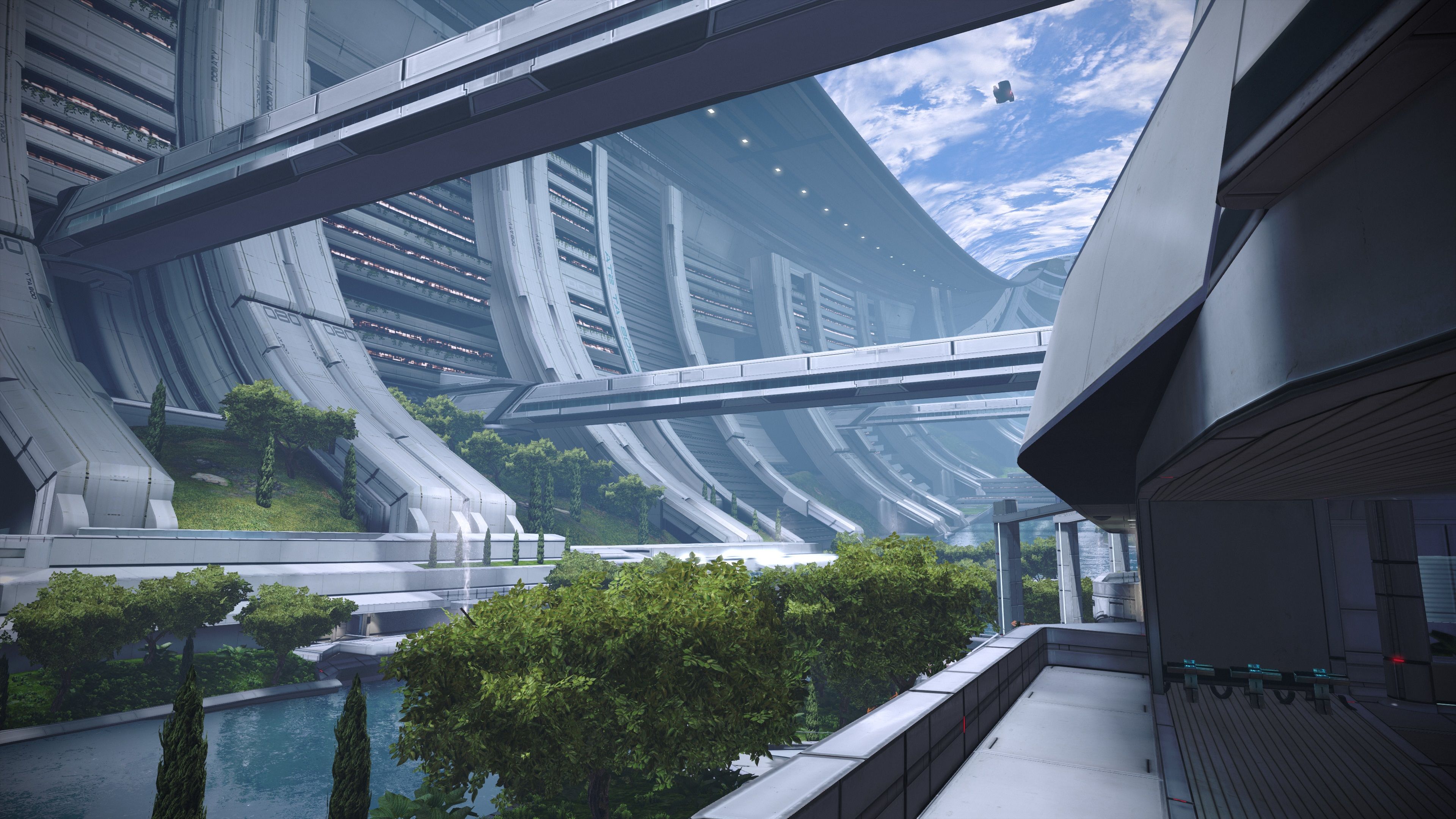 But I was happy to see this first game receive more than just a visual touchup. Actual elements of game design were tweaked too. This includes things like squad behavior and HUD coming more in line with Mass Effect 2 and Mass Effect 3. It also includes things like better weapon handling in combat. These were all things I immediately noticed. Cutscenes, in particular, saw some seriously great improvements to framing, lighting, etc.

The biggest compliment I can pay the team is Mass Effect 1 looks and feels like what I thought it did back when I originally played it. We are all colored by nostalgia. But so rarely do you play a remaster which nails what made the original great while embellishing those parts to match your perceived memory of that original experience.

In this regard, Legendary Edition makes the first Mass Effect required playing. The tweaks to certain locations are pretty substantial like the blinding blizzard on Noveria. This has the perhaps intentional effect of amplifying the epic scope of this first story which may not have been fully conveyed due to technical limitations of 2007.

Because of this, it’s safe to say Saren feels far more threatening this go around due to the remastering efforts. It’s certainly making me pay more attention and appreciating Mass Effect 1 than I perhaps did when I originally played it. Therefore, while Mass Effect 1 still may be the “weakest” of the trilogy, it’s still leagues above many games today.

Overall, the remaster work with respect to visuals, cinematics, animation, and general gameplay is exemplary. In this regard, Legendary Edition is the definitive way to experience these games if you’ve never played them before.

However, the story, characters, arcs, and quests are largely identical to the original games. Again, if you’ve played the original games like I have, there should be no surprises here. But given Mass Effect is all about choice and consequence (oh boy), Legendary Edition is a great excuse to dive in and make difference choices.

For example, I never played as Male Shepard. This means I never got to romance Ashley, Miranda, or Tali. I’ve been using my time in Legendary Edition to go back and experience the games as Male Shepard. And I have to say, while FemShep’s Jennifer Hale is the undisputed GOAT of the series, my time playing as Male Shepard has been refreshing. It’s an entirely new experience, and I’m enjoying differences in conversations with my crewmates.

One thing that hasn’t changed through the remastering work is the performances of characters, specifically your crewmates on and off the Normandy. If anything, the upgrade to visuals brings these characters to life more than before. Animation work helps enhance the already stellar performances to elevate these characters. As with the first time I played these games, I feel like these characters are my friends. I love chatting with Wrex and (more than) occasionally flirting with Miranda. 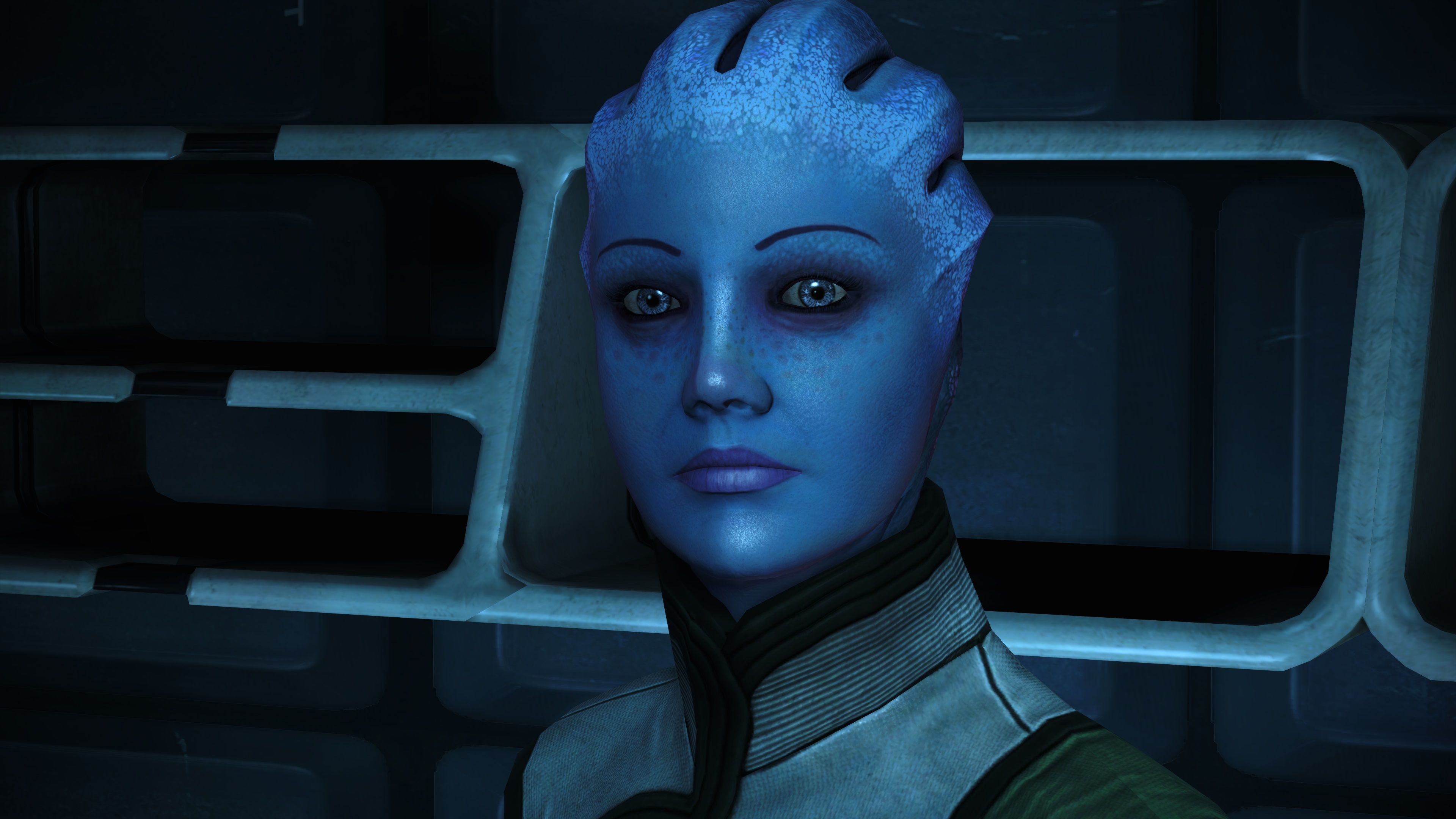 The audio is equally standout. Weapons all sound distinct, if not quite as kinetic as dedicated shooters like DOOM Eternal or Call of Duty Black Ops Cold War. Biotics sound great as well. During the heat of battle, I always know which biotic is being fired off purely through the sound alone. That glorious gelatinous wheaw of Warp never gets old and remains extremely satisfying (guys, bring Liara and Jack everywhere).

The music, oh the music. The music from the Mass Effect games is truly exemplary and improves game on game. In many ways, I feel the progression in music reflects the increasingly dire threats pressuring you through each successive game. By the time Mass Effect 3 rolls around, you really feel it. The track Leaving Earth – one of the first pieces of music you hear in Mass Effect 3 – is the single greatest metaphor for that game. The lone piano of humanity fights the long defeat against the blaring horns and percussion of the Reapers. That piece legitimately hits my soul every time I hear it.

The PC version is a mixed bag. From a performance perspective, the game runs beautifully. I’ve never dipped below my 120 Hz refresh at 4K when playing on an RTX 3080 and i7 8700k CPU. Paired with HDR, the upgraded visuals and cinematics really do shine. It’s not Cyberpunk 2077, but Legendary Edition still looks terrific and captures the visual identity of the original titles. Additionally, gamepad support is included for the first time.

Moreover, all three games share a largely similar set of options menus for audio, calibration, gameplay, graphics, and more. This helps create consistency and continuity as you hop between titles, or progress chronologically from one to the next.

However, the PC versions are grossly lacking in certain respects. For example, while primary and secondary key bindings are available, the number of selectable graphics options are extremely limited. There are no breakouts to adjust various post process effects, level of detail, etc. The biggest offender is unquestionably the lack of an FOV slider. 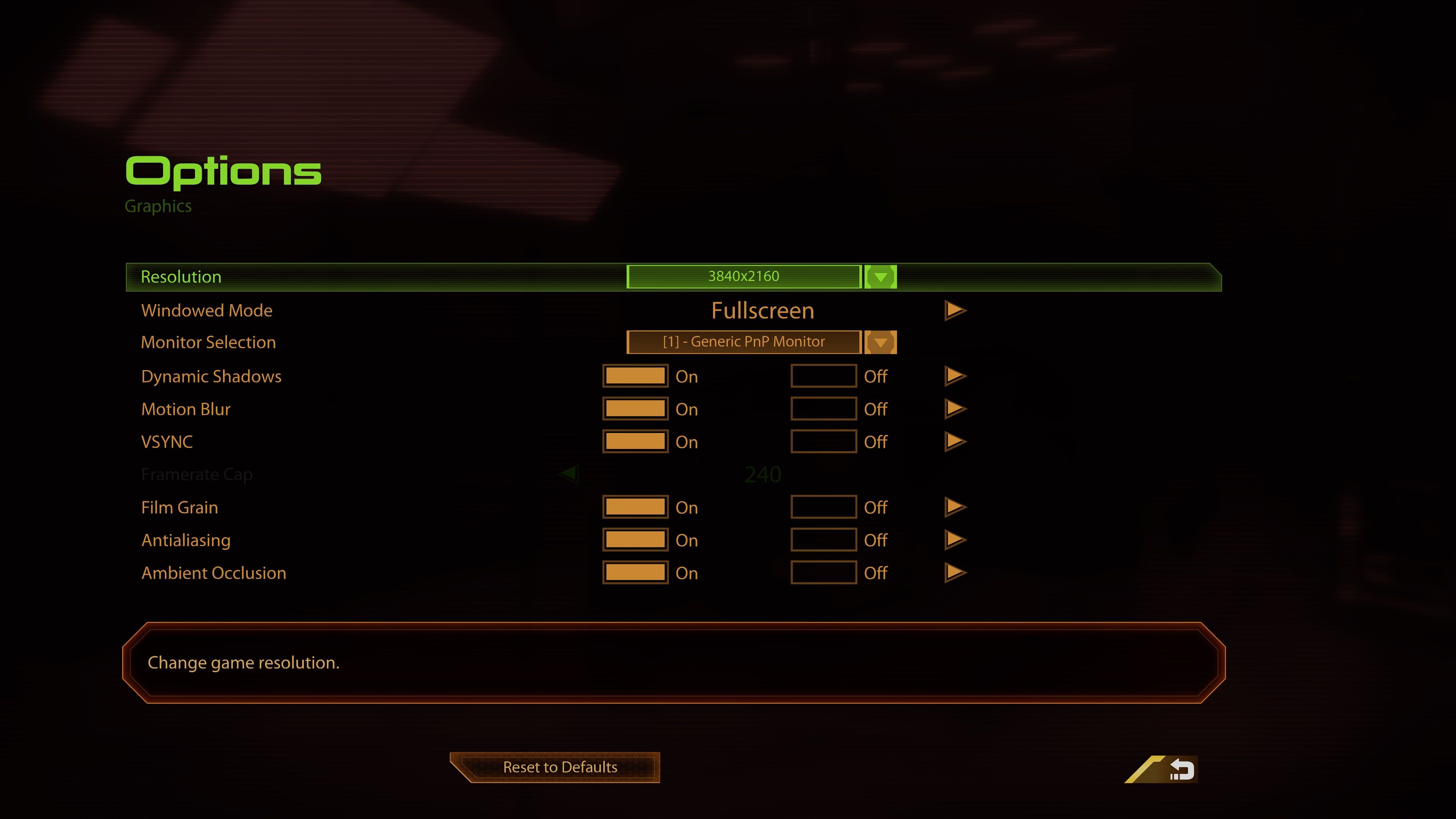 The camera is incredibly close to Shepard. This may be fine when playing from several meters away on a couch on a console. But we are PC gamers. At normal monitor distance, the claustrophobia is real. Fortunately, there’s a mod which allows you to adjust FOV across all three games independently. It’s incredibly easy to install. But that just makes the lack of FOV slider all the worse. If it is this simple to implement FOV adjustments, how is it that an entire development team wasn’t able to do it? I get Legendary Edition is a remaster, and there may be some technical limitations. But clearly, adjusting FOV isn’t one of these limitations as proven by a lone modder.

Similarly, there exists an almost total lack of accessibility options. Even the most basics like color blindness options are missing across all three games. Again, I get that it’s a remaster, and there may be technical limitations actually preventing this. But to not even have basics is not a good look from a team of professional developers.

Ideally, I would like to have seen menu narration, aim lock-ons, text to speech, and various other such accessibility options. Given this game is in HDR, having various vision-specific options would be useful and downright necessary. In this regard, The Last of Us Part 2 is still the gold standard for accessibility with games like Watch Dogs Legion doing a tremendous job as well.

Mass Effect Legendary Edition is a very interesting one to sum up. The games all look beautiful and run incredibly well. “I should go,” at 120fps never once gets old. The improvements to Mass Effect 1 specifically are greatly appreciated and genuinely do improve the experience over the original. On the other hand, limited PC options and a perceived neglect for accessibility are inexcusable, especially for a game releasing in 2021.

But most of all, replaying these games has made me sad. The Mass Effect series, Andromeda notwithstanding, are three of the greatest games of all time. The audacity in scope, characters, and storytelling is unmatched by any other trilogy I’ve played.

These games were BioWare at the height of their powers. BioWare showed us the culmination of everything they learned from their previous games and created a story truly epic in scale…and they actually pulled it off.

It devastates me, then, to know these games are from a bygone era. The BioWare which crafted these games simply doesn’t exist anymore. Replaying these three titles continues to hammer that point home.

I know I’m cherishing every second I’m spending within Legendary Edition. These games are a treasure and deserve to be recognized as such.

Disclosure: Code was provided for purposes of review.