This year, the Destiny franchise has entered into its sixth year of existence as the premiere first person shooter MMORPG. While it has wrestled year-to-year with how it lives out that definition, one thing remains the same: Bungie has developed for itself with a rich science fiction universe that is filled with stories and characters that, while literally and metaphorically alien, could not be more human. And in 2020, Destiny 2: Beyond Light is shaping up to be the expansion that the franchise needed.

In this review we will be giving a synopsis of the story without significant spoilers (i.e. story beats Bungie has used in front-facing marketing), an evaluation of gameplay updates, mechanics, and Ritual activities. Let’s dive in. 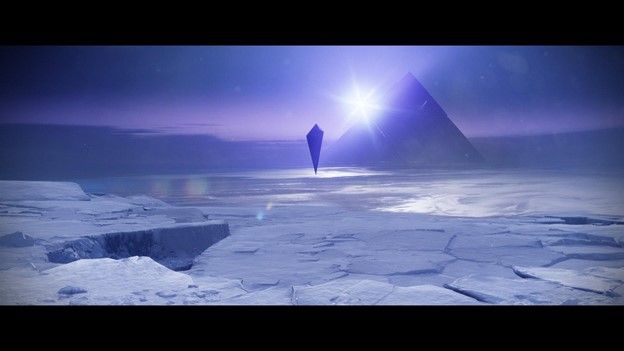 At the end of Destiny 2: Shadowkeep’s Season of Arrivals, we found ourselves staring at a grim future. With ships of Darkness flooding the Sol system, hovering over multiple strategic locations, and the Traveler still severely damaged from the events of The Red War, it seemed as though humanity was heading toward a second Great Collapse. In the void of despair, the Darkness beckoned: embrace power and find salvation.

But, then something happened. Ghosts and Guardians alike felt drawn back to the city. As Lightbearers and citizens of the Last City looked for the Traveler’s response, brilliant Light unlike anything seen before began to emit from its wounds and, after long dormancy, the Traveler began to heal! The power of this Light pushed against the Darkness and the Darkness responded.

Whole planets were lost and the enemies of humanity were offered the same boon: embrace power and find salvation that only the Darkness can offer… so it says. 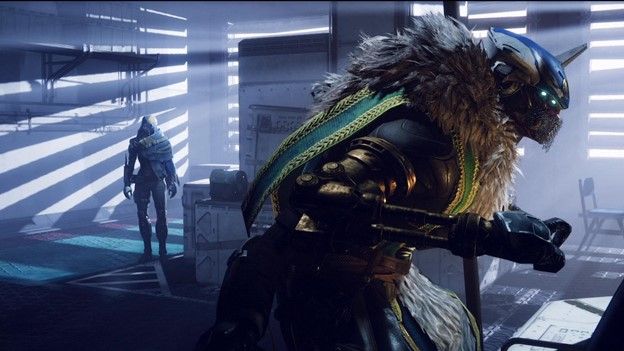 It is into this settling that we find our way to Jupiter’s icy moon, Europa, to uncover what the Darkness is actually offering. While investigating, we receive a distress signal from “an old friend,” Variks the Loyal… who has been anything but. Whether out of curiosity or a desire to put a bullet into another party responsible for Cayde-6’s death, our Guardian answers.

Scattered to Europa, the Eliksni (or Fallen, as we have known them throughout the series) gathered in an attempt to find a new home and unification of shattered Houses under a single banner. In the vacuum of leadership, Erimas, the charismatic, self-proclaimed Kell of House Salvation, embraces the call of the Darkness, forsaking her people's pursuit of the Traveler’s favor to exact revenge on the once-god of her people. 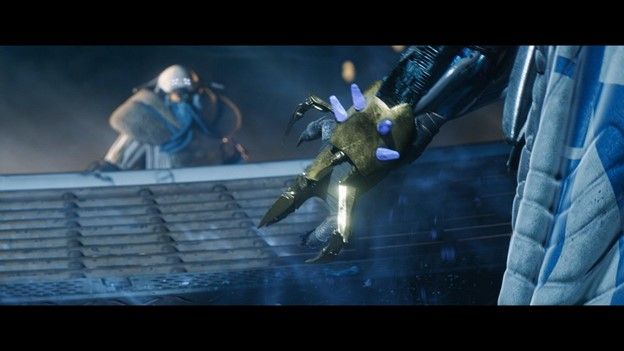 As we encounter Darkness-wielding Eliksni under Erimas’ command, unravel secrets from the distant past in long-forgotten Golden Age facilities, and reconnect with the mysterious Exo stranger, we discover more about the power offered by the Darkness: the power of Stasis. Manifesting to match Europa’s hostile environment, these icy powers have the ability to freeze enemy movement while damaging surrounding foes with shattering shrapnels. With every encounter, it promises us greatness, if we would only give in to its sway. After all, power like this is seldom given for free.

This is the journey that Destiny 2: Beyond Light introduces. How does it all work? 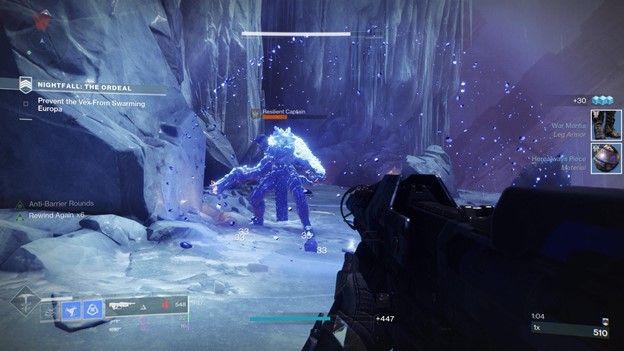 While the initial story campaign for Beyond Light is fairly short, lasting around 6 - 7 hours, it sets up the entire year’s worth of content along with providing paths toward progression. In the past, this would simply mean participation within Ritual Activities, such as the PvP-focused Crucible, PvE Strikes, or the PvP/PvE hybrid Gambit. You would run these activities to gear up for Raids or to participate in events for the seasonal gameplay loop. While this still exists, Beyond Light takes the gameplay loop into a different direction. 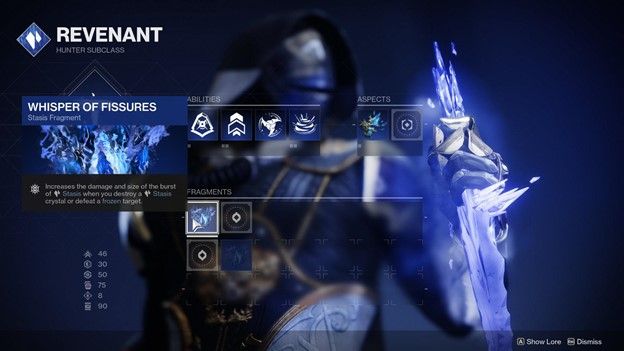 By the end of the story campaign, players unlock base access to the Stasis sub-class, but it can be developed beyond its starting point. As you progress through completing quests and exploration, you will unlock Stasis abilities that can be used to customize your grenade and melee attacks along with Aspects and Fragments. Aspects add new sub-class actions to Stasis, such as Shatterdrive - a ground-pound ability that will shatter enemies on impact. Fragments act as augmentations to your Stasis abilities. For example, Fragment of the Hedrons will give you bonus weapon damage against frozen targets, but it will cost you 10 Strength.

As you continue to develop this ability, there is a steady drip of narrative content. These moments are more than just conversations with planetary vendors at their home bases, they involve characters interacting within the games environments, much like you would experience in a single player narrative game. While these moments happen by completing activities like quests or Lost Sectors, each moment feels like a natural progression of the story rather than tacked on mini-episodes.

Even as Season of the Hunt begins, a smorgasbord of story and activities await players. Throughout my experience, I have encountered story beats that have only been trickling out into the lore community over the past six years in speculation. Details once obscure are being revealed with some incredible detail. 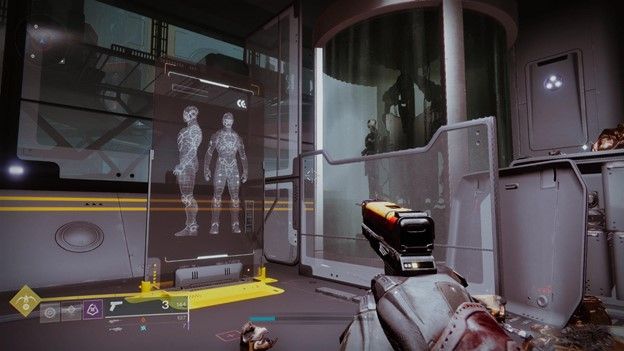 One major example of this is the wide reach of Clovis Bray - a Golden Age technology giant responsible for everything from the Warmind, Rasputin, to the Exo. What we discover on Europa is less about the company itself, the Bray family, and about the man behind the name, his ambitions, as well as the deplorable lengths he would go to for the sake of technological advancement. While we get to explore a bit of the Exo Science facility on the icy moon, the fabled Deep Stone Crypt awaits as Beyond Light’s first announced raid. 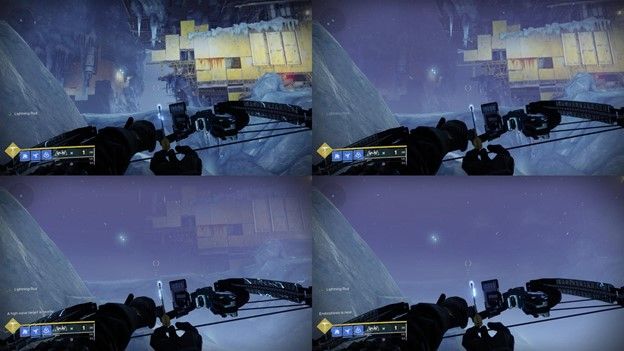 Speaking of the icy environments, Bungie took this opportunity to begin the process of retooling their game engine. One of the most notable features introduced into Destiny 2 has to be dynamic weather events. On Europa, players experience snow and wind storms which have enough force to push Guardians around, whether mounted or on foot. These storms can also dramatically obscure vision and communication with other players - if you are using the in-game voice chat. These weather events are stunning as they are dangerous to behold.

The updates do not end there, Gambit now has a unified gameplay mode which mixes elements of the original gameplay mode introduced at the beginning of Forsaken as well as Gambit Prime. This new Gambit mode is a single round, like Prime, while keeping the original’s format for Primeval fights. As someone who thoroughly appreciates Gambit, I am glad the mode received a facelift instead of getting vaulted… which we need to talk about. 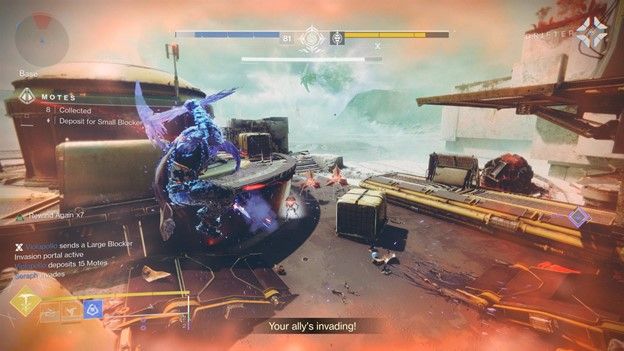 Several locations and activities from Destiny 2’s Director have been moved into what Bungie is calling the Destiny Content Vault (or DCV). The disappearance of these locations has been loosely tied into the story, but I suspect they will be lore points that we will discover at a later date. Bungie’s mindset surrounding these changes is that it makes room for revisiting different content, such as Beyond Light’s second “new” zone.

Players who participated in the New Light experience saw a glimpse of it this past year… and it was the same thing that fledgling Guardians saw for the first time in 2014: the old Russian Cosmodrome from Destiny’s initial release (Dinklebot excluded)! This was the first hint of an answer to a question long asked by the community about unifying the content of Destiny and Destiny 2. As a result, Beyond Light takes steps in that direction.

Revisiting these old haunts we are an incredible reminder of how the game has matured over time. With the addition of Lost Sectors, public events, and a new planetary vendor, Shaw Han, the Cosmodrome is quite nostalgic, but its changes create space for more stories to play out on its once glorious shores. If Bungie does this with each vaulted location or encounter, retools a bit here and there to freshen up the experience, I am here for it! If vaulted content just returns for novelty without any significant lore to back it up, that is going to get old. 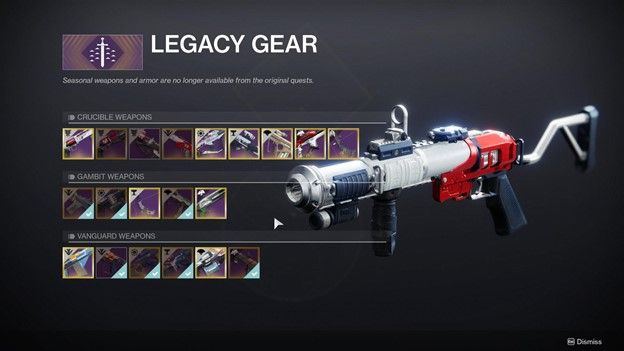 On that note of creating space, Bungie has made seasonal Ritual Weapons far more accessible to players. In the past, weapons that dominated the sandbox in both PvP and PvE were only accessible through completing specific quests within PvP activities. Ritual Weapons can now be acquired through Gambit, the Crucible, or Vanguard Strikes - depending on which activity you prefer to complete the quests within. The only difference between the weapons is what skin you acquire it with. While this removes the exclusivity weapons such as Recluse or Mountaintop, it does encourage players to invest the bits of Destiny’s that they enjoy rather than grinding away in less favorable activities.

In case you missed out on acquiring those weapons in the past, Beyond Light added a means to purchase them with in-game resources along with Exotic gear that would have been tied to vaulted locations or raids. While some of the old Ritual Weapons have their Power level locked to 1050, they still have some relevance within activities that do not take Power level into account. These items don’t come cheap, but they do give players a fantastic way to spend planetary materials and Glimmer that they might otherwise have stockpiles.

Not everything is perfect with Beyond Light. While playlists have been cleaned up a bit, the state of PvP in the Crucible has been shaken up with the introduction of Stasis. There have also been some bugs involving specific Exotic weapons as well as power level exploits that are reminiscent of Destiny’s infamous Loot Cave. If you happened to be around on launch day, it suffered from server stability out of the gate - like any good MMO on expansion day!

Even with these bugs and critiques out of the gate as well as the challenge presented by a global pandemic, Bungie has been active in dropping updates to the client as they continue to move Beyond Light forward into the Season of the Hunt, the release of the Deep Stone Crypt raid, and more. 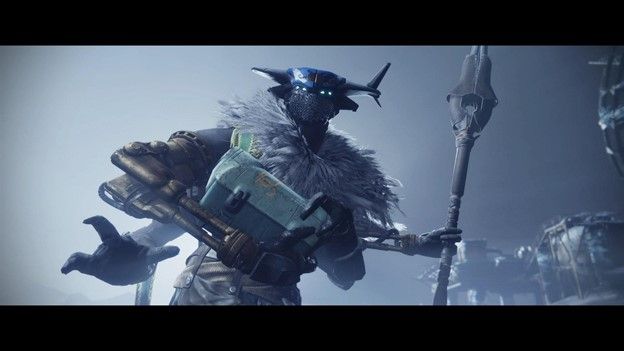 Beyond Light is an incredibly strong reminder that what Bungie has been delivering to Destiny is more than an expansion-a-year live service game, but an ever-evolving, grim dark world filled with rich lore, nuanced characters, and questions yet unanswered. While the plot has a mix of missed (or purposefully delayed) opportunities with developing some characters while creating some powerful, gut-wrenchingly emotional moments with others.

The updates to Ritual Activities, the sandbox shake up, and the new Stasis power set rattles what players have become accustomed to in a way that closely matches the narrative and, quite frankly, the state of our world in 2020. After all, in the wake of overwhelming Darkness, desperate plays for power, and uncertainty where we once felt invincible, it is on each of us to foster our strength in Light while assessing the places Darkness has impacted our lives. Both are a part of our story and neither should be ignored, but it is up to us to choose who we will let these moments define us.

Hold onto hope, Guardian. This is only the beginning.