Dialogue options. Choice and consequence. Branching endings. These are features one associates with RPGs. Indeed, they are a staple hallmark of any role-playing affair. Imagine my surprise when I discovered that these mechanics are also in Call of Duty Black Ops Cold War. And not only are they included, they are featured prominently. Well well. We have a game on our hands.

Not Your Typical Call of Duty

After a bit of a bombastic intro, you are thrown into character creation. Character creation. In a Call of Duty game. It was at this moment when I realized that this game may be different to Call of Duty games of old. You can select your name, gender, and skin tone. Even though the entire game is in first person and you never actually see your character, I love options like these nonetheless. It allows some player agency and, for players like me, injects some role-playing. I do very much love this.

Interestingly, you are asked to select your background and psychological profile. Both of these sections have a direct impact on your playstyle. For example, picking these psychological profiles give you perks like reduced flinching while hit. This is significant not because it’s inherently new, but that it’s new to Call of Duty. This seemingly small choice adds yet more player agency to a series built on stringent linearity, and I like that. 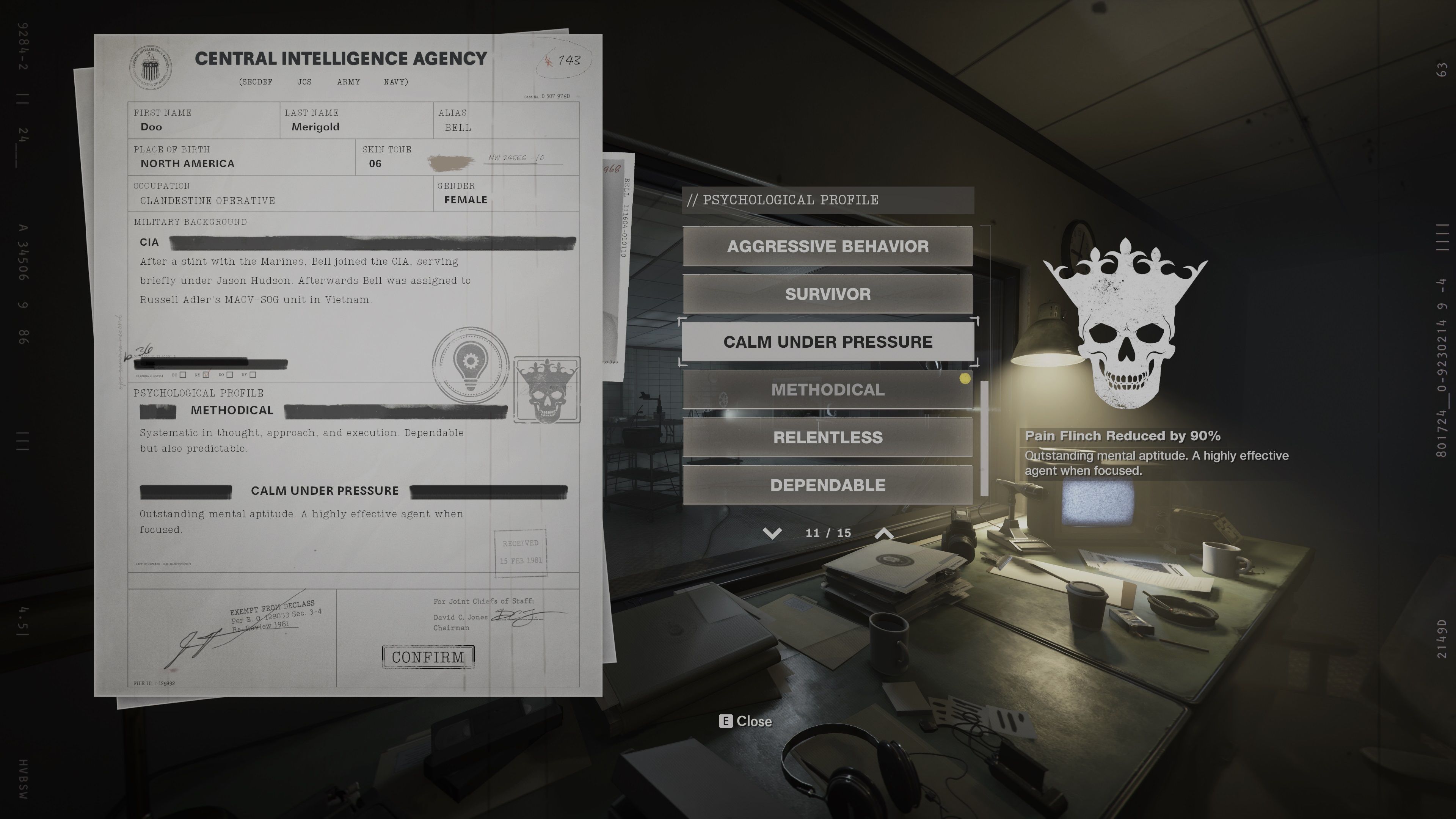 The story itself takes place during the Cold War in 1981. You primarily play as Bell, a codename given to you by your peers. The story was thoroughly enjoyable as you and your team work together to stop the end of the world via nuclear holocaust. You should expect the standard Call of Duty fare including bombastic set pieces, machismo, and glorious explosions as you traverse the globe.

But here again, Black Ops Cold War surprises. Almost immediately, you are introduced to dialogue choices. I simply wasn’t expecting this. But as soon as I realized what was happening, I had a massive foolish grin on my face. What’s more, you are just as quickly introduced to the concept of player choice through these dialogue options. 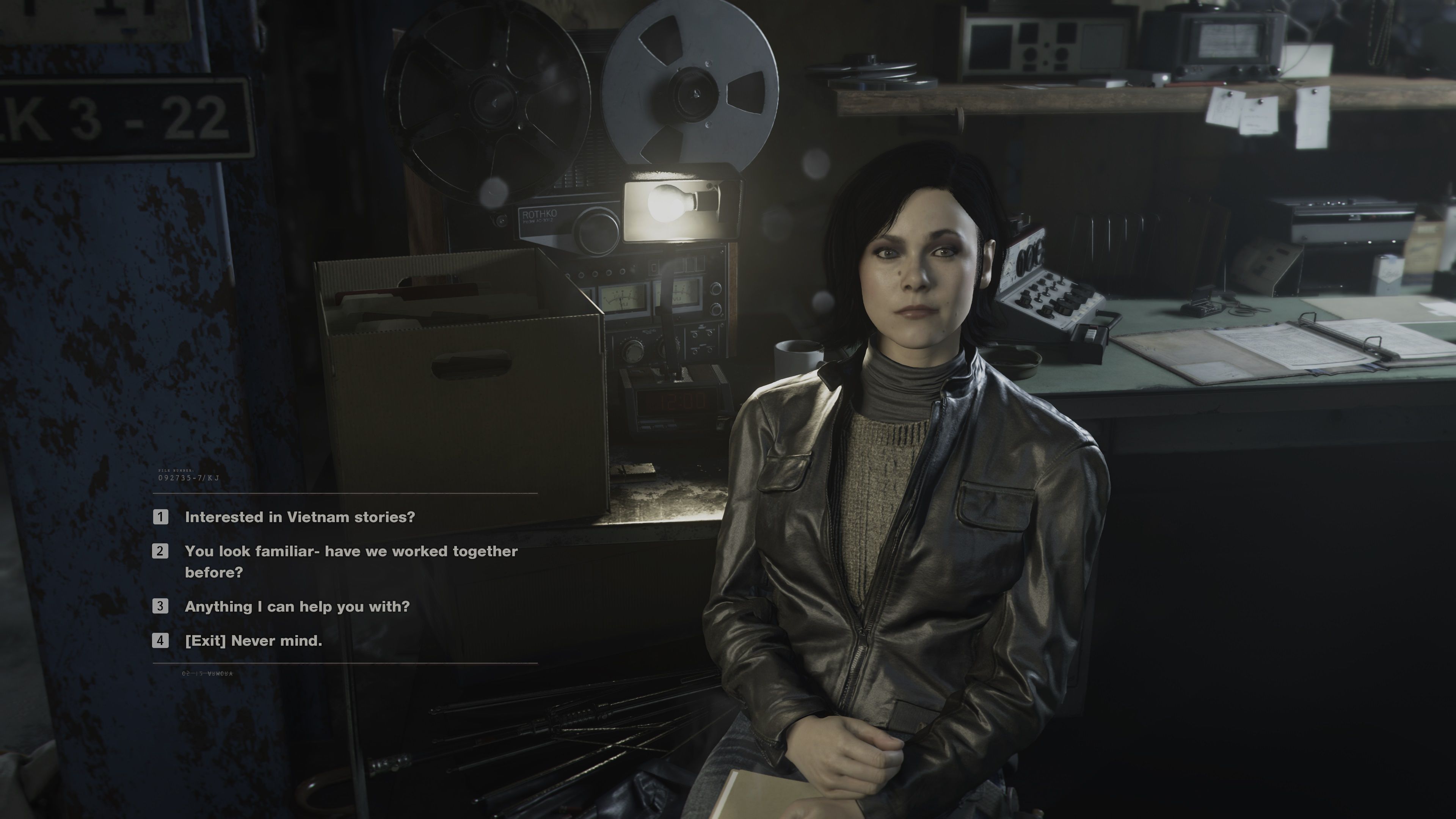 Such choice isn’t a one-off, either. You’ll face choices like these throughout the roughly six-hour campaign. And these choices have legitimate consequences which are realized throughout the campaign and the branching endings. I very much appreciated this.

Again, this is Call of Duty we’re talking about. This is a franchise known for its almost brutal linearity where deviation from the set path simply isn’t an option. Yet in Black Ops Cold War, deviation is a core feature.

A prime example of this was during a mission in which you were tasked with helping your allies covertly enter a government building. However, the manner in which you could accomplish this was open. This was the one mission where all these concepts – dialogue options, choice, and consequence – came to a head. Your dialogue choices determined which actions you could take. And even within those actions, you were given options as to how to enact them. This one mission was by far the most memorable in a campaign filled with brilliant missions.

If you liked the campaign with all its twists and turns from the first Black Ops, you will not be disappointed with Black Ops Cold War. The strength of the campaign is a result of brilliant mission design compounded by truly great player agency. That this is a first for a Call of Duty game cannot be overstated, and should be recognized for the unabashed audacity with which it was implemented. I hope this continues in future titles.

Gunplay in Black Ops Cold War is equally great, if not inherently new. The developers aren’t doing anything necessarily radical here. One gets the impression of if it ain’t broke, don’t fix it. And that’s perfectly fine in my book. For shooters, gunplay is everything. Playing in high framerates on PC with a keyboard and mouse provided a satisfying experience indeed.

Gunplay is more than just the feel of the guns. This extends to audio. Great audio design goes a long way in selling the heft of a light machine gun, and the lethality of a suppressed pistol. The audio design in Black Ops Cold War is exemplary. As a result, each gun sounded distinct and felt distinct. Grenade explosions were suitably punchy, a far cry from the dull thud of Call of Duty games of yore. Bullets whizzing by my head sounded dangerous and forced me to take cover sooner than I would have otherwise. Overall, the audio design is standout.

I’ll level with you. I genuinely despise multiplayer in Call of Duty games. I really do believe I’m one of ten people on this middle-Earth who plays Call of Duty for the campaign. But since we’re here, let’s talk about multiplayer. 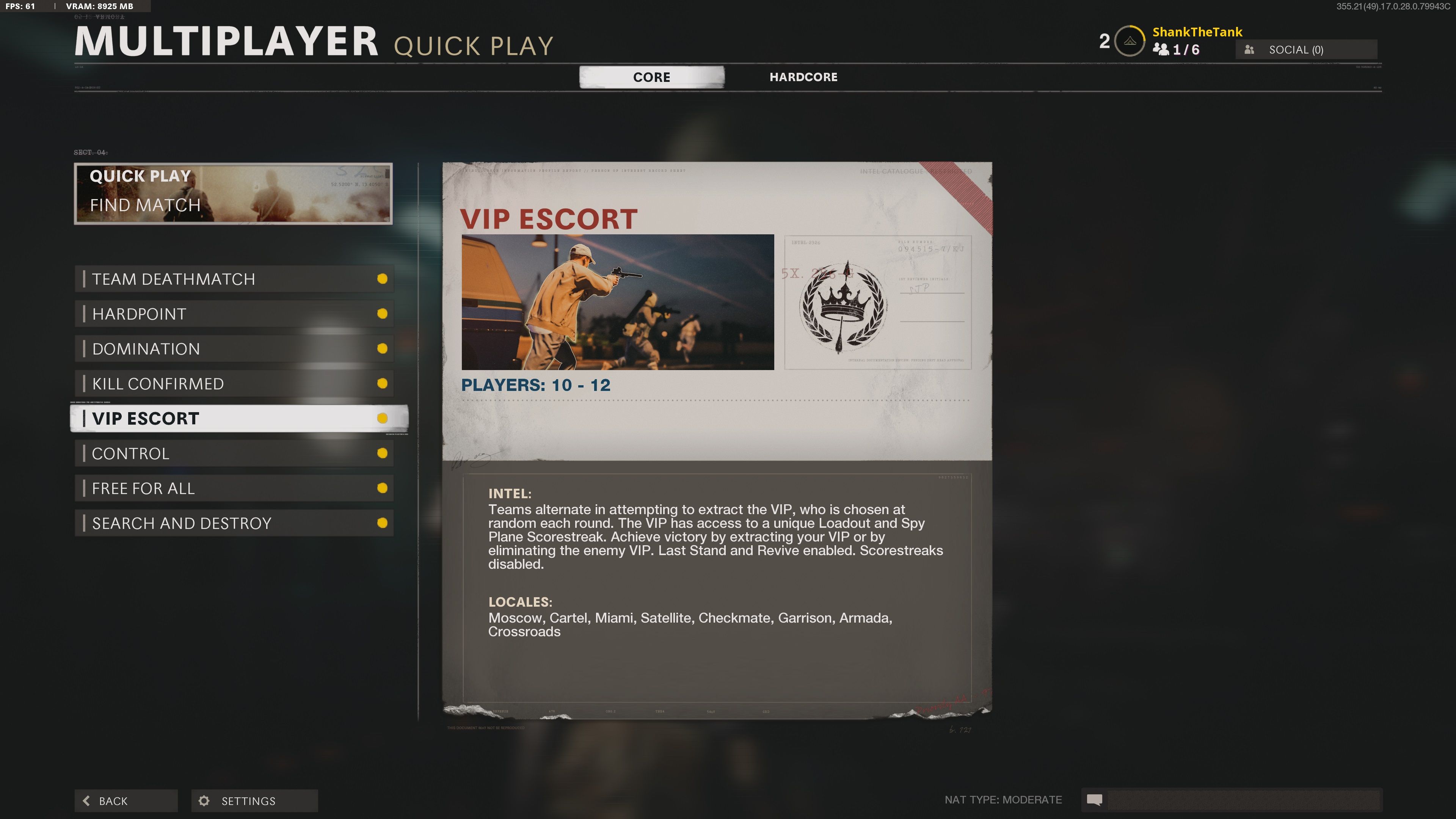 Unique to Black Ops Cold War is Dead Ops Arcade 3, a twin-stick top-down zombie shooter making its return from previous Black Ops games. This mode has a distinct retro style and feel which is very different to the rest of the game as you progress through various levels with pickups and the like. I did have some fun in this mode, but again, like with multiplayer, I’m just so done with zombies. Perhaps I’m too old school here, but I simply prefer a thrilling bombastic campaign with twists and turns over a tired multiplayer experience whose retread ground is so thoroughly worn.

You all know my thoughts on microstransactions by now. They have no place in a premium priced game, especially one which charges console gamers an extra fee for the next gen version of that exact game. 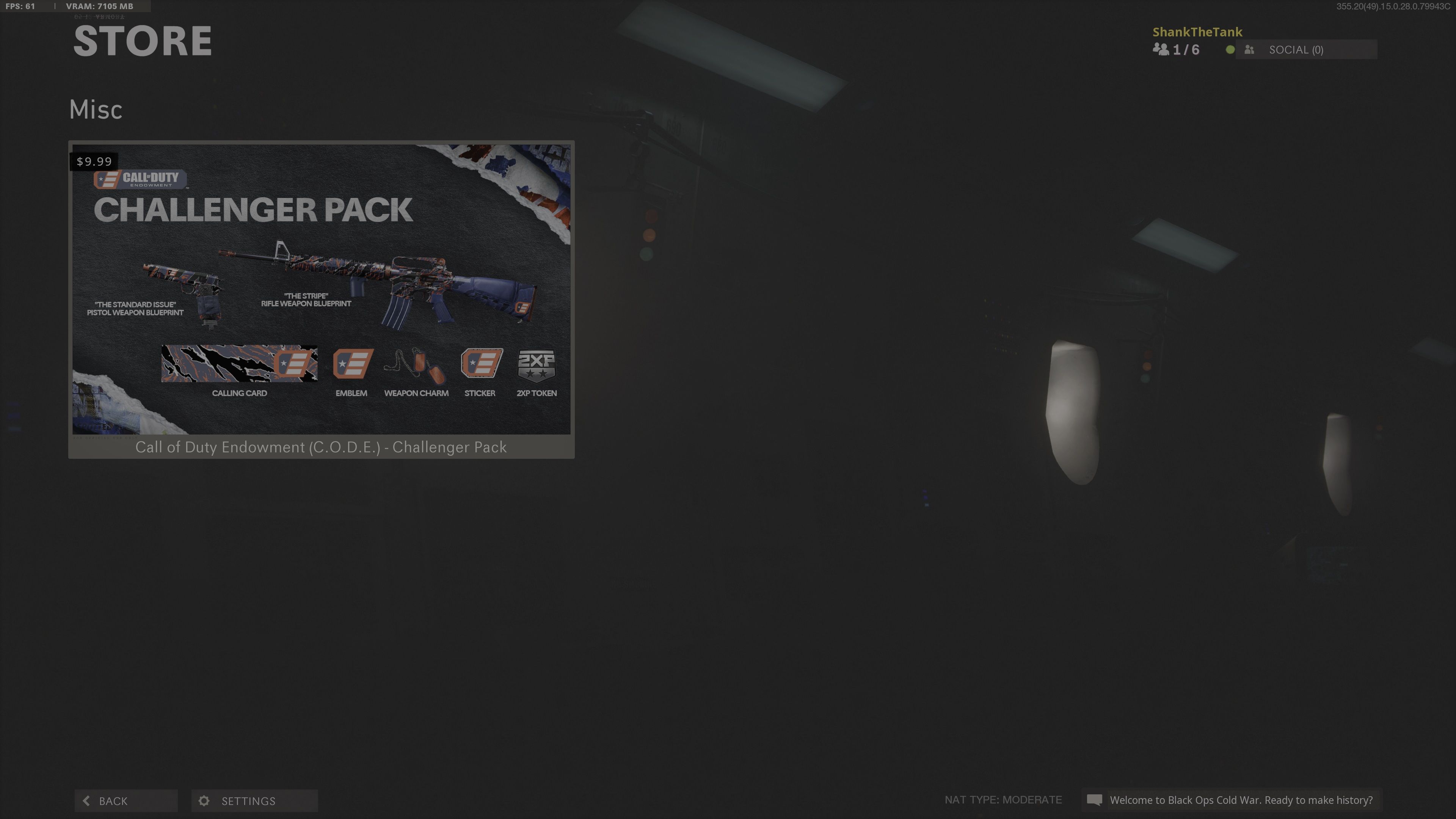 Like Watch Dogs Legion before it, Black Ops Cold War has multiple settings for DLSS: Performance, Quality, Balanced, and Ultra Performance. I stuck with the Performance option and cranked all ray tracing options to Ultra along with the other graphics options.

Barring a few temporary dips, my framerate was far above 60fps while playing at 4K output resolution on my i7 8700k and 2080 Ti equipped PC. The ray tracing is impressive. Ray traced shadows may not be as overtly noticeable or instantly sexy as ray traced reflections. But they do go a long way in grounding objects in the game. For example, look at the bulletin board below with ray tracing on and off. Traditional rasterization cannot provide such intricate shadows to such inconsequential objects like tacks, but ray tracing can.

Here’s another example. Notice how with RT off, entire objects like the pipe on the left are missing shadows. However, with RT on, everything has proper shadows. This even includes the paint peeling away from the walls. Ray tracing in Black Ops Cold War has a distinct cognitive effect on your perception of the world. While you may not overtly notice the ray tracing when it’s there, you will subconsciously recognize that something looks off when it’s missing.

Additionally, Black Ops Cold War once again proves to be a referendum on raw pixel count. It proves that DLSS should be implemented in every single PC game. DLSS has the obvious benefit of saving on performance which makes ray tracing at high framerates viable. But beyond that, DLSS is simply a vastly superior antialiasing solution in its own right producing better-than-native resolution image quality. Take a look at the image below. DLSS resolves more detail than the native image. In fact, you can distinctly make out cables in the bottom-most part of the image with DLSS On whereas those cables are completely missing when DLSS is disabled.

Fortunately, if you do not have a ray tracing capable graphics card, you’re still looked after. The team have done a tremendous job exposing a swathe of options along with tooltips, image comparisons, and VRAM usage to the user. Additionally, full key rebinds are present, along with various mouse options. These include multiple independent sensitivity settings for general mouse look, low-zoom ADS, and high-zoom ADS. Bravo!

The HDR looks fantastic as well. What’s more, the character models, facial capture, and animation are all excellent. Overall, the graphics are incredible. I would consider the PC port to be the indisputable definitive version of Black Ops Cold War.

Black Ops Cold War is brilliant. The campaign is thoroughly enjoyable in its visual presentation and bombast. The Cold War really is the perfect setting for a franchise prizing itself on set pieces, intrigue, and flair. This accomplishment is punctuated by truly unexpected features like dialogue options, real choice and consequence, and branching endings. I cannot stress how much I love these additions and wish for them to become a mainstay in the series.

While my frustration and bitterness towards the multiplayer remains stubbornly rigid in this most recent Call of Duty outing, it simply isn’t enough to impede my adulation for the campaign. If nothing else, you should play Call of Duty Black Ops Cold War for the campaign alone. I really do believe it’s a worthwhile experience, and marks a return to form for Treyarch of old.