The Baldur’s Gate titles have always held a special place in my heart, especially the Dark Alliance series. I remember I got my PlayStation 2 for Christmas in 2001, a year after the system launched, and unwrapped Final Fantasy X and Baldur’s Gate: Dark Alliance alongside it. My favorite game up until then was Diablo II on PC (and still is), and Dark Alliance immediately hooked me with its similar top-down perspective, real-time ARPG-style combat, and D&D-based leveling and skill system. When Baldur’s Gate: Dark Alliance II was initially announced in 2003, it was the most hyped I’ve ever been for a video game before. 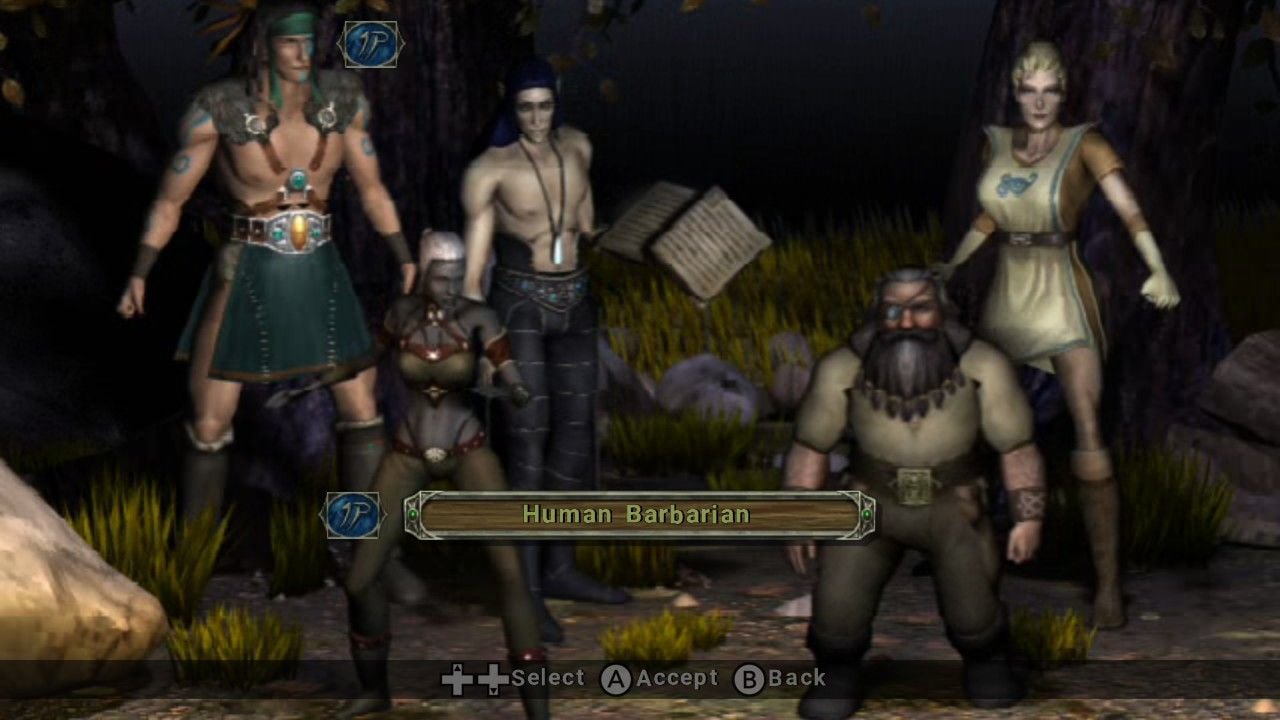 So what’s new with the Dark Alliance II remaster? Well, not much to be honest. New updates to the remastered port for PC include native 4K resolution, remote play support for online co-op on Steam, and has been Verified for the Steam Deck at launch (if you’ve been lucky enough to even get a Steam Deck). Sadly on consoles the only improvement is the updated resolutions. It’s ultimately disappointing that Interplay, and developer Square One Games, didn’t go further in touching up this classic with additional features such as including peer-to-peer online co-op or including toggleable cheats like God Mode, Insta-Kill, or Speed-Up Time like we’ve seen in several of the Final Fantasy remastered ports.

Interestingly enough, the original cheats from the original PlayStation 2 version do work in Dark Alliance II, including becoming Invulnerable, Level Warp, and immediately hitting level 10 with 500,000 gold. There are also tricks for abusing the co-op and character save systems in order to duplicate items and gold infinitely as well. It’s nice to see that the original coded cheats are still active, preserving the integrity of Dark Alliance II’s original version as much as possible, but I still feel like its options could have been expounded - or even simplified to be just an option in the menu instead of requiring holding down 7 different buttons at once. 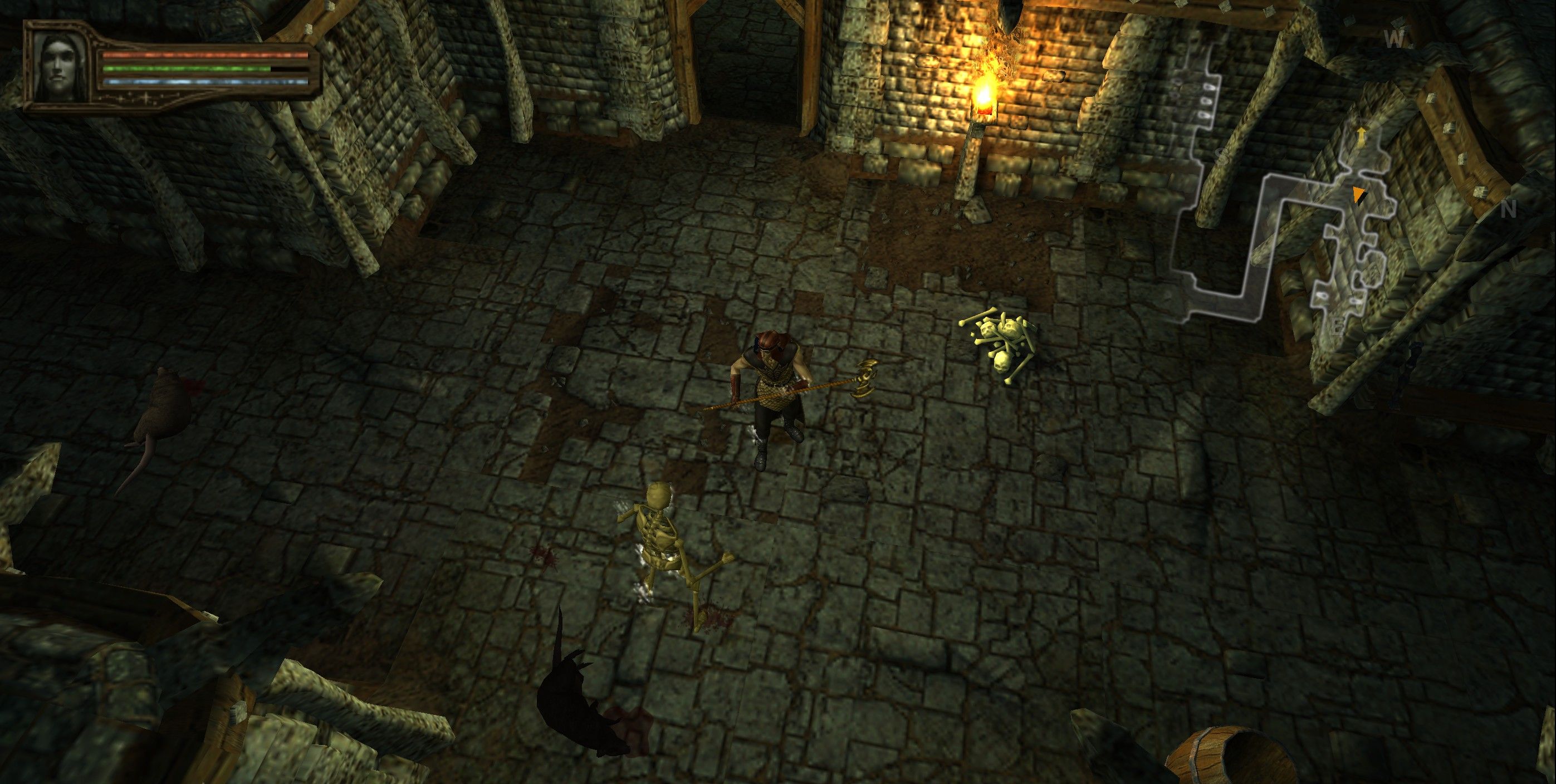 The lack of new additions doesn’t detract from the classic gameplay presented in Dark Alliance II though as it was still a very enjoyable experience for me to go back and revisit the streets of Baldur’s Gate, subjugating goblins along the way and uncovering a sinister plot to destroy the great city. I will say that the “classic” ARPG gameplay from two decades ago definitely hasn’t aged well, and the monotony of killing small packs of monsters did start to turn stale after several hours in. The combat is still clunky, especially melee combat, and doesn’t feel anywhere near the level of polish that I would expect from a more modern RPGs. That said, spells in Dark Alliance II are incredibly fun to play around with and many of them have the added benefit of often utilizing whole areas of effect (AoE) to deal damage, or will add additional missiles based on the spell’s level.

Which is why in revisiting Dark Alliance II I chose to play as the Necromancer class and opted to use ranged weapons, like the crossbow, in tandem with my skeleton summon and ranged spells in order to avoid melee combat as much as possible. The pathing and AI for my skelly-summon wasn’t great, and it would often get stuck behind crates or at doorways, but when it kept up with me it was fantastic for attracting mobs’ attention so that I could attack from a safe distance. Attacking from too far away often made my attacks miss, especially if the monsters were still moving around or otherwise engulfed.

The only difficulty with ranged combat is that trying to break objects like barrels and crates is virtually impossible, so I would have to switch to a melee weapon solely to break apart these items. This got very tedious given how many breakable objects there are scattered around each level. In hindsight it probably wasn’t worth the inconvenience, but ultimately I just wanted to collect every single gold piece, potion, and gear that I could get my hands on.

Now don’t get me wrong, fighting with melee weapons is still fine in Dark Alliance II but it just doesn’t feel as tight and easy to maneuver around enemies as it does to just stay far away and fire off some rounds of Magic Missile. In this regard, using a controller is the best way to experience Dark Alliance II, although PC players will still have the option of using a Mouse/Keyboard setup as well. Either because I’m already accustomed to using a controller, or because I find the Keyboard’s default keybinds to be uncomfortable, the controller configuration feels the most at-home to play. 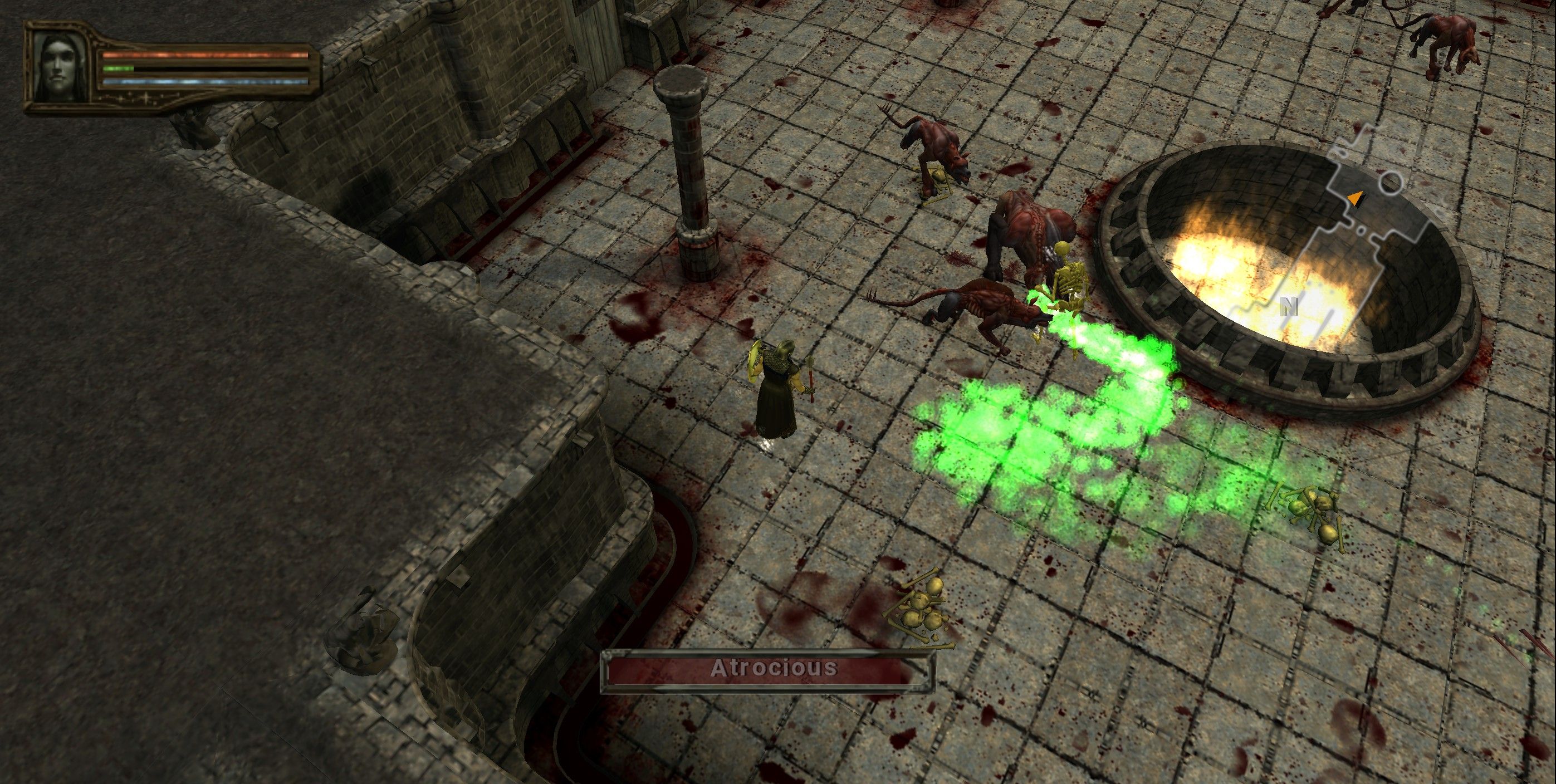 Those PC players may also be disappointed to note that the updated UI does not translate to larger screens, and both cutscenes and the inventory/skill screens will have black borders. Fortunately, Dark Alliance II does support ultrawide screens and even super-ultrawide 32:9 monitors. Unfortunately, the graphics and video options are severely lacking, with only a slider to adjust in-game resolution and virtually zero advanced graphics to go through to customize. Everything is pretty much locked into place. There’s no way to adjust the screen resolution setting, nor change between fullscreen or windowed modes. Thankfully, there is a Steam shortcut by pressing Alt+Enter in-game that will switch between a Windowed screen or Fullscreen.

This wasn’t a concern for me while playing on my Steam Deck though, as the resolution and graphical settings work perfectly on Steam’s new portable machine by default. Dark Alliance II is Deck Verified, meaning the controls work and that it’s been tested enough times to determine that it has zero to minimal issues running on the device. There were a couple hiccups that I encountered while playing on the Deck that I hope get ironed out sooner rather than later. Occasionally, at the first loading screen after having selected a save file to load, the controller would stop responding and I wasn’t able to Press A to Continue, or quit back to the main menu. I would have to Exit Game entirely and boot it up again in order to resolve this issue. 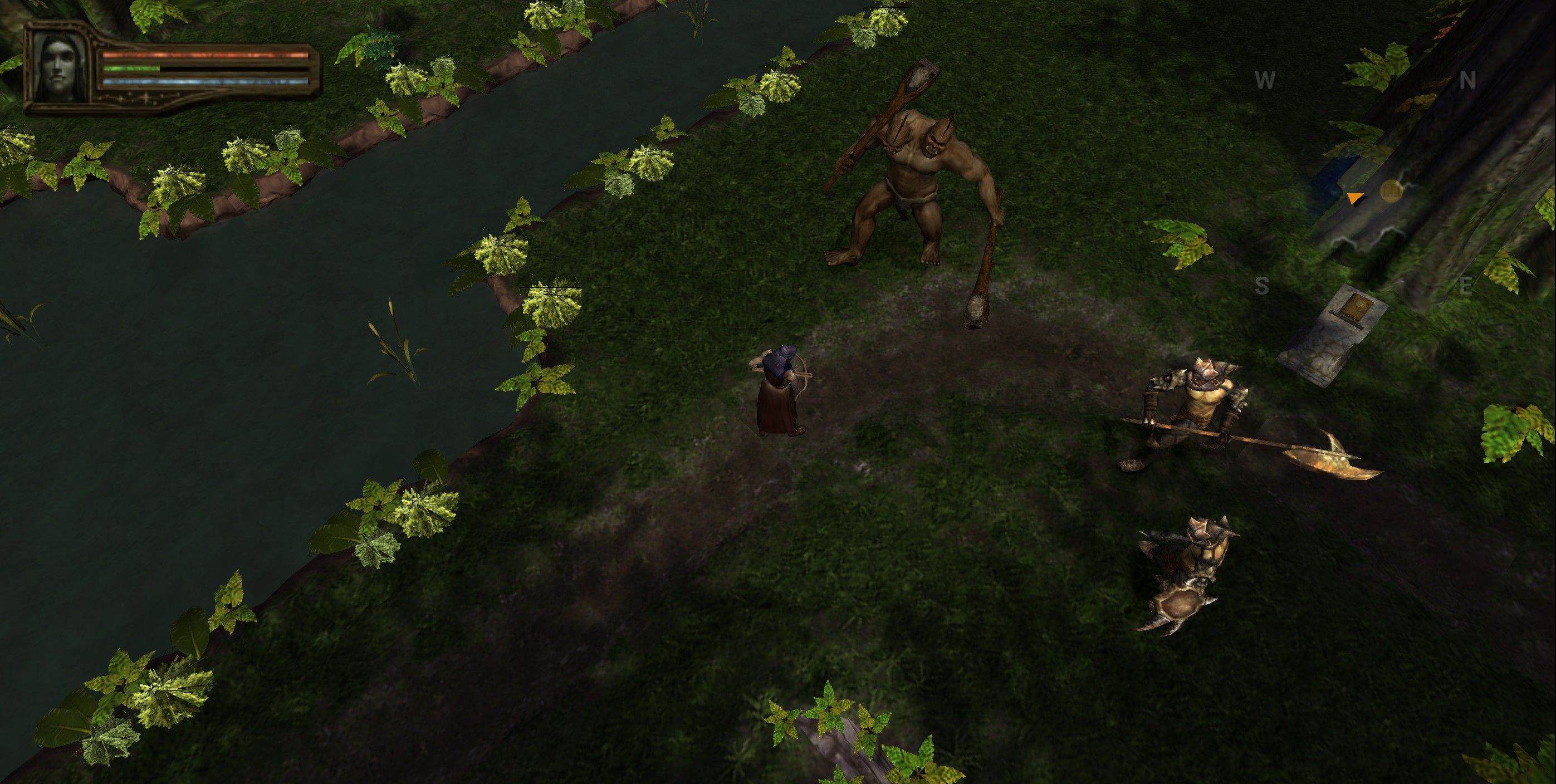 Likewise, sometimes the game volume will just completely disappear. This usually occurred after the Deck went to sleep and I would wake it back up. It was small issues like these that made me wonder where exactly the bar for quality control is kept at for Deck Verified titles on Steam. So far, these have been my only two issues on the Steam Deck, although there are still numerous bugs that I’ve experienced in-game such as getting my stuck between crates or items that will clip out or on top of other things that I couldn’t reach. These are small inconveniences, but every instance made me realize that Dark Alliance II isn’t as much a remaster as it is just a port of a classic for newer systems.

Most aspects of Baldur’s Gate: Dark Alliance II, such as its clunky combat and linear maps, haven’t aged very well. After playing remasters like Diablo II: Resurrected, Nier Replicant, and Mass Effect Legendary Edition it is clear to see that Dark Alliance II was only given the bare-minimum in remaster treatment. There’s nothing new to see here, just a port of an old classic. For some, I’m sure that this is all that they want or need, but for others I feel that it’s a shame Dark Alliance II hasn’t been modernized - at least a little bit - to bring the gameplay more in line with the times so that it would feel more accessible to newer players. Even still, Baldur’s Gate: Dark Alliance II’s price tag at $29.99 feels too steep for what it is. Unless you’re a diehard fan of the Dark Alliance series, I’d wait for a hefty sale before picking this up.

Full Disclosure: A copy of Baldur's Gate: Dark Alliance II on PC was provided by PR for the purposes of this review.