Over the past several weeks, I have been grinding my Asmodian Gladiator to first get into the Abyss, and then grinding some more actually inside the Abyss to rank up. I’ve relived a lot of my experiences from 2009-2010 when I first played Aion, and got a healthy dose of nostalgia. There’s been some bumps in Classic’s launch - and some questionable design decisions - but for the most part, the same original retail version is back. Here are my final thoughts.

I enjoyed my first week in Classic while everyone was given the subscription-based Siel’s Aura for free, and there was a palpable popularity with everyone jumping in at launch. After that free week ran out though, the servers started to feel a bit empty as more and more players stopped logging in. During my second week, I wanted to experience Aion Classic as a free-to-play player so as to experience all aspects of Aion Classic - both with and without the subscription. I think that the obvious way to play Classic is like it was 12 years ago, with the subscription, so since then I have had Siel’s Aura active.

Unfortunately, as a result of the dwindling player population in Aion Classic it has become harder to find PvE groups - especially at lower levels. You can still find some groups that rush the boss in Nochsana Training Camp (NTC), the lowest level instance available as soon as you enter the Abyss, but hardly anyone is willing to group up for anything below that. The player-base in Aion Classic, at least on the Siel server from my perspective, seems to be the same group of players that log in every day. This means a lot of the group quests for lower levels may go by unfinished, at least for a while until you either get lucky or go back when you’re a higher level. 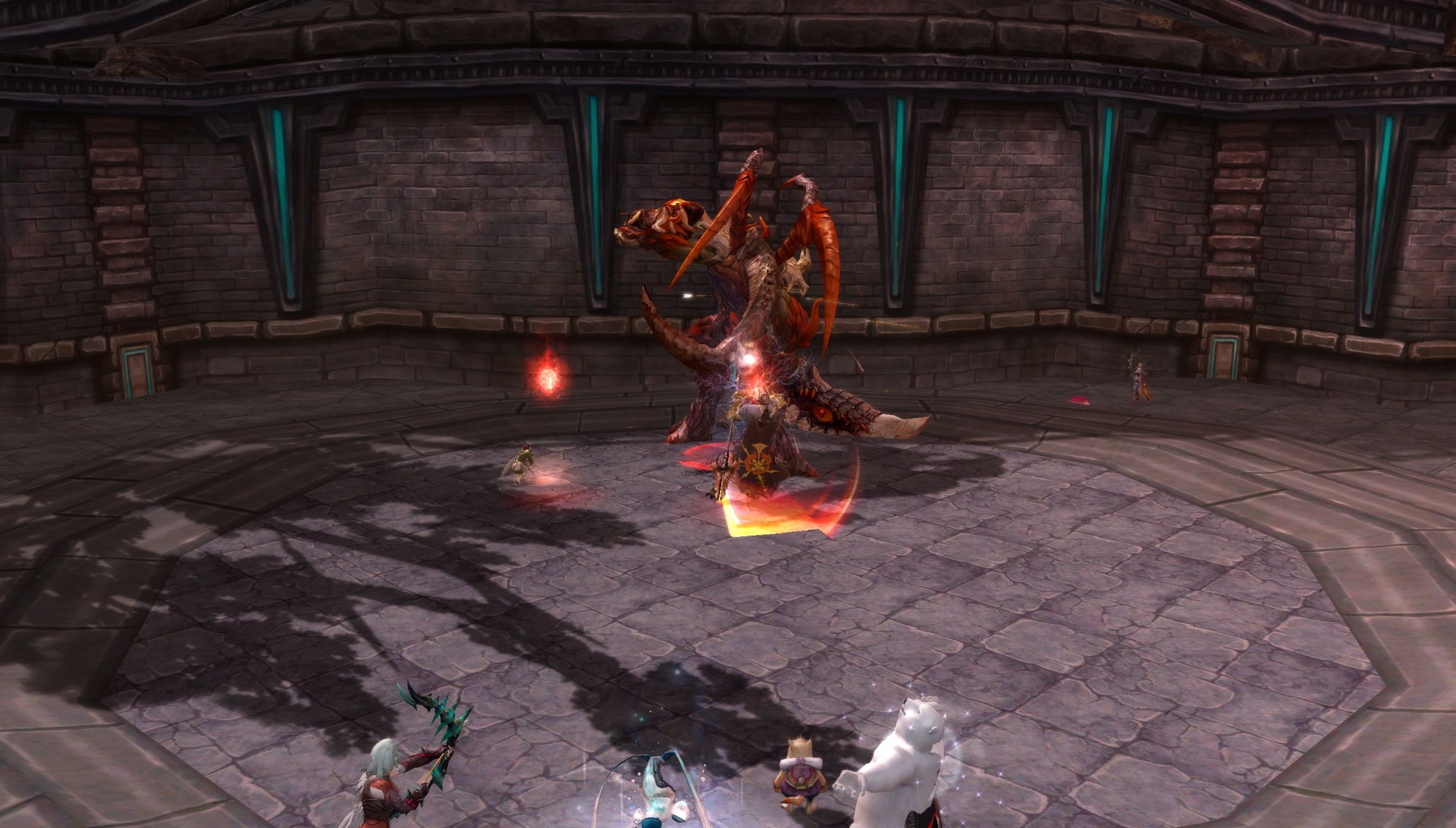 Regardless, the most fun in Aion can still be found in the Abyss, where the PvPvE landscape allows for the most interesting fights to occur. I get a rush of adrenaline anytime I’m cruising around looking for mobs to kill and I spot a lonely Elyos to gank. I’m not usually one to get into PvP - I much prefer challenging myself in dungeons and raids - but Aion strikes a fun balance in always having PvP enabled in the Abyss and also incentivizing you to play in the Abyss via the Abyss points and ranks. Of course, it’s never fun getting ganged up on by a full party of Elyos while I’m just trying to grind, but that’s part of the risk in the Abyss. Additionally, the Sieges in the Abyss provide chaotic, challenging group activities for literally hundreds of players to be able to wage war for control of a strategic landmark.

Combat hasn’t really evolved further at higher levels than what it was at around level 20 as a Gladiator. There are a few more buttons to press, but most of them are situational or have long cooldown timers so the main rotation stays the same. Which is fine; if it ain’t broke don’t fix it, right? But the repetitive combat combined with the repetitive grind to level compound each other and make for extremely dull, drawn-out periods of gameplay. There’s no global cooldown like in Final Fantasy XIV, but the skills’ individual cooldowns in Aion feel so long that it draws me out of the world. This is less noticeable when engaged in PvP - especially when flying around in aerial dogfights in the Abyss - since you are moving around more.

Sadly, those moments of PvP are sorely lacking right now. Without a stream of new players, the lower levels of the Abyss feel empty. Rarely do I see the opposing faction running around. Heck, even my fellow Asmodians are a rare sight. The only times that I really do see a lot of Elyos or Asmodians running around is during the Sieges. These events happen five times a week at specific times, which is great for scheduling, organizing players, and planning out the strategy for the Siege. There are more and more level 50s at each Siege though, which makes it really difficult for a low-level player to get inside and participate without almost immediately dieing.

Something I wish did get killed off is the ongoing Bot Wars in Aion Classic. The bot situation has only worsened since Classic’s launch. Not only are there still gold sellers (or Kinah sellers in Aion) rampantly advertising their sites - as well as bot-run player stores in cities - but now it is painfully obvious when there are bots either gathering resources or farming mobs. Many players are taking to the official Aion Classic forums about botting activity, or even how they are trying to grief the bots by challenging them to a duel and letting a monster get the last hit in order to kill them. 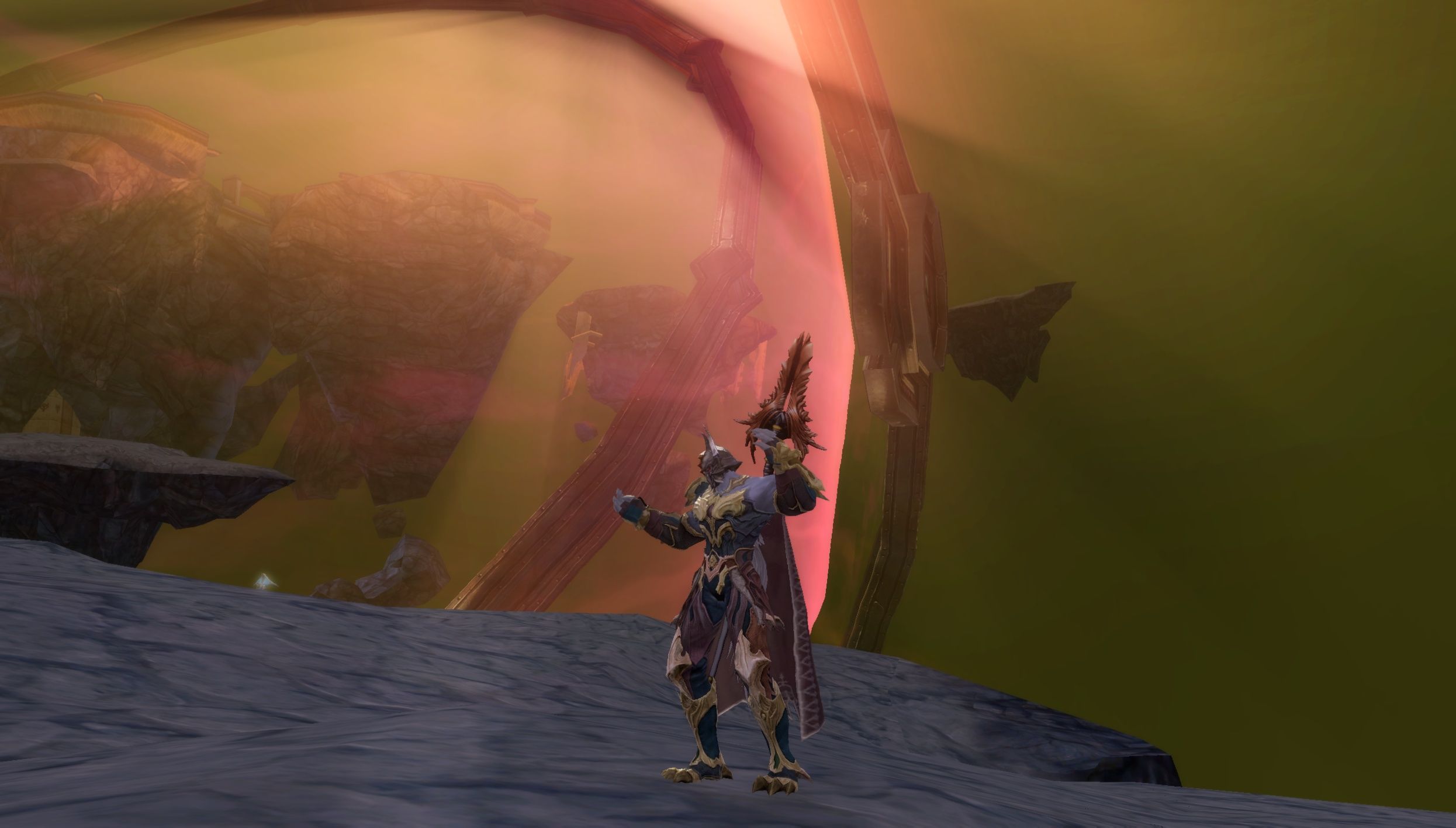 Players have questioned whether reported botting activity is even being addressed, to which a member of the Aion community team did comment, stating “After reading this thread I hopped on a call with my primary contact on the team which deals with these reports, and let me say that after our discussion it’s clear that we are actively banning bot accounts.” No hard numbers were given, such as how many bot accounts have been deleted so far, but it’s good news to know that there’s at least one person working on it. It does make me wish that Aion Classic was entirely subscription-based though, just like it was at the retail launch. This would, hopefully, weed out the bots and the gold sellers and only leave an intimate community of dedicated players.

Regrettably, I do understand that enacting a subscription-only MMORPG in today’s world would be tantamount to self-destruction. The free-to-play option is a nice appetizer, and can be valuable for those who may only have an hour or so to play each day. But if you spend any more time than that in this MMO, it almost necessitates paying for the subscription. There are simply too many aspects of Aion Classic that get revoked after that first free hour is up, such as gathering materials and earning Abyss points. As a disclaimer, NCSoft West did provide me with a 90-day code to use in Aion Classic giving me the Siel’s Aura buff for most of my time playing.

I have neither received a code for the Daeva Pass nor have I bought it myself, and I also don’t intend to ever buy it. It’s just not a valuable proposition for me personally, and it wasn’t originally a part of Aion so I don’t feel like it deserves to have any prominence in Classic. I understand that, to some, the convenience offered by the Daeva Pass might be worth the $30 extra every four weeks, but $45 is personally too much money to spend on a single game per month.

Aion has definitely seen a lot of big changes in retail from its original 2009 release to now, including 4 additional classes and whole new areas to explore, and it was fun to go back and re-experience the initial launch version in Classic without all of those updates. But it reminded me that MMORPGs as a genre have come a long way over the past decade plus, and I’m not too sure I want them to regress again.

It’s fun for nostalgia’s sake to go back and reexamine the past, but Aion Classic doesn’t seem so much like a “revisiting the past” as it does a “let’s hop on the ‘Classic’ bandwagon” that World of Warcraft started. As evident by the absolutely insane pricing for the Daeva Pass, Aion Classic comes across more like a cheap cash-grab than as a service to the fans. For my money, I wouldn’t recommend wasting your time in Aion Classic.