Late last week, the alpha went live for the next World of Warcraft expansion, Dragonflight. Like other early alphas, only a small portion of the expansion was available to play to get focused testing done. Unlike previous alphas, this first phase lasted only a few days and will be switching to new content before the alpha has been up for a week. This early look had the Azure Span, Dragonriding, Dracthyr, and Alchemy and Blacksmithing available for testing.

As a first look Azure Span was a great zone to start because we are pretty much dropped in the middle of the action. We were boosted to level 65 before heading there, so this zone probably falls about halfway through the leveling experience. The best description of this zone is if someone took Grizzly Hills and Borean Tundra and smashed them together to make one zone. After spending so much time in Maw-themed zones, Azure Span was a breath of fresh air. Additionally, the sound team has knocked it out of the park regarding ambient sounds. It felt like being in a lush forest or out in the arctic, and there were more than a few times I would stop what I was doing and listen to what was happening around me.

Since the Azure Span is where the blue Dragonflight makes its roost, it’s no surprise the entire zone is suffused with arcane magic; as such, both Khadgar and Kalecgos are around quite a bit. I don’t want to give away the storyline because it was exciting and had quite a few surprises throughout, but it was nice having both of them around again. Additionally, the Tuskarr were an absolute delight to work with. I’m hoping leveling will be balanced with doing side quests in mind because the side stories they told were quite interesting and often funny. Anyone interested in learning more about the inhabitants of the Azure Span would be remiss not to do all of the side quests.

When I first saw dragonriding during the Dragonflight announcement, I thought it looked quite similar to how the Griffon mount works in Guild Wars 2. Having spent some time on dragonriding now, I can say it is very similar, and a lot of my skills from the Griffon translated directly over to dragonriding. I wouldn’t say it’s a direct copy-paste; instead, it is heavily inspired by it. Dragonriding is a blast, though, and a very welcome addition to WoW.

Where things differ a bit is in dragonriding, there is a resource called vigor, which is used for abilities used during dragonriding. This resource recharges while on the ground (regardless of being mounted or not) or while flying at high speed. The downside to this is when I would run out of vigor and wouldn’t have the altitude to dive and gain momentum, all of a sudden, all forward motion would stop, and I’d float to the ground. This feels weird, and I would have expected to be able to glide even without vigor until I landed on the ground. The upside to having vigor is it allows for a whole host of other skills to be used while dragonriding. I’m looking forward to when we try out dragonriding with everything unlocked because that has the potential to be wild.

They also ensured we had access to each type of drake to ride, which was cool. However, I didn’t get the opportunity to go to the dragon barbershop and mess around with how different I could make them look. One interesting note was that many of the main storyline quests and some side quests rewarded unlocks for the dragon mounts. There were a lot of these, which makes me think we’ll start with the base model and very few or no customizations unlocked. I hope we at least get a few customizations unlocked when we first gain access to dragonriding, but if we get as many as I saw through questing, that’s not that bad either. 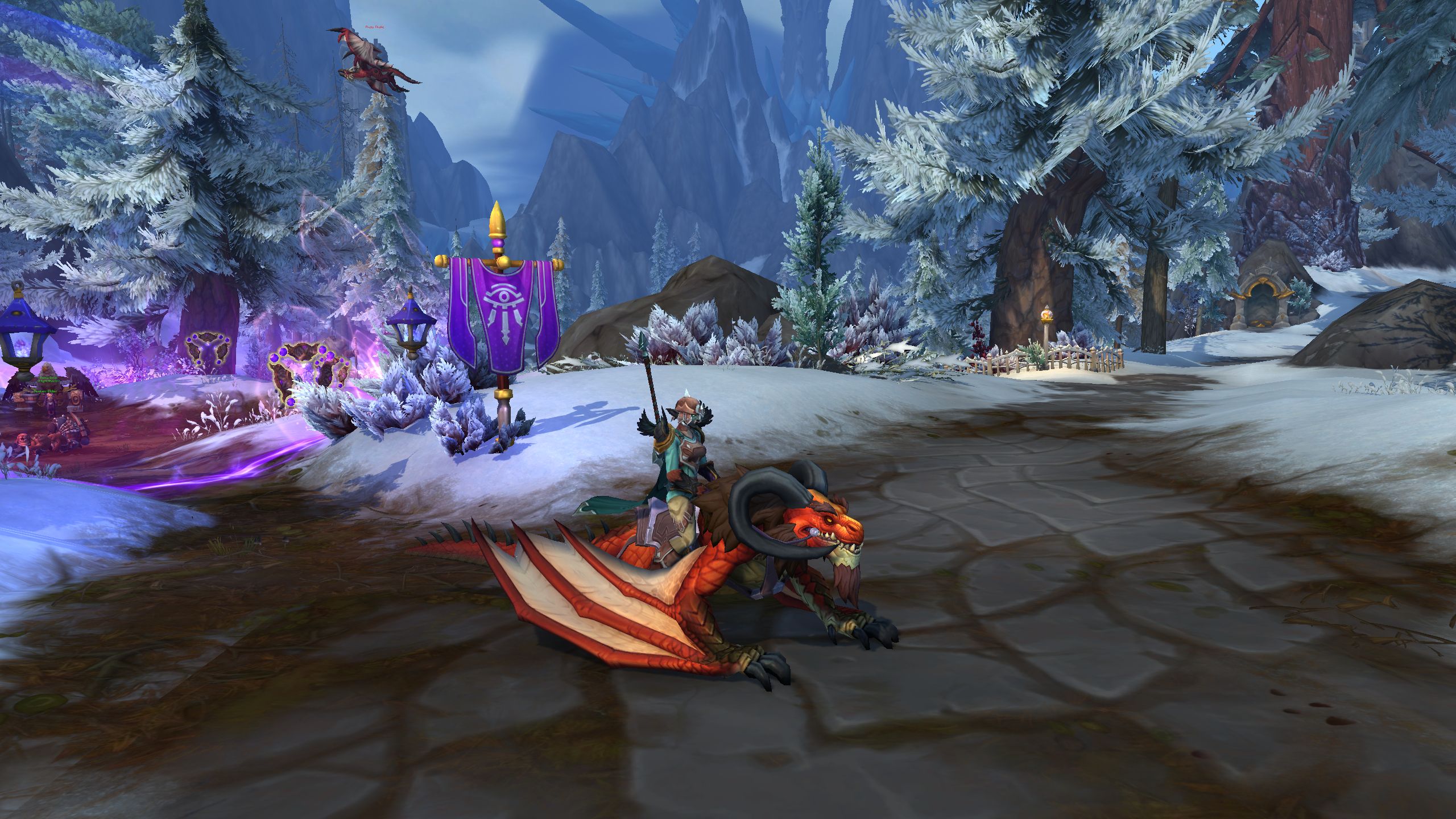 I drastically underestimated how many options there would be for customizing the Dracthyr. They have a ridiculous number of options, even more than Worgen does, counting both forms. For example, I figured there might be only a few options for the dracthyr skin color, maybe one shade for each dragon color. However, there are multiple shades of each color to choose from, plus a few others. For example, I wanted to make a green Dracthyr and had three different green options to choose from. I found it odd though I could select utterly different horn types for each form. I understand not wanting to have horns in the humanoid form, but having each form have completely different horn shapes seems odd to me. Nonetheless, I’m sure someone out there will enjoy having the ability to customize that in each form.

Honestly, the biggest letdown for me was the different body builds for each gender. There are four options, two slender and two that are more muscular. However, each option is very similar. Side by side, I can see the difference between them, but out in the world, it isn’t at all noticeable. I would really like them to increase the size/bulkiness of the fourth option by three or four times. Make it a much more significant difference overall, and then increase the differences for options two and three so there is much more of a gradient. It feels like currently, there are only two options because the only noticeable difference is between the first two and the second two. 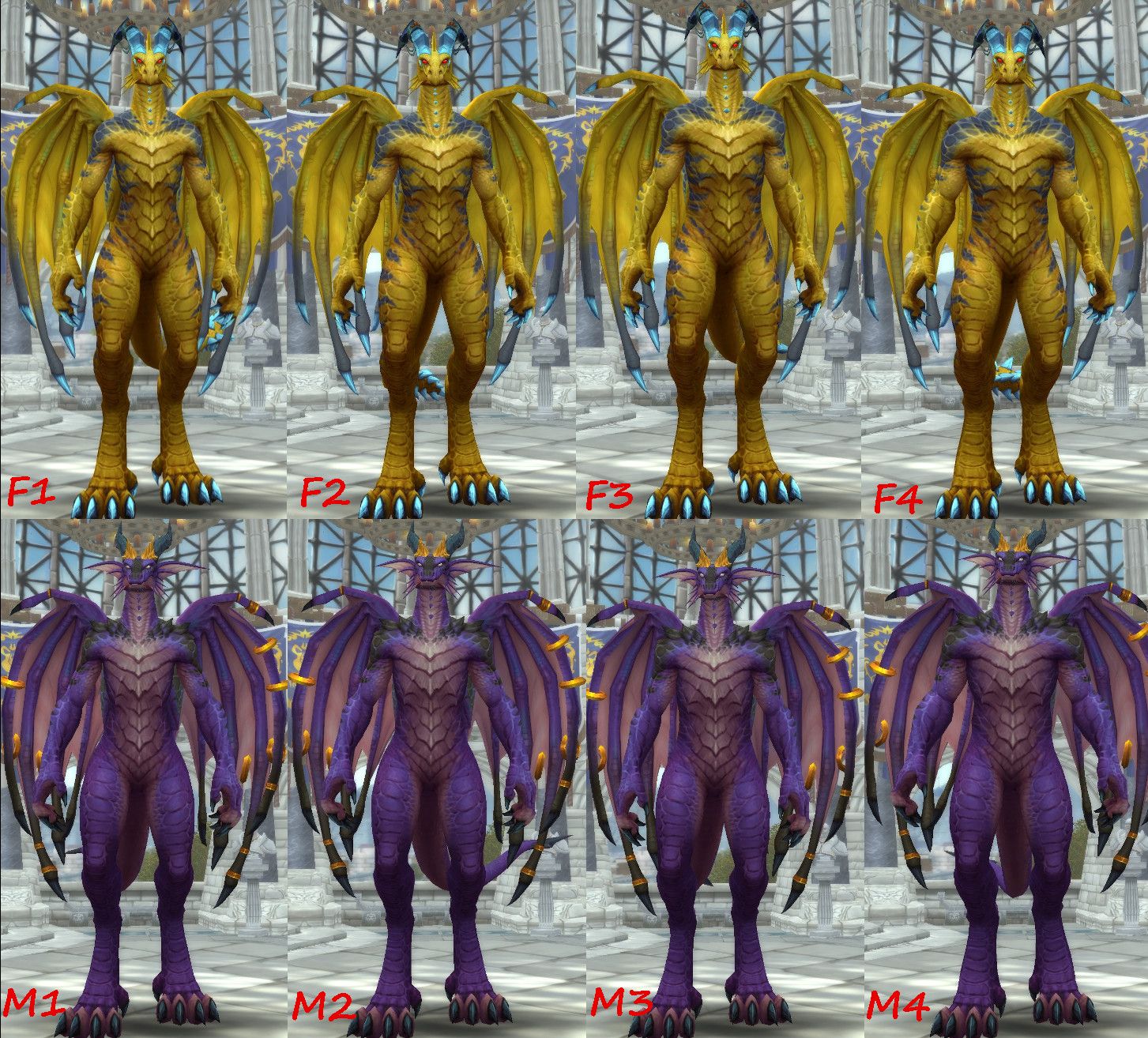 As for playing Evoker, it is an absolute blast. This is coming from someone who generally prefers to play melee and physical damage classes, but devastation evoker was just wild. I primarily focused on specing into the red side of the tree, which ups most of the AoE abilities, and once I got the hang of it, the abilities were fun. There are surprisingly fewer abilities that have to be held and charged up than I was expecting, but the ones that were there felt as if they were worth charging and often resulted in mad laughter as hordes of mobs died around me. Additionally, there are a few skills that I could hold down to aim, which was a little reminiscent of Diablo: Immortal.

I also noticed something interesting regarding combat and the visage form. With the red spells, quite a few can be cast from the visage form and wouldn’t switch me to the dracthyr form. As long as I initiated combat using one of the visage form spells, I would automatically turn back into the visage form when I exited combat. On the other hand, starting combat with something like Firestorm would mean that I would stay in dracthyr form at the end of combat. This is important because, aside from the fact I like the visage form more, being in visage form increased out-of-combat health regen. I was expecting to have manually toggle this every time I wanted to switch. So, it was a pleasant surprise to have some automatic control that I didn’t need to micromanage. 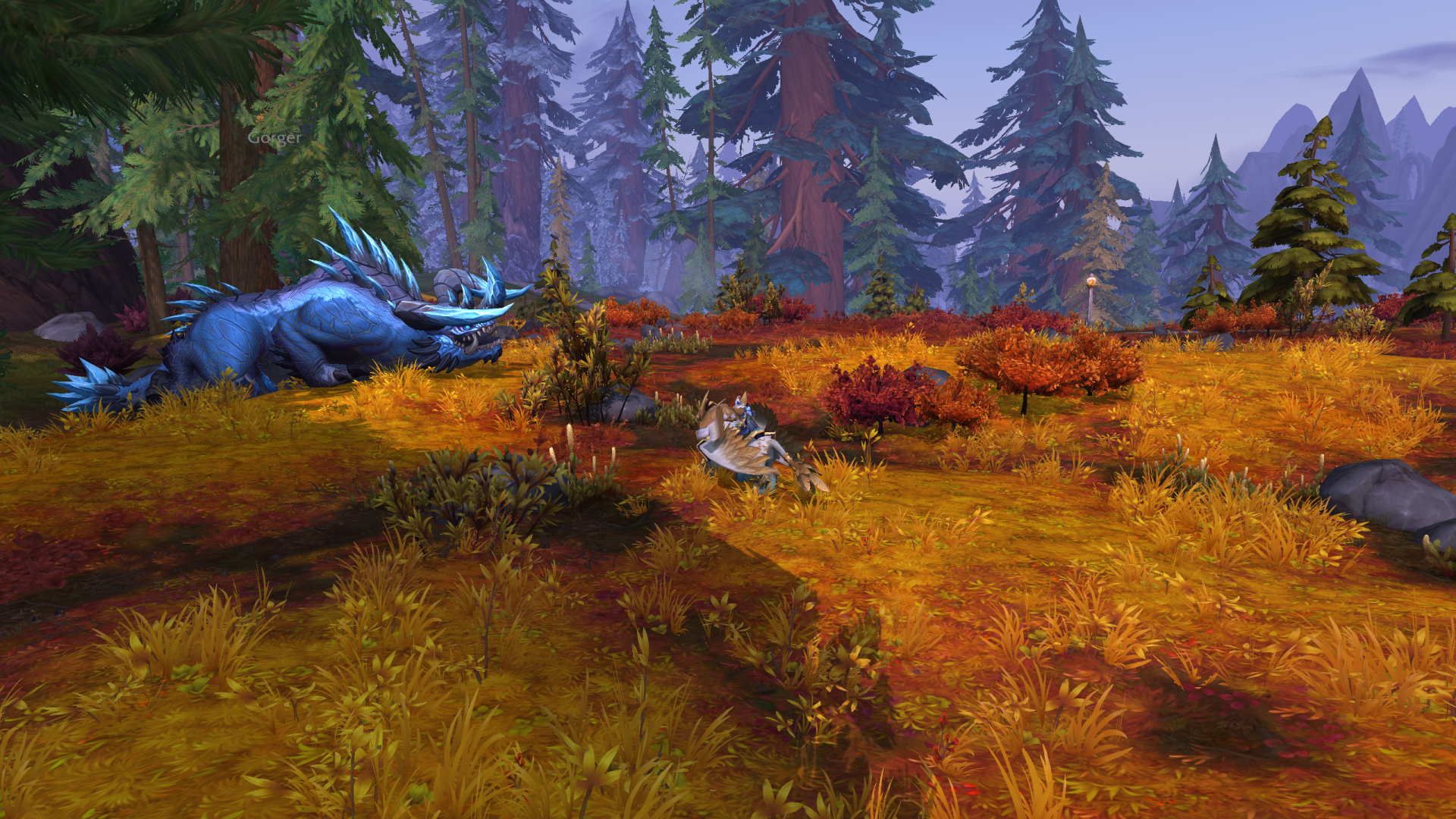 I used Alchemy a bit, but despite the new interface leveling up, the profession felt essentially the same as it did previously, so I didn’t spend too much time on it this time. Plus, the work order system wasn’t in for testing, and that’s the part of the profession update I am most interested in. However, the UI for professions is much better, so that’s good. Once each profession gets its focused testing, we should hopefully see everything implemented with the work order system.

I also created a druid to mess around with the talent trees, save different loadouts, and get a feel for how all that works. If you’ve used the default UI for creating different gear sets, then the process for creating a talent loadout will be very familiar. You select your talents and then save them and name the loadout. One nice thing is you don’t learn a talent until you hit the apply button. I hope that doesn’t get changed because it makes it much easier to try various things than how the system worked before the last talent redesign in Cata. One aspect I hope gets changed is there seems to be no way to create a new loadout without resetting all of the talents and starting over. This is a pain because I’m reasonably sure I will want a few different loadouts which are mostly the same with only a few different talent choices between them. Having to reset everything to accomplish that is a bit of a pain.

All in all, this was a great first look. Most things felt much more polished than I expected; however, some aspects still felt as if they were in an early stage. For example, in the edit UI mode, the only thing I could move around was the actionbars. For the default UI to have a hope of replacing UI addons, pretty much everything will need to be movable. Additionally, it annoys me that when I used the quick keybind mode, the keybind I selected doesn’t show in the tooltip when I mouse over the ability on the actionbar. That said, for a first look, this isn’t bad if they are indeed targeting an end of the year or early next year release date.