Recently released to the testing realm, Wizard101 has introduced it’s Spring Update for 2021. This update focuses heavily on more fine tuning, adding spell diversity to each school, and if you’re a marshmallow fanatic, boy do they have a treat for you!

One of the main additions to this update is the inclusion of two new key bosses. The lil’ marshmallow fellow is located in the mines of Karamelle, and will prove quite a mighty challenge for max level wizards. The reward for conquering this monster ‘mellow is a flaming hot marshmallow wand - but beware, he has some pretty nasty cheats (and a whopper of a health total, so make sure to come prepared!)

The other boss is located in Grizzleheim. He has three different difficulties, and is the new location for everything Grizzleheim Lore Pack related. This will be the area you want to farm if you are looking for those spellements for those spells. He also drops gear from the pack and the level is based off which difficulty you enter.

The other major chunk of the update is the continued efforts of combat balance for both PvP and PvE. For starters, there are now 14 new trainable spells, two for each class, which will diversify your spell choice. There have also been other spell changes, such as making every school blade 35% and every school trap 30%. Finally, and most importantly, there has been a rollout of damage and resist caps both for PvP and PvE. THis is to try and curb the offensive meta the game has seen for years now. For a full run-down plus more, check out this dev diary from one of the developers Ratbeard! 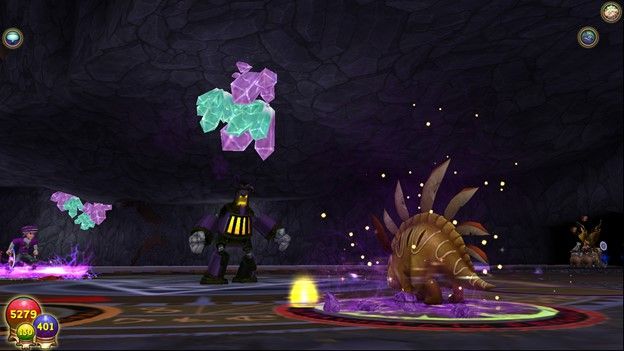 Besides these big changes, we also have changes to:

All in all, this is a really good update! While there might not be much on the side of content for this update, it makes up for it with the amount of fine-tuning and balance change sthat are in this, And as always, this is the test realm, so things can always change or be added - so keep your eyes peeled out for any changes that could be coming still.