Watch Dogs Legion’s upcoming multiplayer poses a few different questions for me, some of which were solved thanks to a hand-on press preview late last month. The major question was whether or not the premise of Legion: the ability to pick any denizen of London and take control of them to become working agents of DedSec would work in multiplayer, and just how fun and varied would those missions be to keep the online mode interesting.

Watch Dogs Legion’s multiplayer mode follows the same format of the main game, with a few twists at the start. Taking place directly after the end of the events in the single-player game, you’re thrown in the multiplayer world with your character preselected Bagley, DedSec’s quick-witted AI, is back to help you along the way. Tasked with setting up your own DedSec cell in near-future London, the on-boarding mission we played helped familiarize ourselves again with the world and controls of Legion. However, once back at the hideout, I was hooked up with three other journalists to start in on some of the co-op content present in the preview, including a new PvP mode – the Spiderbot arena.

Of course, the main selling point of Watch Dogs Legion is the ability to recruit anyone in London for DedSec. This is possible in Legion’s Online mode by spending resource points called Influence. This resource is earned through gameplay by ranking up when you complete various missions and more around the game world. Influence is a valuable resource, and potential recruits have varying Influence costs based on their skillset and loadouts. Influence isn’t just used for recruitment, however, but you’ll also spend this resource on upgrading gadgets and unlocking new ones.

We were given a bit more Influence at the start of our demo so we could experiment, but even then, it didn’t feel as though the Influence points went a long way. In total I only recruited three operatives – one of them an Albion employee who I ended up playing the most – and unlocked a few gadgets for my team before I felt like I needed to save what I had just in case something or someone really cool came across my path.

Our team of four dove into the various Co-op missions, which felt like they lacked some variety after playing a few of them in our play session. Go here and infiltrate this enemy location to find a server. Stand close to the server to access it whilst holding off wave after wave of enemies. Escape the location, sometimes needing to neutralize more enemies on the way out. Mission completed.

One of them felt memorable as we stealthed our way into an Albion stronghold to access some servers, feeling proud of ourselves for not tripping any alarms – something that I normally do – only for it not to matter as the moment we started accessing the servers we needed to interact with, wave after wave of drones were sent our way. 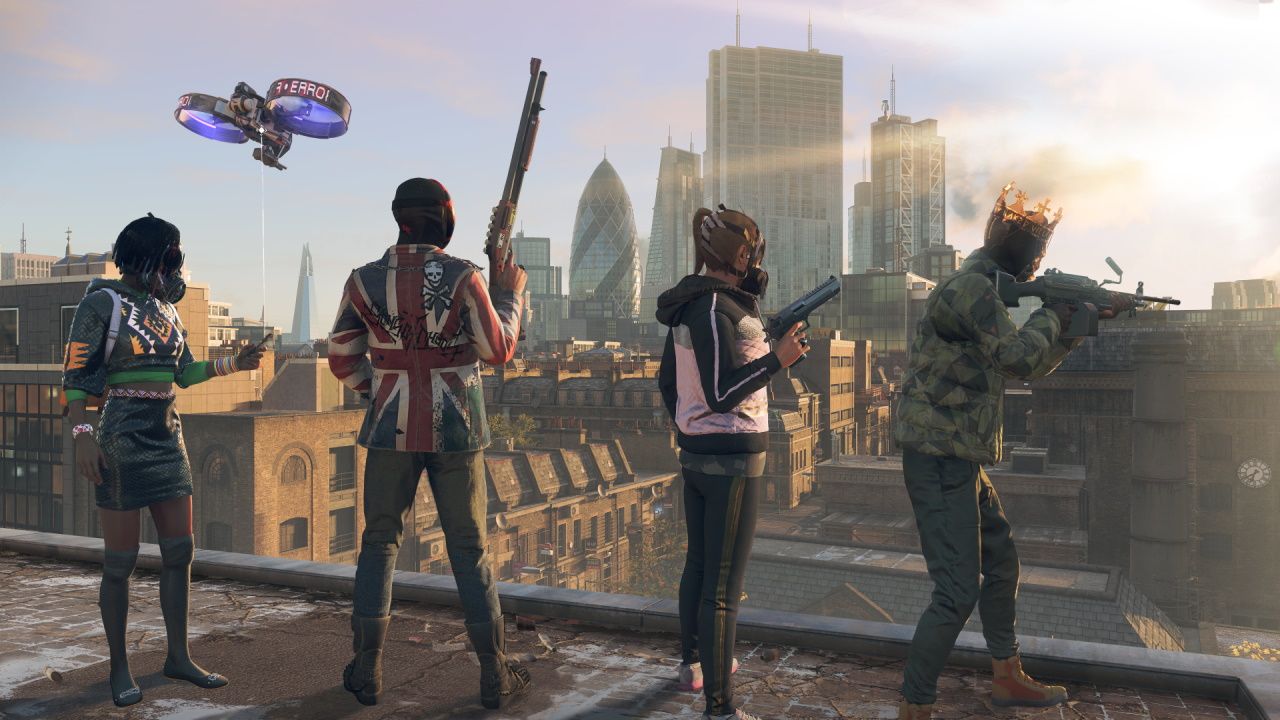 Another mission had us in what felt like an underground parking garage, erasing a server in the middle of the garage floor, all the while having to hold off wave after wave of Red Blade personnel. This one ended with a bang, however, seeing our team escape the location on a speedboat, taking more Red Blades with us.

They were fun in the moment, but I do question how much replayability these missions will have with my group of friends over time, especially as they all start to feel a bit the same. While we could approach the missions any way we wanted to – either guns blazing or through stealth and secrecy (having Albion Uniformed characters really helped there), they all seemed to end the same way: Us fighting our way out through waves of never-ending enemies.

However, where the regular co-op missions felt pretty much the same after a while, the Tactical Ops missions were more up my alley. These mission are five connected missions telling a story, one leading right into the next. We had the chance to play all five of these missions and they were much harder and required more strategy than the standard co-op fare.

The first mission had our team splitting up, having to download credentials from servers from two separate locations. Our team roamed London, having to figure out the best way to infiltrate these Albion strongholds and survive long enough to sync up our downloads.

It was hectic, holding off waves of enemies while we downloaded the data at both sites and then having to successfully escape and regroup. It started to feel a bit familiar actually, like the co-op missions we had just completed, but the second mission proved that these won’t just be simply rinse and repeat tasks.

The second mission of the Op saw us having to figure out the best way to both evade and then destroy a group of Bloodhoud drones. These things hit hard, essentially one-shotting each member of our team if we were caught. Our team figured out a good strategy for dealing with them through trial and error, having to restart this mission quite a few times until we figured out the best way to evade capture and get the data we needed by investigating already downed drones.

Then came the time to kill them, with these drones requiring you to upload a virus code to incapacitate them first, then hit specific weak points on their body to deal damage. It was hard, but we felt rather triumphant once we finally passed this mission.

The Tactical Ops felt a bit like the heists in Grand Theft Auto Online, though not nearly as intricate. The stories for the missions themselves are interconnected, but they don’t seem to have as many moving parts as GTA’s heist missions. My hope is that, over time, these Tactical Ops missions can get more complex and require even more pin-point coordination to pull off. As it stands, these missions themselves – which only took about 5-10 minutes to complete (though the Drone one took us nearly 20 minutes or so to finally beat) – may also not offer the level of replayability one might look for in an online mode with friends.

However, the Spiderbot Arena, the first PVP mode coming to Watch Dogs Legion Online is an absolute blast. This free-for-all, four-person bot arena pits the tiny Spiderbots against each other, dealing destruction from a far to see who is the best Spiderbot out there. 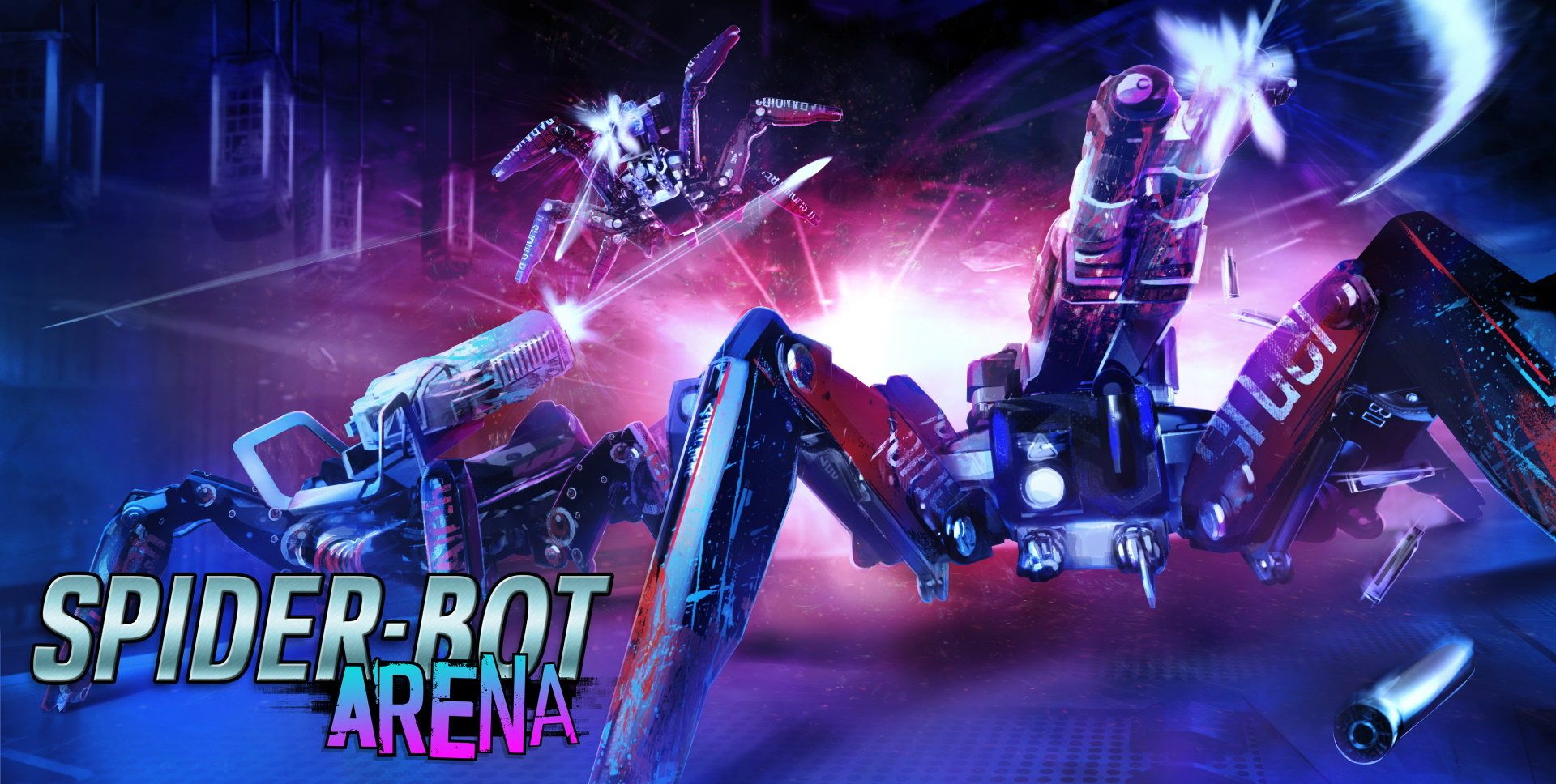 The arena is full of cover, powerups to give your Spiderbot various random weapons such as a gatling gun or a launcher with homing rockets. Additionally, there are health pickups around the arena to keep your bot running for as long as possible.

What I really loved, aside from the hectic and fast-paced nature of these battles was the verticality. Getting the drop on an opponent, literally, never got old and I felt rewarded for using the height on the terrain to my advantage. Playing on PC with a mouse helped too – I tried with a controller and I just didn’t feel nearly as accurate as I was when opting for the more precise controls.

Watch Dogs Legion Online’s Spiderbot Arena felt like a hyperactive episode of the TV show, Battlebots. I used to love that show growing up and this made me feel like I was actually taking part in it, albeit as the robot myself. While there are only two maps, and they might be a tad small for some people’s tastes, it was a great break between the co-op and Tactical Ops missions. I can only hope more customization options are added in after launch, as right now all you can customize are your bot’s cosmetics. Being able to unlock either new and improved bots, or maybe even simply different styles of Spiderbot would be cool and add a nice sense of progression. 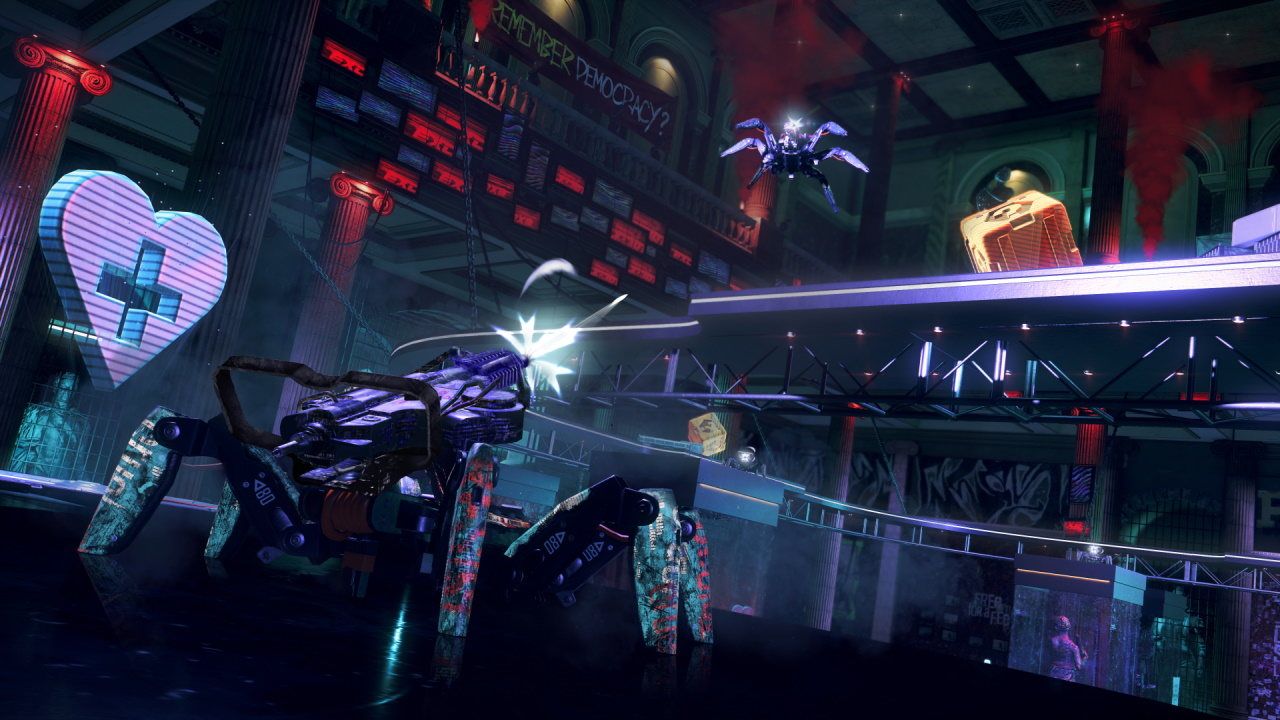 All in all, I really enjoyed the romp through near-future London in the preview event. While I did feel like some of the missions got repetitive in terms of their goals and objectives, it was fun in the moment to play them with three other people. The Tactical Ops were a lot of fun, especially having to take a step back and strategize with my teammates in order to accomplish something. It rewards planning and teamwork – something that feels mission in some multiplayer experiences.

I do think that it feels restrictive to use Influence to upgrade your agents as well as recruit them, especially give how random it is finding the perfect operative to recruit. You may never come cross that super MI-6 Agent, however you’ll meet quite a few construction workers along the way. My fear is that it will start to wear on me until I find the perfect operative.

However, the ability to have more than one operative lends itself well to the free roam as well as planning how to approach Tactical Ops or co-op missions with a group. Going to an Albion stronghold? Play as your uniformed Albion employee. Need someone who access to a construction site? Your teammate might have a worker that they can use. There are always those moments where the less glamorous operatives can shine, so being able to have a few in your back-pocket definitely helps.

That might also end up being a detriment too in the long run. One thing that keeps me playing GTA Online over the years as an attachment to my specific online avatar. I’ve built up a character since 2013, creating a persona for him in-game that I still interact and, to a degree, role-play to this day. Will I feel that same attachment to my DedSec Operatives? Probably not. My hope is that the semi-random nature of building a good team can sustain me, allowing me to work with friends who end up playing with us to create the best combination of operatives to take on any mission the developers work up after launch on March 9th.

Or at the very least dominate them in the Spiderbot Arena.