The co-op shooter Warhammer: Vermintide 2 has done a lot to establish itself as an innovative game on the market. Initially released in 2018, the game follows the story of the original Vermintide, where five unlikely heroes arrive in the darkest areas of a Warhammer city. The party faces the threat of the Skaven, insipid rat-men who desire nothing more than to torment, scavenge, and destroy. Whether you prefer the righteous Witch Hunter or the sassy Fire Mage, each playing style allows variation modified with roleplaying game stats and item grinding.

Vermintide 2 expanded the game into an assortment of realms, allowing the characters more customization features alongside additional enemies and realms to explore. In this setting, the threat of ‘Chaos’ (considered the greatest evil of this world, a realm controlled by four gods) drives the heroes to challenge its growing reach and take on an ever-growing threat as the world approaches the End Times.

Vermintide plays like a Medieval version of Left 4 Dead, where players work together against endless spawns of enemies. It’s lovely to enjoy with companions, but the latest expansion takes the game into yet another genre; the roguelike. Players who have enjoyed roguelites like Slay the Spire or the Torghast dungeons in World of Warcraft will find the Chaos Waste a familiar setting. 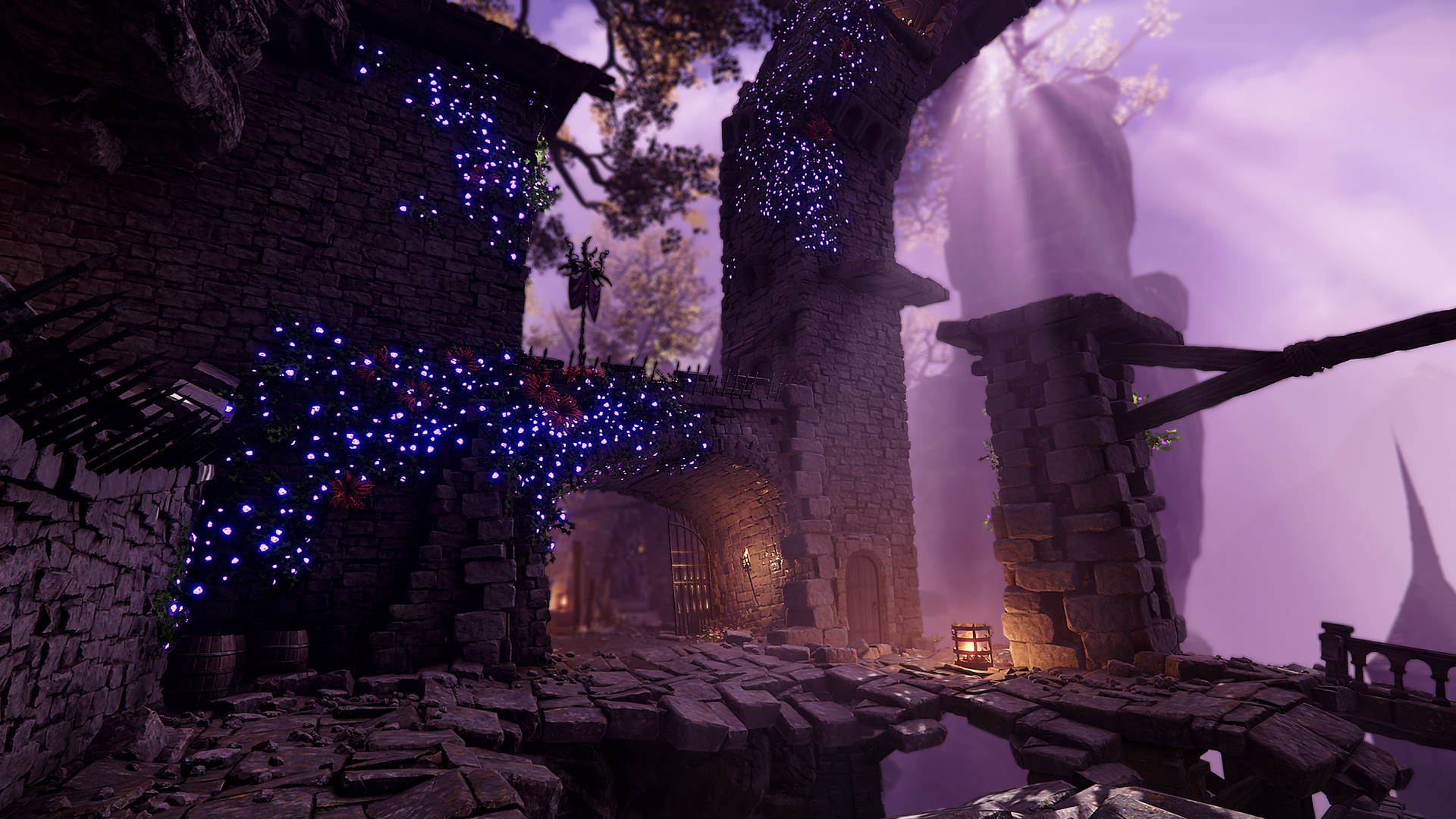 At the Chaos Wastes’ heart is a simple concept; to travel through several stages with the hope of reaching the Citadel of Eternity, a location that may offer our heroes a favor from the gods. There are about 15 different maps, with each one modified by a new condition. In one case, a player may have to deal with a specter stalking the party that intends to drag players away. At the same time, another may pool the character’s health together if they stay together.

At the start of each ‘map,’ players select a map they wish to traverse. Perhaps it is the old burning fortress of a sieged lord, or maybe it is diving deep into the mines. Each map offers its list of enemies, map modifiers, and rewards as the players dive into the regions. There are also boons available in each map that offer players in exchange for an in-game currency.

Like many Roguelites, luck is a crucial element to play with. Getting the proper powers, buffs and boons are integral to succeeding. If you die, then your run is over, and you have to start again.

I’ve played Vermintide II in the past, with a few hours invested. The game is a delight to play with friends and even more fun for those willing to grind out the gear and earn the points. I’ve also been a big fan of Roguelites for years. While I have never technically beaten games like FTL or Slay the Spire, the challenge and chance to try these randomized approaches are constantly intoxicating.

And the same can be said for Chaos Wastes. By relying on a randomized system, Vermintide II accounts for one of the most significant burdens for games like Left 4 Dead; the repetitive nature. While there are many maps in L4D, the lack of updates in the game since the early 2010s makes it get old when played by yourself. It also lacks a system for progression, something that Vermintide already has.

But all of that is countered when playing with friends. The ability to partner with other players and grind through mobs of Skaven is where Vermintide excels. While most of my tests were done through solo runs, my most successful runs were with other players, who were able to keep my elven huntress alive and kicking. 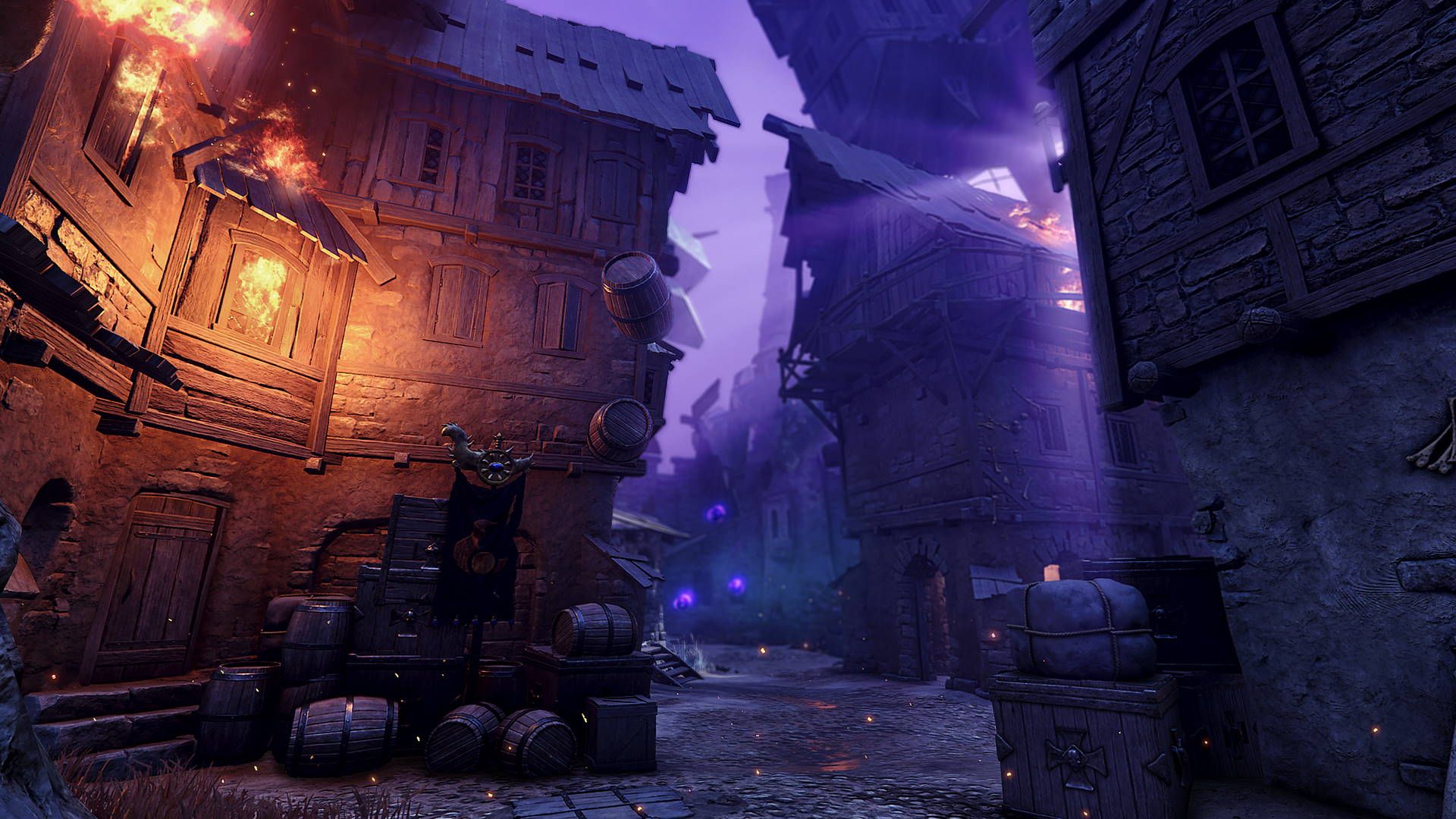 It was hard to feel the distinct differences that one boon or another might provide at normal levels. Since most enemies in the game go down within one or two hits, damage percentages struggle to impact gameplay at Recruit or Veteran levels of gameplay severely. In many cases, the gear earned from earlier runs was more than powerful enough to account for the damage needed.

While the aesthetic maintains the sense of ‘grimdark’ energy that one would expect in a Warhammer game, the visuals are on point. Entering the Chaos Wastes feels unique and exciting, with each craggy peak and winding mines feeling potent and threatening. I did find it far too easy to get lost, and the levels soon became quite familiar after one to two runs through the Wastes.

Unfortunately, Fat Shark did little to change their enemies’ aesthetics. The Chaos, Skaven, and Beastmen all look like they do in the typical game. The overwhelming masses continue to berate the senses as dark magical creatures rip and tear the players to pieces. Players still have to worry about Gatling Rats and Rat Ogres breaking the team apart.

Despite all of that, the Chaos Wastes is an enjoyable return to what made Vermintide good; a team-based slaughter-fest. The new mode is currently free for all Vermintide players, and offers a delightful-yet-gory reason to return for yet another hunt of Skaven.