There are few JRPGs that left as memorable an experience on me as Xenoblade Chronicles, and now Nintendo is doing the unthinkable by remastering it for the Nintendo Switch in the form of Xenoblade Chronicles: Definitive Edition. This Wii classic originally launched in Japan back in 2010, then North America in 2012, and has since been ported to 3DS as well as seen two sequels (three if you include the standalone expansion Torna – The Golden Country).

Xenoblade Chronicles was ported to the New Nintendo 3DS in 2015, but sacrifices were made to both its graphics and game engine in order to make it portable. There was also a version of the original Wii game available via download on the WiiU’s eShop, but there weren’t any improvements made to enhance its visual fidelity. However, this new definitive edition not only allows for the portability that the 3DS version provided, but also completely overhauls character models and textures to align with the style of Xenoblade Chronicles 2 that launched for the Switch three years ago. 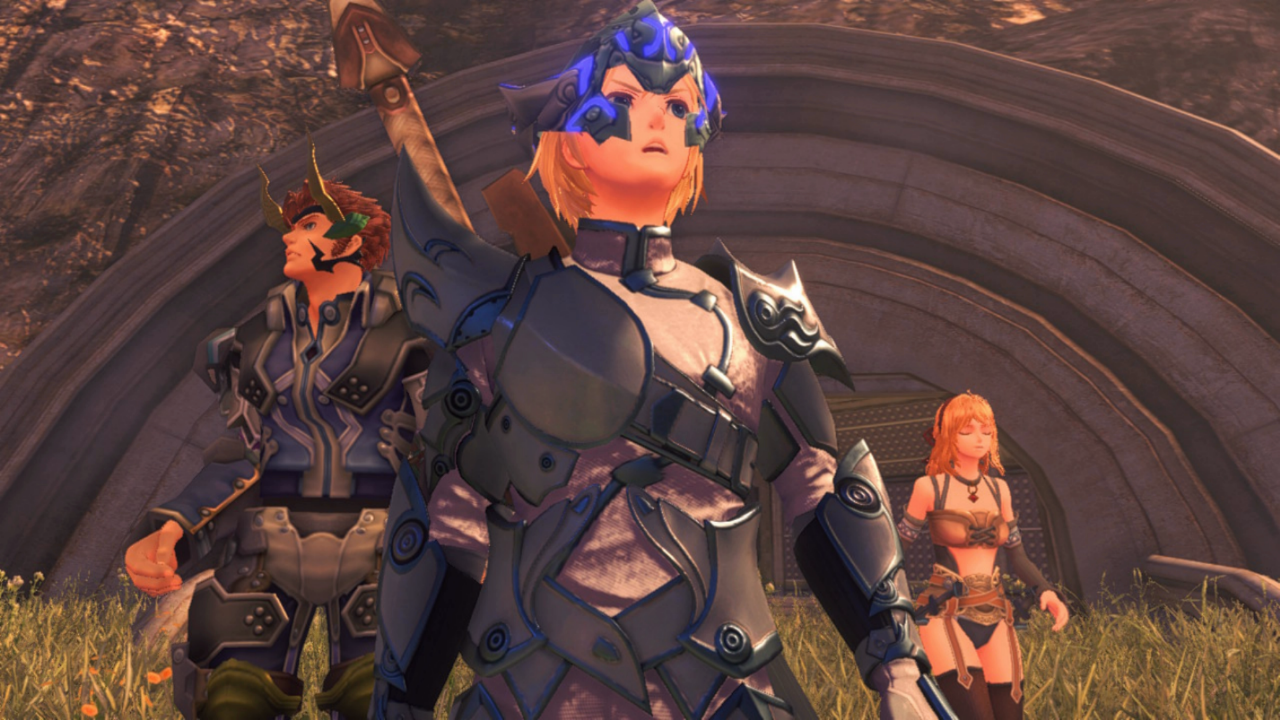 Which is a blessing, since Xenoblade Chronicles has some of the most beautiful and mesmerizing open areas out of almost any other JRPG in the last decade. The landscape of the Bionis, an inconceivably humongous Titan that is so large it is practically a world unto itself, is just as grandiose as I remember with sweeping plains and towering mountains. In a time where RPGs are seemingly becoming more and more linear (Final Fantasy VII Remake and Trials of Mana, for example) it is a breath of fresh air to be able to explore such spacious environments like the Guar Plain with all its splendor and little nooks to investigate. The rolling hills and bridging paths are sharply contrasted by the sloped mountains jutting out of the ground, looking as if they are bending towards one another in an effort to touch like in Michelangelo’s The Creation of Adam.

Although unlike Renaissance period artwork, the new character models in Xenoblade Chronicles: Definitive Edition are markedly more anime looking than in the original. I don’t particularly mind this aesthetic change since I’ve gotten used to how Shulk looks in Super Smash Brothers, but I feel like because of this the characters have lost a bit of their personality that came through in the original’s more dark and “realistic” style. Overall, these character designs do look much more at home in the Xenoblade franchise and could easily be a part of Xenoblade Chronicles X or Xenoblade Chronicles 2 without seeming out of place. 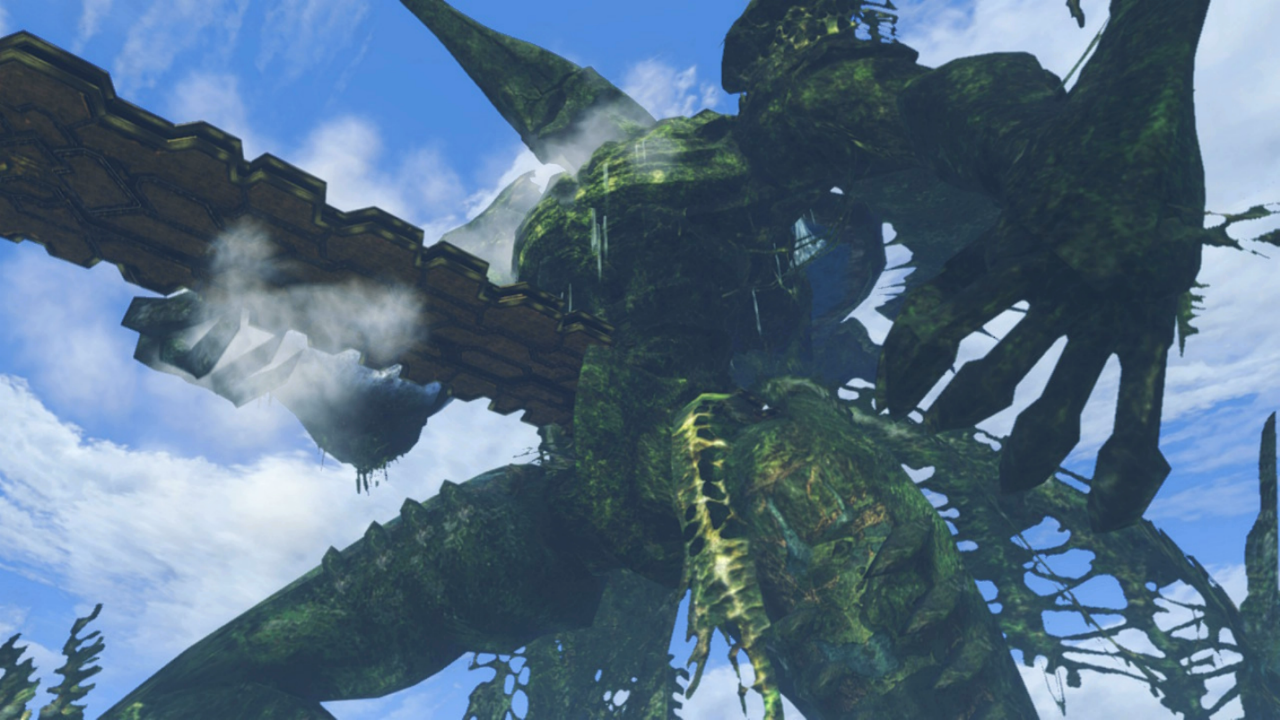 Besides the new graphical improvements, Xenoblade Chronicles Definitive Edition also includes a bevy of improvements and new features. Controls have been updated to feel more modern, like pressing in on the left analog stick to pull up a larger map, as well as new features like auto-run, which lets Shulk keep running in a straight line so you can quickly check the map (or, in my case, pull up Twitter until I get to my destination). In addition, the UI and menus have been cleaned up and streamlined to provide an easier time navigating and organizing things like equipment and side quests.

Lastly, some minor improvements have been made to Xenoblade Chronicle’s combat as well. I always liked how Xenoblade’s combat always felt a little like an MMORPG in the vein of Final Fantasy XI or XIV. There are certain moves and skills that require positioning in order to have bonus effects on either the party or the monsters. To help with this, a new pop-up that says “chance” will appear next to an ability that has a positioning effect ready to go. These positionings can be like attacking from behind in order to deal more damage or attacking the flank to debuff their defense. There’s also a new tooltip that pops up on the right side of the screen to offer information on statuses, like Break or Daze. Such tactics are pivotal to surviving tougher boss fights, so it is paramount that familiarity is built early on. 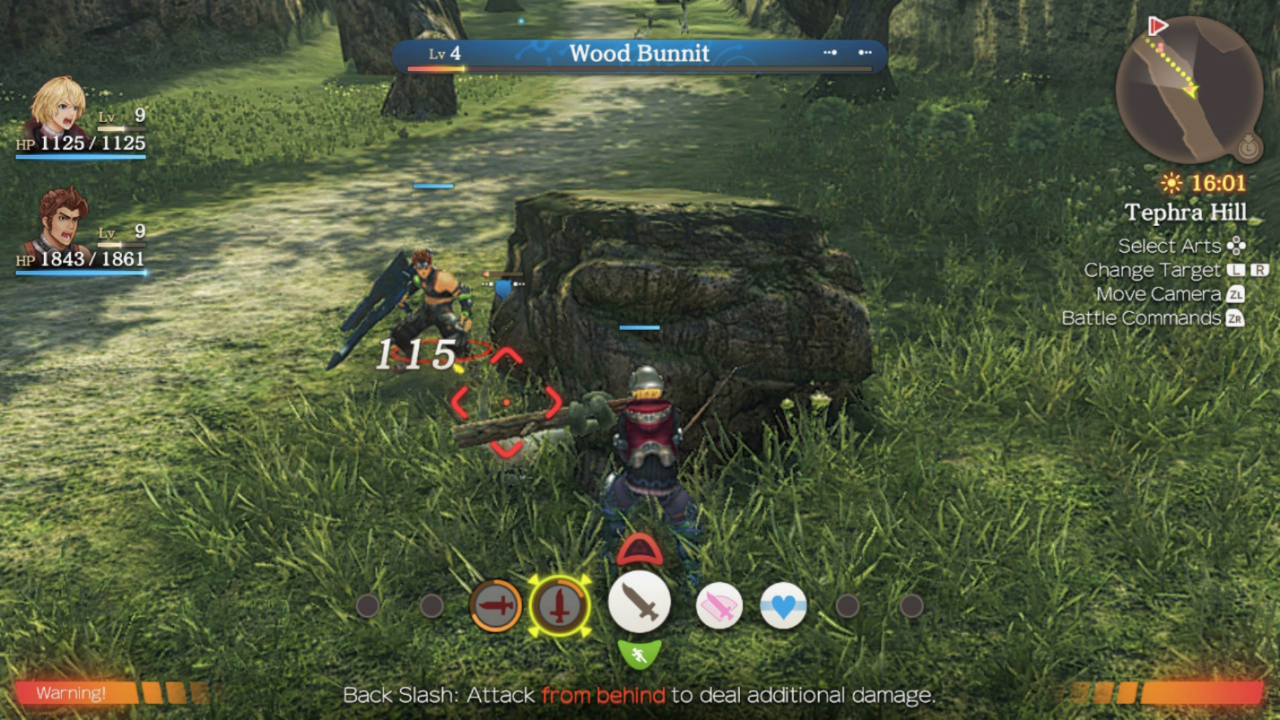 Smaller changes include cleaning up and minimizing different UI elements, so that they take up less screen real estate, as well as new and remastered music. However, the largest addition to Xenoblade Chronicles: Defininitve Edition is by and large the new playable epilogue called Future Connected, which is set one year after the conclusion of the main story. This epilogue is available to play at any time, so fans who have already completed the game before this definitive edition releases will be able to immediately hop in and enjoy the new content.

Personally, I want to experience the full story again before I dive too much into this post-game content, but I absolutely jumped in just to get a feel for what this content is like. It’s set in a hitherto unexplored area of the Bionis that Shulk and friends did not venture to in the main story, which is exciting to me that I there is more to see and do. Although I only experienced a brief dip into Future Connected, I really appreciate that it starts off by setting itself apart from the core experience. Right at the beginning are new tutorial screens that informed me about some of the changes made to gameplay. 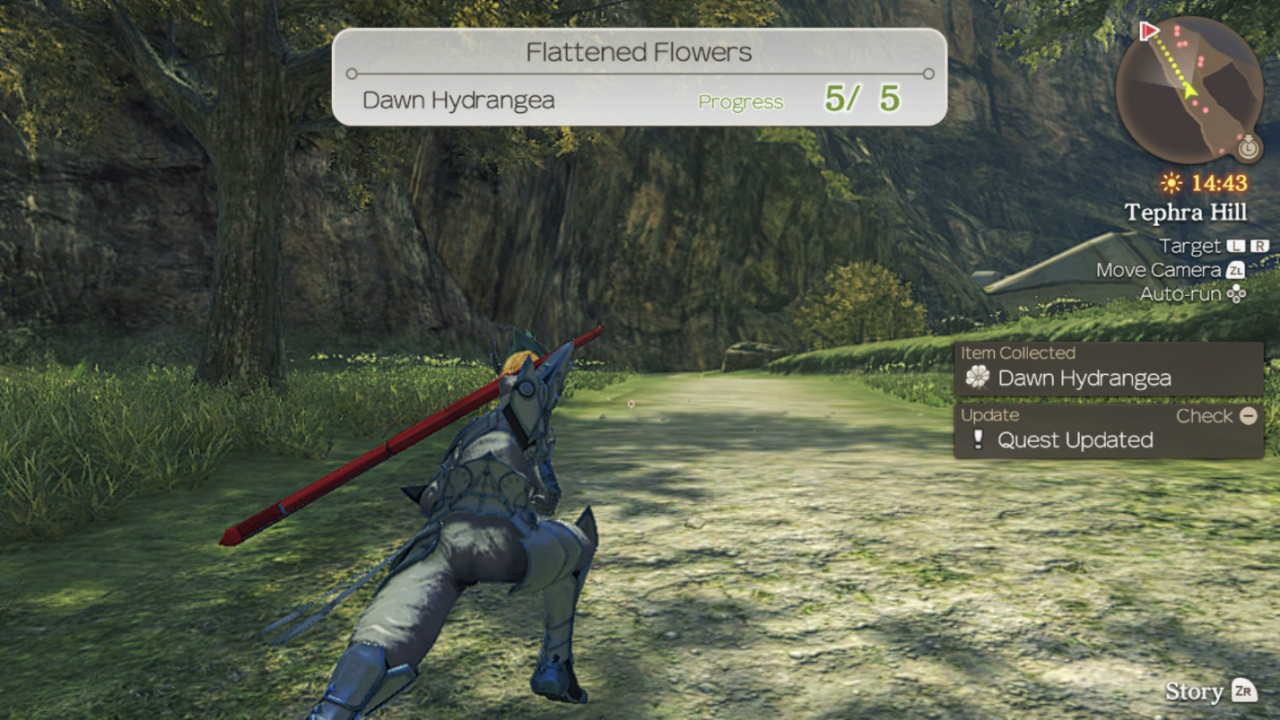 But most exciting is that it appears that the original voice cast were all called in to record new lines of dialogue for this epilogue. This is a touch that I am absolutely over the moon about, and I believe that this shows that Nintendo and Monolith Soft, the original developer, were dedicated and committed to truly making this the best version of Xenoblade Chronicles that they could. I will save the rest of my impressions until the game launches later this month and I’ve successfully completed the main story, but from the small taste of Future Connected that I saw I know that I will be in for a treat.

To me, the original Xenoblade Chronicles will always be the most memorable flagship entry out of the series, and I couldn’t be more excited that new people will be able to experience this masterpiece in what is the titular definitive edition. Stay tuned for our full review coming later this month. Xenoblade Chronicles: Definitive Edition launches exclusively for the Nintendo Switch on May 29th.

Note: A copy of Xenoblade Chronicles: Definitive Edition was provided by PR for preview and review purposes.