It’s been 5 years since the last numbered entry, which coincided during the Switch’s first year on the market. My first impression is that Monolith Soft has reached the pinnacle of being able to utilize the limited graphical power of the Switch to its maximum potential, much like Naughty Dog’s utilization of the PS3’s full power in The Last of Us compared to the first Uncharted on the same console. Although maybe not as graphically astounding as The Last of Us, Xenoblade Chronicles 3 is a marked improvement over the visuals to its unique, anime-like art style. 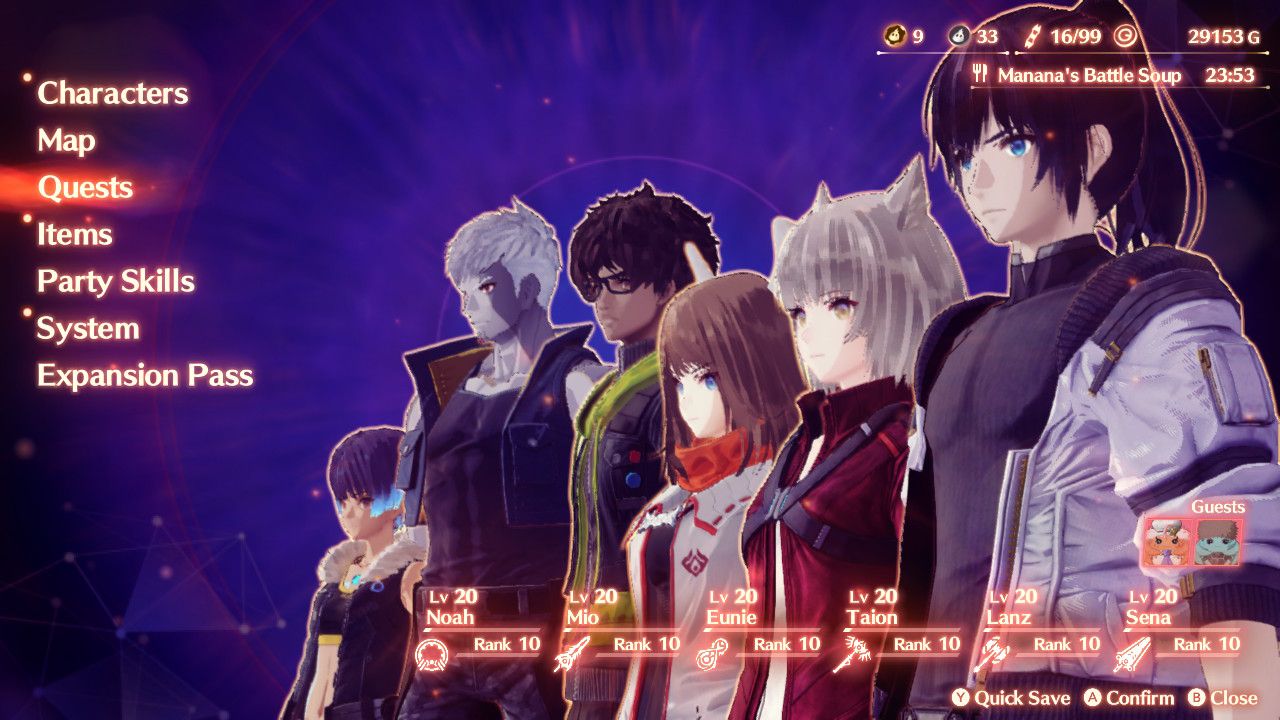 The story of Xenoblade Chronicles 3 starts off following a small group of our heroes fighting in a war against an enemy nation. This skirmish acts as the introductory combat tutorial and includes several cutscenes peppered for world-building and to give a little context as to why they’re fighting. In true JRPG fashion however, the story is a bit convoluted in the beginning since it’s introducing so many new aspects all at once. From what I could gather, both sides aim to kill the other to steal their life force in order to power their own side’s gigantic robot’s huge internal clock. The main protagonist in this entry is Noah and he is an off-seer who can play the flute to send the bodies of dead soldiers to rest - not unlike how Yuna from Final Fantasy X performed the sending ritual to send off souls of the deceased.

At first, you’re only able to control Noah but eventually you will be able to switch freely to any of the other characters. Even though the focus is on Noah, the other party members feel just as fleshed out and prevalent to the story. A new part of each character’s personality seems to shine through in every cutscene, making it feel less like Noah is the front man and more that the whole party is the main character of Xenoblade Chronicles 3. One memorable scene in particular featured the fiery tank Lanz and the opposing nation’s overly-strong, but petite, Sena as they tried to Super Saiyan Fusion together the morning after joining forces. I laughed out loud at the ridiculousness of it, but I appreciate how it highlights both these characters’ simplicity and muscle-headedness to put aside their differences and try to get stronger. 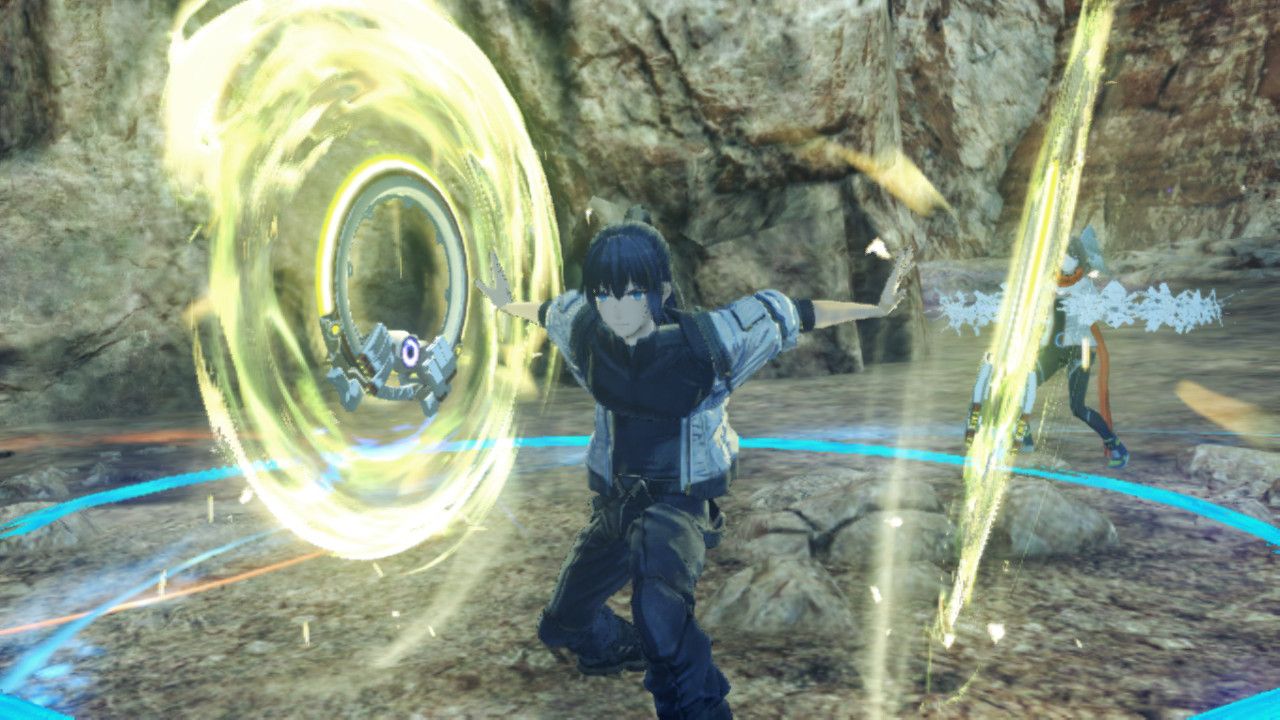 Whereas the story is feeling better than its predecessor, combat has remained pretty much the same much to my disappointment. I never jived with the delayed Auto-Attack system in Xenoblade Chronicles because it felt too slow, especially with cooldown timers on characters’ abilities, or Arts, which delay the minute-to-minute gameplay. Though as I progress more throughout the story, in typical JRPG fashion, they introduce additional components to the combat that keep layering on top of eachother, such as unlocking the ability to switch character classes and utilize secondary skills to alter or provide additional effects to your Arts.

I’m not going to lie, I am a huge sucker for any kind of job-change system (which is why I go nuts for systems like in Bravely Default and Final Fantasy XIV which let you level up all the classes). I am very excited to play around with combinations of classes and to level up each of the six protagonists in every one, just to have more choices available. In the character menus, there are also additional skill slots for skills, arts, accessories, and gems which can improve almost any aspect of a character. It was a bit overwhelming at first, but Xenoblade Chronicles 3 does a good job of introducing each new option early on throughout its integrated tutorial.

The tutorial isn’t anything like most RPGs, where you learn everything within the first chapter, and instead will teach a new mechanic as opportunities are presented in the story. That said, I still felt like I was in the tutorial after playing for over 10 hours because new mechanics are being constantly introduced such as the Collectopaedia Cards, which are do-anytime “collect this”-style side quests, and Chain Attacks, that seem at least in part inspired by Persona 5’s All-Out Attacks. 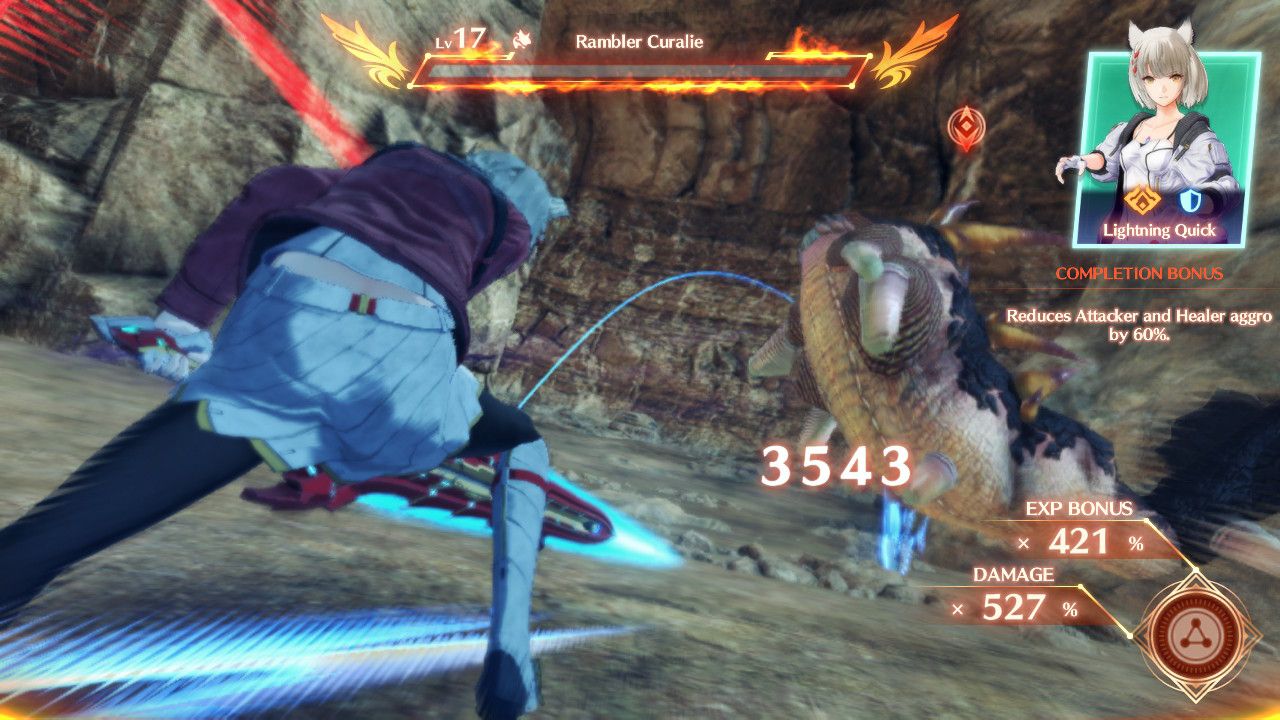 Exploring and battling both take place in the open-world just like previous entries, which so far has not had the same jaw-dropping world-design that I have come to expect from Xenoblade Chronicles. Areas have predominantly been patches of rocky terrain or barren wasteland due to the ongoing war between the two rival nations of Keves and Agnus, but I expect there to eventually be lush wildernesses and verdant grasslands to explore. Some of my favorite experiences in the Xenoblade Chronicles series have been coming across breathtaking vistas that showcase the spectacular verticality in level-design, like Gormott Province or Kingdom of Tantal from Xenoblade Chronicles 2.

A major improvement for me is how the menu is designed in Xenoblade Chronicles 3, which loses the bright, bubbly aesthetic from before in lieu of a more mature, darker, and intuitive design. It might be a small aspect in the grand scheme of things, but given how much time I’ve already spent in the menus - and how much more I expect to spend while finetuning my party - it’s a welcome change.

I’m also very grateful that Monolith Soft has dropped the gacha-esque “Gotta Catch ‘Em All” Blades system from Xenoblade Chronicles 2 and have instead opted to just have six weapon types (one for each of the six different classes) without having to worry about powering up your Blade or relying on luck to get a specific weapon type. You can just change your class at any time once you’ve unlocked it. You can also change your controllable character at any point, including in the middle of battles. Tank not keeping aggro? You can take control of a tank and steal it back. 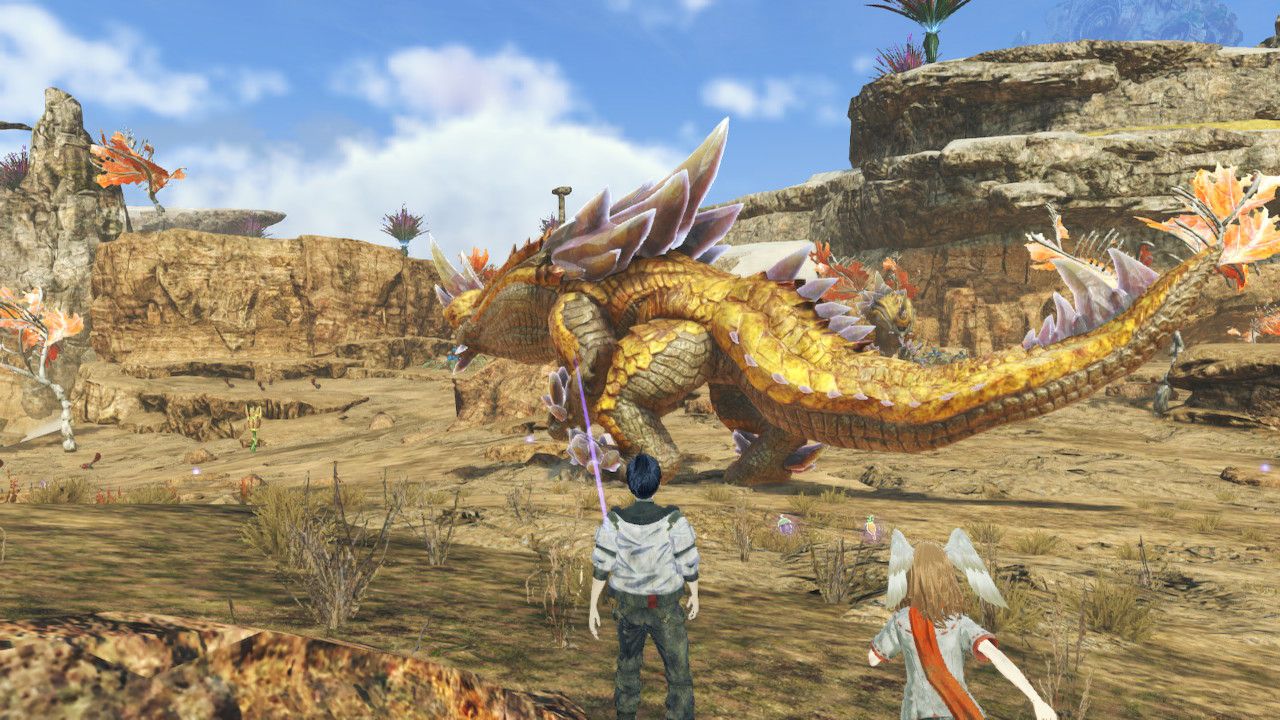 What I’m not grateful for is the sheer amount of gatherable items that are generated in the environments. While they may be useful in that you can either sell them or turn them in for a sidequest, it is beyond my ability to restrain myself from going, “Ooh, Shiny!” and picking up every single thing on the ground. To add even more misery, they respawn after a brief period of time too! So woe unto me should I ever have to backtrack for a quest or while I’m just exploring the map, since it will take me twice as long in order to gather everything within eyesight. Likewise, the enemies respawn fairly quickly as well - which is at least good for if I will need specific parts later on.

There’s been a lot to explore in Xenoblade Chronicles 3, which has been a fun experience so far. I’m intrigued by the story and want to know more about the bad guys - what they are exactly, who’s the ringleader, and what their motivation is behind their moves - as well as learn more about the world of Aionios. I’m hoping that the combat will feel faster-paced as I unlock more skills and abilities to utilize, because right now it feels like Arts and special moves like Chain Attacks are slow to build up and are rarely used outside of boss fights. If you’ve enjoyed the other Xenoblade Chronicles entries but haven’t picked up this one yet, it’s safe to say that you’ll enjoy this one too. Is it the best one of the series so far? You’ll have to wait for our full review coming in August to find out. Until then, Aionios awaits!