There’s no doubt I loved Persona 5 Royal; in fact, it’s one of my favorite games to have come out on the PS4. So, it’s no surprise when I saw the announcement for Persona 5 Strikers, I was immediately interested. After having some time to play the intro, all I can say is I can’t wait to play even more. They’ve done a brilliant job of molding the Persona 5 style with a much more action-oriented gameplay. While at the same time, they have retained the aspects, which made Persona 5 Royal such a great game.

The story for P5S picks up after the events of P5R. The entire main cast returns for a fun summer vacation road trip. However, before leaving town, they stumble on some new corruption that needs investigating and fixing. For players who played P5R, this feels very much like coming back home after a long trip. Things are a little different but are also mostly the same. The story is easy to follow for anyone who hasn’t ever played P5 or P5R, even if you don’t know all the background information. The entire first mission is a tutorial that will go through everything and won’t leave anyone who pays attention behind.

One aspect I wasn’t able to get a feel for during the preview is if the calendar will play as much of a role in gameplay as it did in P5R. Previously there was always a deadline by which I had to finish each mission; otherwise, the game would end. During the preview, this was never really brought up as a restriction. This may become a concern after the first mission; after all, since P5S is meant to take place over a summer break, it’d be a bit strange to be still traveling around in November.

A feature that ties in a bit with if the calendar is a limiting factor is checkpoints; instead of safe rooms, various checkpoints can be unlocked in each infiltration. They work similarly to safe rooms as I could move freely between checkpoints, and I could save the game there. However, unlike safe rooms, there seems to be no downside to using a checkpoint to leave an infiltration. Previously, leaving a palace would move time forward, and since every palace infiltration had a deadline, planning when to take a break and when to head back in could be a strategic consideration. 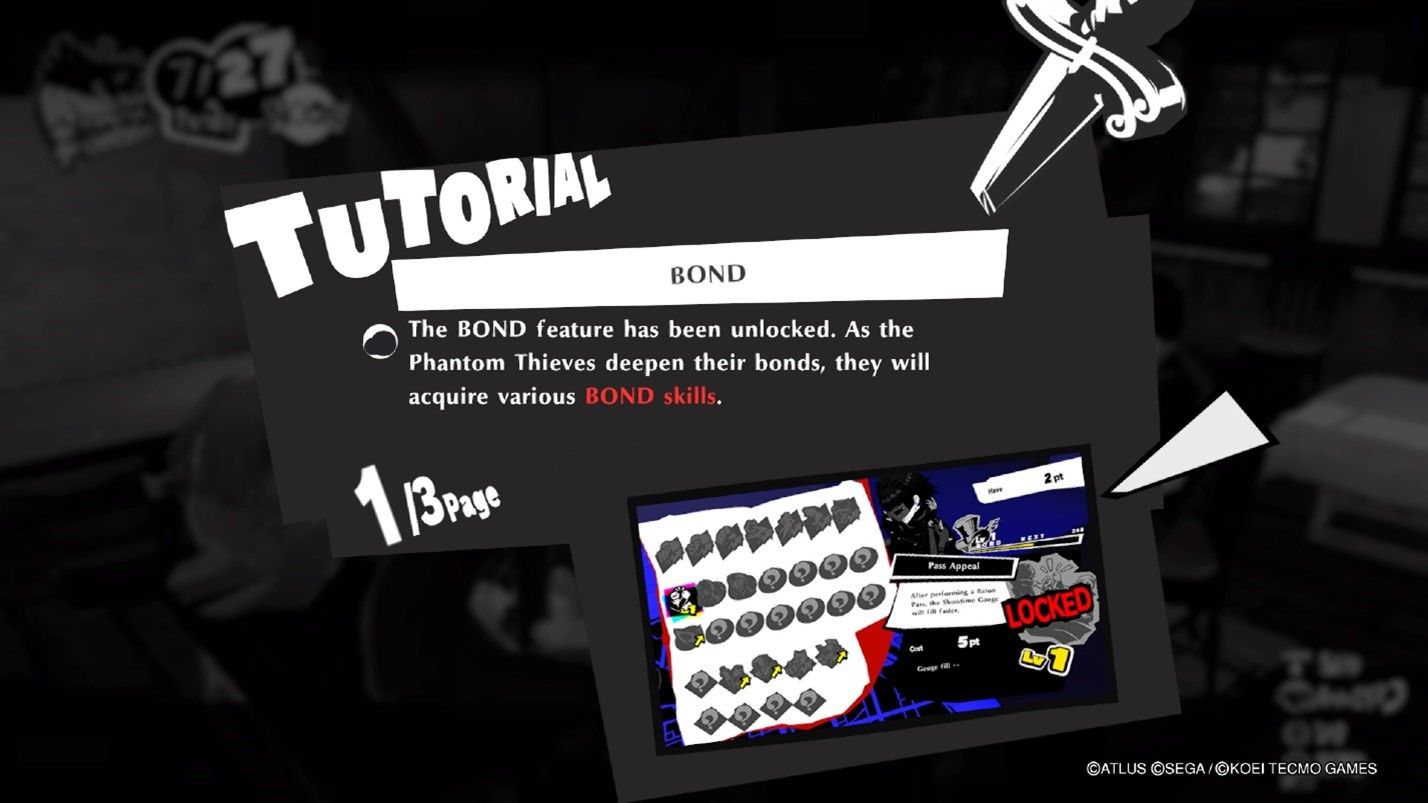 This doesn’t appear to be the case in P5S, and I was able to leave an infiltration and immediately go right back in. This had the benefit of topping off the health and SP of all of the Phantom Thieves, and as such, it isn’t a bad strategy for moving forward in an infiltration. It even seems like it’s likely a good idea to leave at every checkpoint to top everyone off. If the ability to hop in and out of an infiltration without restriction is carried through the rest of the game, it’ll be a huge help if the calendar does become a limiting factor.

Combat is the most significant change-up between P5R and P5S. At first, I was a bit sad when I heard the turn-based combat had been replaced with action combat. I like action games, so that wasn’t my issue. The turn-based style of P5R was perfectly suited to it, and I enjoyed using it to help me plan the best strategy for each fight. Thankfully the action combat in P5S is multilayered and far more interesting and challenging than I expected.

Initially, combat seemed to be a bit button mashy, and I was concerned it would be too easy, and there would be no reason at all to use any of the special techniques I was learning about. However, I quickly realized that as I moved into the more challenging fights, there was often so much going on, I was simply not completely processing everything I was seeing. As I adjusted to how the new combat system worked, I was able to get a better feel for what was going on in every fight and make better choices during combat.

Each of the main cast (except Futaba, who is still in a mostly support role) is playable in combat. Aketchi, Kasumi, and Maruki aren’t in this game, which, considering the events of P5R, isn’t surprising. Each character still has the same persona and elemental affinities; however, they all start over from level one. I still had to pick which characters I wanted in my main party, which would actively be fighting, and I could freely move between each character in the party. Sadly there didn’t seem to be a way to switch party members in combat (like there was in P5R); however, out of combat, I could switch around party members with only two restrictions. The first is, Joker has to always be in the party. Not surprising. Secondly, if I was actively controlling a character, I couldn’t switch them out. Also, not surprising. 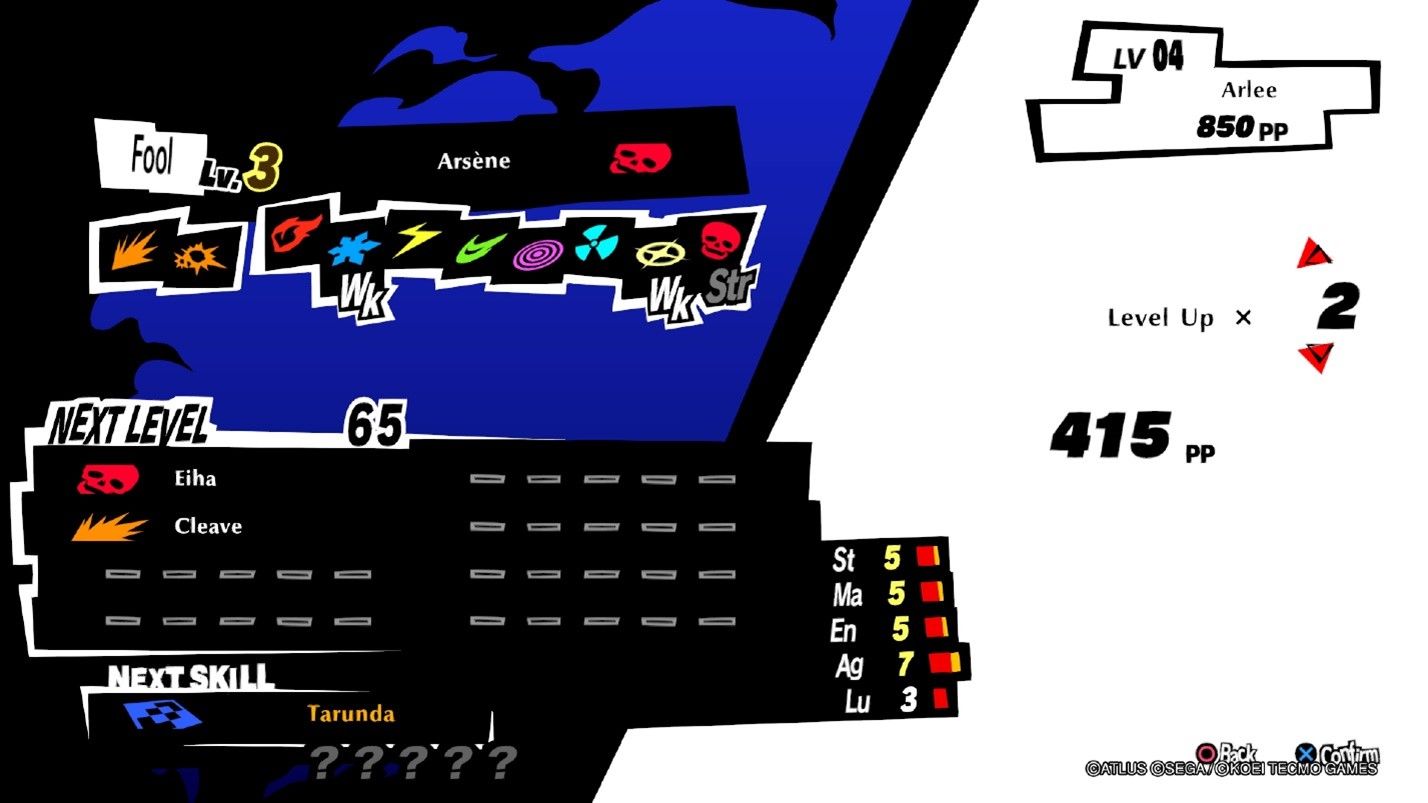 Although Joker starts off with one persona again, he still can collect multiple masks and use multiple personas. Thankfully when selecting a persona on any character, combat would pause, which allowed me to choose the right persona skill, aim the persona’s skill properly, and in the case of Joker, choose which persona I would use. It was also helpful to occasionally use it to get a better sense of what was going on in a fight at any given moment.

I’m curious to see how combat will feel once I have had more time to spend with it and all of the tutorial training wheels come off. For example, both Yusuke and Haru have a fighting style, which seems like it can be quite powerful, but I couldn’t quite get a solid feel for the timing on either of them. As I became more acclimated to how the action combat worked in P5S, I started to see more of a potential to employ some strategy. Even things in the environment could be used to my advantage if used at the right moment. There’s so much depth of potential to the combat that I can’t wait to dive in and spend even more time with it. 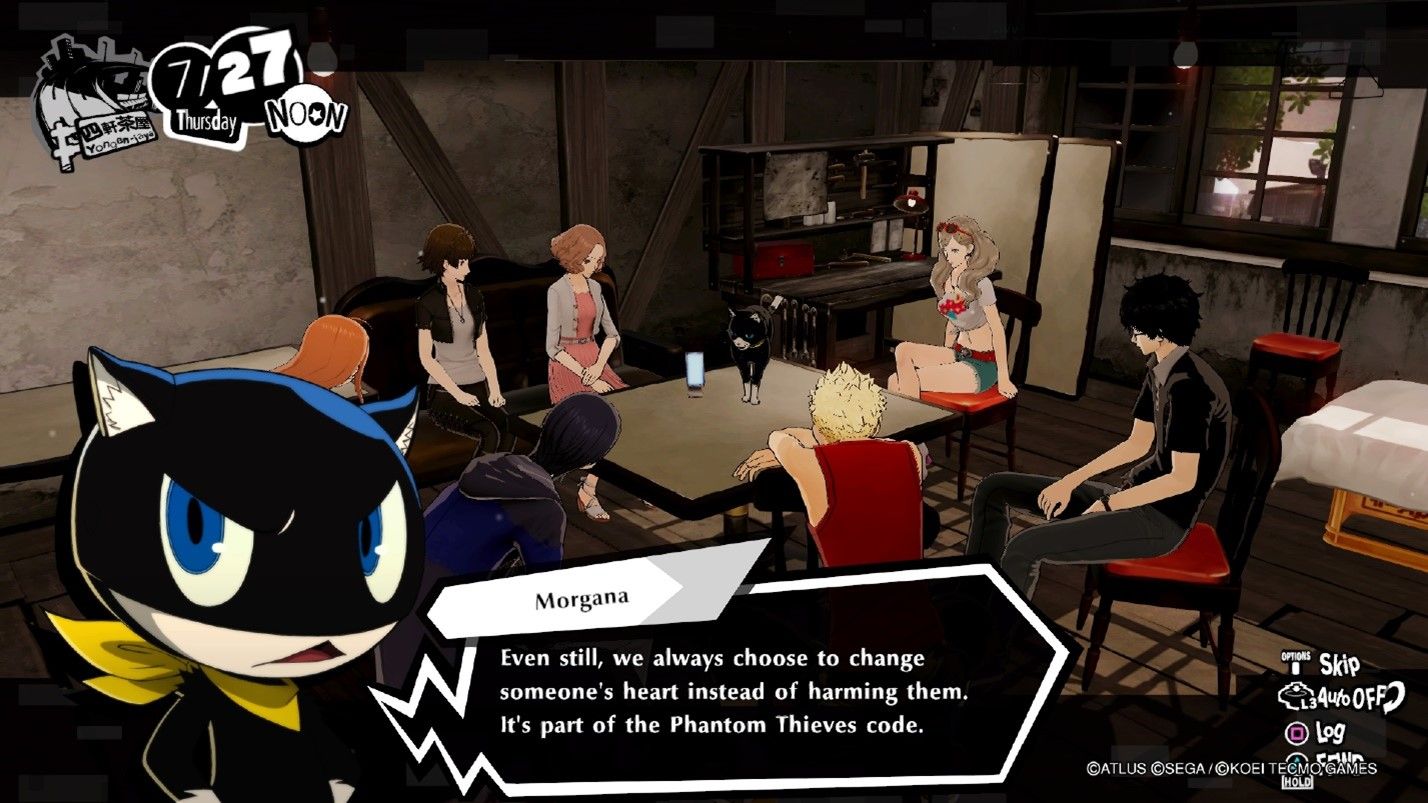 All in all, this was a great first look at Persona 5 Strikers. I can’t wait to see how much more there is to this game once the road trip starts. This is not the kind of sequel I would have ever expected, but it’s intriguing. Persona 5 Strikers will be out on February 23rd on Steam, Switch, and PS4 (also playable on the PS5).