Confession time; outside of reviews, I’ve not finished a story-driven game in a long time. With so many games out and so little time, I generally get knee-deep into a narrative and then get distracted. However, when I did the Switch Review for Outer Worlds back in June, I loved it so much I went back and replayed it on PC just because I was so engaged in the world.

Enter 2020 and Obsidian is at it again delivering the first DLC, Peril on Gorgon, for their smash hit title. Although I am only just dipping my toes back into that galaxy far, far away I had to take a moment and share some of my initial thoughts. So grab that coffee, kick back and enjoy this preview for the upcoming DLC for Outer Worlds: Peril on Gorgon.

Set during the events of the final chapter of the original story, Peril on Gorgon sees you and your motley crew receive a package addressed to Hawthorne (your ship’s previous Captain) from an unknown party. Upon opening, you discovered a recording clutched in a severed arm. After listening to the message you’re left with a mystery, a clue and a severed arm.

This begins a journey that I feel is best described as a mystery wrapped in an enigma. As you explore the new area of Gorgon, you’ll engage mysterious characters, shady characters, and deadly characters. The narrative plunges the player into a game changing narrative that seems to be redefining what we understand of the Outer Worlds universe. This, of course, is a bit of an assumption as I’m just peeling off the first layers of this tale but that I think is what I’m enjoying so much about my time with Peril on Gorgon. 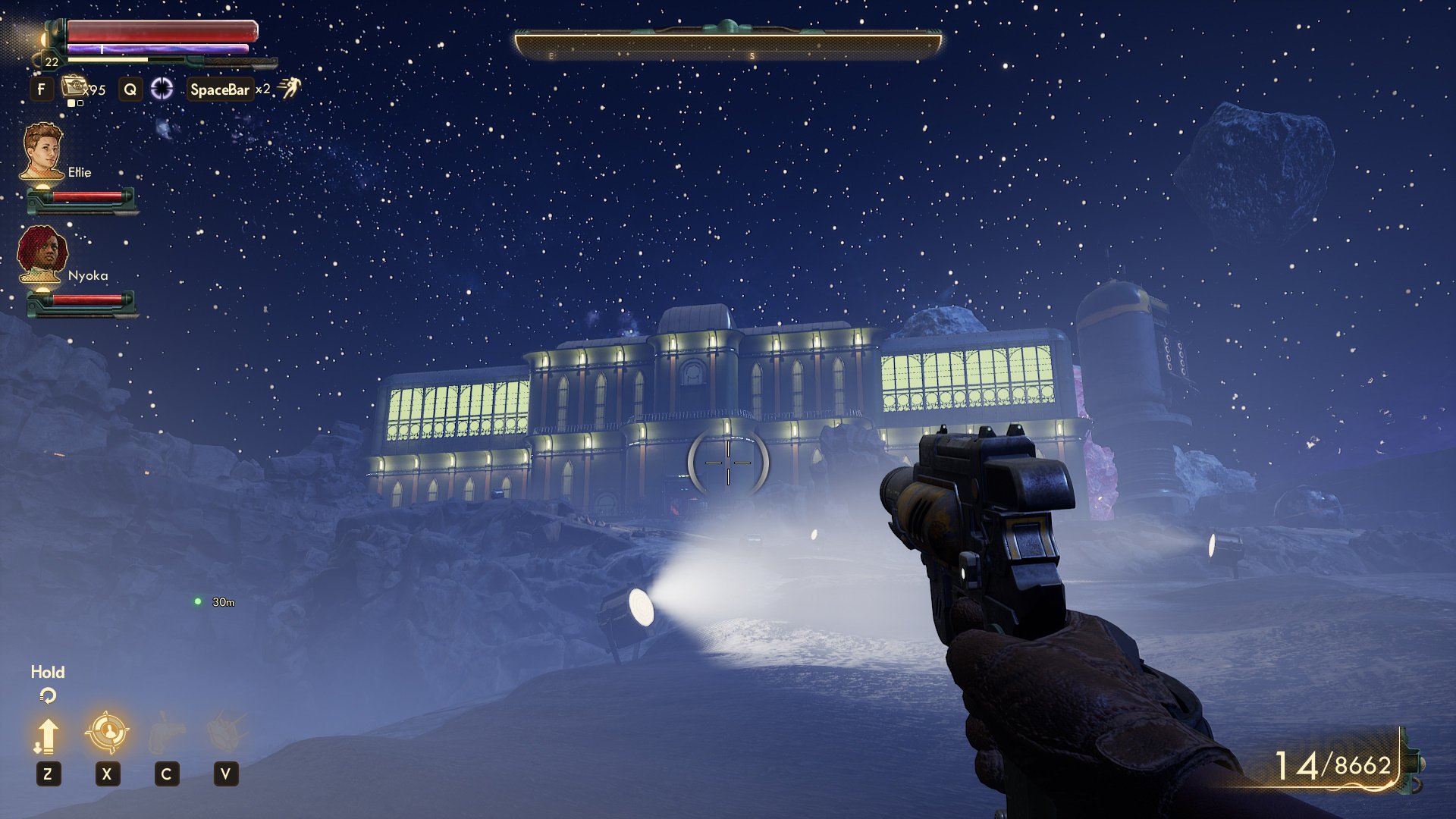 The Outer Worlds took a lot of time to build a galaxy, get you invested in that galaxy and then challenge you to determine the direction that galaxy would go. Peril on Gorgon is challenging what you believed about the galaxy you learned to love in the first game. Seemingly small ideas presented in the main story are becoming a driving force for this DLC.

Another aspect of the DLC that makes it so engaging comes back around to Obsidian’s method for story delivery. It's fun, engaging and wrapped in some pretty dark, offbeat humour. However this time around, the narrative team is working hard to flex their mystery and noir narrative skills, so far to great effect. . I’ve been more engaged in this story arc than previously because of the skillful plot delivery. Just as I’m getting a handle on my next objective, the story presents a clue that leaves me with more questions than answers. 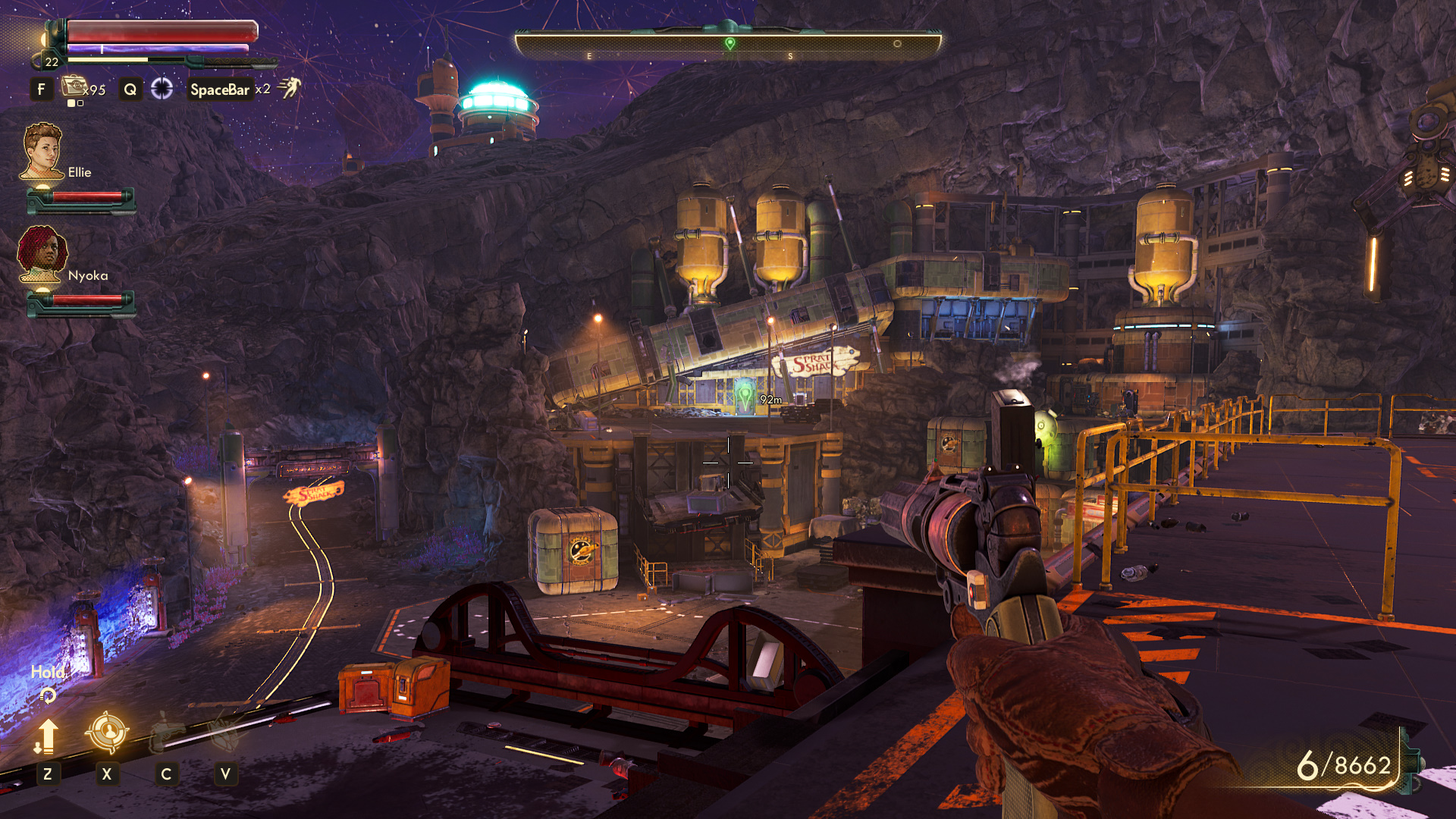 It's also been great to get back into the RPG elements of The Outer Worlds. Engaging with my crew, long walks killing Muaraders on asteroids, and having long conversations with the Unreliable AI is a real treat. At this point, I’ve not experienced any new mechanics in Peril of Gorgon but that’s not really a criticism. I loved the combat, RPG and other game mechanics from the original game. Any opportunity to jump back in is one I’ll gladly take.

Overall I’m thoroughly enjoying my time back in the Outer Worlds with Peril On Gorgon. Dusting off my space cowboy hat and doing my best Malcolm Reynolds impression never gets old. Jumping back into the Outer Worlds for a mystery driven narrative is an added bonus. Look out for our full review when the DLC Peril on Gorgon drops on September 9th. Until then I’ll be gallivanting around the Gorgon asteroid, aiming to misbehave.