During the Endwalker media tour preview event, creators and press were given access to several new areas that will be available upon the Final Fantasy 14 expansion’s release. Specifically, we could explore Thavnair, Garlemald, and the new player base, New Sharlayan.

We had plenty of time to explore these new areas and see what was in store for us. In fact, we were pretty much encouraged to do so. Notably, these areas were pretty much “low-level,” as in accessible by level 63 characters. During a presentation, director Naoki Yoshida shared that there will be six such areas in total.

Now that we’re able to share our findings, here’s a quick preview of each of the new FFXIV areas we were permitted to wander in. 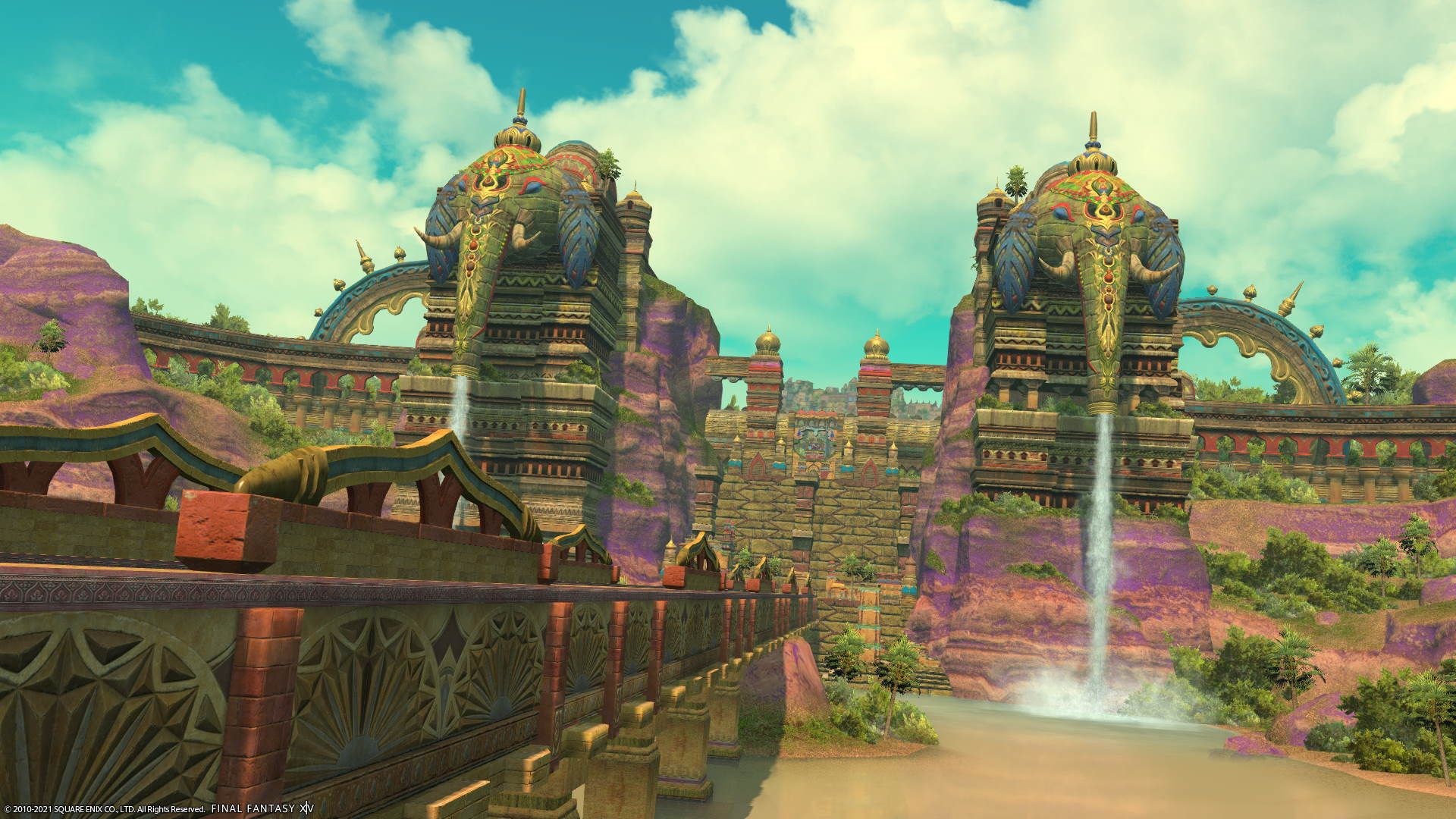 A location only mentioned and alluded to for several expansions, even through the Dancer job storyline, Thavnair seems to take influence from quite a few South Asian and Middle Eastern cultures. 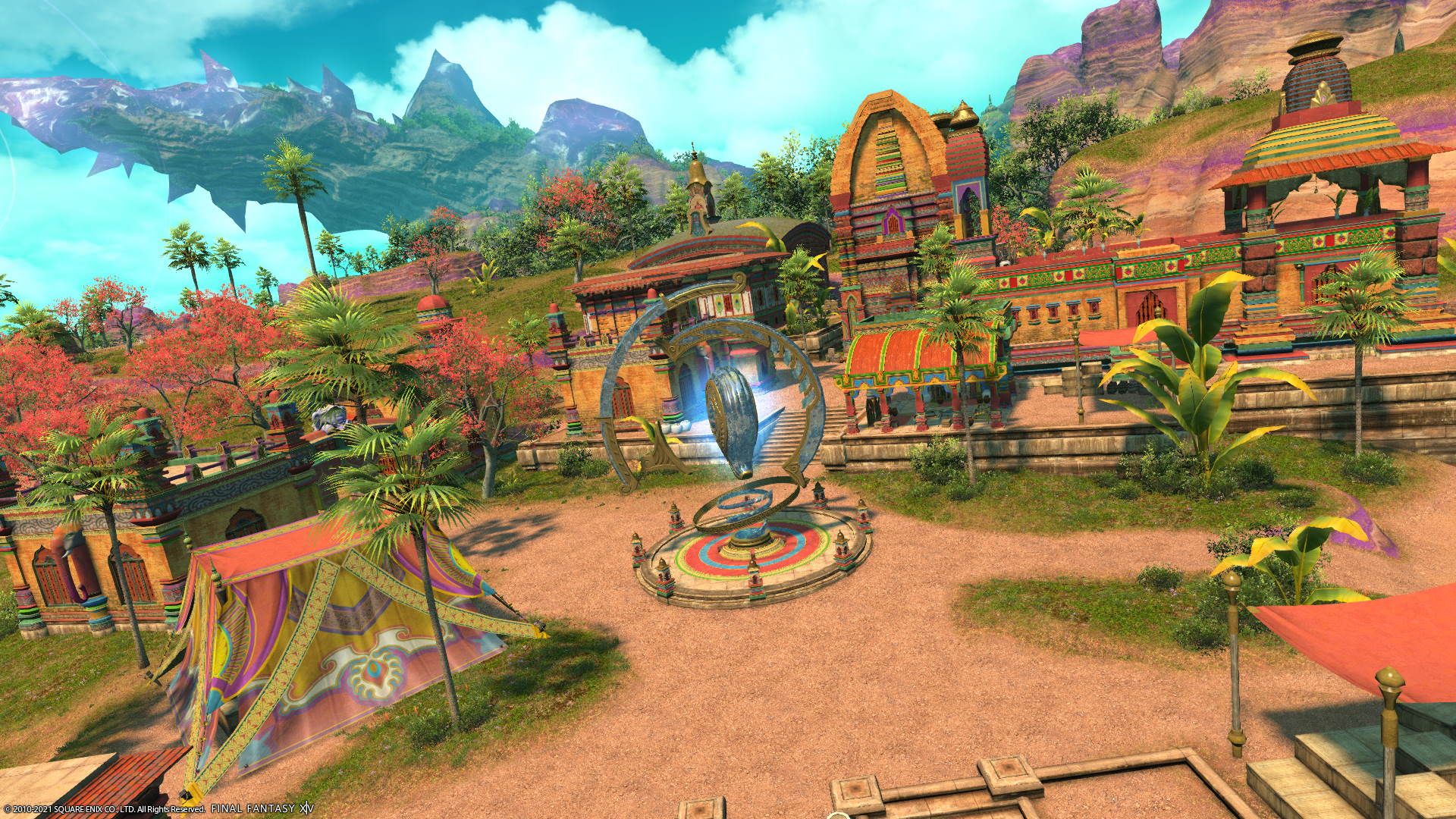 Yedlihmad, judging by the contextual hints I found, will likely be where the Warrior of Light and their companions disembark upon reaching Thavnair. 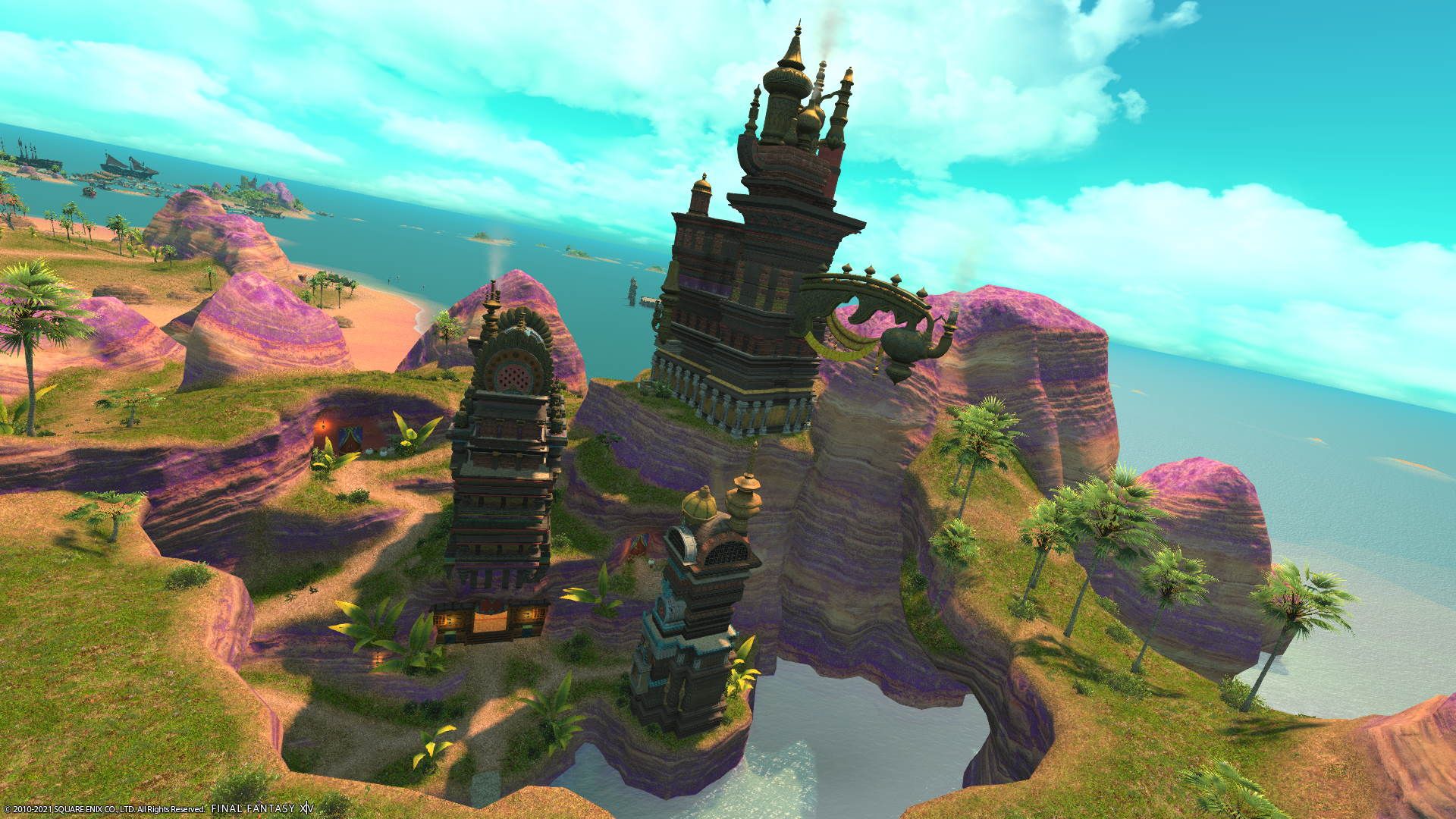 The Great Work, one of the three major aetheryte sanctuaries in Thavnair, will lie right by the first new dungeon of the expansion. 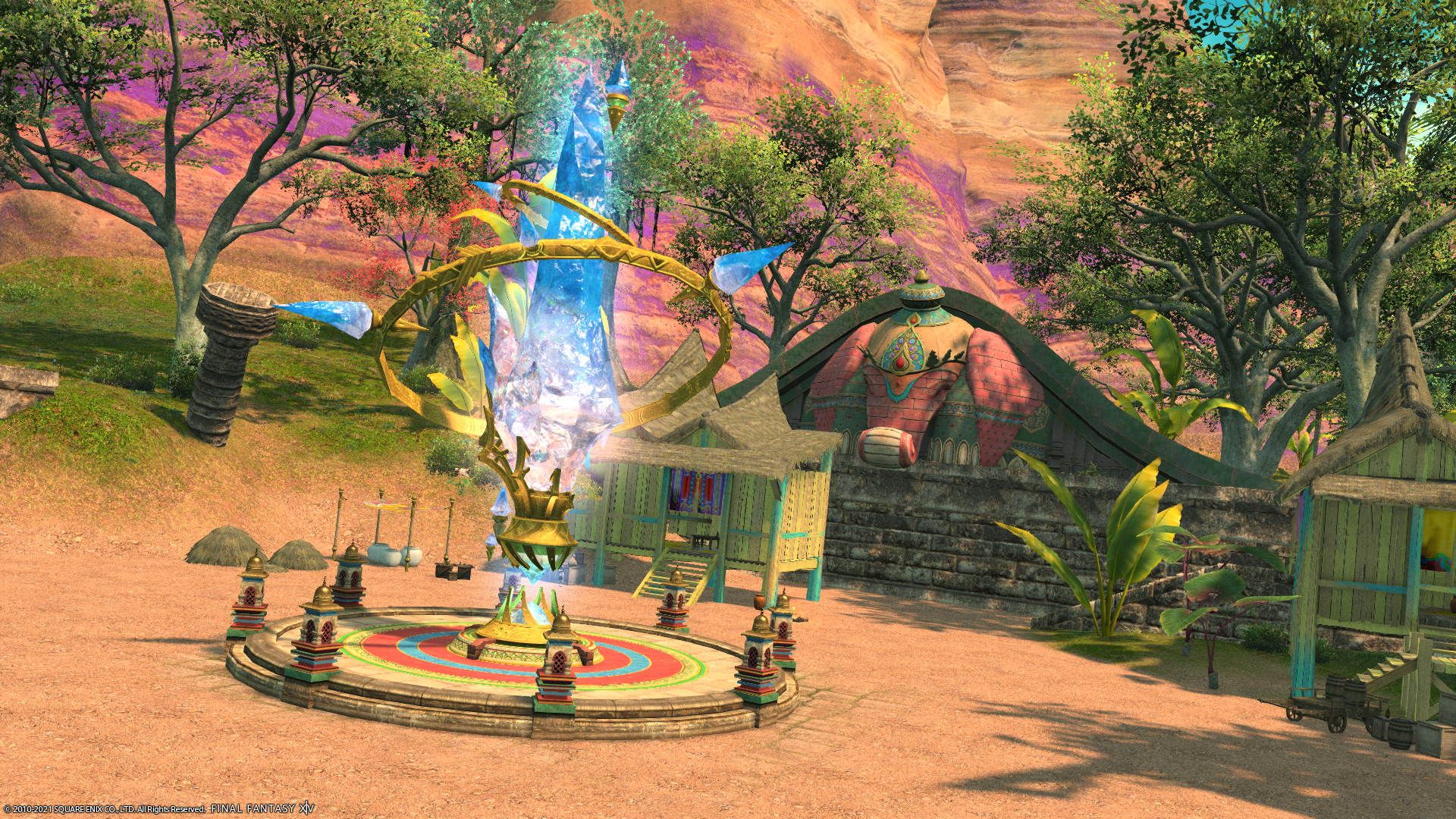 Palaka’s Stand also appears to be a stop along your journey through this gorgeous region, bearing yet another aetheryte, and a small, quaint village (or trade stop?) at that. 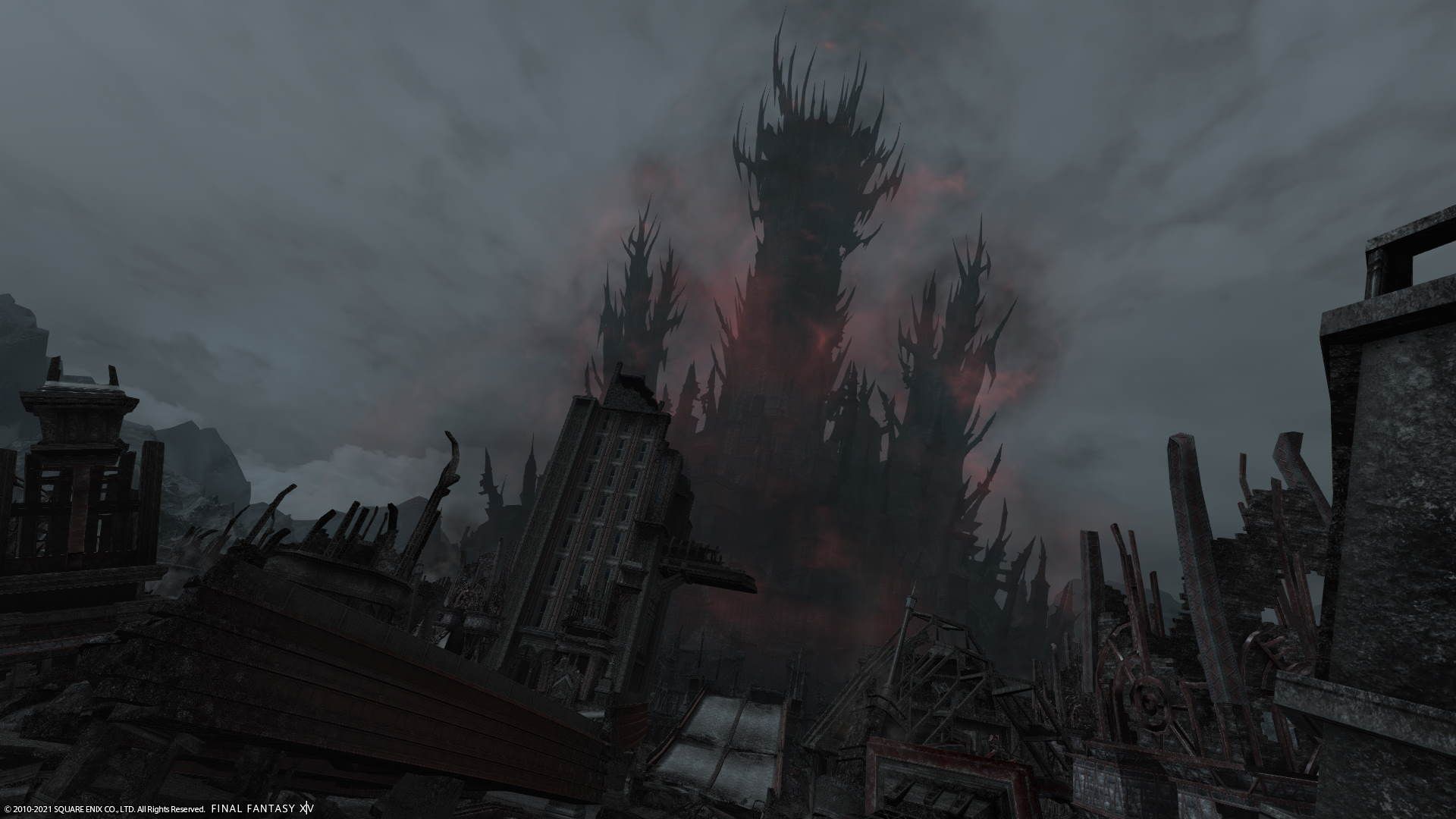 For all the hype that’s been gathered, you may be shocked to learn that Garlemald won’t be, frankly, that big of an area. However, for its small size, it packs quite a bit of world-building. Already, we can see the city itself resembles a modern one; wandering throughout, I found cars, parks, and plenty more. Turns out, normal people in an evil empire still want normal things. Sad to say, I did not find the Garlean DMV. 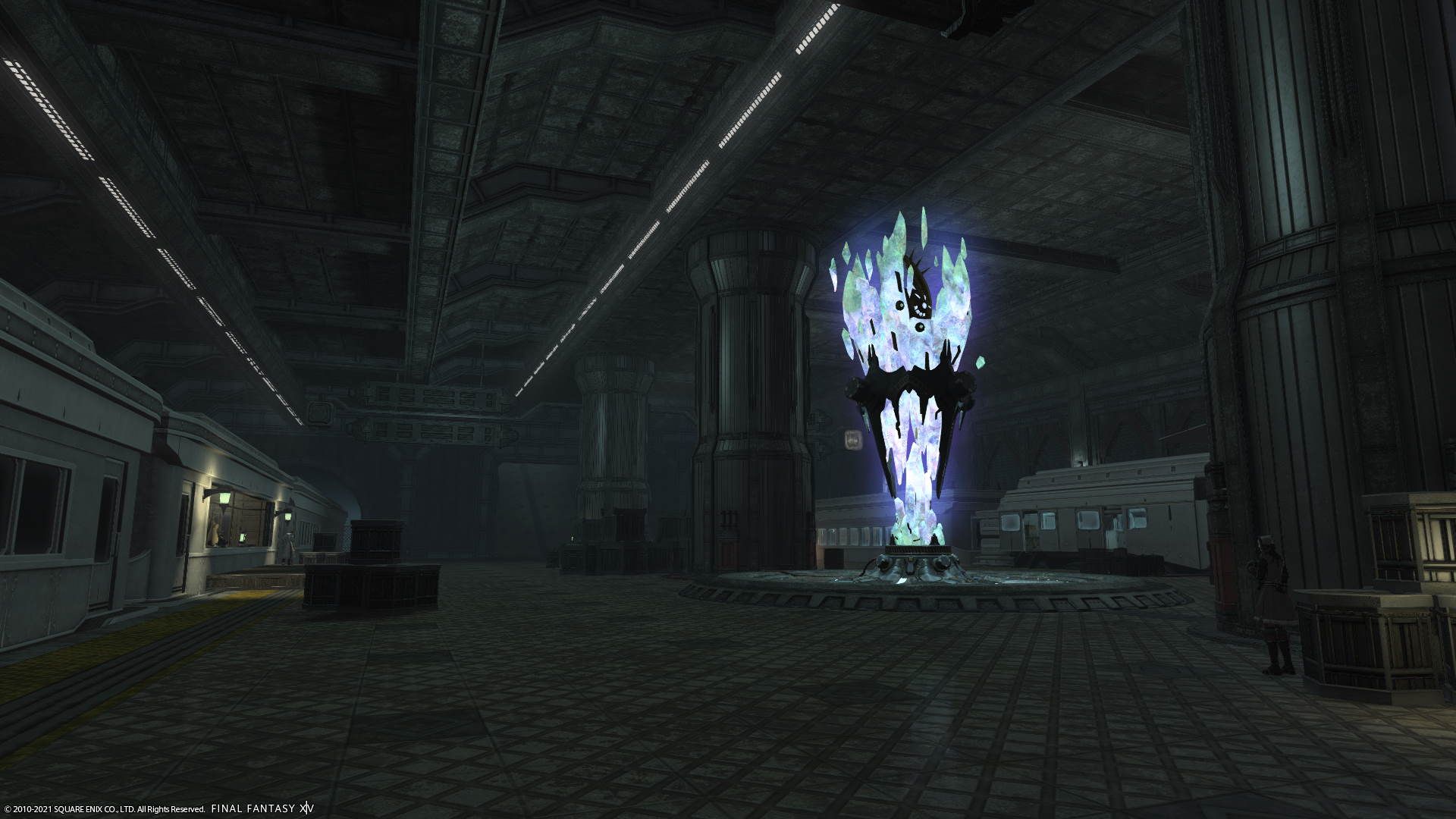 Under the city is Tertium, which is what can only be assumed to be a former train station. There is also another abandoned one outside the city. Here, refugees appear to catch their breath. 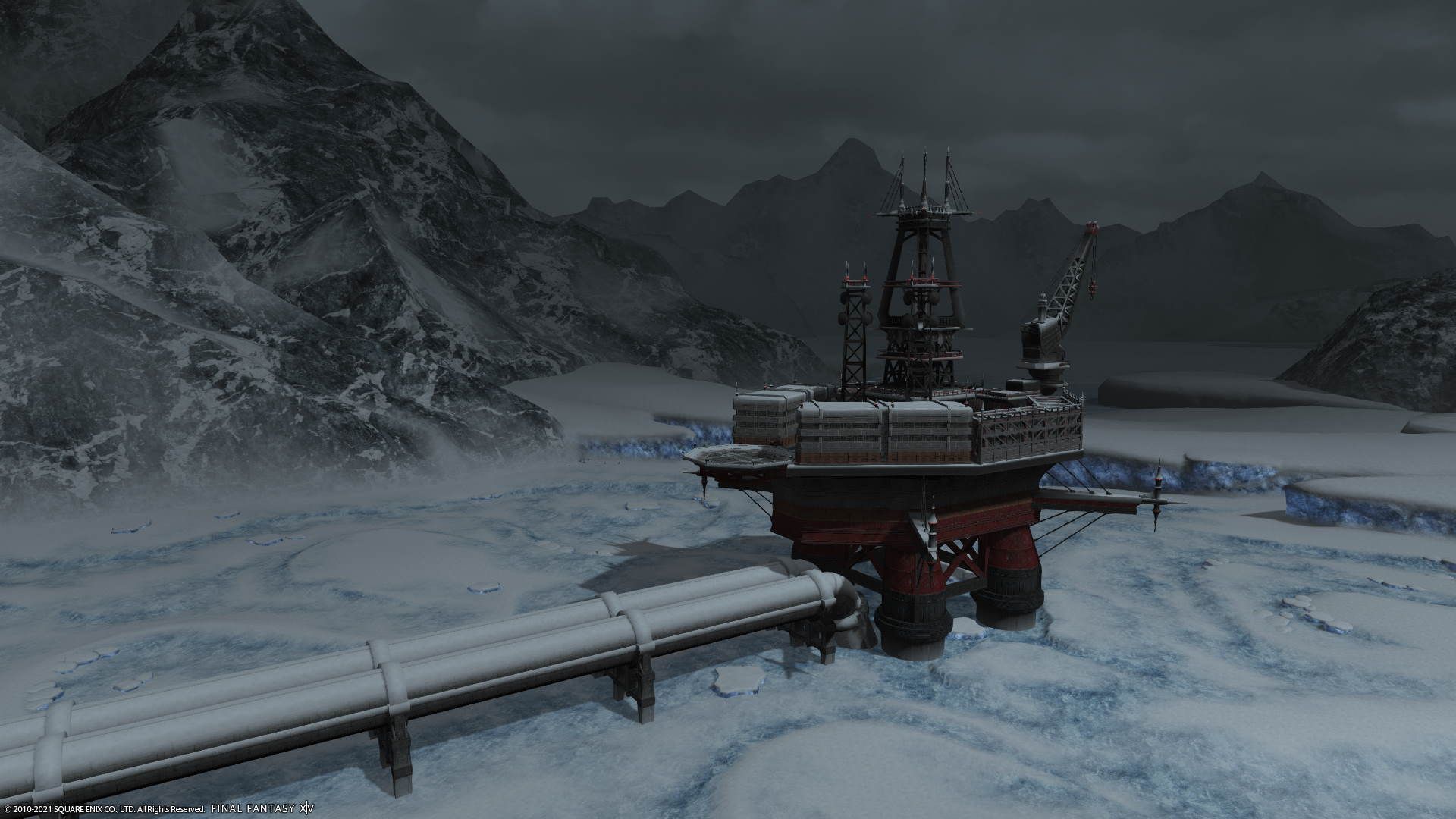 Out in the fields, a massive oil rig, for what I assume is ceruleum, brings energy into the city. Given Garleans can’t cast magic, they need all the energy they can get. 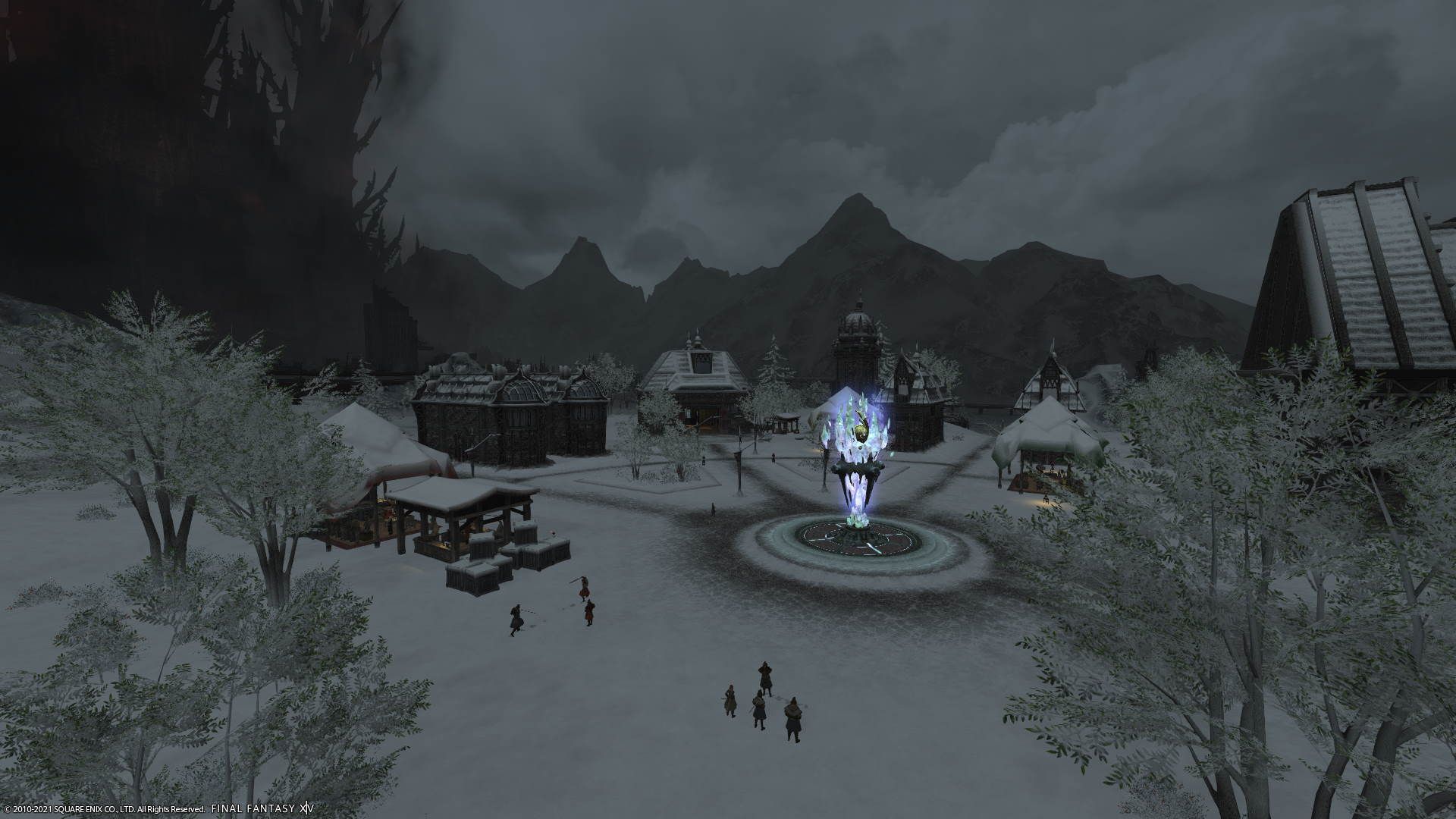 And finally, it appears the Grand Alliance has taken hold of a tiny settlement, dubbing it Camp Broken Glass. 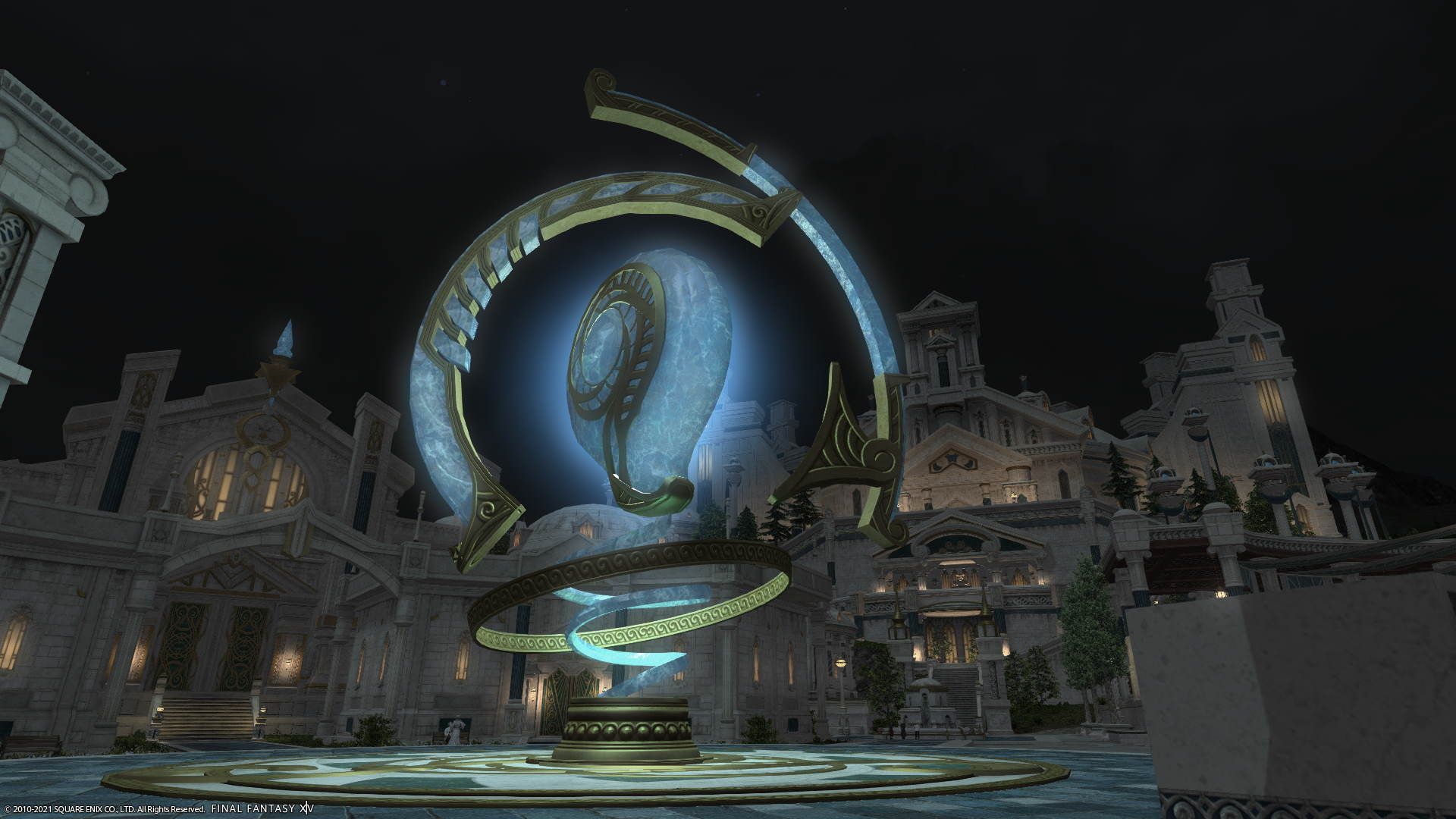 Finally, welcome to Old Sharlayan! The Aetheryte Plaza sits right above the Scholar’s Harbor to greet you into the city proper, right in the middle of all the important city affair parts (and conveniently close to a residential district). 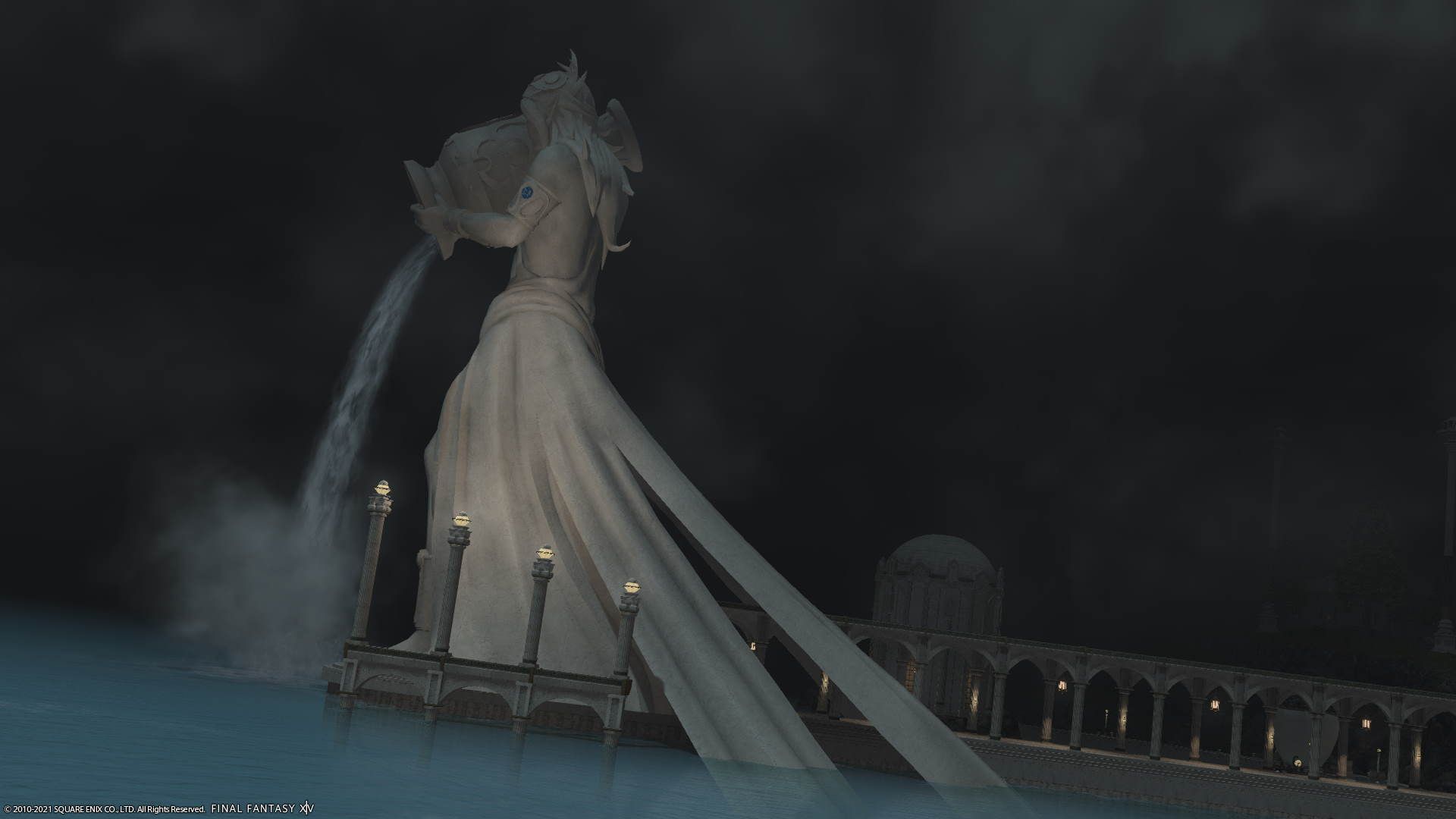 Yes, this fountain, named “The Scholar,” does just keep going. Unfortunately for you Group Posers out there, this is the best angle I could manage of it, so manage your expectations. 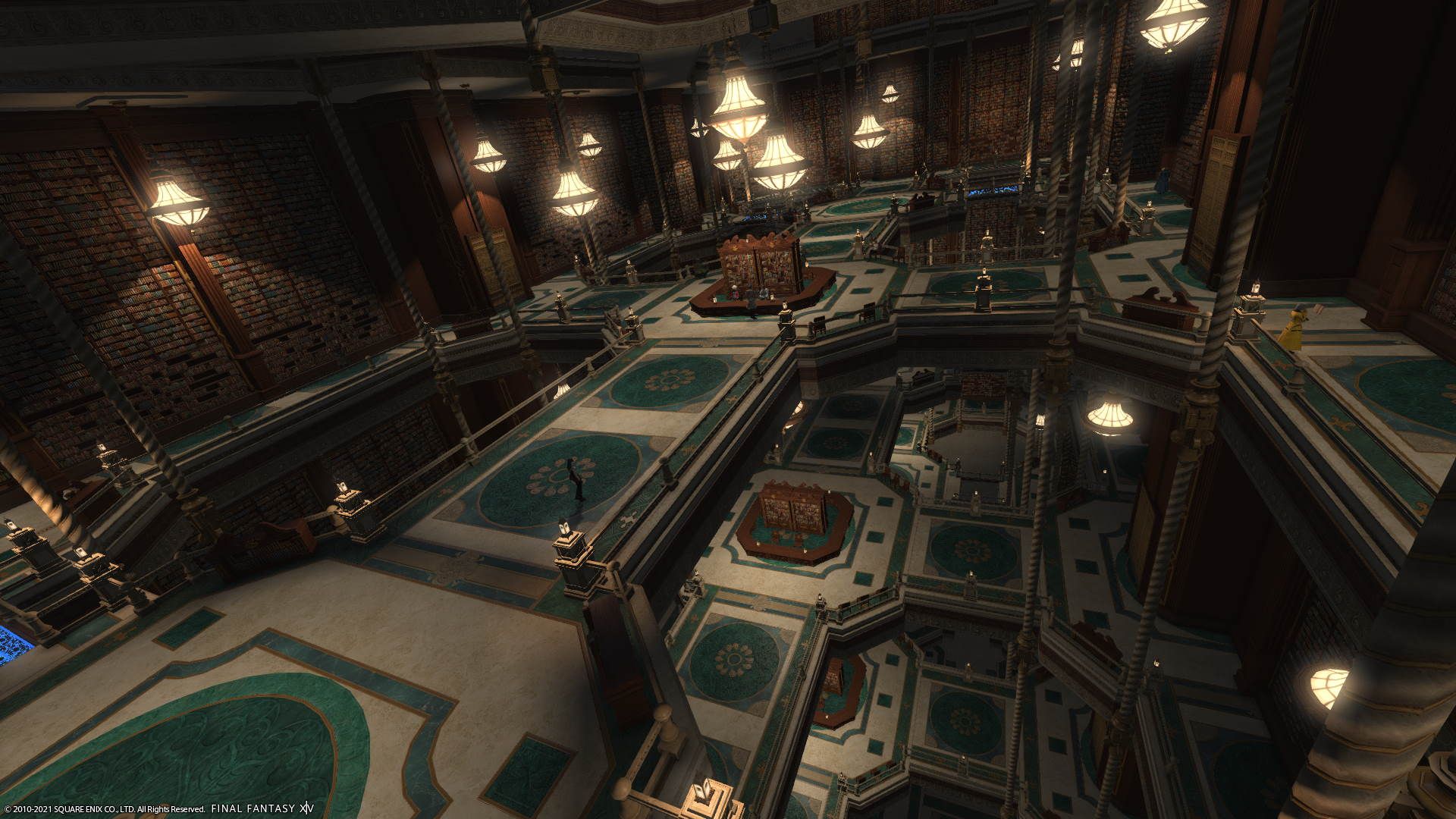 The Noumemon is a gorgeous, seemingly never-ending library that was hinted at during the Endwalker trailer. Hopefully we find something useful here… 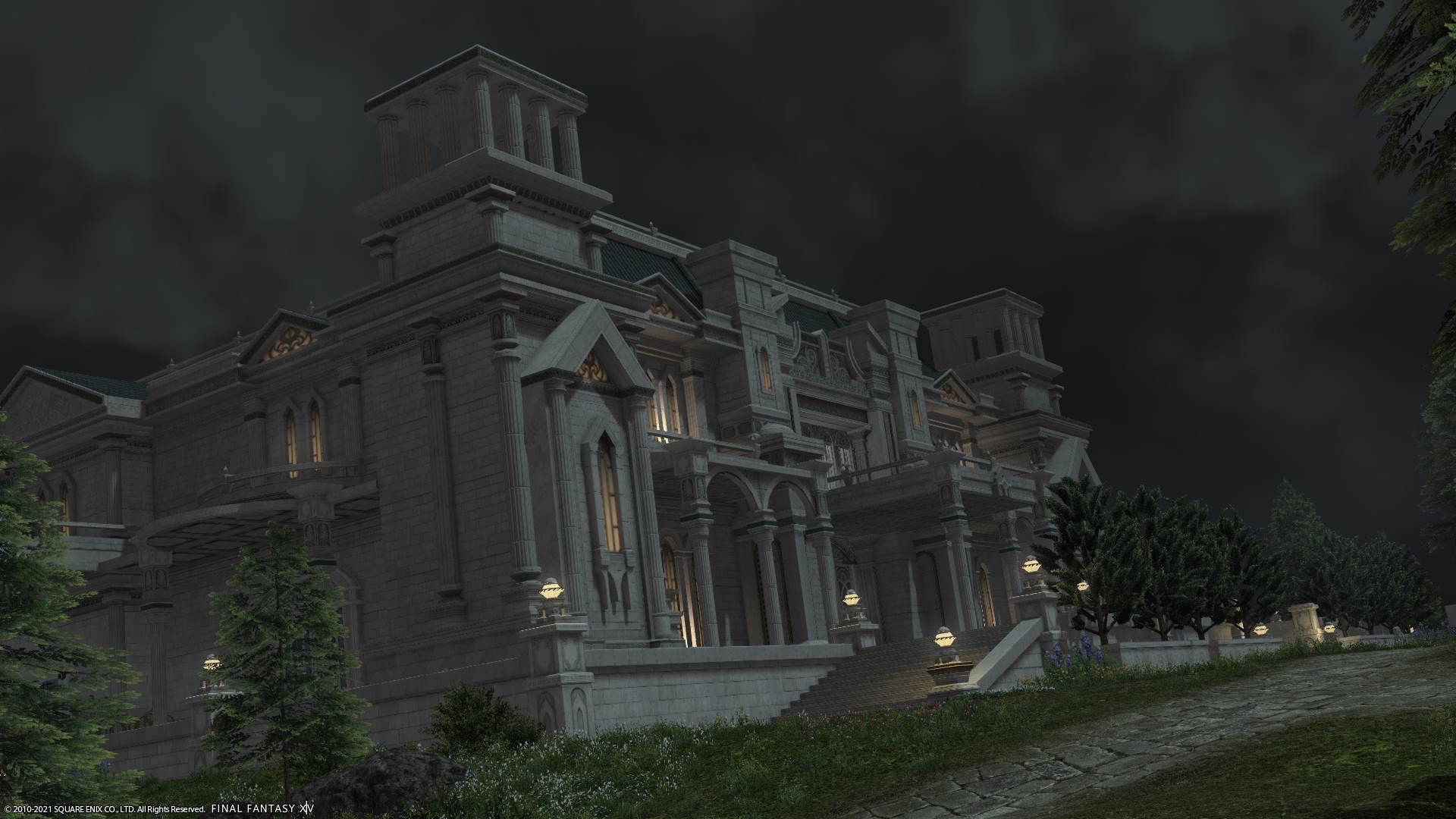 Finally, to end the tour, a surprise: This is actually the estate of the Leveilleur family. The only NPCs that I found didn’t reveal much plot, but you could enter it and explore the primary halls of the first and second floors. What will be be visiting for?

We have a fuller video tour available of Old Sharlayan, including some more gorgeous interiors!