Company of Heroes 3 aims to be the biggest entry in the series to date, and by the looks of it, Relic Entertainment just might pull it off. With two distinct campaigns aimed at telling the story of the soldiers who fought bravely in the most harrowing war in human history, Company of Heroes 3 is a massive RTS game that fans of the genre should come to love once it launches on PC in February 2023.

The Biggest CoH Ever

Company of Heroes 3 is ambitious, and that comes across when you consider just the amount the team is pouring into this RTS title. With two full campaigns, one of which takes place on a replayable campaign map that covers the course of the Italian campaign in World War 2, this is quite the achievement. When you realize that that is just the tip of the iceberg, with Company of Heroes 3 sporting almost three times as many playable units across four multiplayer factions (double from CoH2's 2 playable factions), 52 total maps with 41 of them being unique campaign maps, there is a ton going into this.

It's no wonder the team had to delay the RTS till next year: there is a lot here to polish to ensure it's the best quality it can be at launch. Thankfully, the vast vertical slice that the team at Relic let us go hands-on with earlier this month felt quite polished, and it was a great way to whet my appetite for the full experience when it finally hits digital shelves.

Central to the Italian Dynamic Campaign is the Campaign map. This reminded me a bit of Total War, where the maneuvering and flanking before the battle takes place on a grand and beautifully detailed map of the whole campaign, and it's here in Company of Heroes 3 where you'll decide so many of the factors that will influence the actual RTS battles. Do you decide to attack one city instead of the other, soften the city up with artillery from your naval destroyers first before landing troops on the beach? What about supply lines, or air assets? These are all decisions you'll make each turn on the Dynamic Campaign Map, and each choice you make has an effect on the RTS, and the narrative woven in between each encounter. 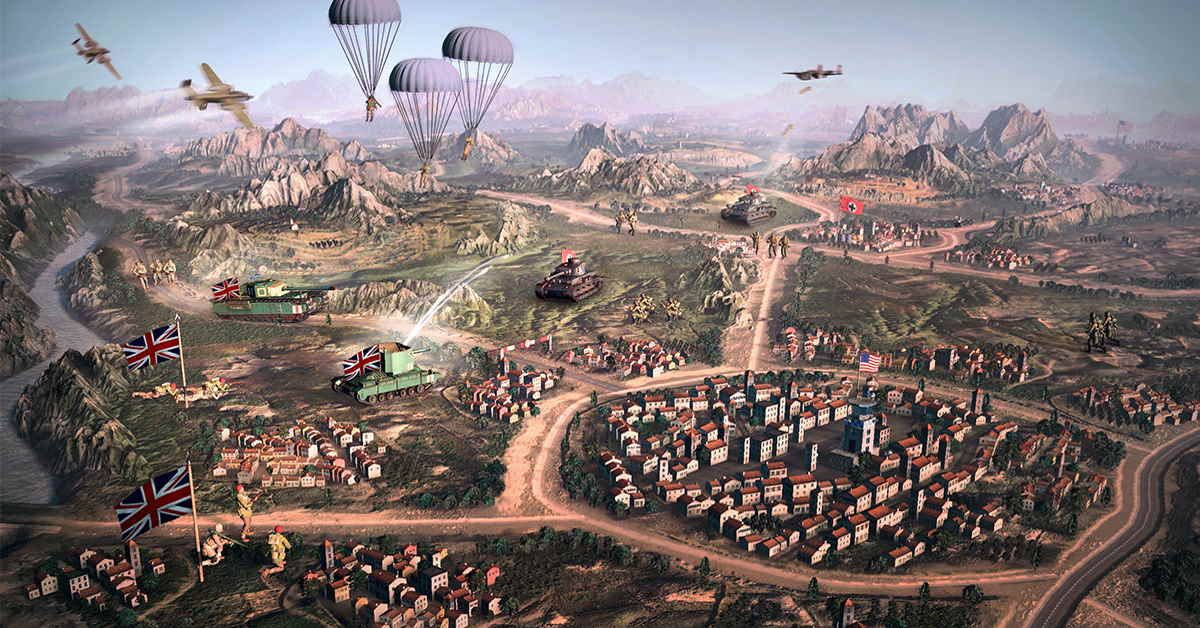 The campaign let me control both American and British forces, and so fittingly I found myself being tugged between the British and American commanders. Each of these commanders had their own ideas of how the war should be run, with the American being portrayed as brash, decisive, and arrogant, while his British counterpart was more methodical, if a bit cautious. Choosing between the two will affect your relationship with each, though since we really only had five turns it was hard to say what long-term effect that might have on the campaign, though Sega promises that these choices will affect the narrative. This means that you could be playing a fundamentally different campaign the next time you decide to hop in the Dynamic Map, and a different feeling one the campaign after. You know, replayability.

I really enjoy the banter between the commanders, though I'll admit that it felt a bit too over the top at times. I know Generals have egos and swing big sticks, but not every general was as bombastic as Douglas McArthur, and that's the caricature it felt Relic had gone for with the American commander here. I did appreciate the different approaches each one offered, though, giving me real reasons to choose one city to advance on over another, or even whether or not a Destroyer barrage from the coast was a good idea before landing my troops on the fortified beaches of Italy. I honestly cannot wait to dive fully into the campaign at launch, as I could see myself going back and playing each scenario out countless different times to see the results.

Thankfully, the gameplay itself in Company of Heroes 3 is still stellar and retains the exciting moment-to-moment action that the RTS series has been known for. Not much changed from the last time I played, though it was nice to leave the desert sands of Africa and take on the Italian Peninsula this time around, we did get the chance to set up custom matches this time to try our hands in more contained encounters.

Each of the four factions feels familiar, yet are distinct in what they do well. The Deutsches Afrikakorps are incredibly mobile and aggressive, using armor and heavy-hitting units to charge into danger, flank enemies, and more. By comparison, the British Forces are more defensive, aiming to cater towards a more beginner-friendly playstyle. 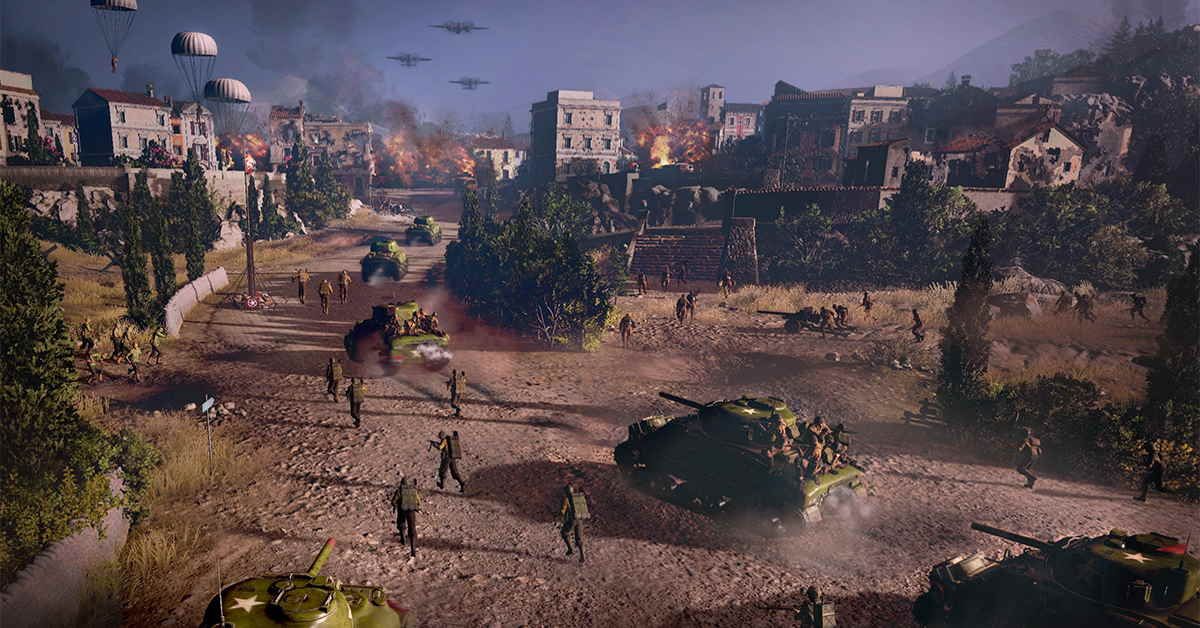 The Americans, by contrast, are aggressive, but not overly so. Utilizing armor such as powerful Sherman tanks as well a plethora of Infantry on the battlefield, the US Forces are a great counter to say, the Wehrmacht, which tend to turtle until the last moment, when they break through and overpower enemies.

Setting up a custom match, I opted for the US Forces, being the son of a military member myself there was a twinge of patriotic pride there for sure. Going against the Wehrmacht, I found out firsthand that some of the tactics that seem obvious at face value aren't the way to go in Company of Heroes 3.

For starters, recall your units to live to fight another day. In other RTS titles, I would simply let units die, replacing them with freshly made units from my home base. However, thanks to the Veterancy system in Company of Heroes 3, that is a waste. Units get better over the course of a match, meaning you're wasting that unit's potential by simply turning it into fodder while you make a new one.

This was a lesson hard learned in my AI custom match, where I saw unit after unit taken out by the computer's superior defense. Matches in CoH3 see you vie for control points on the battlefield, much like you do in the campaign RTS matches. These points give a steady stream of resources to use to build units, buildings, and more during the course of the match. There are three main points to control as well, so keeping pressure on those not captured while defending the ones held is paramount. 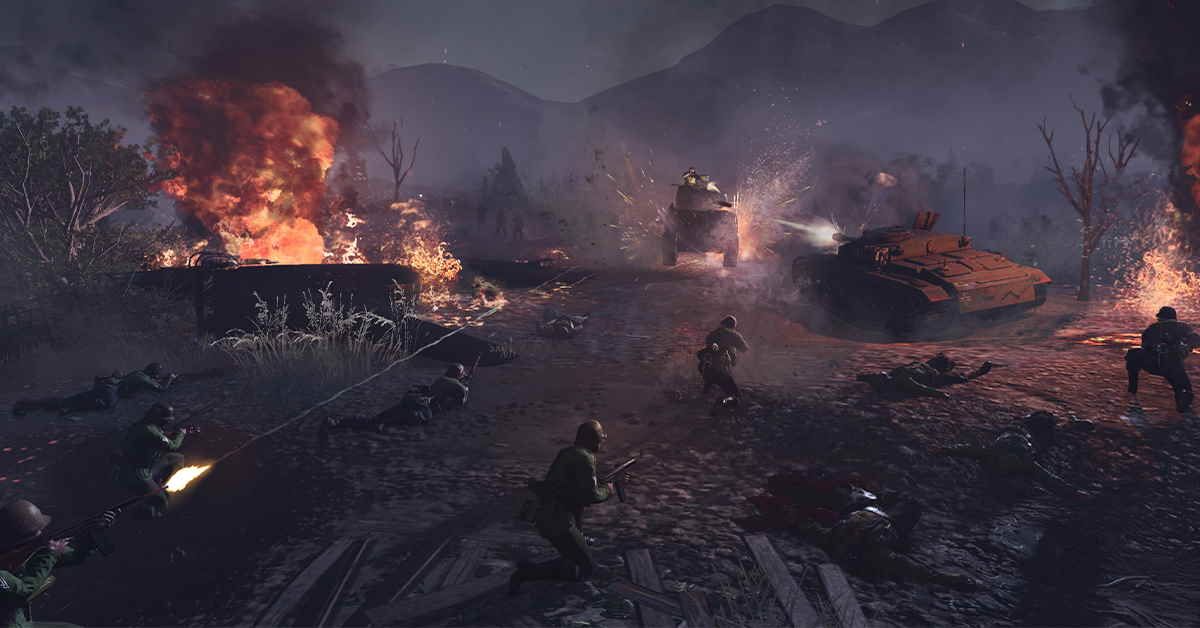 However, I learned the hard way that allowing units to fight to the last man meant that I was slow to respond to emerging threats (the units were gone and hadn't been replenished fast enough), but also I was running out of resources to build them. That first match ended almost as quickly as it began.

However, as I continued to try my hand, learning the ins and outs a bit more, I got better. Retreating to fight another day, even if it means losing a point temporarily is a much better strategy than simply standing and fighting to the last. Also, don't underestimate the value of multiple engineer corps. Keeping vehicles in tip-top shape to take on enemy armor is key to pushing forward into enemy lines. Being able to repair a Sherman tank in between fights made me more willing to risk the tank in engagements, especially when trying to flank enemy armor to take advantage of Company of Heroes 3's new side-armor profiles.

Honestly, that is the part about Company of Heroes 3 that I love the most. Most RTS titles from back in the day operated using the bog-standard rock-paper-scissors model, and by and large, they still do. But overwhelming opponents with numbers could very easily just override this, meaning oftentimes whoever could win the "bigger army diplomacy" question would win the match.

Company of Heroes 3 still hangs onto that to a degree. A larger force is a good advantage. But a balanced force, well deployed and put to its best use can still be overcome. Taking my units to dislodge enemies from a garrisoned building gives me not only a vertical spot to attack from but removes a static threat from the rest of my squad. 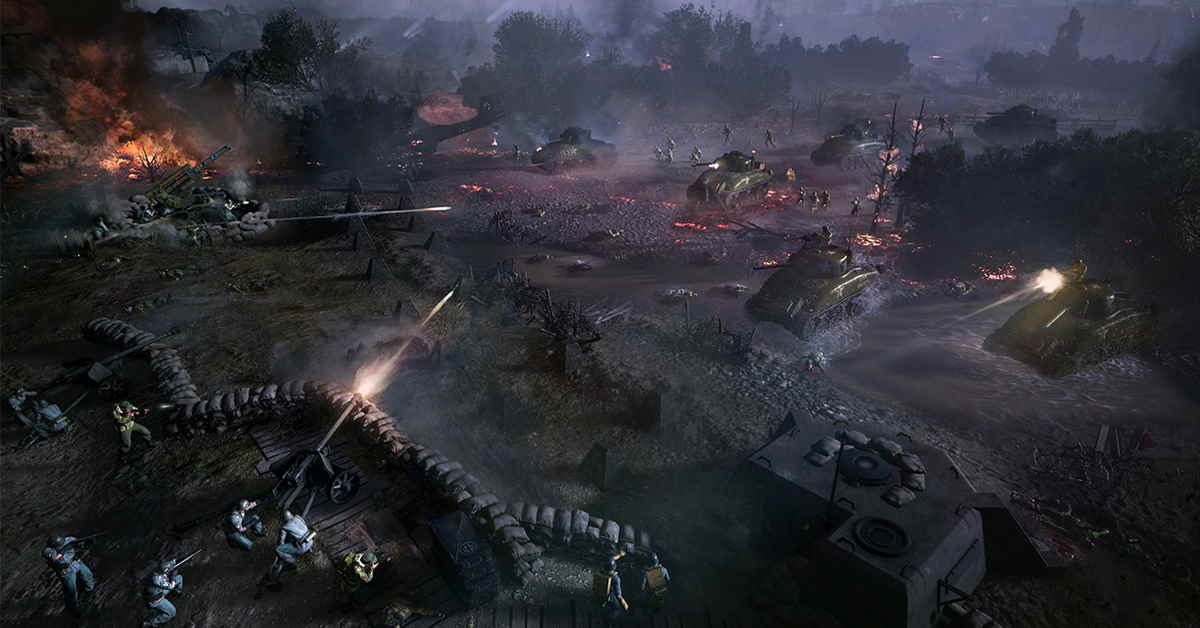 Not simply rushing in with units, but instead taking time to plot maneuvers using the tactical pause adds so much to this as well. Oftentimes I would find myself pausing the action to get the full lay of the land before deciding where my units would take cover, garrison, or move to in order to gain the upper hand. This tactical pause isn't available when playing against real people, but against AI in custom matches or the campaign, it becomes invaluable.

It was so satisfying dislodging an enemy sniper from a tower on the map, only to install my own moments later. Taking groups of highly trained infantry and using them to lock down a position while landing Airborne units behind enemy lines to flank the Germans holding the high ground above me. Lobbing grenades, using mortars, or even strafing runs from air assets keep every engagement feeling exhilarating and full of options so no two encounters even on the same map feel identical.

Honestly, it's got me more excited for Company of Heroes 3 to release than ever. I am finding myself craving jumping back into the Italian campaign, wondering just how much I can change things even in those first few turns to make it feel wholly distinct and new.