Spellbreak is releasing its next chapter update next week on April 8th, and with it is its new Dominion mode. A 5v5 mode that sees players fight over control points, it highlights what makes Spellbreak great: its combat.

The upcoming Dominion mode sees players put into teams of five as they fight over three control points. The maps for the mode make up parts of the overall Battle Royale map, and inbetween each of the control points are, well, other players as well as NPCs designed to keep you on your toes.

These NPCs don't actively seek you out or pick fights with you, but stray too close you could find yourself dealing with a fight from multiple sides. However, these NPCs can drop items when you kill them, making them tempting targets early on.

The traditional combat of Spellbreak is present: the spellslinging, floaty mages zip around the battlefield, chucking fire and zipping lightning at each other for supremacy. Thankfully, since this a game mode that forces multiple encounters upon players, when you are exiled you will respawn, bypassing one of the frustrations of many with traditional battle royale modes where when you're dead that's it - game over.

Instead, players are fighting to control three points to count up a score total. The more points you control, the fast the score will tick upwards - you know, standard control gameplay found in other games. However, what helps Spellbreak's Dominion stand apart from others I've played is simple: the combat is just really, really good.

I've always loved how the combat is a mix of managing resources and skill at pinpointing where your enemy will be rather where they are now. It reminds me of zipping around the map in Starseige TRIBES back in the day, managing jetpack fuel while lining the perfect shot with my Spinfuser Disc Launcher. Accounting for the enemy's momentum, the flight of the fireball I've just launched, my own mana reserves - all in the span of a few seconds keeps me continually on my toes. 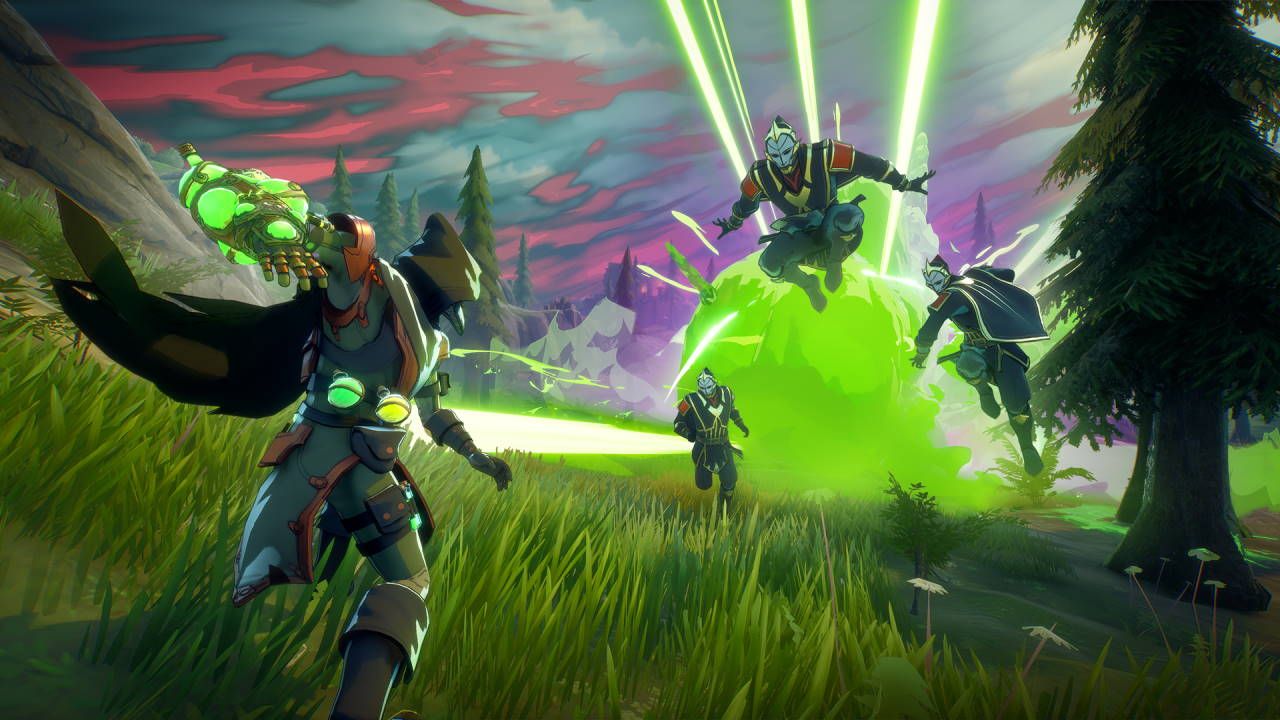 In the regular Battle Royale setting, you can go long stretches without a single bit of action, only for the meat and potatoes of your match to last 30 seconds before you're loading into your next match if things go south. However, in Spellbreak's Clash and now Dominion mode, you're constantly engaged in action when it flares up. You're able to learn from your mistakes, figure out the best combination of gauntlets and spells to take down your foes, and most of all: it keeps you engaged for the entirety of the game mode. Even Spellbreak's clash mode doesn't do that fully, especially if you and the other teams are spread way too far apart from the get go.

While I do appreciate the fact that I'm constantly engaged, there were moments where it felt the maps might be a little too small. There isn't a set size for each, as some are smaller than others, but there were times I was respawning only to be immediately met with a fireball to the face.

At least I didn't drop my stuff when I died.

Another aspect I like is some of the items like belts, shoes and such aren't present, allowing you to focus just on getting the gauntlets you need, as well as scrolls to level up your perks as you exile an enemy player. This simplification feeds into the action and pace of the game mode. Instead of trying to get an upgrade of my boots from a chest, I was more focused on slinging spells and taking control over points.

All in all, Spellbreak doesn't do anything drastically new with the control-point formula. You fight back and forth over the points and the team with the highest score wins at the end. It's pretty straightforward. However, what it does do is shine the light on its brightest coponent: the combat. Spellbreak is best when players are lobbing boulders or sending viscious cyclones at each other, and Dominion allows for that to happen in droves. It's definitely a mode to check out if you're getting into Spellbreak and just want to take part in the hectic, mage-flying action.

Spellbreak's Dominion mode will release on April 8th alongside its second chapter of the story. Check out the trailer below.