Battle royales are great for immersing players in the moment-to-moment competitive action, pitting your skills against that of another human for that “last man standing” adrenaline rush. However, what they lack are consistent worlds to care about. Fortnite has seemingly mastered this with their varied seasons and world events that shake the core of the world every few months. But games like PlayerUnknown’s BATTLEGROUNDS seems to have left this – plus fast texture streaming – on the table. Spellbreak is looking to start telling the lore of the fantasy surrounding the world of the battle royale, starting with their first chapter coming December 15th.

Coming with the new Chapters is a region called Bogmore, a new environment added to the Spellbreak map. The, well, boggy ruins really set a mood that felt as though I was lost in the bloom and fog of the swampy bog. The ruins made me wonder who was here before, and what happened to them - injecting those types of questions in my brain that fueled my want to learn more about the world Proletariat are creating. Thankfully, we were there to do some of those quests and learn more about what is happening in the world of Spellbreak. 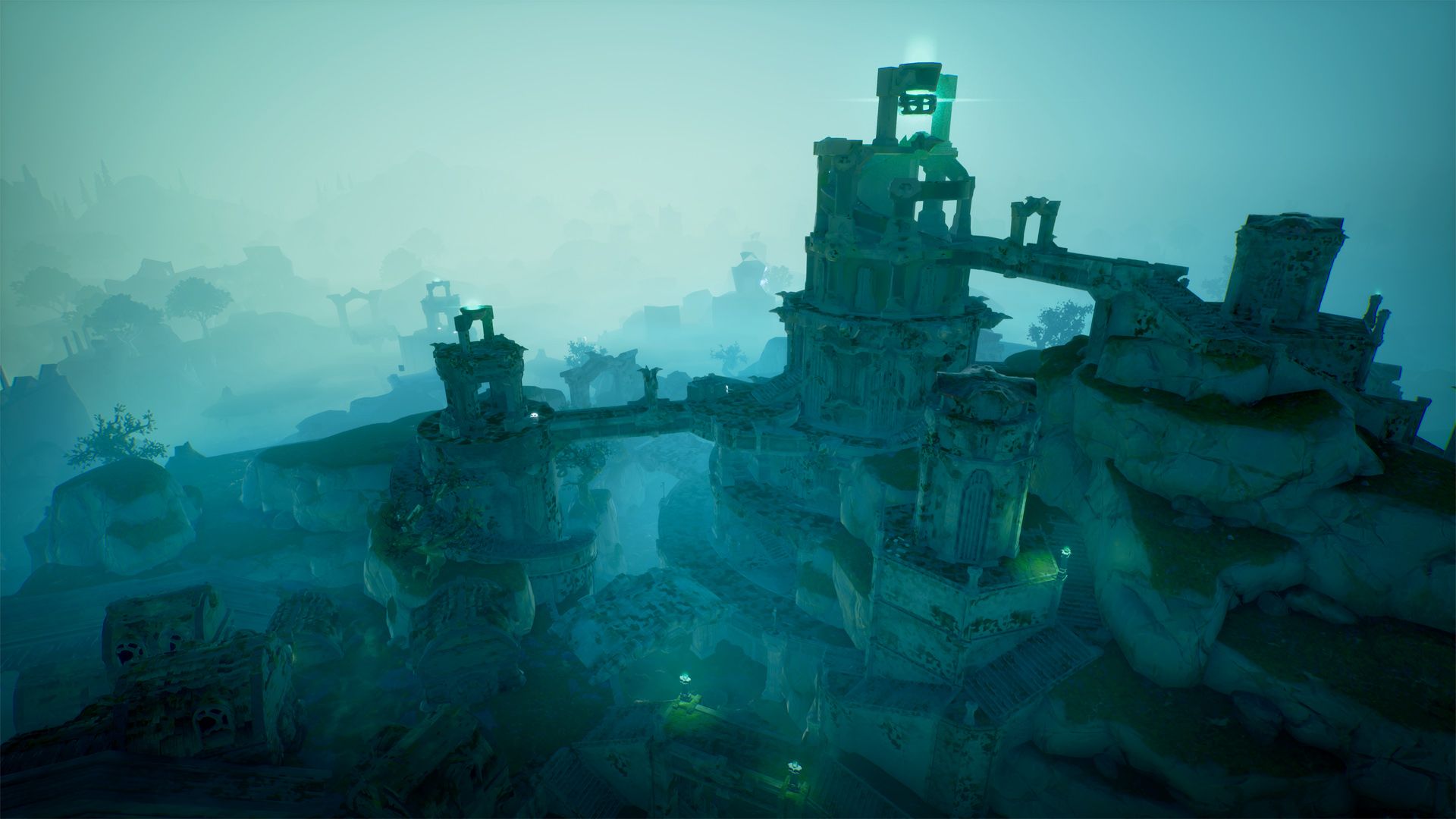 I had the chance to check out a few of the story quests the team has put together for this first outing, as I was curious how they would blend the frenetic action of a battle royale with the story telling necessary to make it compelling. The way the team at Proletariat are doing this is through fully-voices weekly quests, accessible through a new menu in the main screen.

Chapters will run for 12 weeks, and there won’t be any space between the end of one and the start of another. The team is hoping to have a seamless transition from one to the next, continuing the adventure for those who are interested in taking part in the quests that, in some ways, also shape how Spellbreak is played.

Tied to, though independent of, the chapter quests is Spellbreak’s take on the Battle Pass we’ve seen in most Free-to-Play titles in recent years. Called the Chapter Pass, this is an unlockable quest chain to earn you cosmetics as you play the BR normally and isn’t tied to the progression of the story chapters themselves, instead tied to the honor quests players have been doing already. Progressing the honor quests will progress your Chapter Pass, unlocking cosmetics to kit out your spellslinger for future fights.

We got to play three quests in the middle of the Chapter, all aimed at identifying the Spellstorm (i.e. the dreaded “circle” in every battle royale) even more, so the first quest was rather simple: I had to survive two Spellstorms closing in on us. The next quest had me actually venturing into the Spellstorm in search of portals that would pump me out elsewhere on the map. A fast way to get into the circle, but they are a one time use, so your teammates might be screwed if you leave them behind, especially since the drop points are also randomized.

However, that brings up a good point as to how the team at Proletariat are approaching these quests also – they aren’t trying to take away the core gameplay that many have come to love with Spellbreak, rather they are trying to introduce new elements to make that gameplay more compelling. Imagine the last vestiges of the circle are upon you and the quickest way to get into the safe area is through a portal, but another team is also hunting for them – it opens up new chokepoints and chances for some wild encounters, all the while the Spellstorm is eating away at all of you. 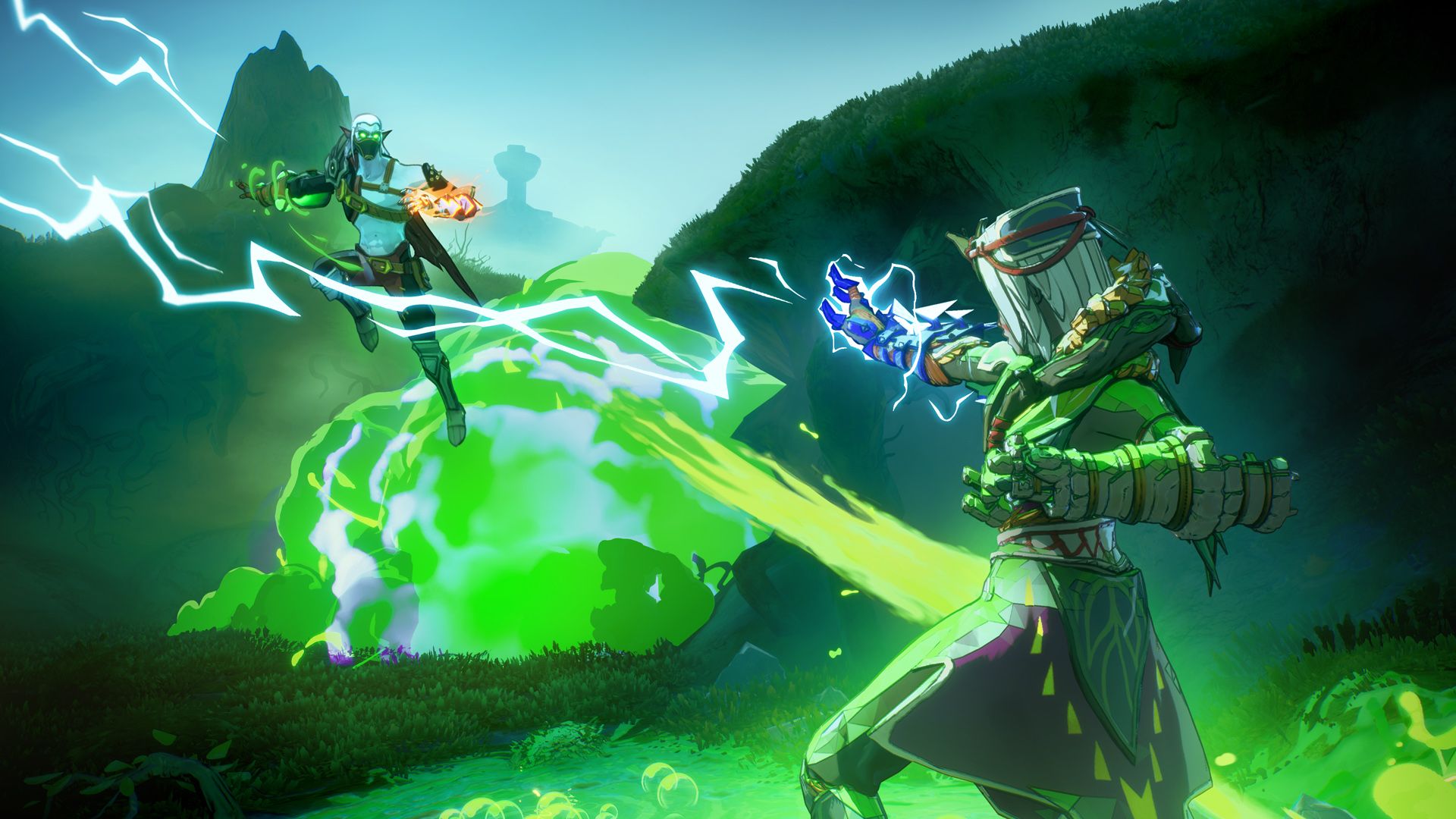 The third quest is another one of those that could bring up conflicts from players all trying to get the same objectives accomplished saw us finding ruined towers and setting up beacons to study the Spellstorm. These beacons are limited, so you may have to play more than one match to accomplish your quest – something the team is well aware of and is planning for when creating these quest chains for each chapter.

Quest themselves will be doled out on a weekly basis – so you’ll have plenty of time to get enough matches in to complete the quest. Once the week is up, the quest progresses, whether you completed it or not. However, the Chapter Pass quests are independent and carry over – so if you buy the pass at Week 7, you can still unlock everything that came before instead of missing out on the stuff Proletariat is putting in there.

It’ll be interesting to see how this tactic evolves and works long term. It’s not a new thing to see a battle royale try to inject the story into what’s happening on the battlefield, as I mentioned Fortnite has been doing so with great success. But for all the story tie-ins and map shattering events, Spellbreaks feels more self-contained, more interested in world building rather than just shaking things up.

Spellbreak’s Chapter 1 will hit the game on December 15th, as will its much anticipated Steam launch, will full cross play and cross progression across Steam, Epic and consoles.