Co-founders Aidan Karabaich and Anthony Leung started Singularity 6 in 2018 and made headlines in 2019 with Series A financing to the tune of $16.5 million. The game they were developing was to be a community sim, set in a high fantasy world. After this, the team went silent again. Last week the co-founders and Edaleen Cruz, Community Lead, hosted a panel presentation about their new MMO Palia and what players can expect from the game. We now know more about this stylized fantasy world, and yet still not enough.

When first introducing Palia, Anthony asked us to “think Animal Crossing and Stardew Valley, beloved by our whole studio, with elements from the open-world adventure genre.” Other inspirations for the team include the Zelda Breath of Wild creative direction, gameplay element from the Sims series, and the multiplayer of Minecraft. They hope to bring their ideas all together in a high fantasy setting that is rich in lore. 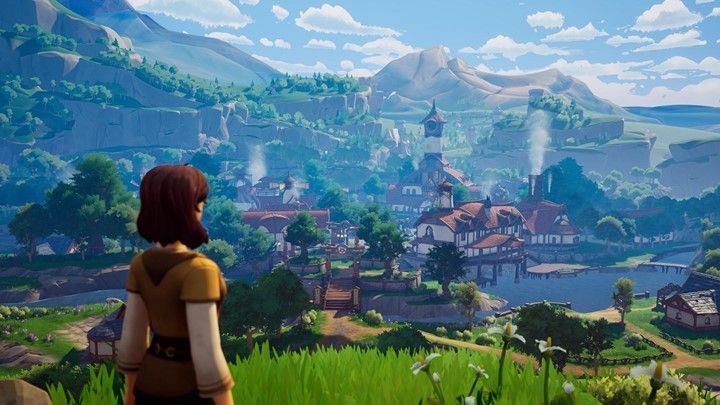 In Palia, humans are the legendary race that was known for being powerful in magic. The player will take on the role of a human who has just awoken in a nearby set of ruins. You will be able to make your way to the nearby fishing village to begin meeting characters and helping the community. 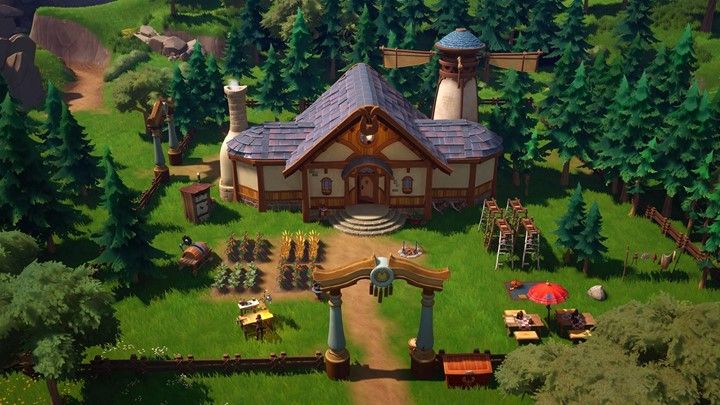 The game will have an emphasis on character customization and the customization/building of your housing plot. During the presentation, a slide noted that at release there would be over 1000 home décor items and that players could have friends help decorate and design their homes. Housing will also not only focus on the interior but also the exterior area of a plot. Players will be able to place items in almost any location they wish. Aiden gave an example of a player wanting a bathtub in the yard next to the roses. It is your home to decorate.

Guilds will also be present but are known as Neighborhoods. I did ask if the equivalent of guildhalls would be part of Neighborhoods? They said that there are so many features for the neighborhood system, and it would need a separate presentation session. Though one feature most requested by players is cooperative builds. 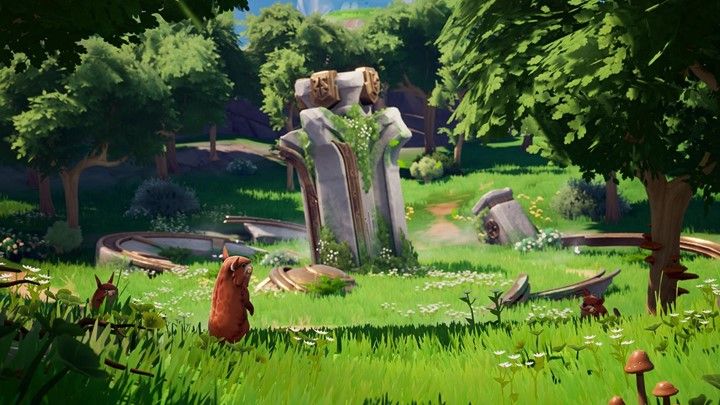 The world of Palia sounds like it will be a character unto itself. With a day/night cycle and dynamic weather system that will impact gameplay. While the initial world will be a smaller game space, the team plans to expand it over time so players will have more to explore as the story unfolds.

NPCs and the storyline will play a heavy role in the game. The player will develop friendships, explore romance options, and use a gift system to influence characters. The team plans to continually expand on the cast of characters over time as the story progresses. Players can expect to see different races throughout the world that include but are not limited to an elf-like race and the golem race seen in the trailer.

Player activities mentioned during the presentation included exploration, fishing, cooking, farming, climbing, and hunting. Each one can be done solo but has incentives/bonuses when collaborating with other players. One example of collaborative crafting was two players cooking. As one player finished a task, the other stepped in to complete the next one or could help the first player. The cooperative reward system would then allow each player to receive the item being created once completed.

While I do enjoy crafting/building, I love exploring. For those like me, there is a combat system in place. But players who have no interest in combat do not have to engage in it at all and instead progress through the game in other ways. I asked if there would be dungeons or something similar to explore. They reconfirmed that there would be a lot of open-world exploration content for players like myself. There are plans for a kind of dungeon session-based style content, but it sounded like it would be a future activity for players to engage with as the world expands.

You can develop skills in the areas you want to complement your Palia identity. This sense of identity was one focus of the presentation. As an example, you could choose to be a dragon monk. When I asked if the game was class or skill-based, they reiterated that it was about the flexibility of building the character how a player wanted with the skills they have. So, most likely a skill-based system with a robust wardrobe/cosmetic system.

While no specifics were provided it sounds like the game will have smaller servers. Social matchmaking will allow players to group up with friends easily and form neighborhoods. I expect you will be able to visit or transfer between servers due to Palia's community focus.

The big question of cost/pricing/MTX? We asked, and the team is not quite ready to talk about it yet. They think that players will be really excited about the conversation around pricing. But they want to talk about it separately in the future.

I am intrigued by Palia. The player character design reminds me of Everquest Next. As a fan of what could have been a great cooperative PvE game, Palia is sparking that same initial reaction, but without the voxels. Dare I hope again? There is a lot of interesting ideas here. It almost has a small-town vibe to it after having watched the trailer. The co-founders stated multiple times that they want Palia to have that cozy vibe and cooperative atmosphere.

My wife and I may even start a blog about the game and our life in Palia, it just has that feel and potential. I do want to get some hands-on gameplay time before I fully jump on board. Luckily, if you are like me, Palia’s Pre-Alpha sign-up for PC is now open on their website and it will be starting later this summer. Hopefully, we will see you around the neighborhood.