Deceive Inc is the exact type of game I love to play but am utter rubbish at. Let me explain.

Deceive Inc relies on stealth, cunning, misdirection and more to make your way through each heist, aiming to steal the package before your rival spies can lay their hands on it themselves. To achieve that end, you’ll need to blend in, investigate, but not in a way that draws attention to yourself, and eventually recover the package you need to extract with.

As much as I love stealth titles, I’m absolutely rubbish at them. Throw in the added PvP element of the game, and I’m more likely to instigate chaos rather than calm, collected, and undercover gameplay befitting a spy.

Deceive Inc is very much trying to evoke all the spy epics many of us grew up watching as kids. Evoking films where it was more about the funky gadgets, outrageous moments, and the campy humor of 70s spy epics rather than the gritty realities of modern-day spy thrillers, Deceive, INC brings an aesthetic that’s hard to hate. The browns and muted colors of the 70s feel as though they’d fit right in an old Roger Moore James Bond movie. So I’m surprised to find out then that the idea for Deceive didn’t come from a spy movie at first, but rather its gameplay can be traced to a very different inspiration: Dark Souls 3.

“For the gameplay itself, there’s a ton of games with social stealth,” Philippe Pelletier-Baribault, co-studio Head and Designer at developer Sweet Bandit Studios explained during a press event last week. “but the biggest inspiration actually in making Deceive was Dark Souls 3 PVP, funnily. You could disguise yourself by equipping armor that made you look like an NPC, and there was a lot of fun stuff from that.”

From there morphed the idea of taking this inspirational kernel and broadening it, settling on the spy genre for their social stealth deception title. As such, one of the key mechanics in Deceive, INC is the fact that in order to keep under the radar from your rival spies, you’ll need to blend in with your surroundings.

While some gadgets let you take the visage of a chair or a cardboard box, the most common way will be to disguise yourself as one of the various types of NPCs in each level. Some NPCs are simply civilians, invited to a party that also just so happens to be in the same building as a multi-tiered facility, complete with technicians, armed guards, and conveniently placed escape pads.

Each NPC has certain levels of access, Green suits are low-level employees while labcoat-wearing technicians are able to access some of the upper tiers of the level. To access each level, regardless of disguise, you’ll need to gather intel at various terminals around each map. This intel acts not only as a key to hack your way past key-card guarded doorways, but also unlock safes that carry upgrades to help you con your way through each puzzle. Intel is also used to buy ammo or replenish health – it’s rather important. 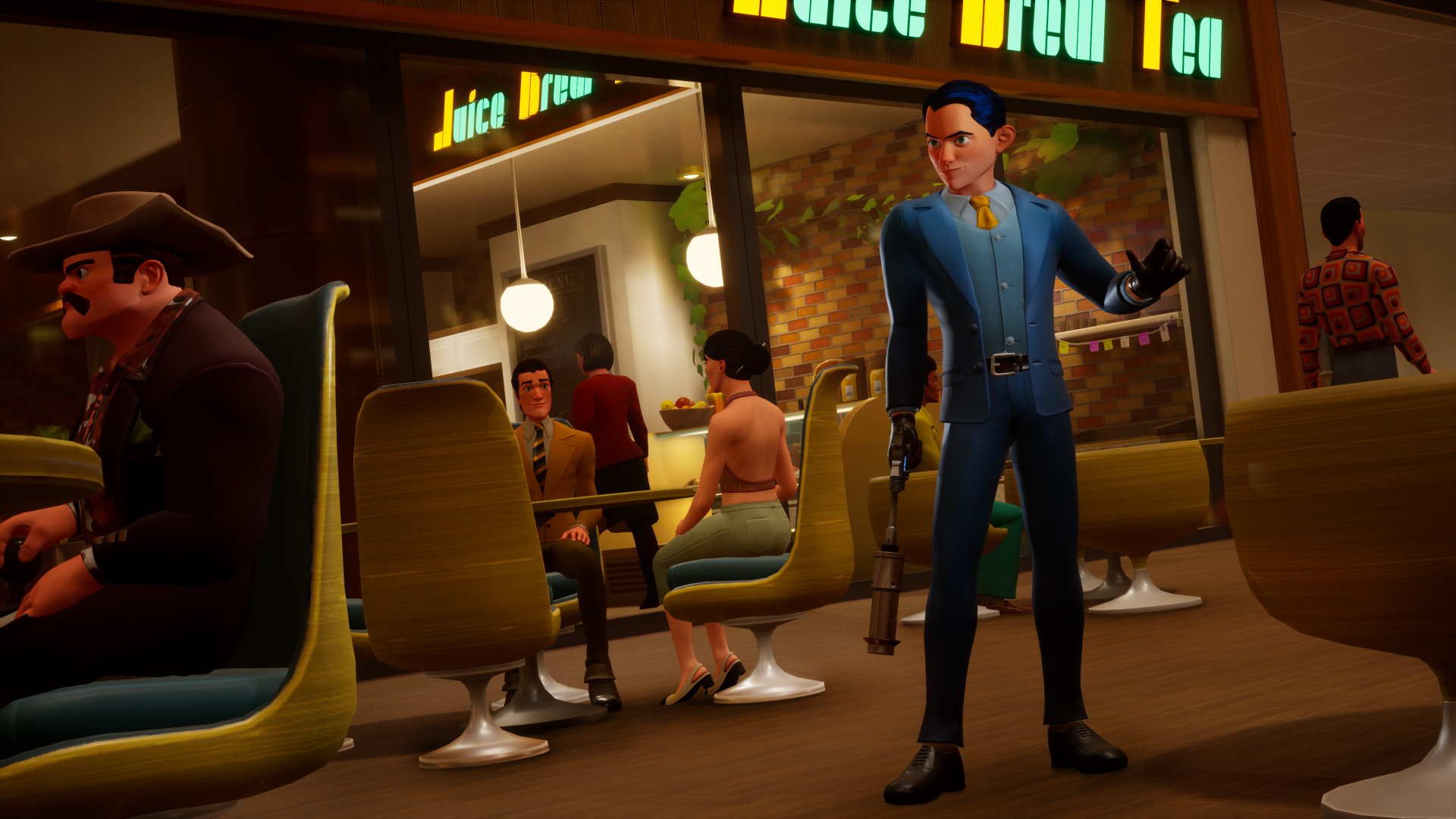 As to who you’ll be in your spy escapades, Deceive Inchas a bevy of agents to choose from, each sporting different play styles and skills to make each feel unique. While they do fall into various archetypes, they still handle rather differently from each. Squire’s silenced pistol handles much differently than Hans’ powerful shotgun gauntlet.

My favorite in the session was Madame Xiu and her viper rapid-fire crossbow. Her skill, Cobra’s Deceit lets you swap places with any NPC, making it easy to pick my way through a crowd quickly, as well as get close to an NPC that was acting very agent-like indeed. Each character has their own set of skills to choose from, making each quite versatile.

However, as every spy knows, gadgets are a One of the most useful is a giant balloon mat that can expand to bounce you up to a high place, break your fall if you end up needing to jump off a high spot to make good your escape, or even put inflated to block the path of a chasing rival agent.

“The Bounce Mat was actually the original gadget,” Baribault explained in our interview. “I think it’s really emblematic of what we want to do with gadgets in the sense that it’s extremely versatile. You can use it in a lot of creative ways. You can bounce yourself up of course through a window, you can throw it down a roof and jump on it to break a fall. You can throw other players into the air by throwing it at their feet and inflating it. You can even get some kills in some maps as well. You can also inflate it in the doorway to block it.”

The idea here is to create versatile gadgets that are not fun to use one way but offer multiple uses to make each one more than just a one-trick pony. Some gadgets will be more specialized, but according to Philippe will offer a way to fit into some very compelling playstyles. One such example is a trap gadget that lets you trap pieces of intel, security doors and more, highlighting players who act on it and let you, in a way, hunt your enemies. This would be perfect for those players who want to forgo trying to deceive each other and instead hunt the competition from the outset – a perfectly viable strategy, especially in a team game where you can leave the intel gathering to your mates. 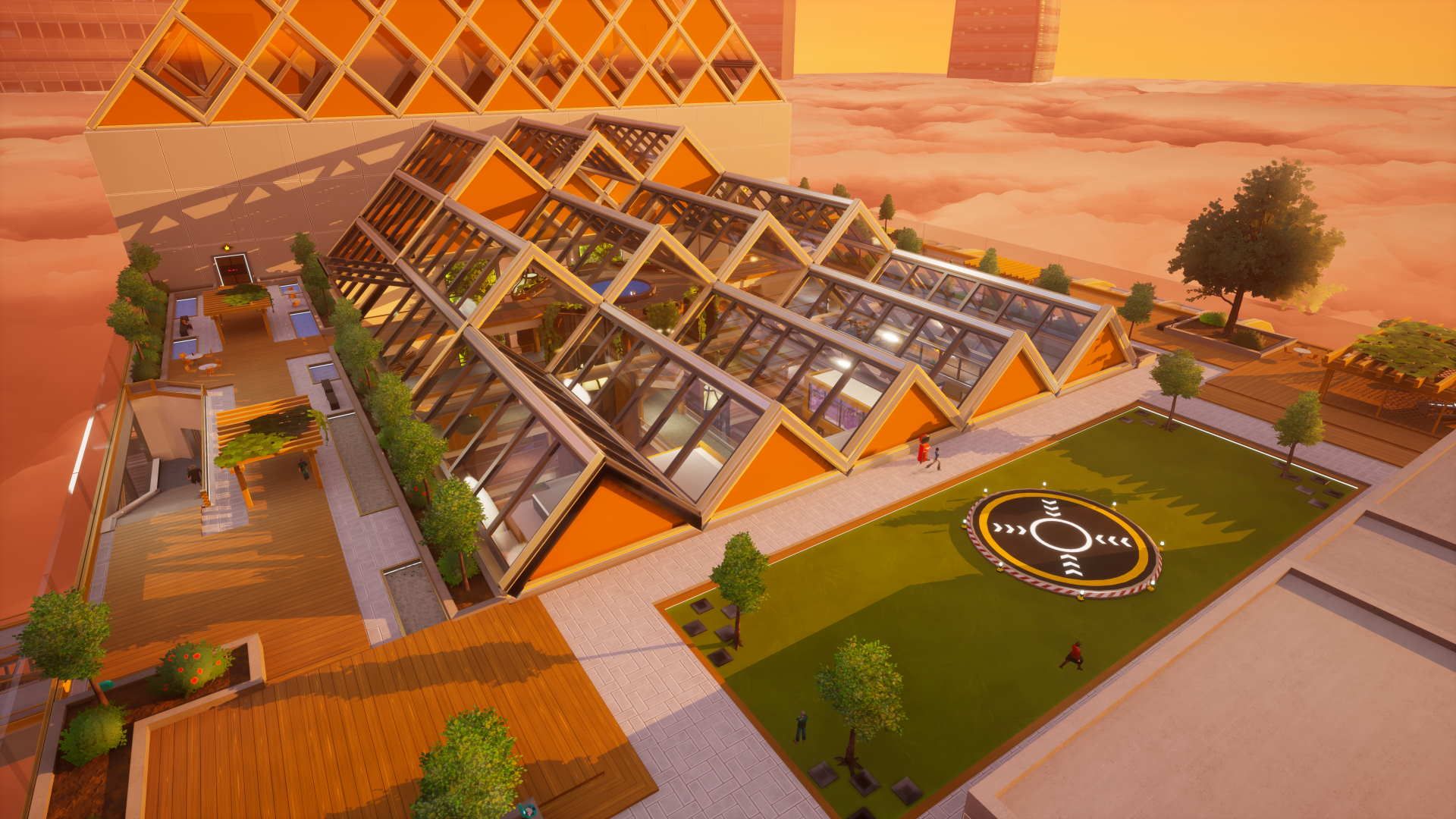 You can also use items such as a scrambler to, erm, scramble nearby gadgets, or even an auto turret that fires on any enemy that moves. There is a wide range of gadgets to choose from, and over the course of development, Sweet Bandit Studios will continue to iterate and balance to make sure each is viable come its early 2023 launch.

Staying undercover is vital to success in Deceive, so much so that breaking your cover is oftentimes a way other players will try to trip you up. By blocking a passage with the Bounce Mat inflatable, if you’re determined to get through there, you’ll need to hit the balloon. But doing so will break your cover, meaning if you’re in an area you’re not supposed to be, security will be quick to point that out (or any rival agents in view as well). The end goal is to escape the compound with a briefcase located in the most secure sections of the compound before your rival agents do so.

It's here where the stealth and deceit during the infiltration phases goes off the rails. Once an agent has the package, all hell seemed to break loose as it was a mad dash to figure out which extraction point that agent would be taking, as well as trying to get the package from them yourself. These moments tended to devolve into wild chases, with players taking out each other in a mad dash to victory. Once you have the package, your location is telegraphed to the rival agents on the map every few seconds, meaning you’ll not be able to hide for very long. 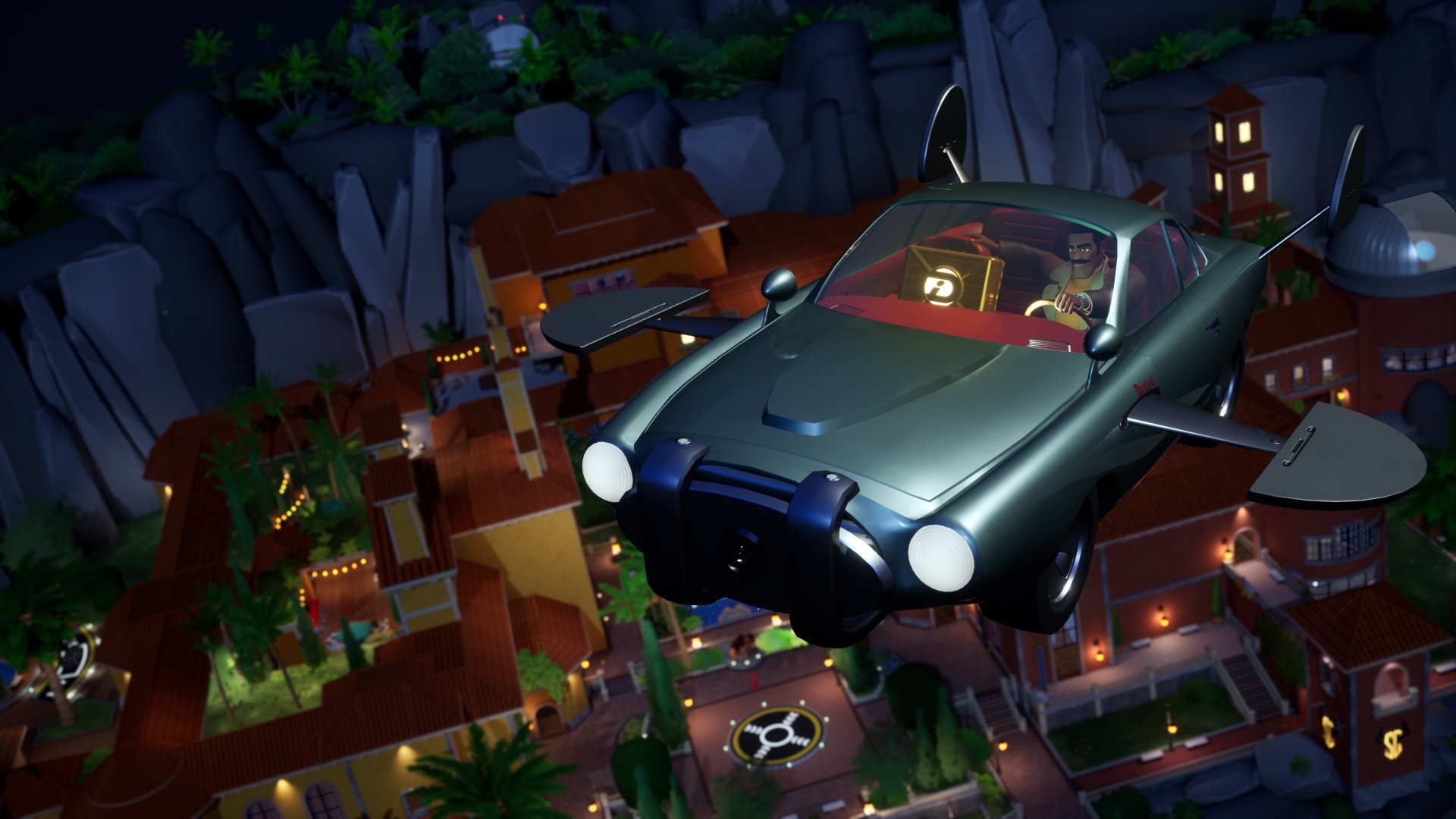 It's not just players too you’ll need to watch out for, as the NPC security will start to attack anyone causing mayhem at the party. One of our matches with the developers saw us corner Philippe near the extraction vehicle, but there were at least three or four live players as well as multiple NPCs all firing at each other. Players would start to try to play the NPC security guards off each other while they searched for the briefcase. It was an interesting dynamic that combined some of the extraction shooter gameplay we’re seeing out of titles like Hunt: Showdown or The Cycle with the gadget gameplay Deceive Inc has on offer.

I lost every match I played of Deceive Inc, but I had a blast playing each round. The hectic combat combined with the wacky gadgets throwing things into the mix (seriously, popping up after disguising myself as an office chair to take out a rival agent was the best) made Deceive an absolute blast. I might still be rubbish at stealth games, but Deceive, INC makes me want to improve before it launches next year. Either way, whether I’m the ultimate spy or simply fodder for my more deceitful teammates, it’ll sure be a fun time regardless.