Last year Solasta: Crown of the Magister was one of my favorite games for the entire year. It has the best implementation of D&D tabletop in a video game I have ever seen, without many of the compromises most RPGs make. Since it launched last year, Tactical Adventures have not been sitting around twiddling their thumbs. One of their most significant updates was the Primal Calling DLC, which added Druid and Barbarian for those who bought it and added a ton of quality of life updates for everyone even if they didn’t buy it. Now on April 14th, the next DLC, Lost Valley, will launch along with multiplayer. I had the pleasure of playing through some of the new DLC with Mathieu Girard, CEO & Creative Director; Emile Zhang, Community Lead; and Pierre Worgague, Marketing Director. So let’s jump right in and discuss these new updates.

The ability to play with friends is what I’ve wanted to be added to Solasta the most. Although it is arriving with the Lost Valley DLC, multiplayer will be available to everyone regardless of whether you buy the new DLC. So don’t let the timing fool you. Additionally, all content, current and future, will be compatible with multiplayer. When they say all, they mean all, so this does include content created in the dungeon maker tool.

One player acts as the host and will create the game for other players to join. Each player can either create their own character at the beginning of the session, import one of their already created characters, or if the host already has a save with characters already created, play one of those characters. It’s an incredibly flexible system that puts ease of playing together at the forefront of everything. It’s also flexible in that each player can play more than one character if needed, which is helpful if you don’t have three friends available to play Solasta. 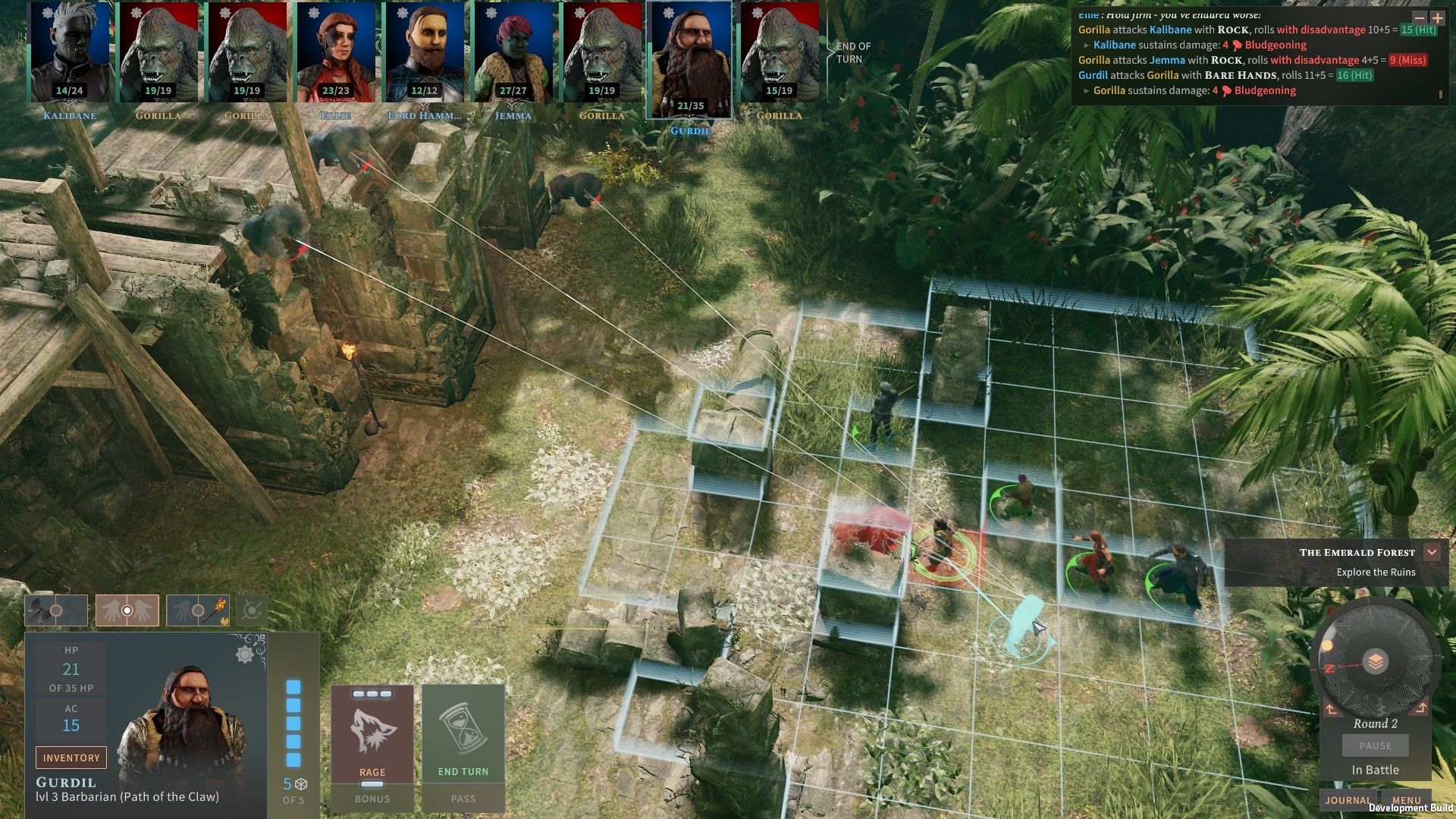 The host also determines what content is available. For example, if I don’t have the previous Primal DLC or the new Lost Valley DLC, but I join a game with a host who does, I can play through the Lost Valley campaign and create a Druid. Another QoL aspect of this is that each player can also create their own saves of the game, so if the host stops playing, the other players can keep playing with the same characters on their own. However, in the specific instance, I mentioned before, if I wanted to keep playing Lost Valley on a Druid on my own, I’d need to go pick up those DLCs. Additionally, if I had been working my way through either campaign on my own, I could load up my save in multiplayer and bring in some friends to play with me.

Loot is handled first-come, first-serve, although everything can be traded around as needed, similarly to how it’s done in the single-player version. Gold is shared with the group. Aside from those two things, gameplay flows precisely as it does in single-player. The only other change is when there are dialogue options, the group votes on which option to choose. Since there are four players, ties can happen, and in that case, the host will be the tiebreaker.

The Lost Valley DLC adds the first new campaign to Solasta since it launched and is a complete level 1-12 story. Worgague said it generally takes around 20 hours to play through, but that can vary depending on how much you explore and do side quests. Unlike Crown of the Magister, Lost Valley is a nonlinear story. Choices made during the storyline and gameplay will affect how everything unfolds. We only played through a small portion of the new campaign, but it was clear that Tactical Adventures has leveraged everything they learned while creating the first campaign to their advantage here. I’m looking forward to playing through the entire storyline and seeing how far they pushed things. 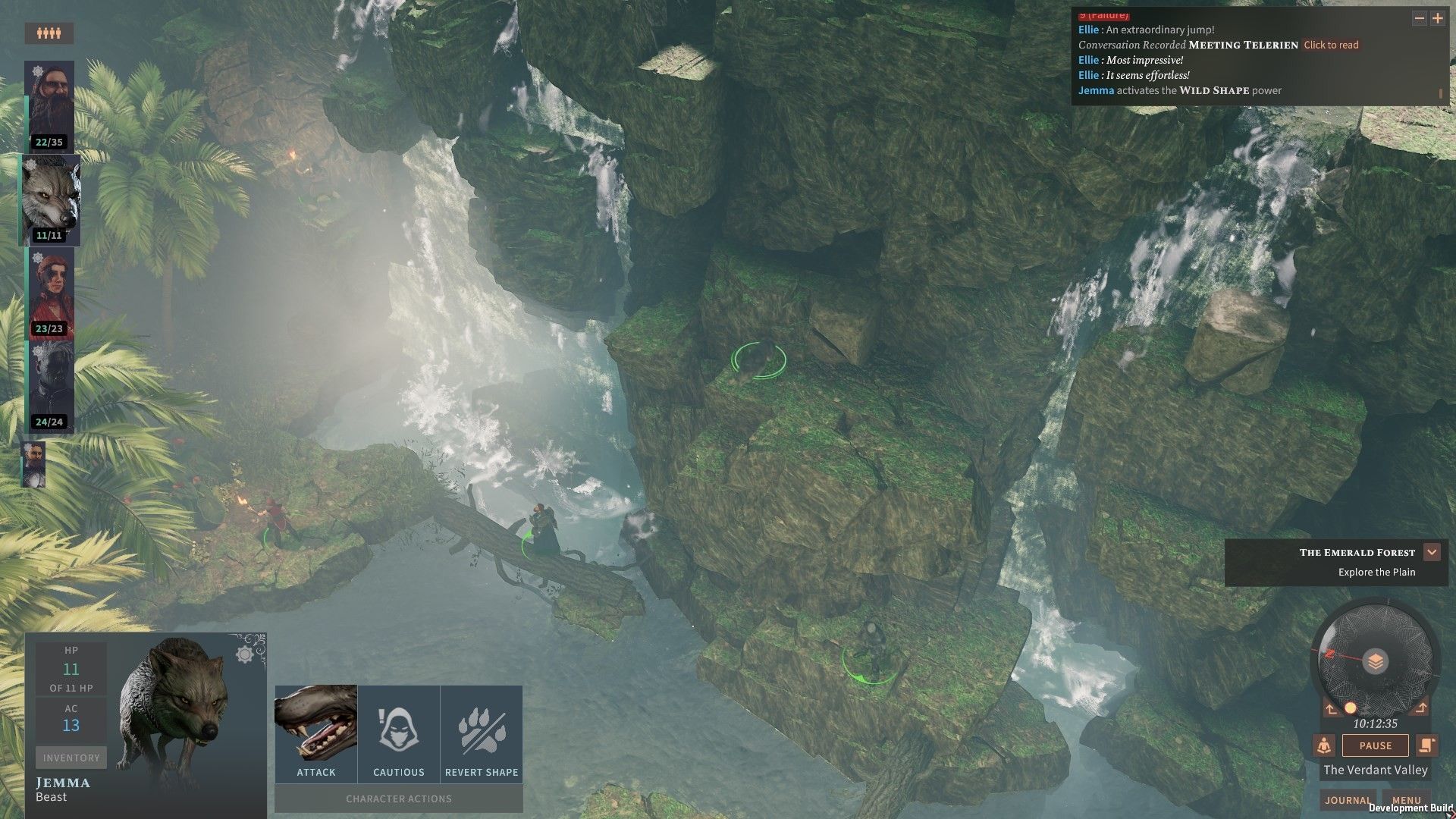 Since Lost Valley starts at level one, players can jump right into it even if they haven’t played the Crown of the Magister storyline. However, Girard was quick to point out that the tutorial in Lost Valley is extremely truncated, and players, especially those unfamiliar with how D&D works, might have difficulty figuring out how things work. On the other hand, if you have friends who have more experience, you could always play with them, and they could help you learn how everything works.

The new campaign Lost Valley also brings a new subclass for each base class. I played the preview as a Haunted Soul, the new subclass for Sorcerer. We were only level five, so it was only a small taste, but it has a lot of necromancy feeling. There was one spell, in particular, that was cool. It filled a 15-foot cube with vengeful spirits, and its animation was amazing. Sadly, I used it when we were fighting undead, so it was much less effective than it otherwise would have been. Aside from that, I’m looking forward to giving the Swift Blade a try, the Ranger subclass with an assassination focus, which seems like a blast.

Last but not least, Lost Valley is also bringing a host of new content for the Dungeon Maker as well. Not only are all o the new environments and monsters available, but there will also be a new quest system, a new dialog system, and a new custom loot table system. These options allow players to create even more comprehensive adventures in the Dungeon Maker. The only thing missing at this point is a DM mode! Lost Valley and the Multiplayer update will be available on April 14th.