Earlier this summer Zenith: The Last City, a VR MMORPG, had its first alpha phase, and I was impressed. As the second alpha began, I initially thought that there would only include few improvements since the last alpha with just two months prior. The RamenVR team surprised me with improved tooltips, new features, content, and fixes.

The first thing I noticed was that I could adjust a number of comfort settings for movement in Zenith. I immediately started tinkering with options until I was happy with how my avatar moved through the game world. 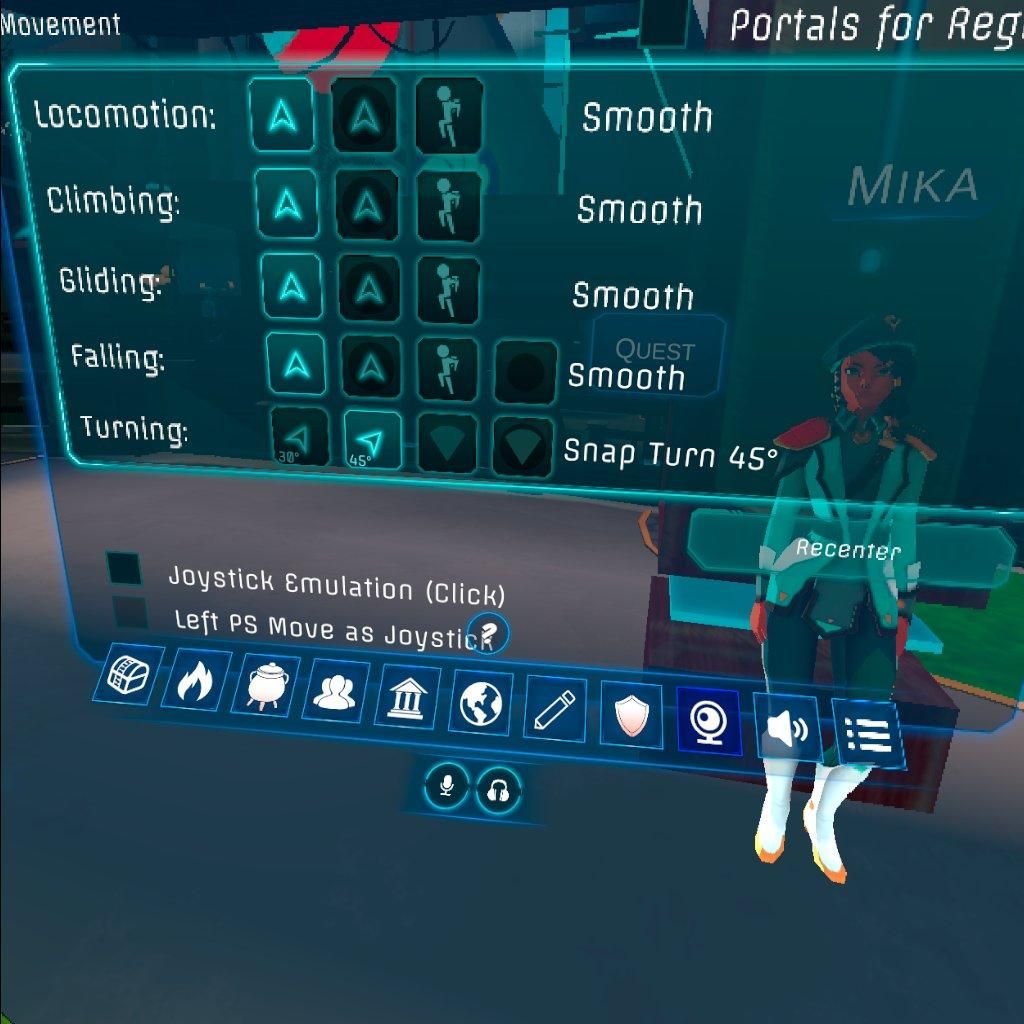 Jumping back into the game as a Blademaster, I was happy to see the tooltips for various abilities had improved. Combat was relatively unchanged from the first alpha, and blocking enemy attacks reliable is still a challenge. I found myself getting hit by enemy area of effect abilities regularly even after I used the dash ability to get out of the way. Combat is enjoyable, but I am looking forward to the team implementing the physics-based sword handling for Blademasters to throw their weapons in future test phases. 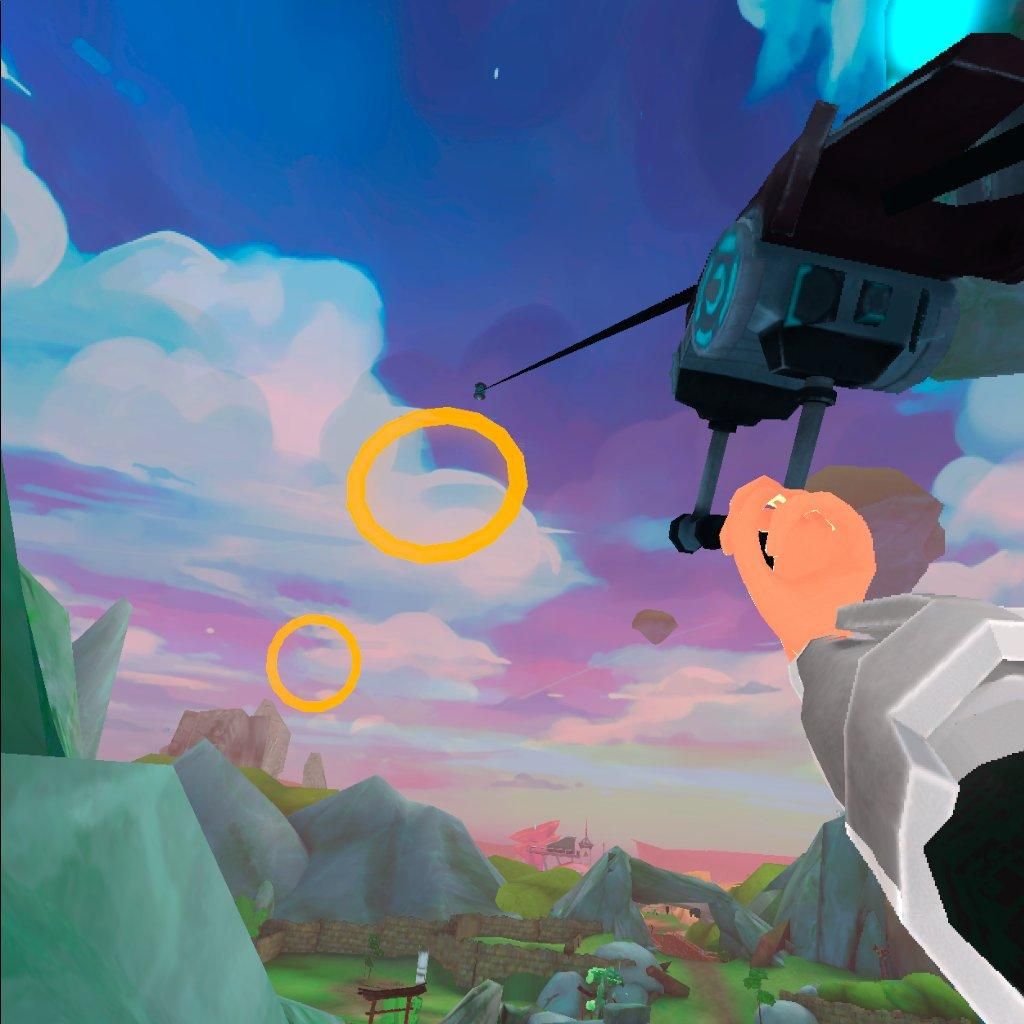 A new short gliding tutorial mission was fun and introduced me to using zip lines. Looking around the various areas, I could see zip lines added in different spots. By using these, I could catch updrafts while gliding to help speed up travel or avoid enemies. 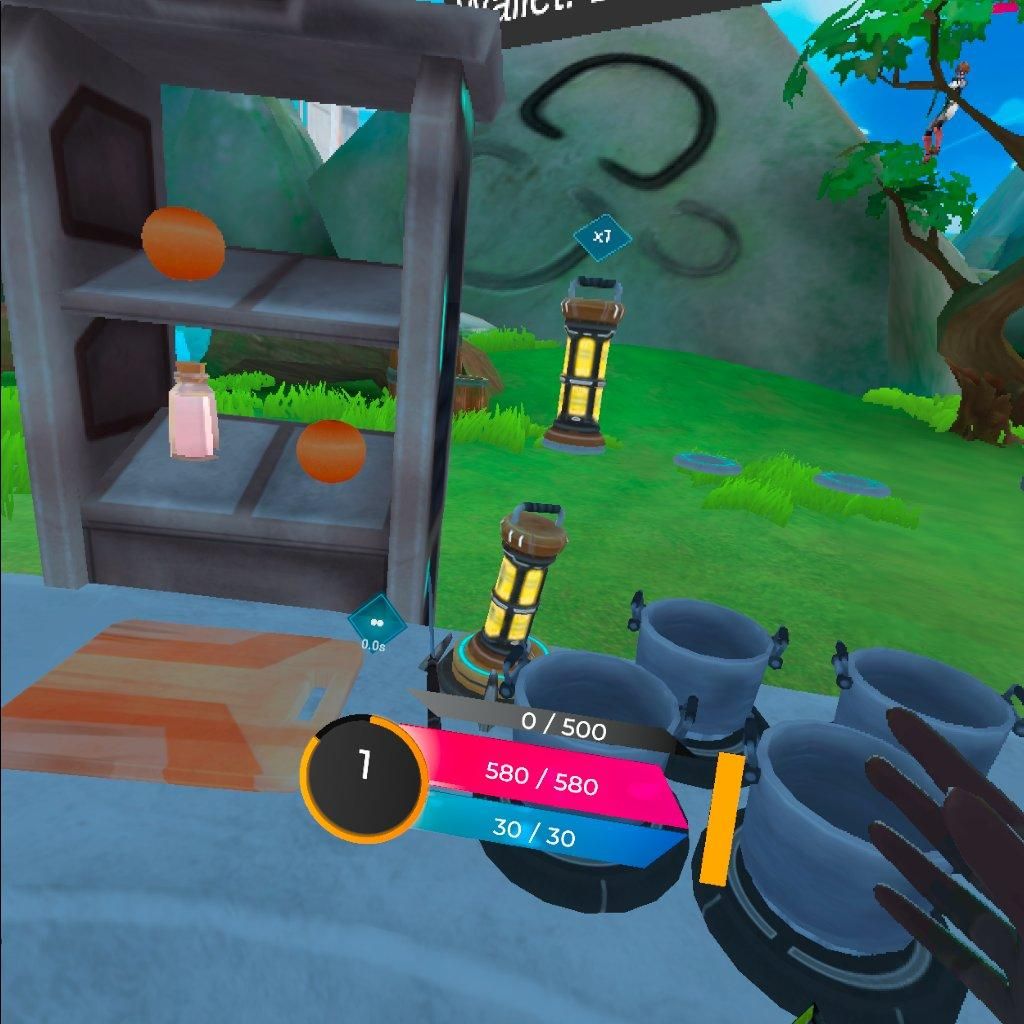 The new cooking system also has potential, and I can’t wait to see what the team has in store for other professions. Once I figured out where everything was on the cooking station and how to place different ingredients for chopping/heating/mixing, it was a lot of fun.

I also noticed design improvements once I arrived in the Amarite Forest. For example, the developers had added more verticality to the temple, making exploring the area more enjoyable. 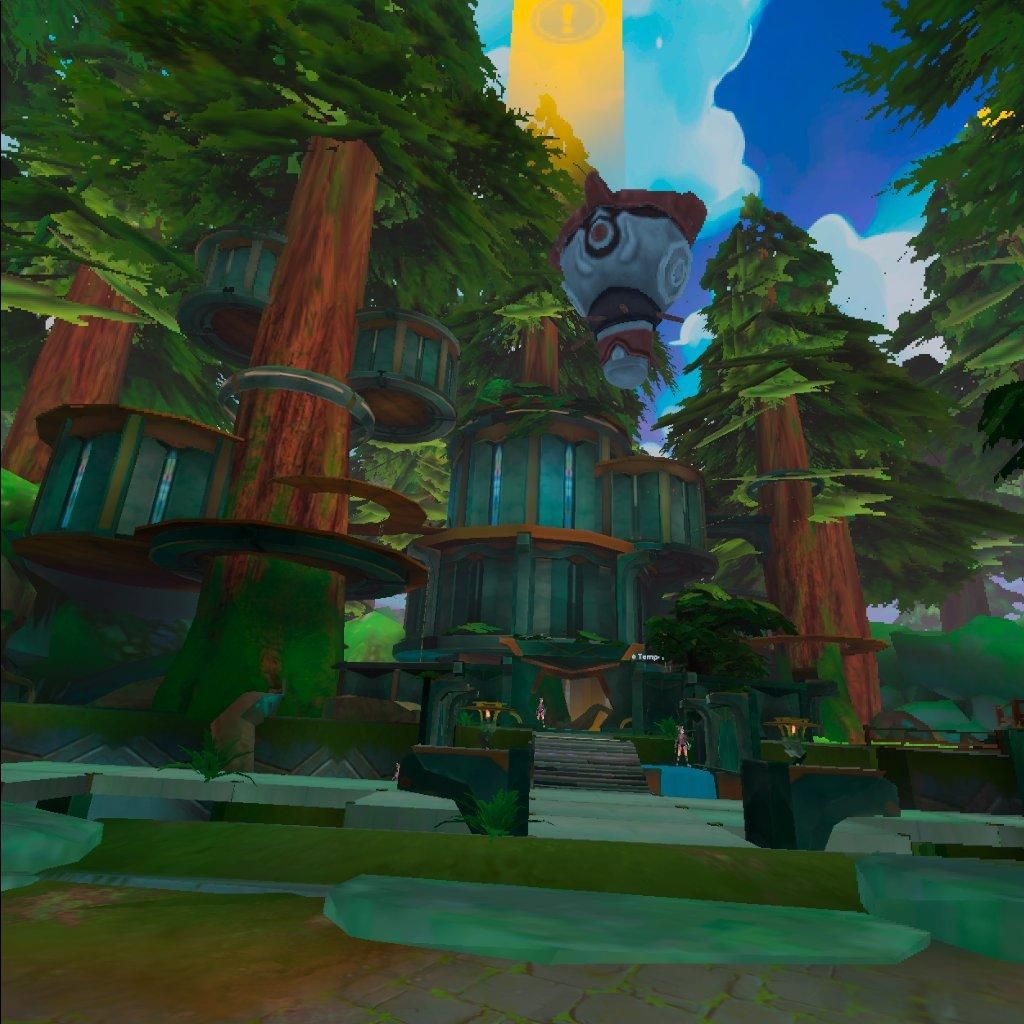 Playing on a Quest 2 I did notice a few more technical issues during the second alpha. There was more stuttering in the main city when I first created my character. Also, annoying momentary black bars would appear when turning my head left and right as the headset tried to keep up with rendering.

I found character progression to feel slow during the second alpha, maybe because it was my second time through the same areas. It was steady, but it just didn’t feel as rewarding. As I started to explore a new area my power level felt lower than what was needed. I had to go back and grind out at least an extra level I could be effective. Spawned events also felt difficult to compete unless I was a couple of levels higher than the event or had other players along.

I reached out to Andy Tsen, Co-Founder/CEO of RamenVR, about his thoughts on the second alpha and what is next for Zenith.

MMORPG: From your and the team’s point of view how did Alpha Phase 2 go overall?

Andy: Our goal with Alpha 2 was to significantly expand the scope of our feature set, which I think we did successfully. People may not have noticed everything we put in the game, but there were pretty massive additions on the systems side. We introduced 4 new playable roles, added cooking, swimming, guilds/parties/friends/more fine-tuned VC, and these were just some of the highlights. On that front, I think we did really well.

We also added 30% more playable space than the last Alpha (and we're not done by the way!)

I think the content was a bit less polished and balanced than Alpha 1, and as a result, we had a lot of people cheesing their way to 40, or just flat out not getting a chance to explore all the new content, but we now have double the designers (2!) who are focusing almost exclusively on content, so we know we can get polish and content much better for launch. That being said, I think Alpha 2 was a great success!

Andy: People instantly found the highest payout repeatable quest on day 1 and learned how to cheese it. We had max-level characters by the end of the second day. People literally played the game for 24 hours a day, which was pretty surprising.

I don't think this was bad, necessarily, it just shows that many of our players care a lot about efficiency when looping through the leveling experience.  We patched that up instantly, and we are definitely excited to move forward.

I was also surprised by how well cooking was received, given that the feature was relatively unpolished, and is pretty hard to use, people still flocked to it. I think it shows that we need to make this one of the core things we focus on for Beta.

MMORPG: As a Blademaster, it can be sometimes difficult to judge where your weapon needs to be placed when blocking attacks. Will there eventually be visual indicators?

Andy: One of our core pieces of feedback was the core game feel of combat, and so we have made improvements on that.

In the latest iterations, we have made blocking massively more tactile and physical. We have some really exciting developments for the blade master that we can't wait to show off, but it's not quite ready to reveal yet.

MMORPG: In the last Alpha enemies were not pathing, at what testing phase can players expect to see them become a bit more dynamic?

Andy: We now have pathing and patrols. We expect users to be able to see a lot of improvements on our AI during Beta 1.  AI and combat will feel much more dynamic in the next phase.

MMORPG: How is development progressing on Zenith at this point?

Andy: Development is going really well! Always too much stuff to do, but we have a really special team. The team dynamic and the fact that everyone cares so much about the project is what keeps me going. So many people are counting on us to create something amazing, and we won't let them down.

MMORPG: Will there be another phase of Alpha testing or are you planning on moving into Beta next?

Andy: We will be moving onto Beta next.

MMORPG: Any highlights/features players can look forward to in the Beta?

Andy: I'm personally really excited for players to see all the changes we're making across the core game loop, progression, and cooking, it should make for a much more cohesive and polished experience during Beta 1

MMORPG: Any ETA on the Early Bird Beta?

Andy: Not yet. Our stance is that when we have a beta candidate, we will announce the date. But it's just too hard to predict in advance and we don’t want to let people down by announcing too early.