This week is going to be a very exciting time for Black Desert Online players with the simultaneous awakening of the Drakania class and the start of a brand new season.  While the Drakania class was released on April 6, at the beginning of the previous season event, its awakening form was not available at the time. This left the class the feeling somewhat incomplete and less flexible than the other classes in the game. Starting on July 27, 2022, players will have the option to unlock this powerful, second form for the Drakania while earning tons of rewards by playing on the new seasonal servers.

When the Drakania class was originally released, I found it to be slightly underwhelming despite having incredibly cool and flashy aesthetics. With the release of her Awakening form, almost all of those problems have been shored up. My biggest complaint with the class is that everything about it felt sluggish. Sure, her Succession attacks are powerful, but they can be easy to dodge in PvP and her PvE grinding speed wasn’t great compared to many other classes.

In addition to her sideways and forward Super Armor dodge with Dragonwalk, the Drakania now has access to 4 gap-closing attacks and an upgraded version of Markthanan’s Wings called Dragon Flight where she lifts off the ground to chase her enemies. This gives her some amazing chase potential in PvP and also allows her to move between groups of mobs with ease. The Drakania still struggles with sideways and backwards movement, so players used to spamming dodge will need to adjust, but overall she should be able to keep up with most other classes now.

Not only is her movement improved, but her attacks in Awakening form are much quicker than her Succession abilities. No longer do her attacks need to be charged up or use stored-up Ions to be effective. The Awakened Drakania attacks are quick and powerful without needing to use any type of gimmicks. 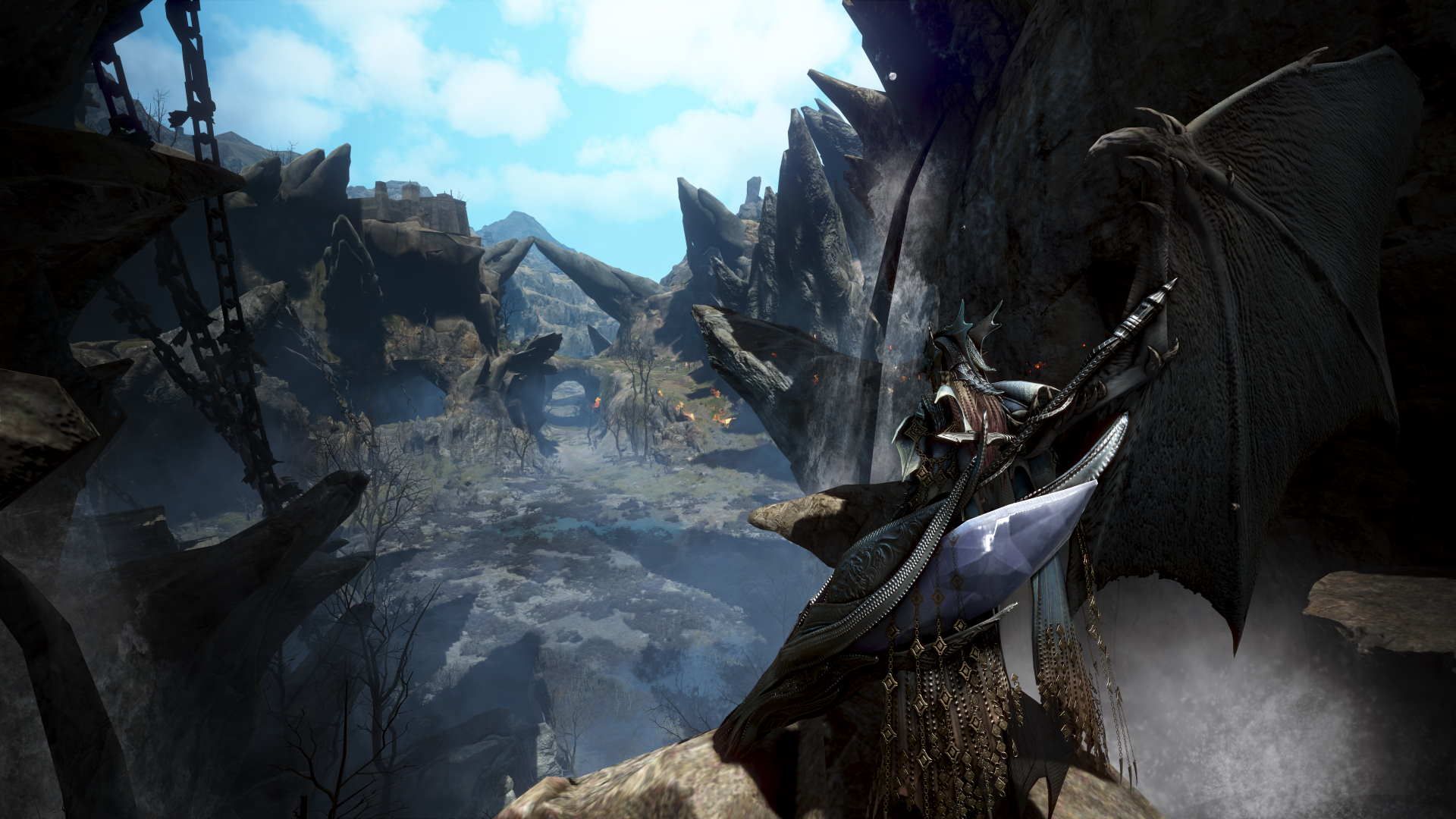 Finally, the Drakania now has access to a plethora of protected attacks in the form of Forward Guard, Super Armor and Invincible. One of these attacks is even a powerful ranged-grab with Super Armor and a follow-up Down Attack.

With increased mobility, the addition of a grab, and much quicker attacks the Drakania is now a force to be reckoned with instead of a one-trick tank. However, I haven’t yet touched on what makes the Awakened Drakania truly unique.

The new awakening weapon for the Drakania is called the Trion and starts off as a set of dual-wielding spears. This is cool enough in its own right, but there’s a second stance with its own set of abilities and aesthetics. The Legacy ability allows the Drakania to switch between Hexeblood (dual spears) and Dragonblood (spear and dragon armament) stances each with the own buff; Hexeblood provides a 10 percent boost to attack speed while Dragonblood increases all AP by 15. Additionally, even if a skill from the two stances shares a name, they still have separate cooldown timers.

Having two separate stances gives the Drakania a ton of skill options, and thankfully the two stances can be transitioned almost simultaneously. Legacy can be cast manually at any time with a 4 second cooldown, or can be activated at the end of any other skill, and certain abilities such as Storm Maul and Doombringer will force a change to their respective stances.

While remembering what causes a stance change and how to optimally perform all of the different combos can be incredibly complicated, the class doesn’t feel clunky at all, which is a huge improvement from the Drakania’s Succession form. Additionally, she has so many Forward Guard, Super Armor and Invincible attacks between the two stances that it should be possible to be almost fully protected during any offensive assault with the proper combinations. 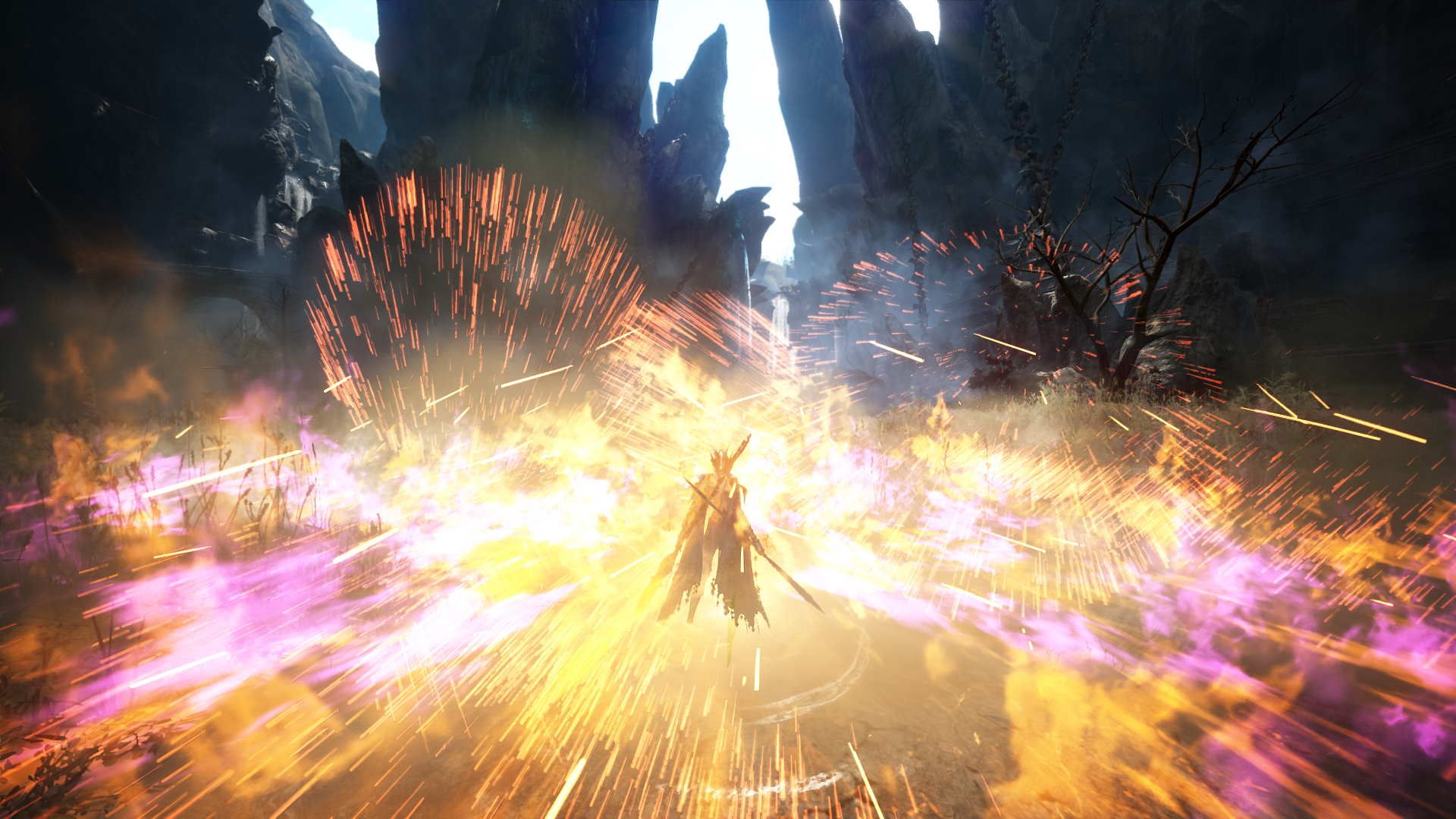 Even though I’ve only spent a short amount of time with the class during the preview window, it’s shaping up to be one of my favorites in the game. I had high hopes for the Drakania at launch and unfortunately found her to be a bit underwhelming, but with the release of awakening I will definitely be giving her another chance.

Although this update improves the Drakania across the board, she still isn’t quite perfect (as no class should be). None of her PvP crowd control skills with stun, knockdown, or floating have any sort of protection. This requires players to use unprotected skills and risk getting knocked down themselves or rely solely on her grab to do any significant damage.

This can be slightly improved with the Selected Skill modifications, but you can only choose one at a time. Aerial Burst can be enhanced to add stiffness and knockdown while Spiteful Soul can add stiffness, which isn’t that powerful on its own but does make landing the other knockdowns easier. Finally, Sundering Roar and Tectonic Slam can get Super Armor while Forward Guard can be added to Tip of the Scale or Savage Decree.

For PvP, adding Forward Guard to Savage Degree seems like the best option because it’s a very quick attack that floats on the first hit and flows into a Down Smash attack with Concealed Claw. On the PvE side, adding Super Armor to Sundering Roar should improve clearing speed as the skill does a significant amount of damage while adding pain and burning damage over time.

I hope you’re as excited as I am to see the Drakania awakening in action starting this week on July 27, 2022. New and returning players can create a brand new Drakania on the seasonal servers to earn lots of rewards for leveling up and completing the Black Spirit challenges, and those who already have a high-level Drakania should be able to unlock her awakening form right away through a series of short quests.